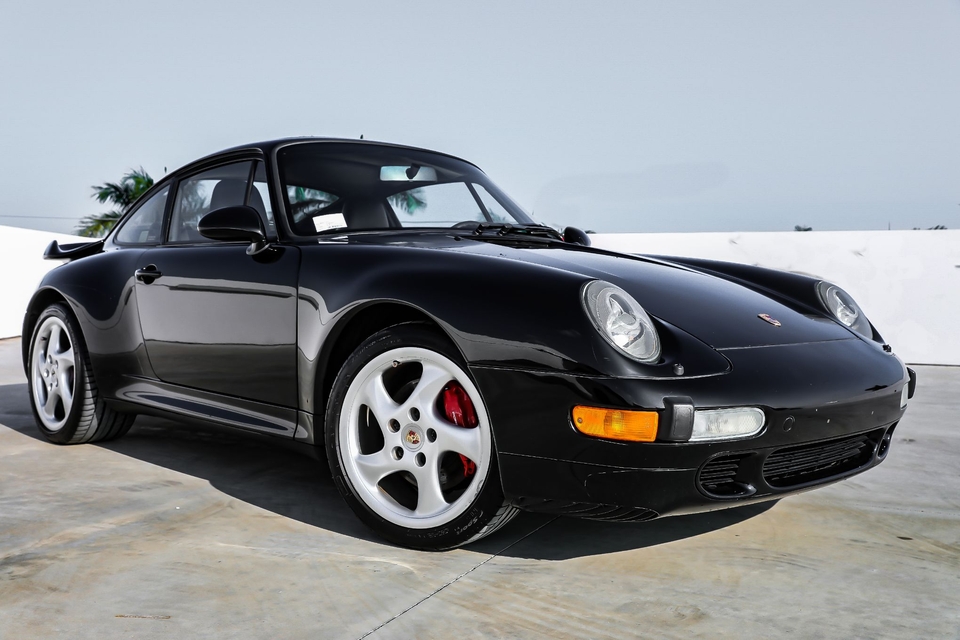 Now available for auction is this 1996 Porsche 993 Turbo finished in Black over a Black leather interior.  Representing the final generation of the air-cooled Porsche 911 Turbo, this 993 is considered to be among the most celebrated and highly collectible 911’s on the market.  Having been meticulously looked after in a prominent collection over the past 3 years, this Turbo recently underwent a major engine-out service within the last 50 miles in preparation for sale.  This beautifully maintained 1996 example is now being offered by its seller in Florida with approximately 61k miles shown on the odometer. 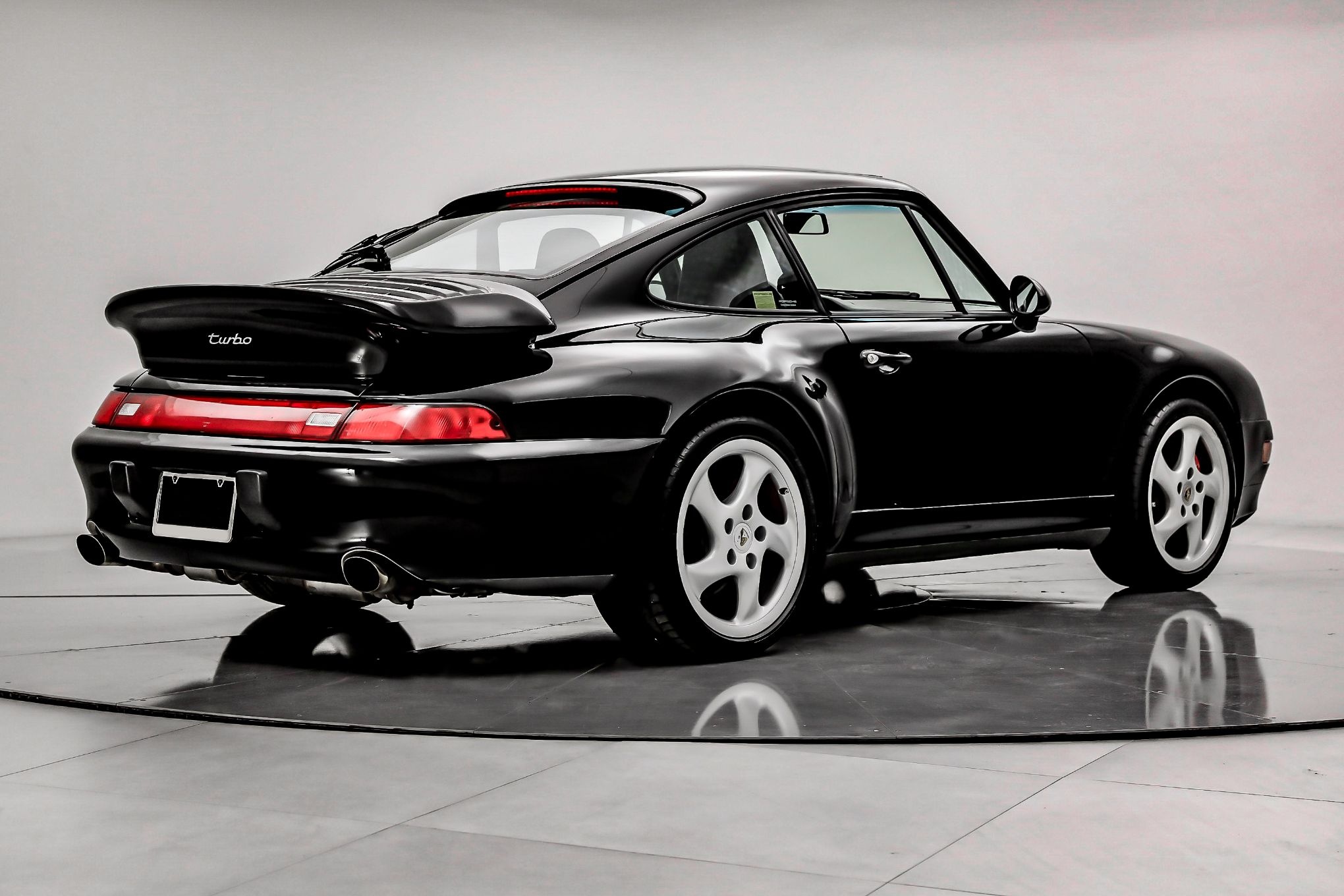 The Black finish on this 993 is reported to be in very good condition.  The seller notes that the driver’s side front fender was professionally refinished to maintain an excellent overall appearance, although the rest of the paint on the car is said to be original (detailed images are provided in the photo gallery and paint meter readings are in progress). In traditional fashion, the 993 Turbo was debuted with revised bumpers, wider bodywork, and a rear spoiler to accommodate the intercooler under the decklid.  This 993 also retains its signature 18” hollow-spoke Turbo Twist wheels which have been dressed in brand-new Michelin tires within the last 500 miles. 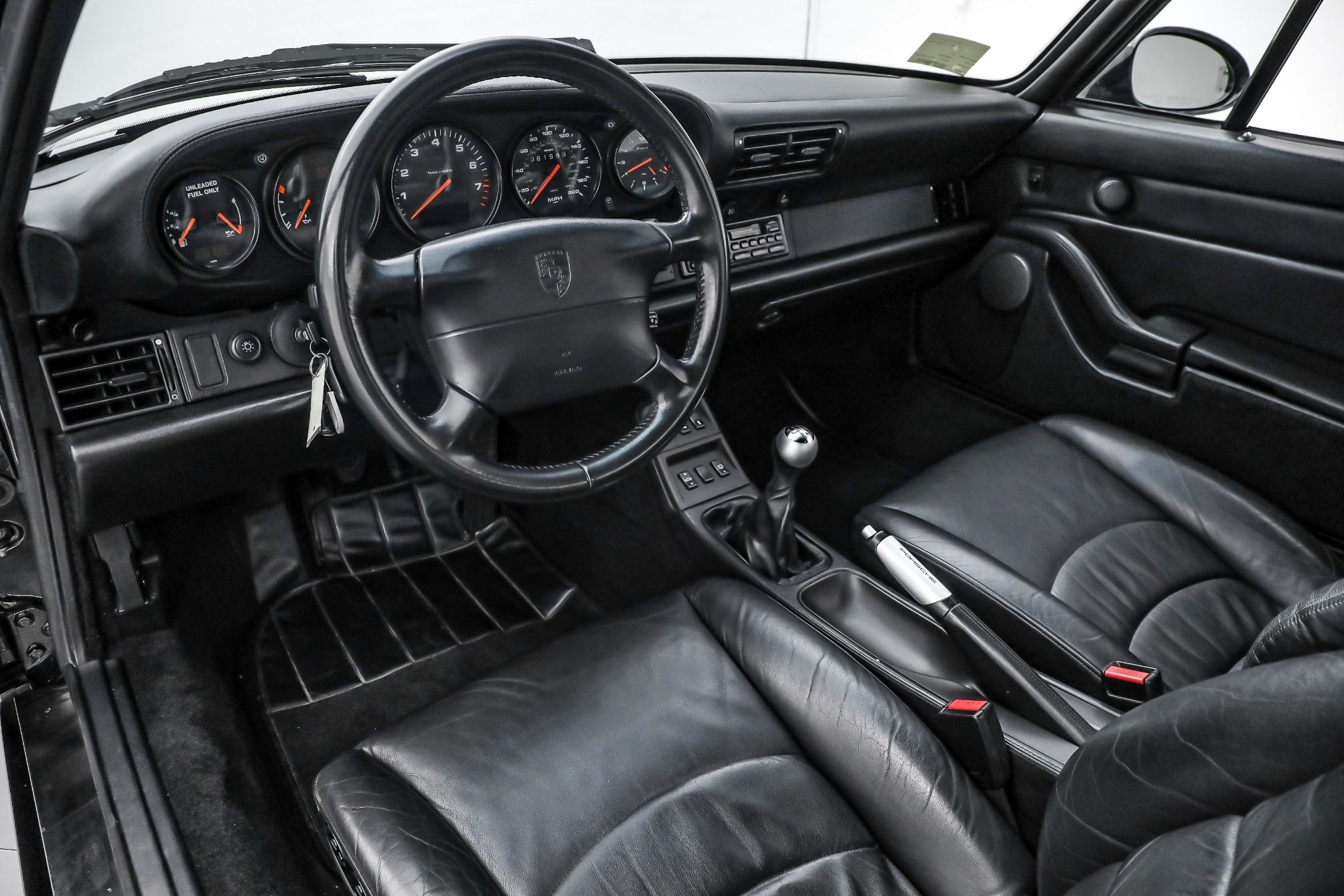 Inside, the Black leather interior has been preserved in excellent condition with only minimal signs of wear on the driver's seat. The original radio remains in place, 2 new window regulators were recently installed, and the seller confirms all gauges and accessories to be working properly.

This 993 is equipped with an air-cooled 3.6 L twin-turbocharged flat-six engine paired with a 6-speed manual transmission.  408 HP stock is distributed among all 4 wheels allowing for an originally claimed 0-60 time of approximately 4.4 seconds.  This example has been equipped with an aftermarket Fabspeed exhaust system which provides an increase in power as well as enhanced sound.  Under the current ownership, this Turbo has been professionally maintained by 2 private mechanics with experience ranging from Porsche’s Motorsport Department to the Manthey racing team.  A major engine-out service was carried out within the last 50 miles which included a new clutch, pressure plate, and throw-out bearing as well as new fluids, spark plugs, belts, filters, and an engine reseal.  The car is said to be in exceptional driving condition with all routine maintenance up to date. 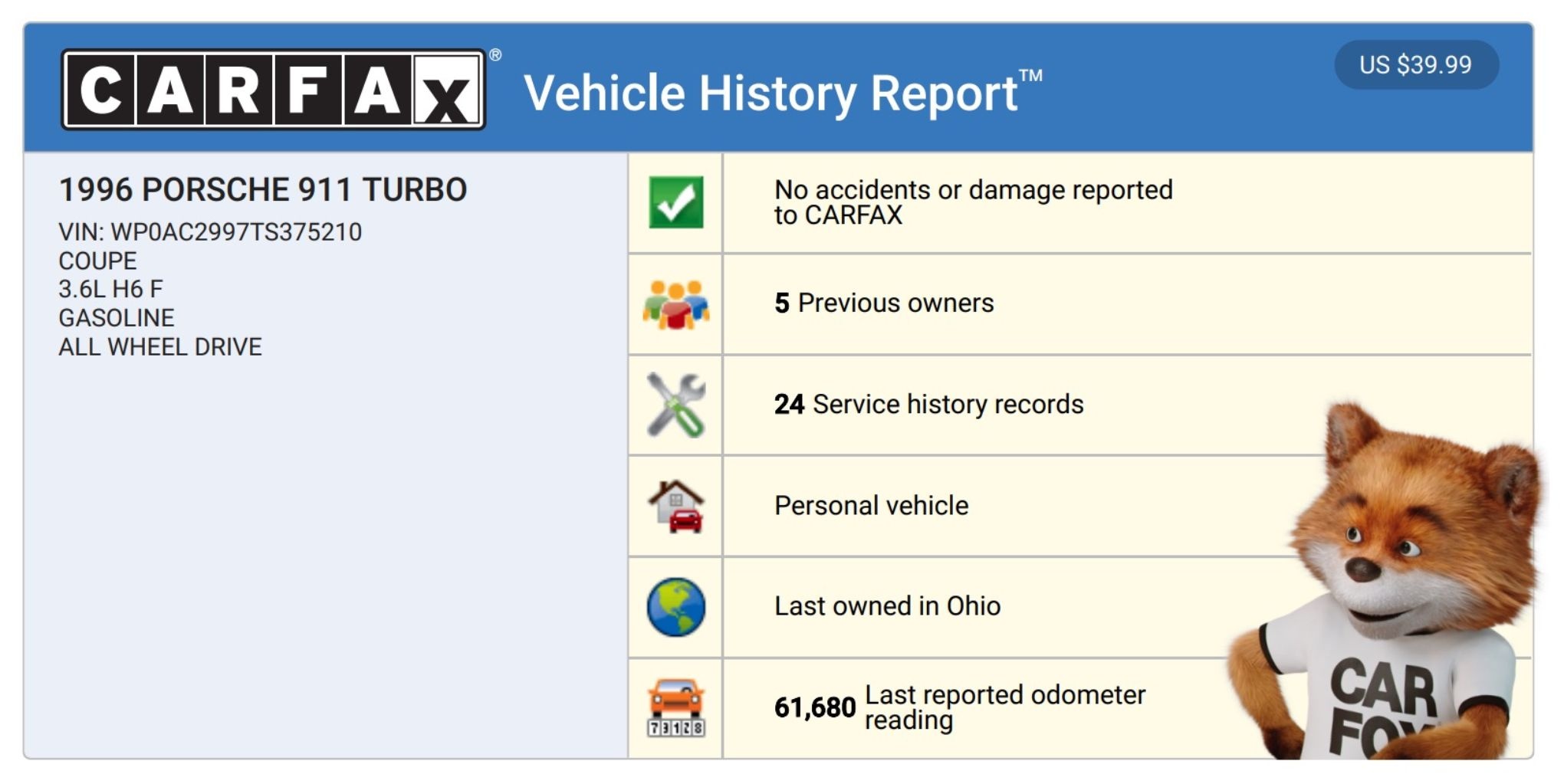 This sale will include a set of 2 keys, a clean title and the original books, tools, spare tire, and CD changer.  If you have been on the hunt for a nicely presented 993 Turbo, this 1996 example makes an excellent choice.