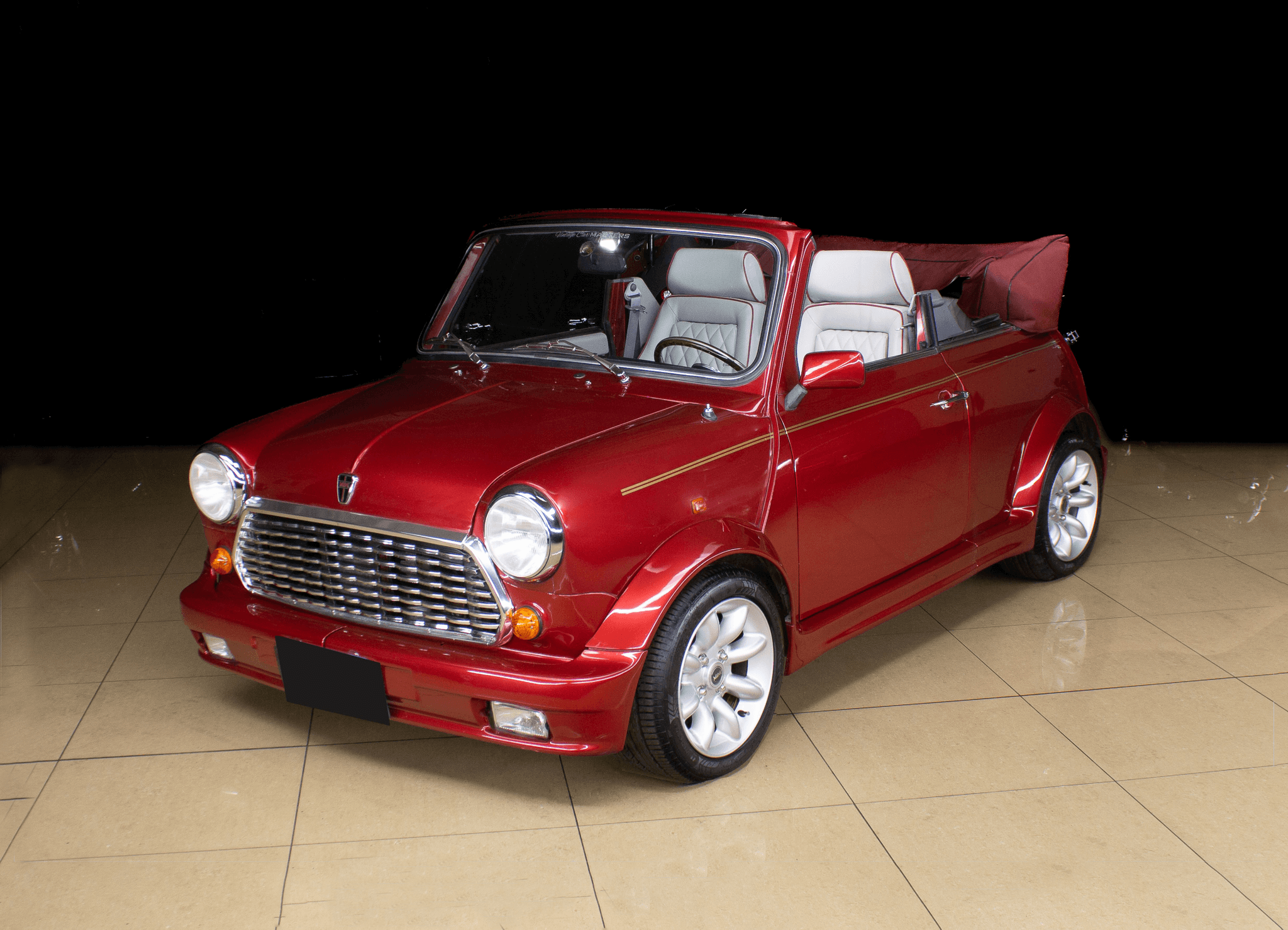 Available for auction is this 1996 Rover Mini Cabriolet finished in Nightfire Red over a custom grey leather interior. Launched at the 1992 NEC Motor Show, the Rover Mini Cabriolet featured an open roof and extensive body strengthening to maintain its structural rigidity. The Cabriolets were produced on the same assembly line as the fixed roof variants and as such did not receive a unique run of VIN numbers, however, 1,081 examples are believed to have been produced according to the BMW archive. This 1996 example was acquired by the seller from its second owner in Italy and was subsequently imported into the U.S. It features a 1.3L inline-four cylinder engine, a color-matched body kit with fender flares, a custom grey quilted leather interior, a Moto-Lita steering wheel, Minilite wheels, and more. It is now being offered for auction by its seller out of Maryland while showing just under 38k kilometers (24k miles) on its odometer. 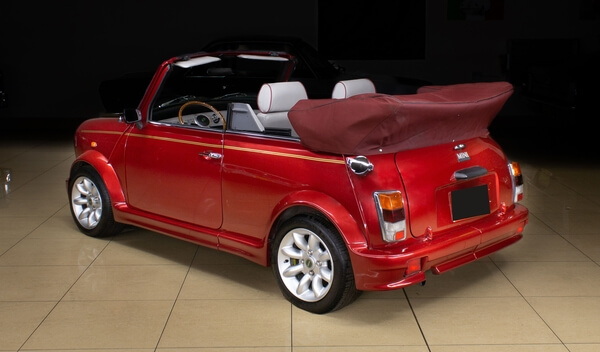 In order to maintain structural rigidity when removing the fixed roof, Rover reinforced the seat cross member, A-panel, and added a wider door sill over the existing sill providing an additional box section. This example is finished in Nightfire Red with gold pinstripes and a matching red manually retractable soft top. It comes equipped with a factory 12-piece bodykit including fender flares and front and rear fog lamps. The seller notes that the finish on this example remains very nicely preserved and has provided a collection of detailed images for reference. It rides on a set of 13” Minilite wheels dressed in Nanokano all-season tires. 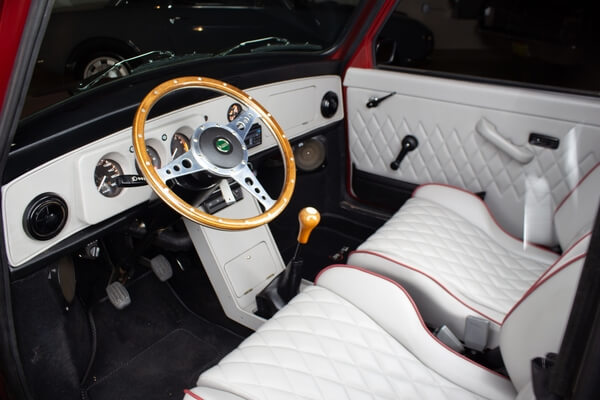 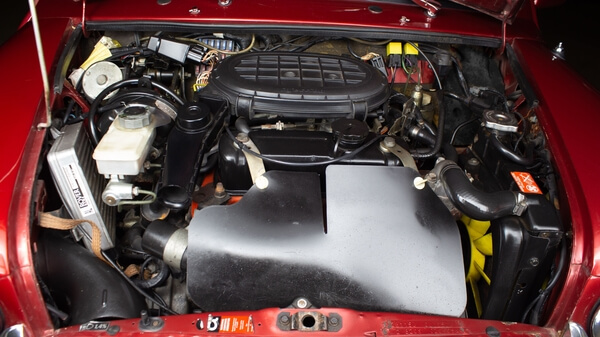 Power comes from a 1,275cc inline four-cylinder engine with 10.1:1 compression and single-point fuel injection. The front wheels are driven by way of a close-ratio 4-speed manual transaxle. The Mini features four-wheel independent suspension, quick ratio rack and pinion steering, and power disc brakes. The seller states that the car has been well maintained and serviced throughout its life and adds that upon acquiring the car a full service and inspection were carried out. 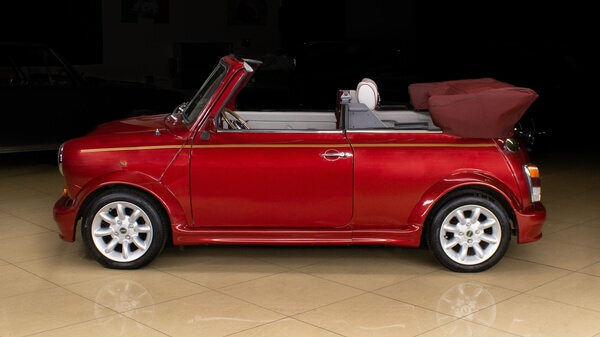 This sale will include owner’s books and a clean title.