Featuring special engine tuning, unique body styling, and carbon-fiber interior accents, the 993 Turbo S was created by Porsche’s Exclusive Department in 1997 as the ultimate 911 Turbo. This Arctic Silver Metallic example is one of only 183 cars delivered to the United States out of 345 produced in total and features a Boxster Red leather interior including special-order grey seats with deviated stitching. Cared for by three owners and thoroughly serviced in preparation for sale, this rare 993 Turbo S is now being offered for auction by its seller out of New Jersey showing just under 17k miles on the odometer. 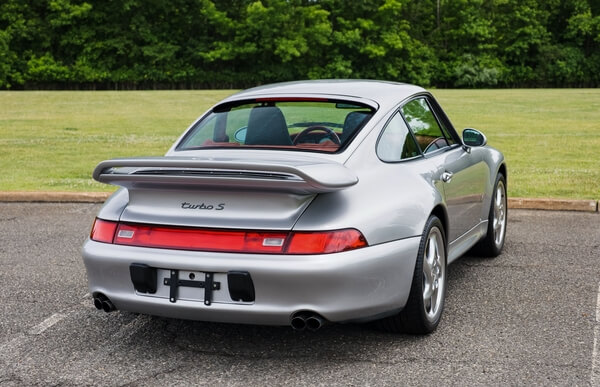 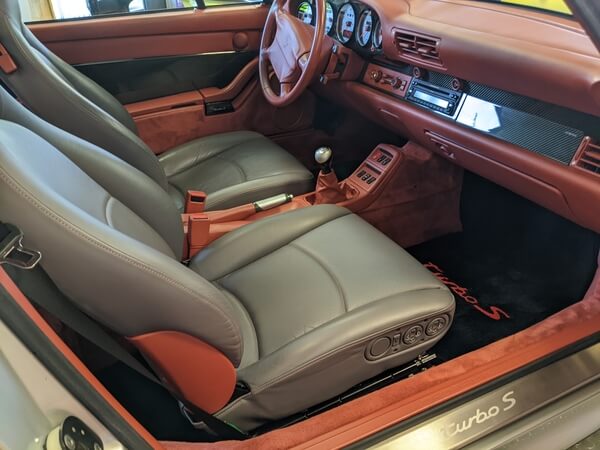 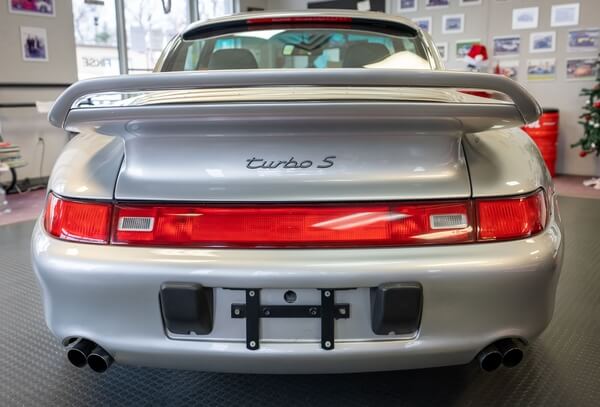 The air-cooled 3.6-liter twin-turbocharged flat-six engine comes factory upgraded with larger K24 turbos, an additional oil cooler, and revised tuning for an output of up to 424HP.  All four wheels are driven by way of a 6-speed manual transmission.  Routine oil changes are said to have been performed throughout the years and a full service was recently completed including an inspection, fuel system flush, brake fluid flush, and oil change. 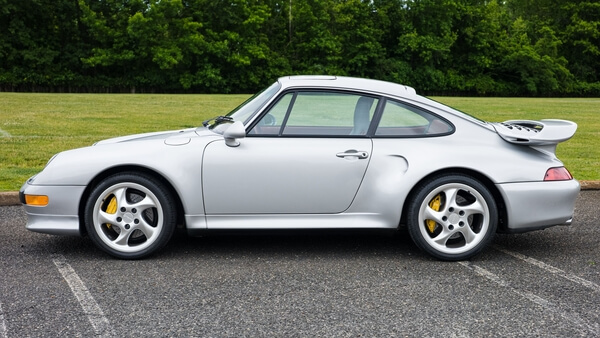