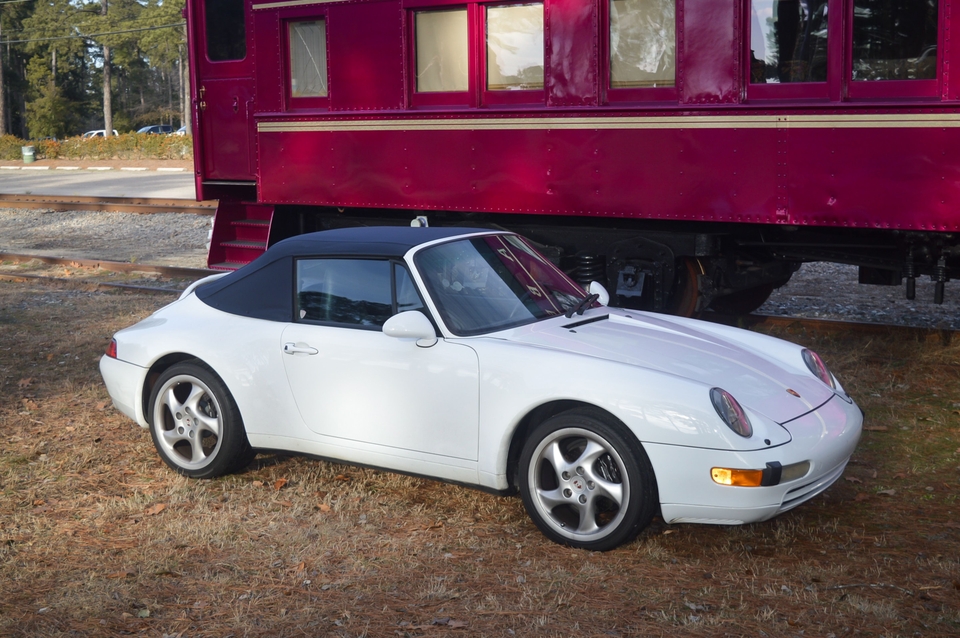 Now available for auction is this 1997 Porsche 993 Carrera Cabriolet finished in Grand Prix White over a Midnight Blue interior.  Powered by a 3.6 L flat-six engine mated to a 6-speed manual transmission, this 993 represents the final iteration of the air-cooled Porsche 911. Said to have been cherished by its original owner up until recently in 2020, this 1997 example remains true to its original specifications and is now being offered by its second owner in North Carolina with approximately 75k miles showing on the odometer. 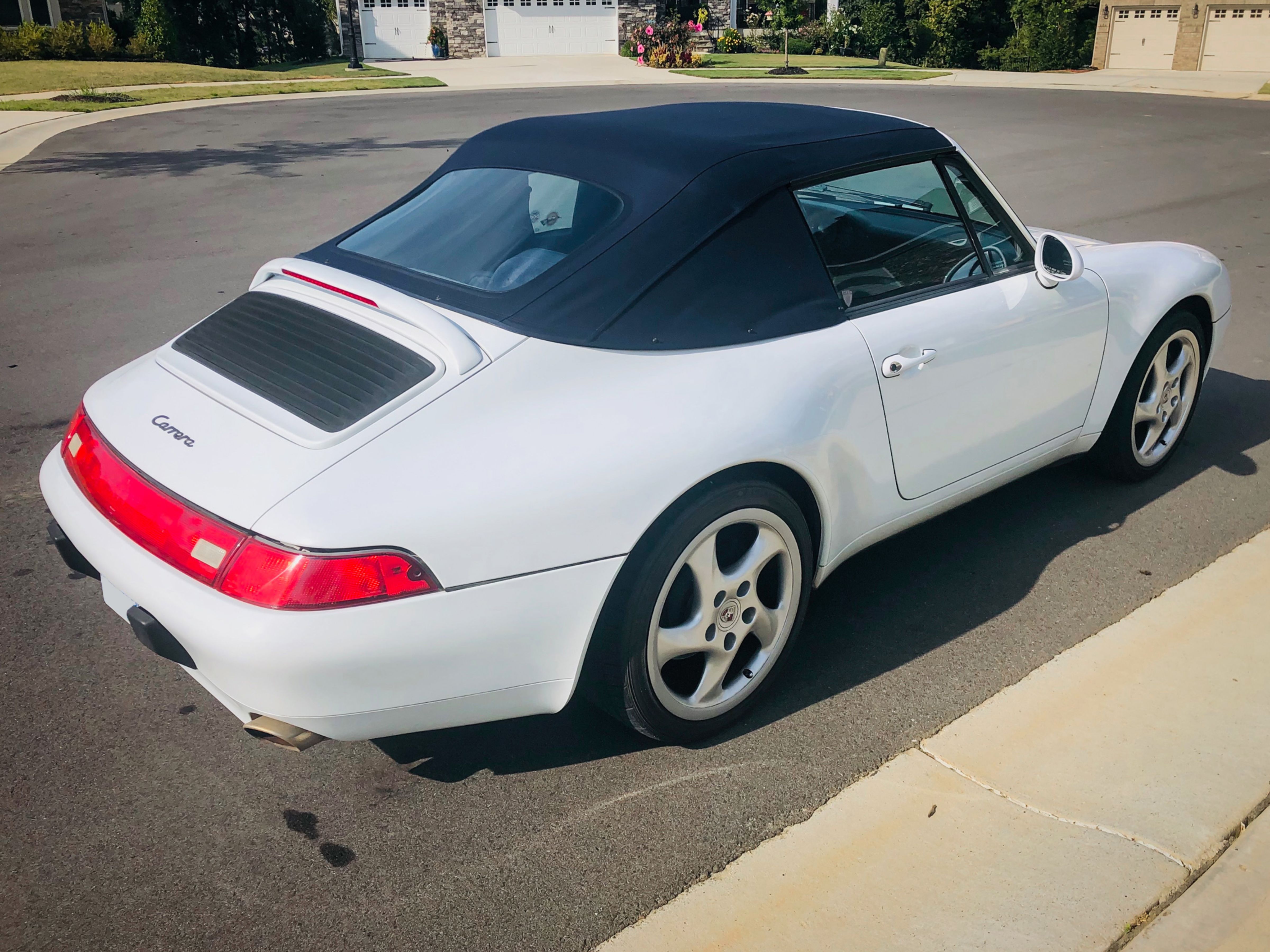 The Grand Prix White paint is reported to be in very nice condition overall and a new cabriolet top is said to have been installed within the last 2 years.  CARFAX shows very minor rear-end damage in 2007 during the original ownership which reportedly resulted in the rear bumper cover being refinished. Detailed images, CARFAX, and paint meter readings are provided in the photo gallery.  This example rides on a set of 18” Turbo Twist wheels with color center crests and a mixed set of Kumho and Sumitomo tires. 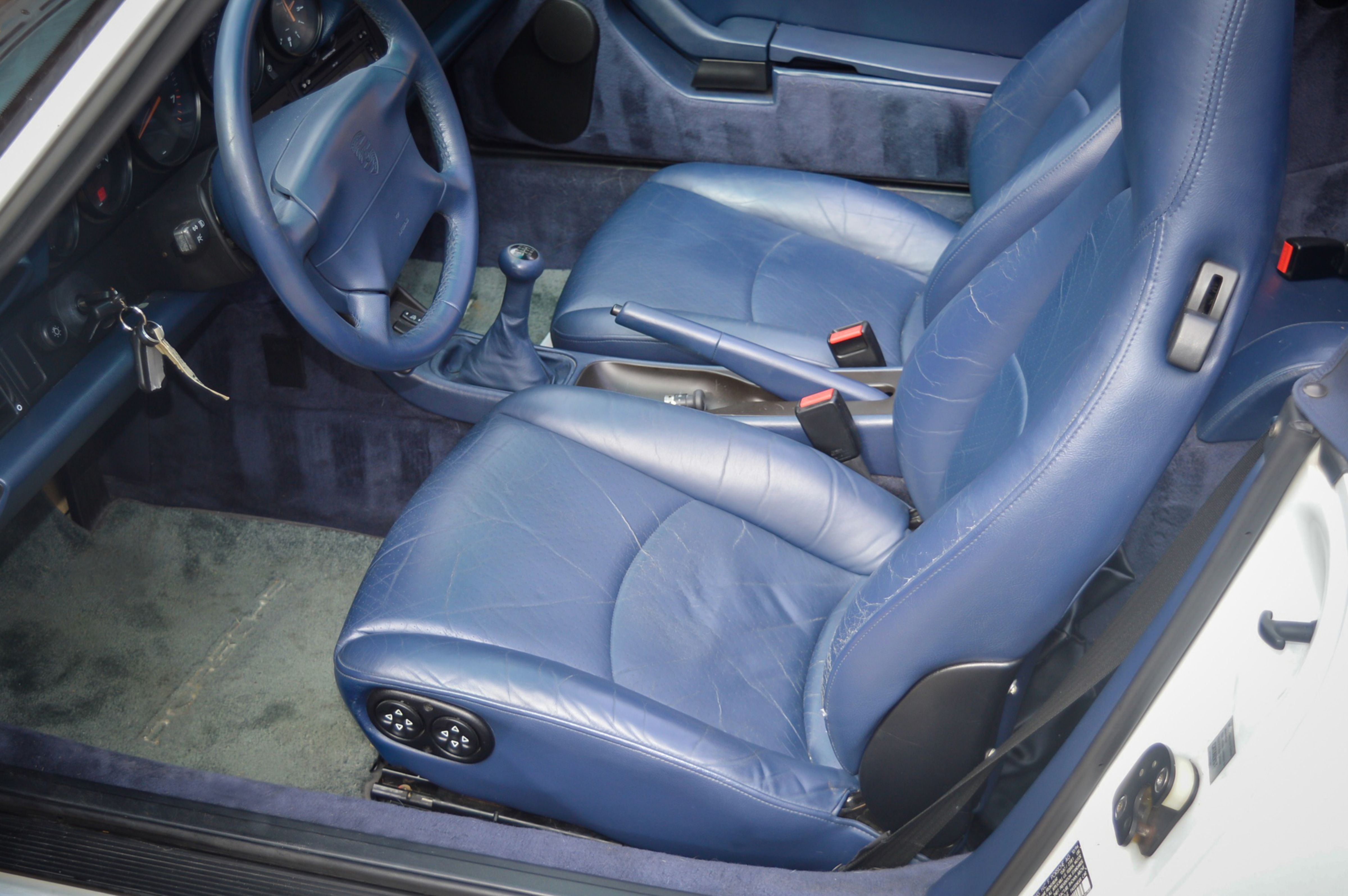 Inside, you will find a Midnight Blue interior said to be in excellent, highly original condition. The factory radio remains in place and all other gauges and accessories are said to be fully functional. 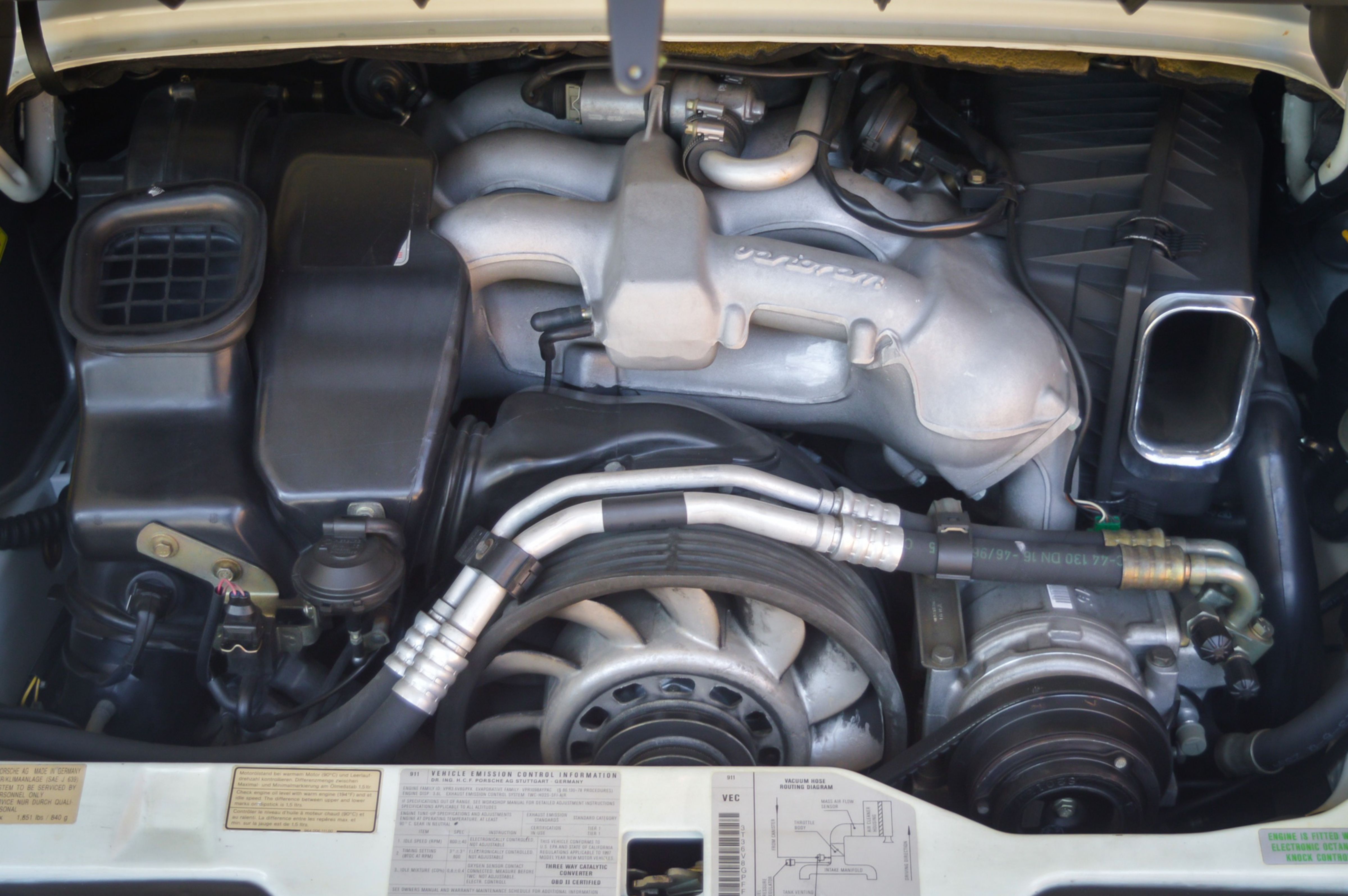 This 993 is equipped with a 3.6 L flat-six Varioram engine rated at 282 HP. The rear wheels are driven via 6-speed manual transmission allowing for a 0-60 time of approximately 5.4 seconds. Maintenance items carried out in the last 2 years are said to include new brake pads, rotors, and shock absorbers. All other routine service is said to be up to date and the seller describes this 993 to be in excellent running order with service records dating back to the original purchase.

This sale will include a clean title. Now is your chance to get behind the wheel of a proper air-cooled Porsche, do not let this beautifully presented 993 pass you by.