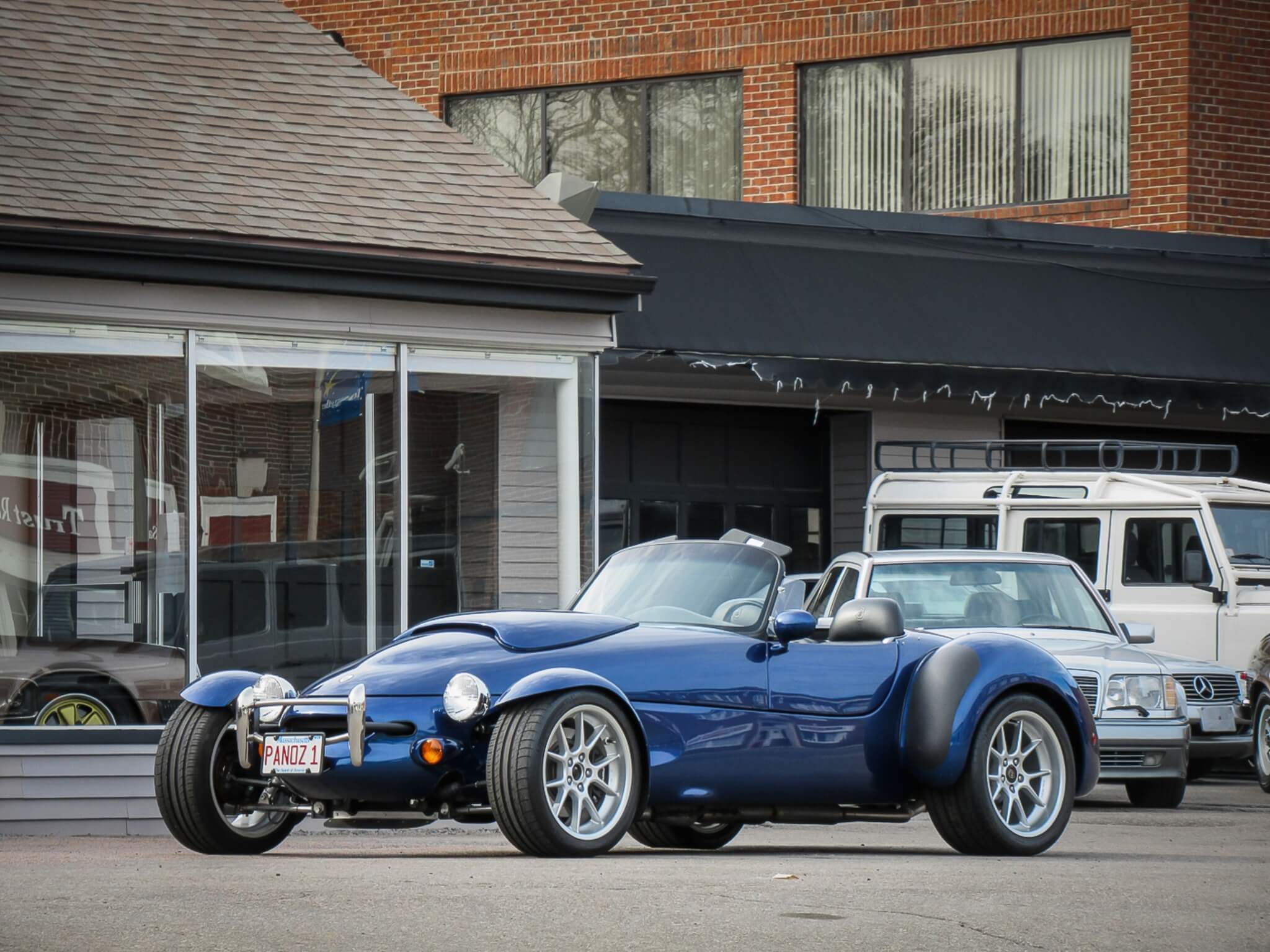 The Panoz Aluminum Intensive Vehicle (AIV) Roadster was the first American sports car to use an aluminum extruded space frame. Originally launched in 1992 as the Panoz Roadster, the vehicle received a significant redesign in 1996 and was equipped with a 32-valve DOHC 4.6L V8 engine borrowed from the 1996 Mustang SVT Cobra. This 1999 example was delivered on March 17th, 2000 by Copley Motorcars, the Northeast distributor for Panoz cars, and remained under the care of its original owner ever since. Said to be one of just 176 examples built, this AIV Roadster has traveled just over 1k miles from new and is now being offered for auction through its original selling dealer out of Massachusetts. 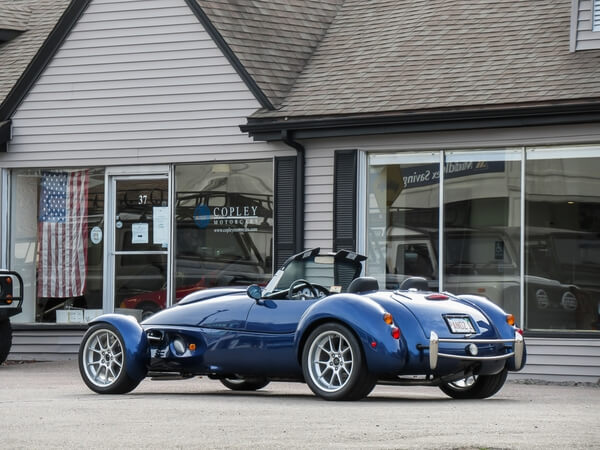 This AIV Roadster was ordered in Panoz Blue Metallic with a black two-bow soft top and side curtains. The body panels on the AIV Roadster are constructed from superplastic-formed aluminum including fiberglass fender flares. The exterior features a hood scoop, optional wind wings, black brake calipers with white Panoz script, and chrome trim on the bumpers, headlights, and trunk latches. The seller notes some rock chips on the fronts of the rear fenders, detailed images are provided in the gallery along with a clean CARFAX report. The silver 18” BBS RK wheels come dressed in Michelin Pilot Sport tires from 2011. 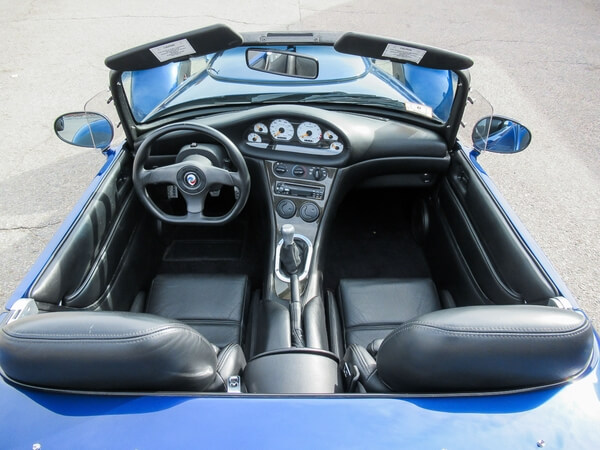 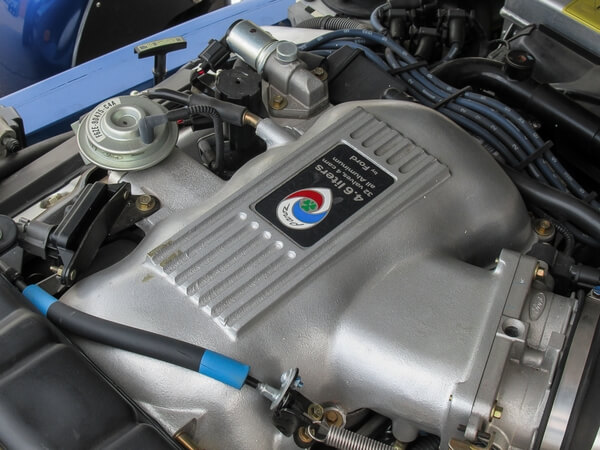 The Panoz AIV Roadster is equipped with a hand-built 4.6-liter DOHC V8 sourced from Ford’s Special Vehicles Team (SVT) division and was factory rated at 305 HP and 300 lb-ft of torque. A Borg-Warner T-45 5-speed manual transmission drives the rear wheels through a Ford 8.8″ rear end with a limited-slip differential and 3.27:1 gears, allowing for acceleration from 0-60 MPH in 4.6 seconds with a top speed of 157 MPH. Performance features include 13” vented discs with two-piston calipers in the front and 10” vented discs with single-piston calipers in the rear, and a four-wheel independent suspension with unequal-length control arms and adjustable coilover dampeners. Service records show a consistent history of maintenance including a new battery and oil change in October of 2021. 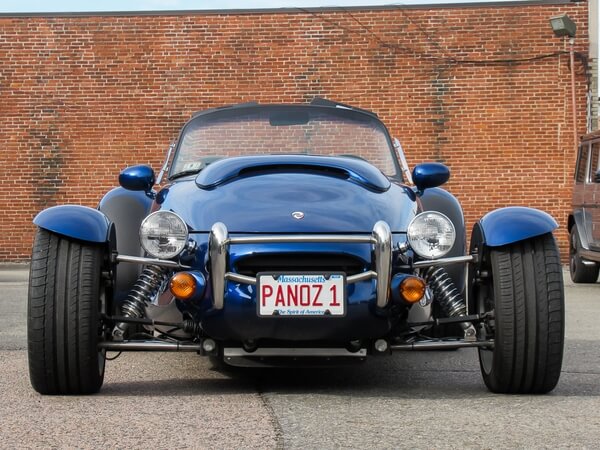 This sale will include a clean title, owner’s manuals, the original window sticker, and detailed service records.