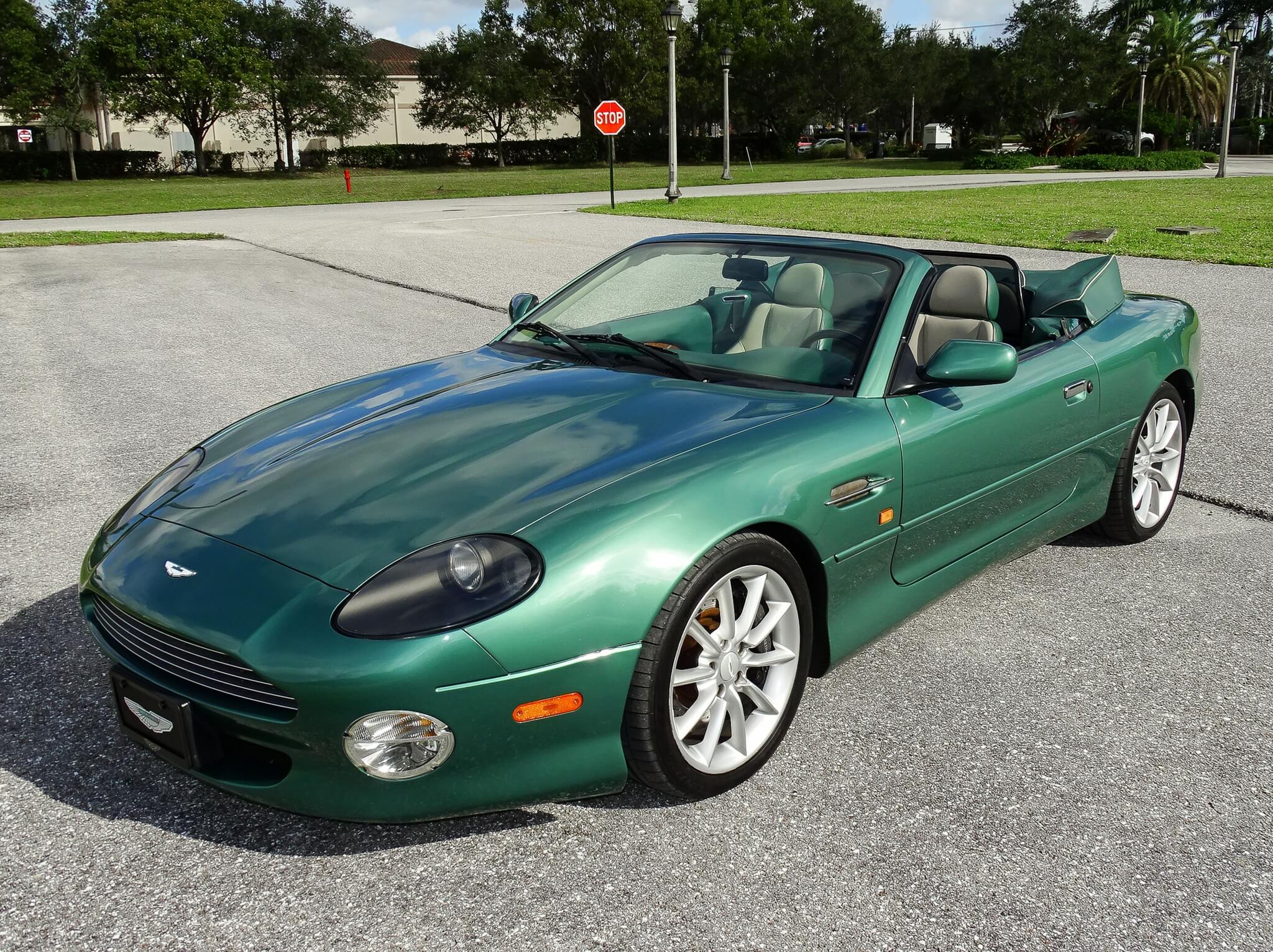 Unveiled as a more powerful version of Aston Martin’s flagship DB7 sports car in 1999, the V12 Vantage carried a new 5.9-liter V12 engine and featured more aggressive styling. The Volante convertible version was one of the fastest open-top Aston Martins ever made, with approximately 2,059 examples produced in total. This 2000 Vantage Volante is finished in Aston Martin Racing Green over a two-tone green and tan interior and features an optional 5-speed ZF automatic transmission. The car had remained in the state of California since 2000 and is said to have always been cared for by the same owner. This Aston Martin is now being offered for auction by its seller on the East Coast while showing approximately 86k miles on the odometer. 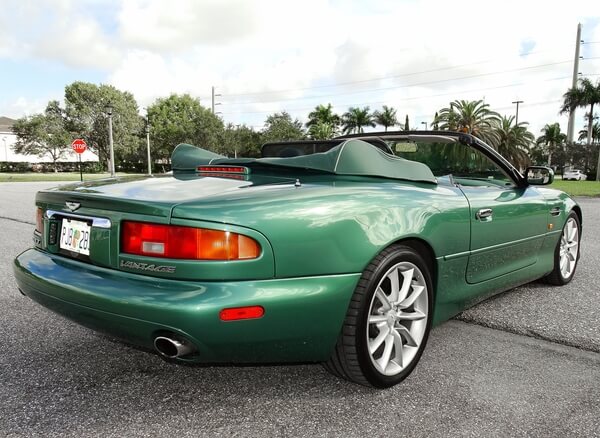 Compared to the original DB7 design, the V12 Vantage was updated with a larger front grille and large fog lamps below the headlights as well as different wing mirrors, rear fender flares, and revised sill panels. This Volante is finished in Aston Martin Racing Green with a green convertible top and matching boot cover with tan piping. It rides on factory 18” wheels mounted with Continental tires showing production dated codes from 2021. The seller describes some signs of road-going wear consistent with the car’s age, detailed images are provided in the gallery along with a clean CARFAX report. 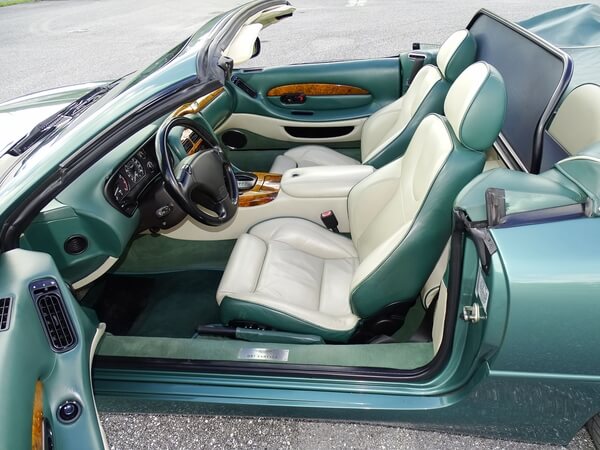 The cabin is trimmed in a combination of Fern green and Parchment tan leather with matching green carpets and decorative burl wood veneers. Amenities include heated and power-operated seats, dual-zone climate control, and an aftermarket Kenwood stereo paired with a trunk-mounted subwoofer. 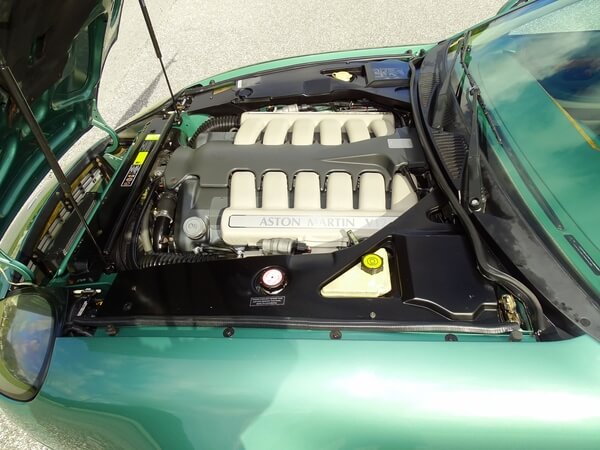 The 48-valve 5.9L V12 engine is naturally aspirated and produces up to 420 HP and 400 lb.-ft of torque. The rear wheels are driven by way of a ZF 5-speed automatic transmission which allows acceleration from 0-60 MPH in approximately 5 seconds and a top speed of over 180 MPH. An original maintenance booklet accompanies the sale and shows dealer service entries up until 2004 at 29,905 miles. The CARFAX report shows additional maintenance history including the last service performed at Aston Martin San Diego in 2022. 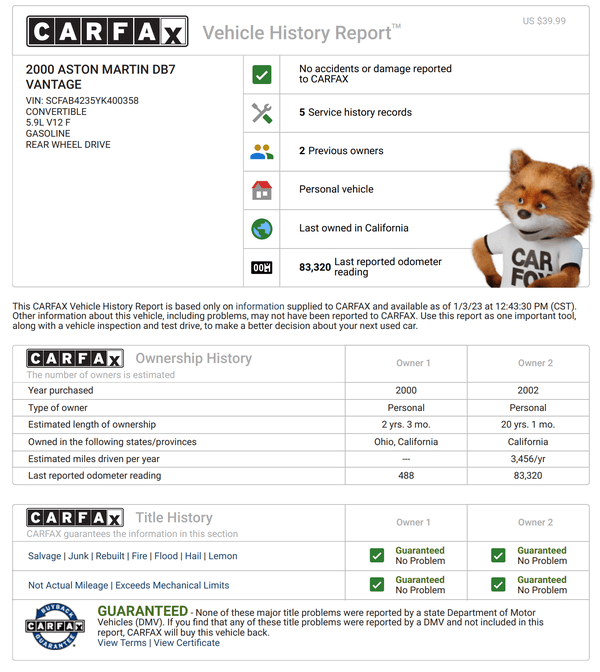 This sale will include the original owner’s manuals, an umbrella, a battery charger, and a clean title.