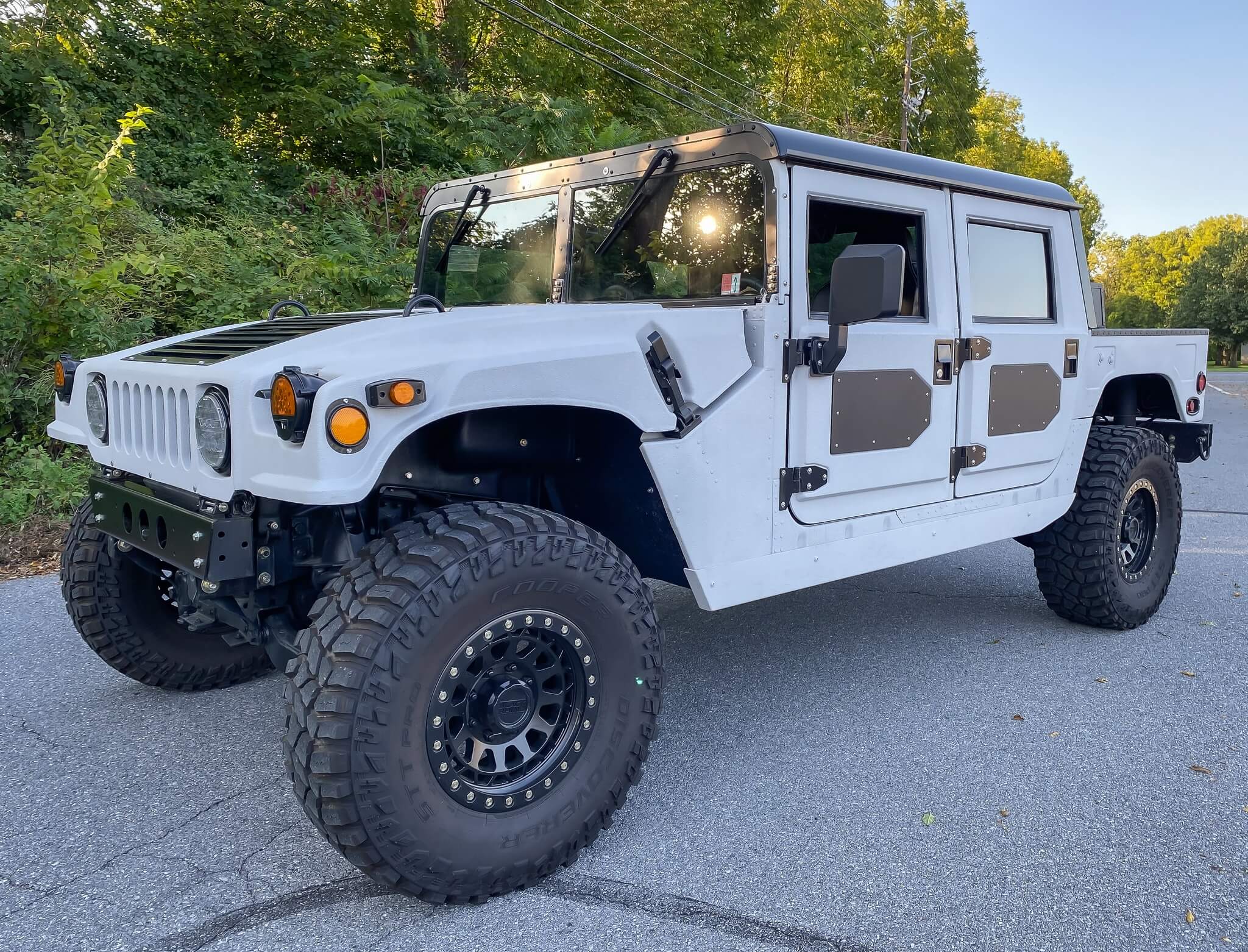 Available for auction is this custom 2001 AM General M1045 Humvee finished in Light Gray over a black interior. The High Mobility Multipurpose Wheeled Vehicle (HMMWV) commonly known as the Humvee is a four-wheel-drive military truck that saw widespread use in the Gulf War where it gained a reputation for navigating treacherous terrain in the desert.  These robust offroaders eventually went on to inspire the civilian Hummer model. This 2001 example was purchased from a government auction and subsequently treated to a custom frame-off restoration at a cost of over $100k. During the restoration, this Humvee was equipped with a Duramax turbo-diesel engine, an Allison 6-speed automatic transmission, a custom interior with power accessories, an upgraded HVAC system with air conditioning, all new electronics, and much more.  The product of extensive work and planning over a two-year period, this custom Humvee is now being offered for auction by its seller out of Pennsylvania with approximately 2k miles driven since the completion of the restoration. 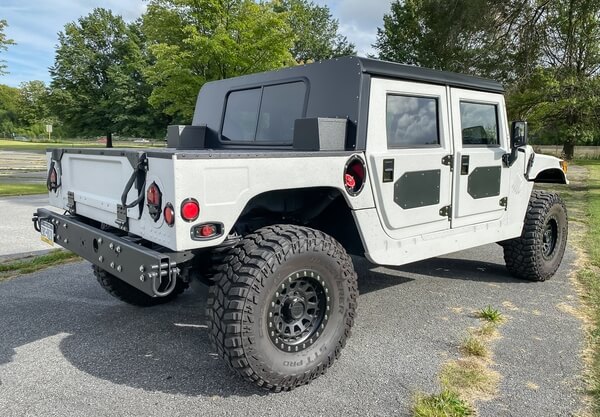 The lightweight and rust-resistant aluminum bodywork was refinished in durable Light Gray bedliner and equipped with custom aluminum rock skid plates on each side, custom doors with black aluminum inserts, and all new LED lighting.  The body was also raised by 3” and fitted with a 4 Man aluminum hardtop including a sliding rear window.  Additional images are provided in the gallery.  This Humvee rides on a set of Black Rhino beadlock wheels dressed in 37” Cooper Discoverer STR Pro tires. 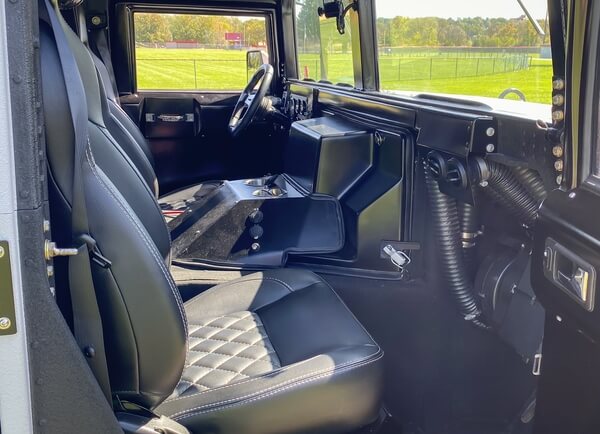 Inside, the cabin was completely redone and fitted with custom black leather Corbeau Trailcat seats with white diamond-pattern stitching, 3-point seatbelts, and dual-stage heating.  The Humvee features a drivetrain mounted high in the frame for improved ground clearance and as a result, a large transmission hump bisects the cabin separating passengers on each side.  Other features added during the restoration include power windows and door locks, an upgraded in-dash HVAC unit with air conditioning, a 450-Watt Bazooka soundbar with Bluetooth, a custom center console with USB ports and drink holders, a MOMO steering wheel, and a 12-volt electrical system.  All new instrumentation was also installed including an EGT gauge.  The tub was finished off with a two-stage application of Lizard Skin sound deadening and ceramic heat insulation. 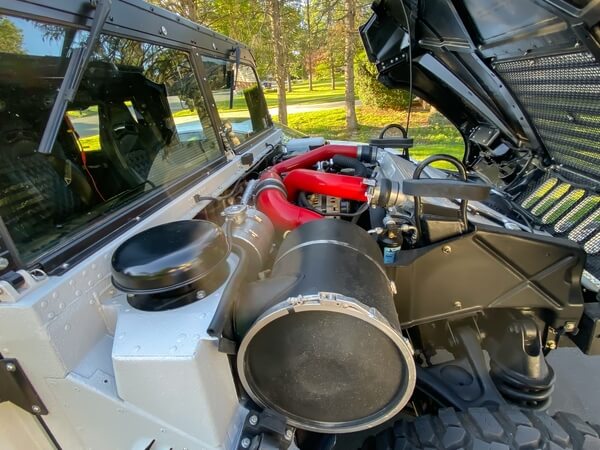 The original engine and transmission were swapped out in favor of an upgraded Duramax 6.6L turbo-diesel engine paired with a 6-speed Allison automatic transmission sending power to all four wheels.  The engine features an AirDog dual filter lift pump as well as a performance radiator and intercooler.  The transmission is paired with an auxiliary cooler, a 2/4 selectable transfer case, and an in-dash tuning switch.  The engine output is estimated at approximately 500 HP and 850 lb.-ft of torque. With its independent suspension, portal axles, and inboard disc brakes, the Humvee is one of the most robust and capable off-road vehicles ever built. 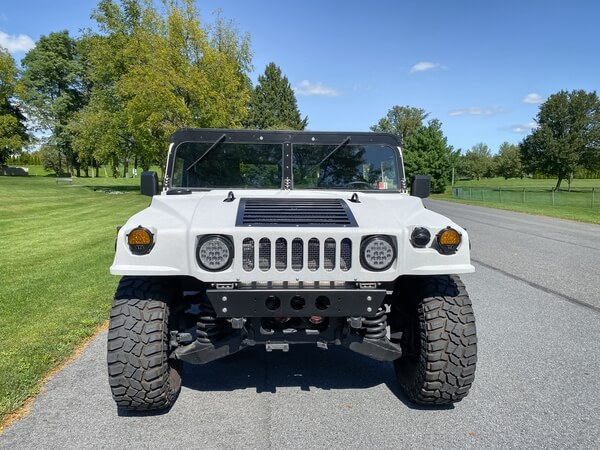 This sale will include a remote key and a clean title. With its iconic styling, impressive performance, and modern amenities, this custom Humvee is the perfect 4x4 for those in search of the ultimate off-road experience.