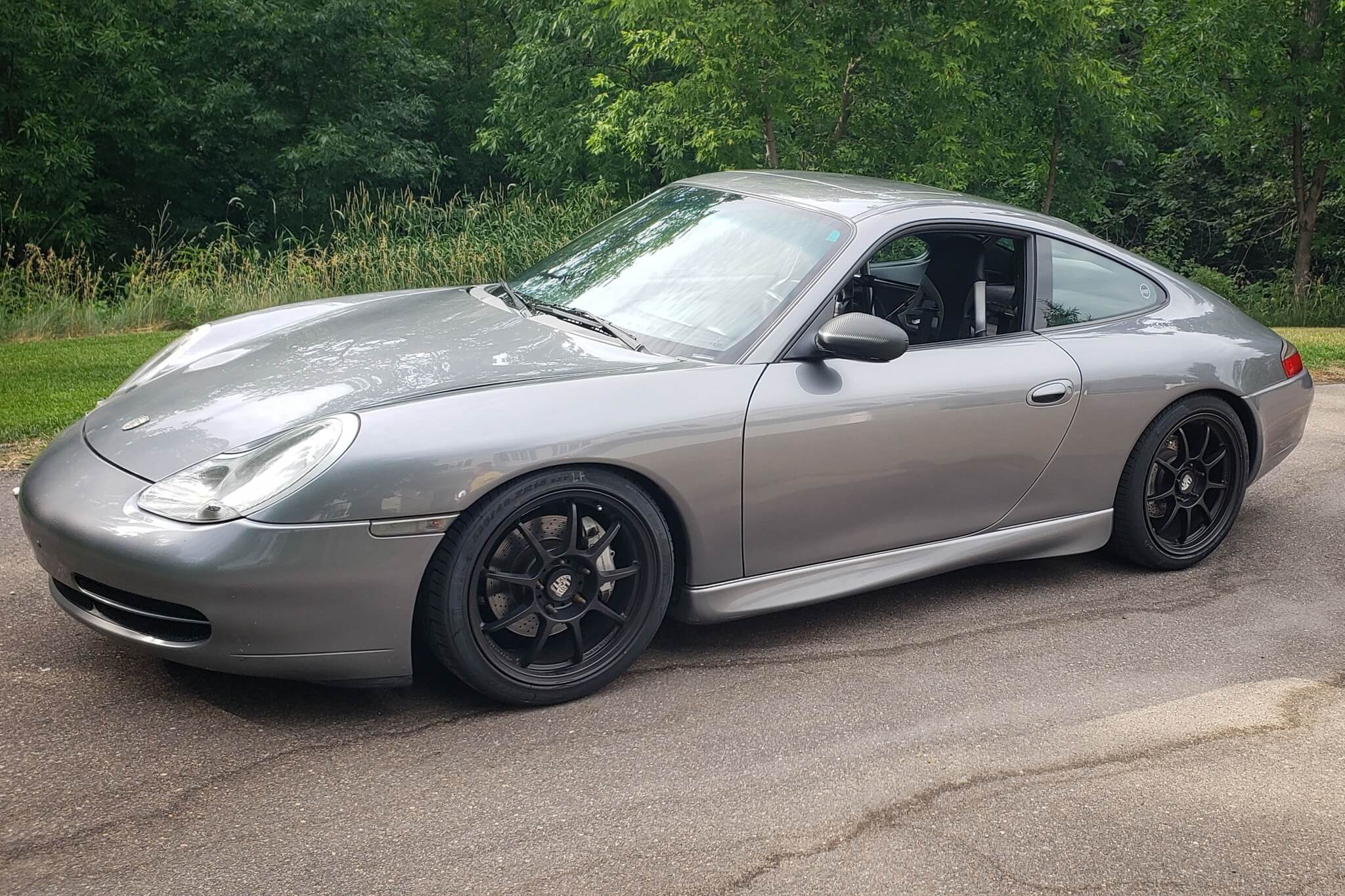 Up for auction is this 2001 Porsche 996 Carrera 4 Coupe finished in Seal Grey Metallic.  This 996 underwent extensive performance upgrades and track-oriented modifications including a rear-wheel-drive conversion, GT3-style bucket seats, a roll bar, Turbo shock absorbers, lowering springs, and a custom-built 3.8L engine by Evospec Performance claimed to make over 400 HP. This 996 is said to be accompanied by nearly $40k in records and has recently received a new Sachs clutch and transmission mount.  With just over 98k miles showing on the odometer and approximately 5k miles driven on the new engine, this one-of-a-kind 996 is now being offered for auction by its seller out of Minnesota. 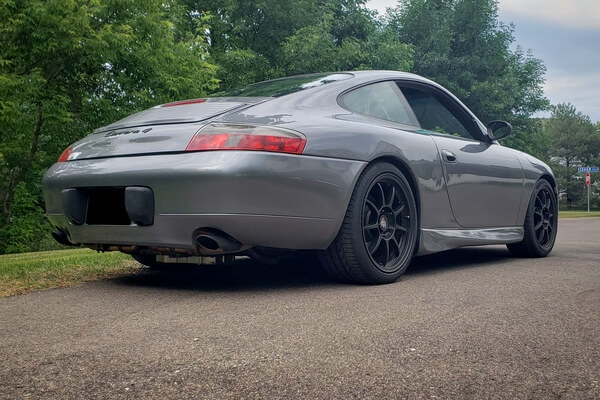 This Carrera is finished in Seal Grey Metallic and comes factory equipped with Exclusive GT3-style flared rocker panels.  Zunsport protective grille inserts have been added to the front air intakes and a removable racing tow hook is equipped in the front.  Some signs of road-going wear are visible throughout the exterior and CARFAX shows an accident report under previous ownership in 2003 which is believed to have resulted in damage to the rear end.  Additional images are provided in the photo gallery.  This 996 rides on 18” OZ Racing wheels which are finished in black and paired with 7mm/14mm wheel spacers as well as a Motorsports wheel stud kit.  The Pirelli Pzero tires are dated from 2017 and the original Porsche 18” wheels are also said to accompany the sale, dressed in Continental Extreme Contact DWS tires from 2019.

Inside, the black interior has been fitted with a genuine Porsche roll bar, GT3-style bucket seats, Rennline floorboards, a Rennline pedal kit, and a 997 short shifter.  The seats are paired with a BBI slider kit and 6-point Schroth Enduro harnesses dated from 2020.  The rear seats have been deleted and the original Porsche CR-220 radio has been retained along with the climate control system and 3-spoke leather steering wheel.

This Carrera 4 has been converted to rear-wheel-drive and equipped with a custom 3.8L flat-six engine built by Evospec Performance.  Claimed to make over 400 HP, this engine features custom cam grinds, a custom cylinder head, forged internals, an IPD intake plenum, K&N air intake, headers, catless x-pipe, muffler bypass, a 2-quart Mantis Automotive deep sump oil extension, an LN Engineering air/oil separator, oil-fed IMS bearing, and a Cobb Accessport with custom EVOMS tune by Sam Stone.  The secondary air pump has been removed and new engine mounts have been installed along with new fuel injectors and 02 sensors.  The rear wheels are driven by way of a 6-speed manual transmission which has been recently serviced and fitted with a new mount and Sachs clutch kit.  The suspension has also been upgraded with H&R lowering springs, 996 Turbo shock absorbers, Tarret Engineering rear tow links, and 2-piece GT3 front arms.  Approximately 5k miles are said to have been driven on the new engine and invoices are said to accompany the sale detailing the incredible amount of work that has been put into this car. 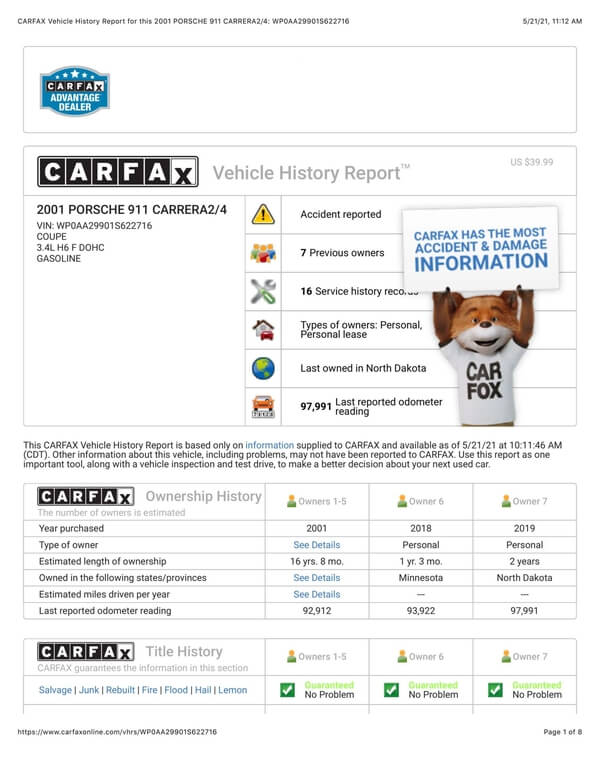 This sale will include a set of two keys, the rear seat cushions, the original air intake, throttle body, center driveshaft, 18" wheels, and a clean title.  With its upgraded 3.8L engine, performance-oriented interior, and exciting rear-wheel-drive configuration, this 996 is a perfect choice for the track or street.