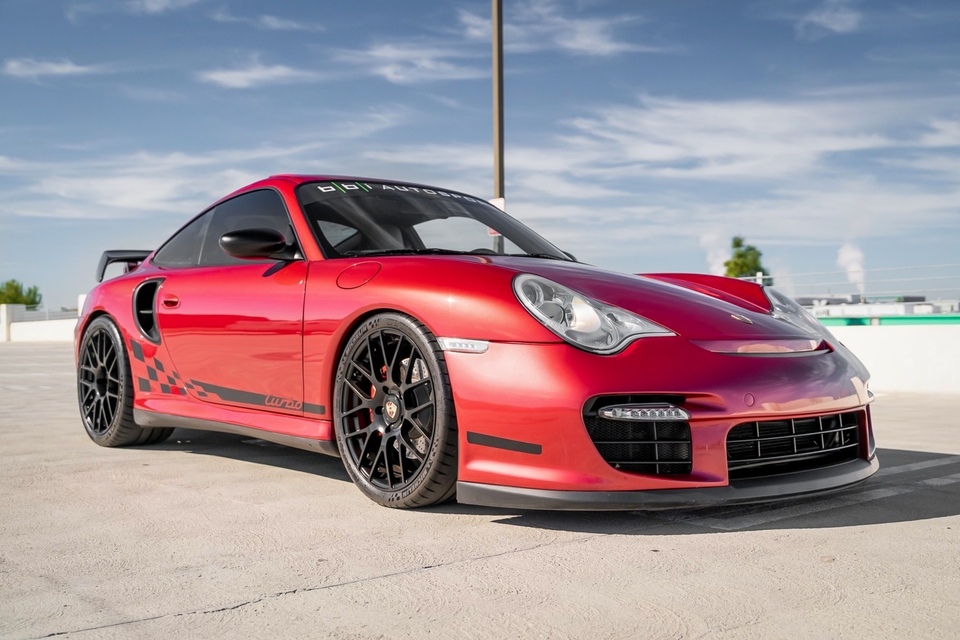 We are pleased to present this 2001 Porsche 996 Turbo Coupe finished in Orient Red Metallic over a black leather interior.  A lifelong West Coast car, this 2001 example was purchased by its seller in 2012 before it was treated to custom exterior upgrades and a full performance build by BBi including larger turbos, fuel injectors, an upgraded clutch and flywheel, a custom performance tune, and much more.  Now offering a claimed output of approximately 700 HP from its sought after Mezger engine, this 6-speed 996 Turbo is said to have been driven only 500 miles since the completion of the work by BBi and is now being offered by its seller out of California with approximately 40k miles showing on the odometer. 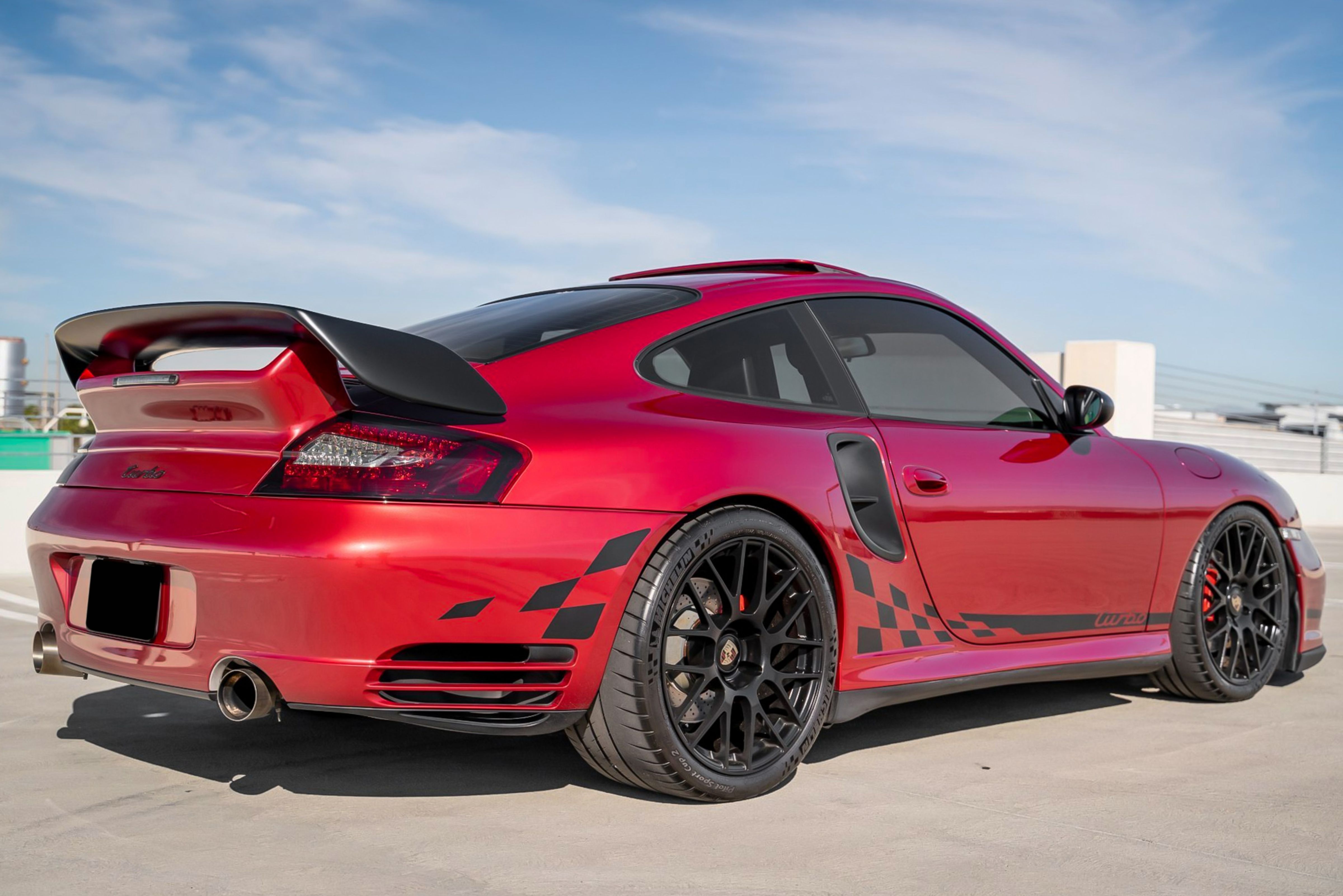 Having spent much of its life covered and garage-kept, the Orient Red Metallic paint is reported to be in show-quality condition with only a few touched-up imperfections noted on the front end.  The left front fender and driver’s side door are also said to have been professionally refinished to maintain a pristine cosmetic appearance. Detailed images are provided in the photo gallery along with a clean CARFAX.  A Porsche GT2 front bumper conversion was carried out along with the installation of LED taillights, and a GT2-style rear wing and decklid.  Other modifications include removable vinyl graphics and BBi window banner, black side air intakes with carbon-fiber slats, and aftermarket 19” RS-Spyder-style wheels that are finished in black and dressed in brand-new Michelin Pilot Sport Cup 2 tires. 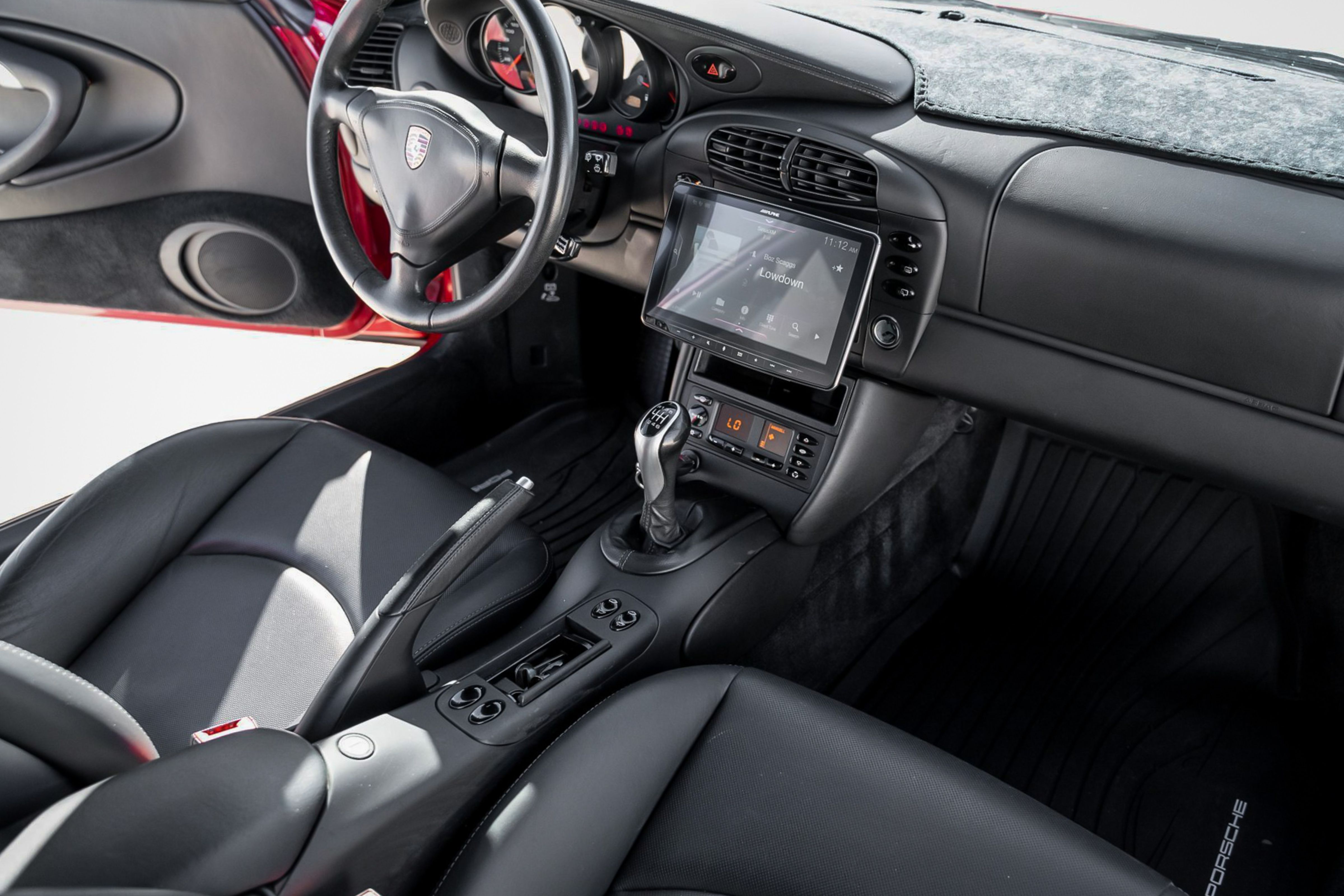 Inside, this 996 features a black leather interior with upgraded Porsche 997 painted hardback Sport Seats.  The sound system has also been upgraded with an Alpine touchscreen unit, and a protective custom-fit cover has been applied over the dashboard.  The seller reports all gauges and accessories to be in proper working order. 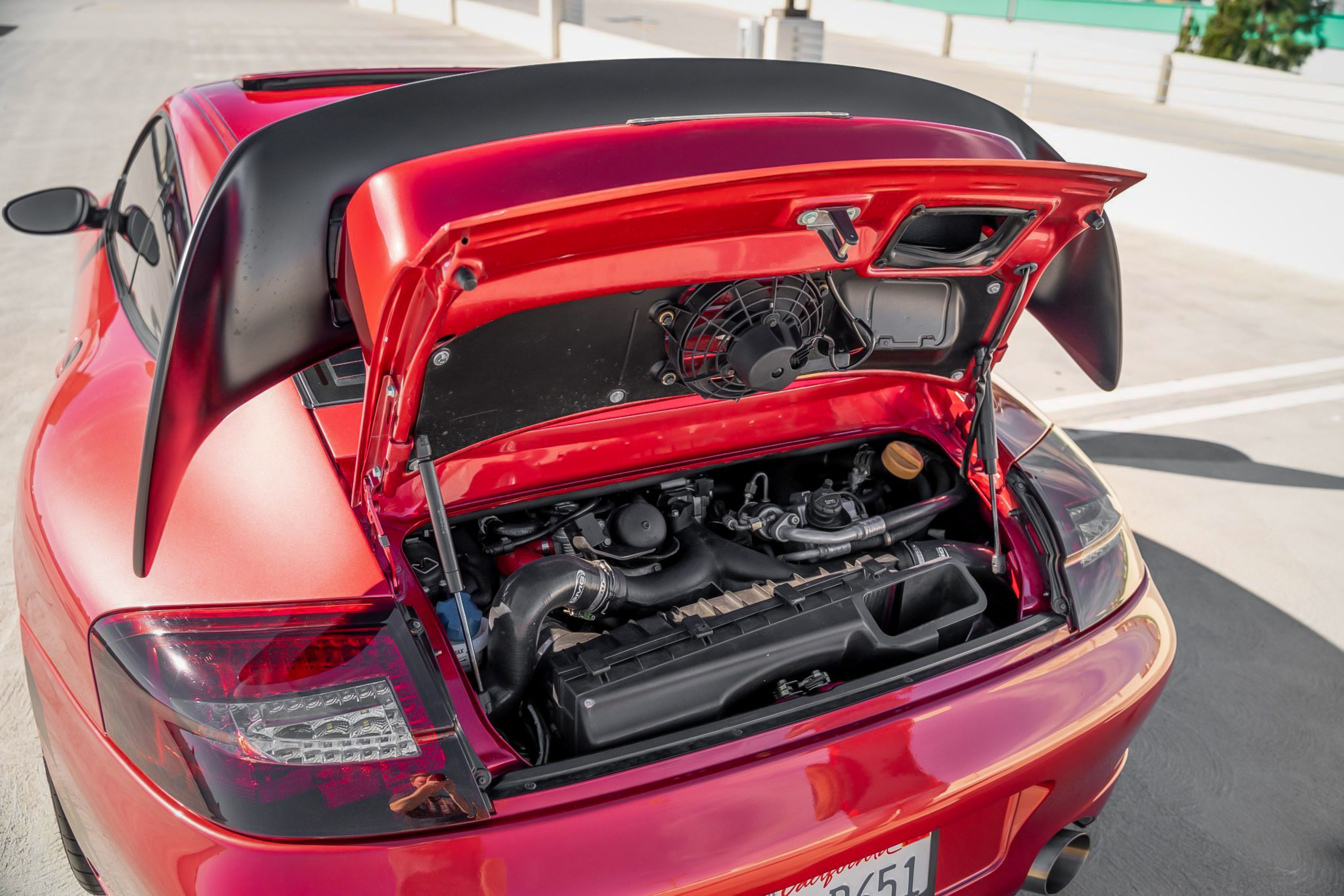 This 996 is equipped with a 3.6 L twin-turbocharged flat-six Mezger engine that was rated at 415 HP in its stock configuration.  All four wheels are driven through a highly desirable 6-speed manual transmission.  In 2019, this Turbo was brought to BBi to undergo a full high-performance build which included welded coolant pipes, an iPD GT2 competition intake plenum, 74mm throttle body, 1300cc fuel injectors, a COBB Accessport with a custom BBi tune, a stage 2.5 competition clutch and lightweight flywheel, as well as a TiAL XR980 turbo upgrade which cost over $7k alone.  The suspension has been lowered and the performance upgrades are said to provide an output of as much as 700 HP.  Invoices from BBi are provided in the photo gallery and the seller reports this 996 to be in excellent driving condition with approximately 500 miles traveled since the completion of the upgrades.  A new battery was recently installed as well. 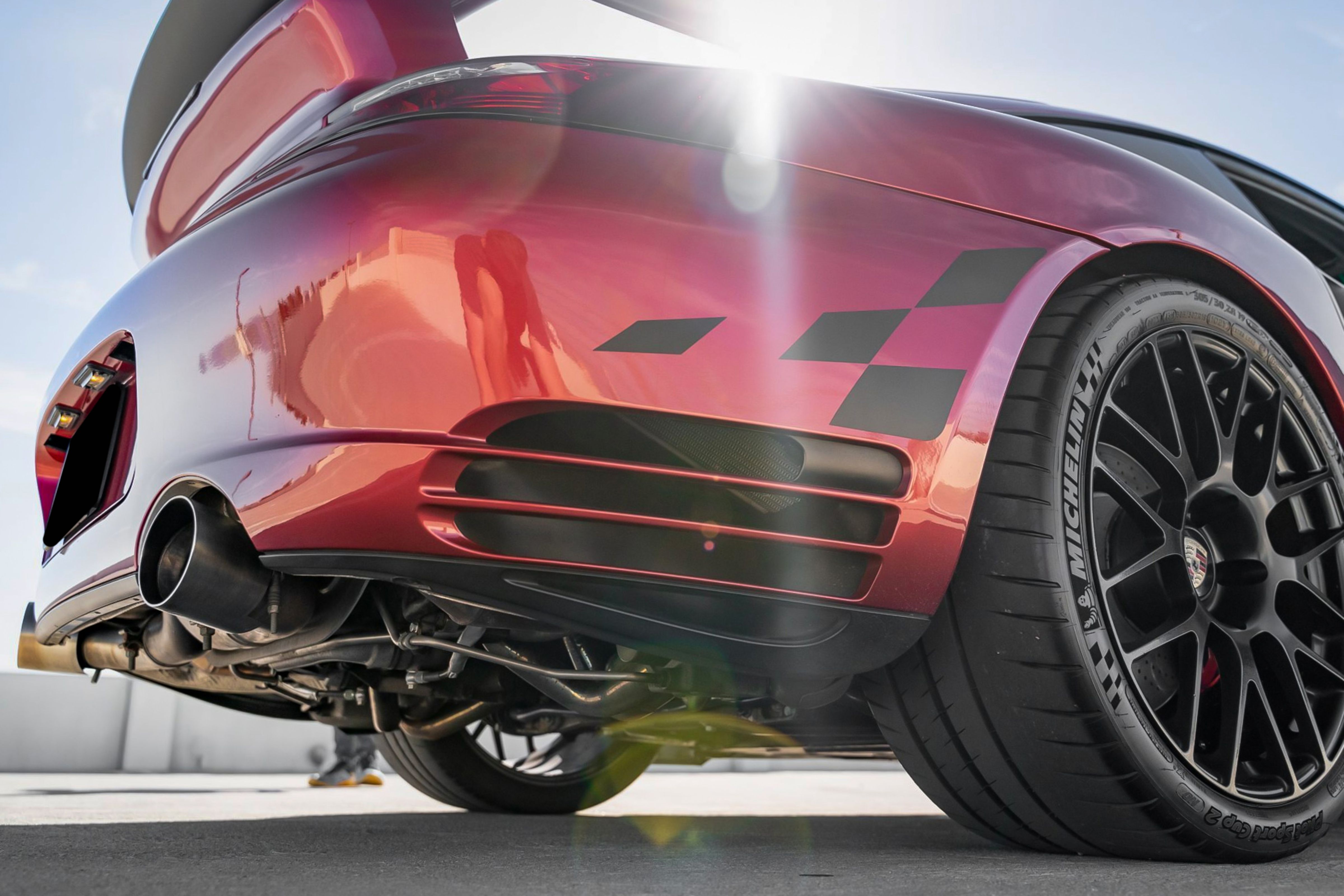 This sale will include a set of 2 keys, BBi invoices, and a clean title.  Upgraded to the next level with no-expense-spared, this 6-speed Turbo is just waiting to put a smile on the face of its next owner.