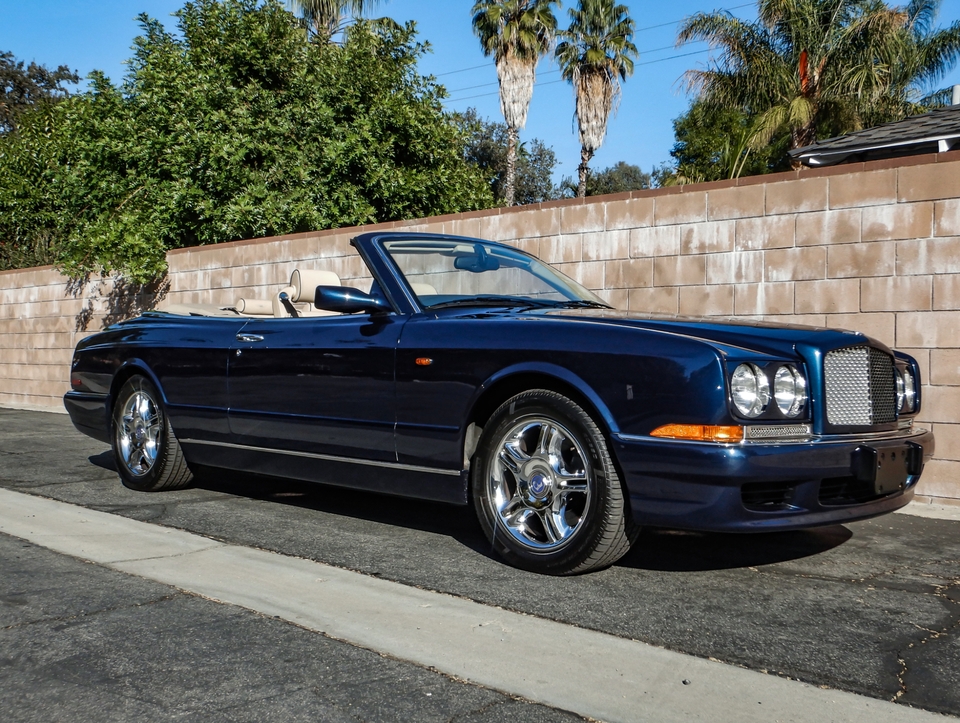 We are pleased to offer this 2002 Bentley Azure Mulliner Edition presented in Royal Blue Pearl over a Light Crème interior with Burlwood veneers.  A decadent convertible grand tourer based on the Continental R, this first-generation Bentley Azure is one of only 78 examples reported to have been produced for 2002 and approximately 700 U.S. examples built in total.  Additionally, this Azure features the Mulliner package which adds bespoke trim and exclusive equipment.  With only 14k miles showing on the odometer, this rare and beautifully persevered Bentley Azure is now being offered by its seller in California. 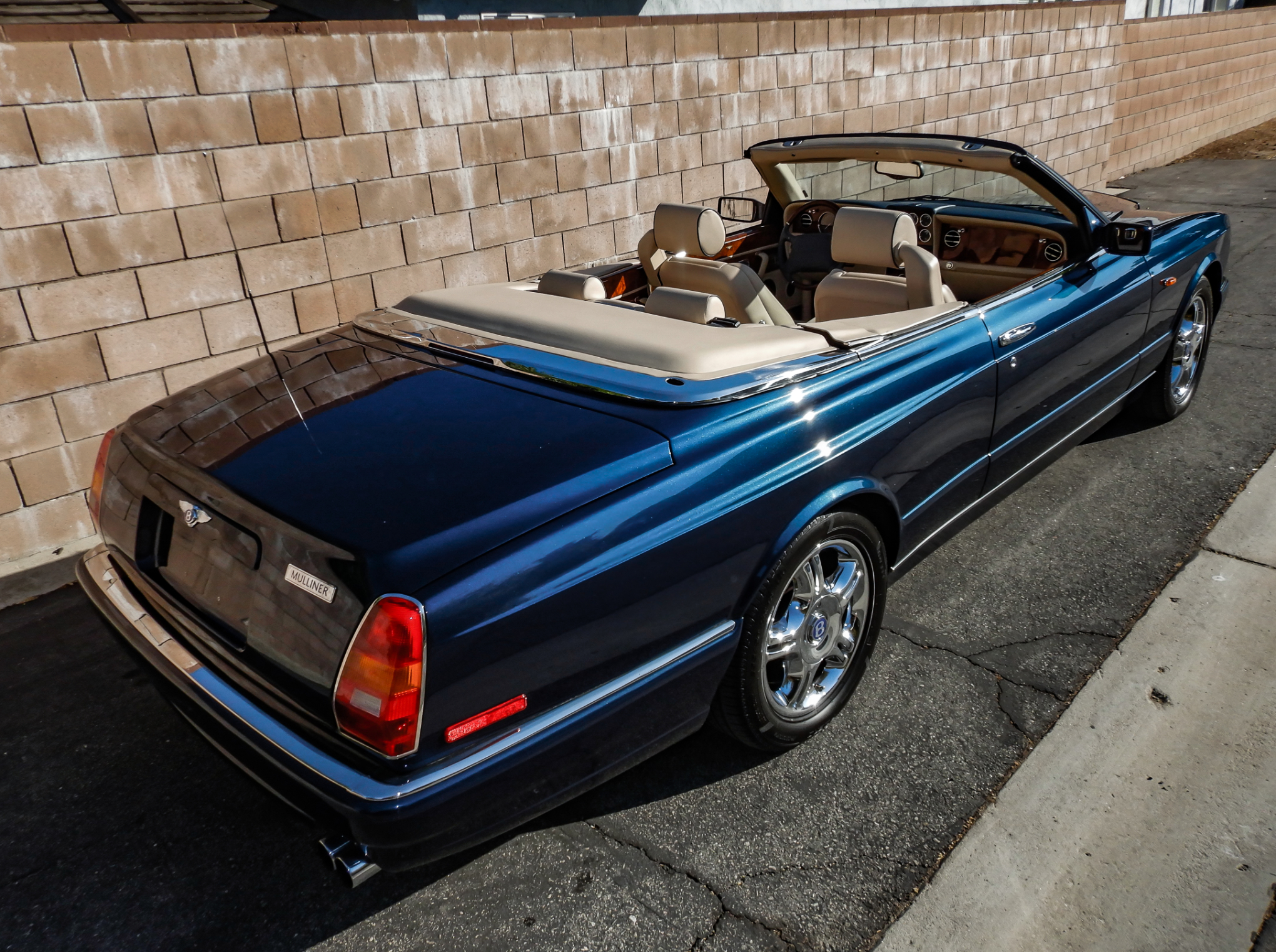 The Royal Blue Pearl finish is described by the seller to be in very nice original condition (detailed images are provided in the photo gallery).  The blue soft top is also reported to be in excellent condition and fully operational with a recent service carried out.  Pininfarina assisted in the design of the bodywork and production of the soft top, however, the final assembly of the Azure took place in England where this particular example also received the Mulliner package.  Some details include a mesh front grille, extended wheel arches, and chromed 18” Bentley Mulliner wheels. 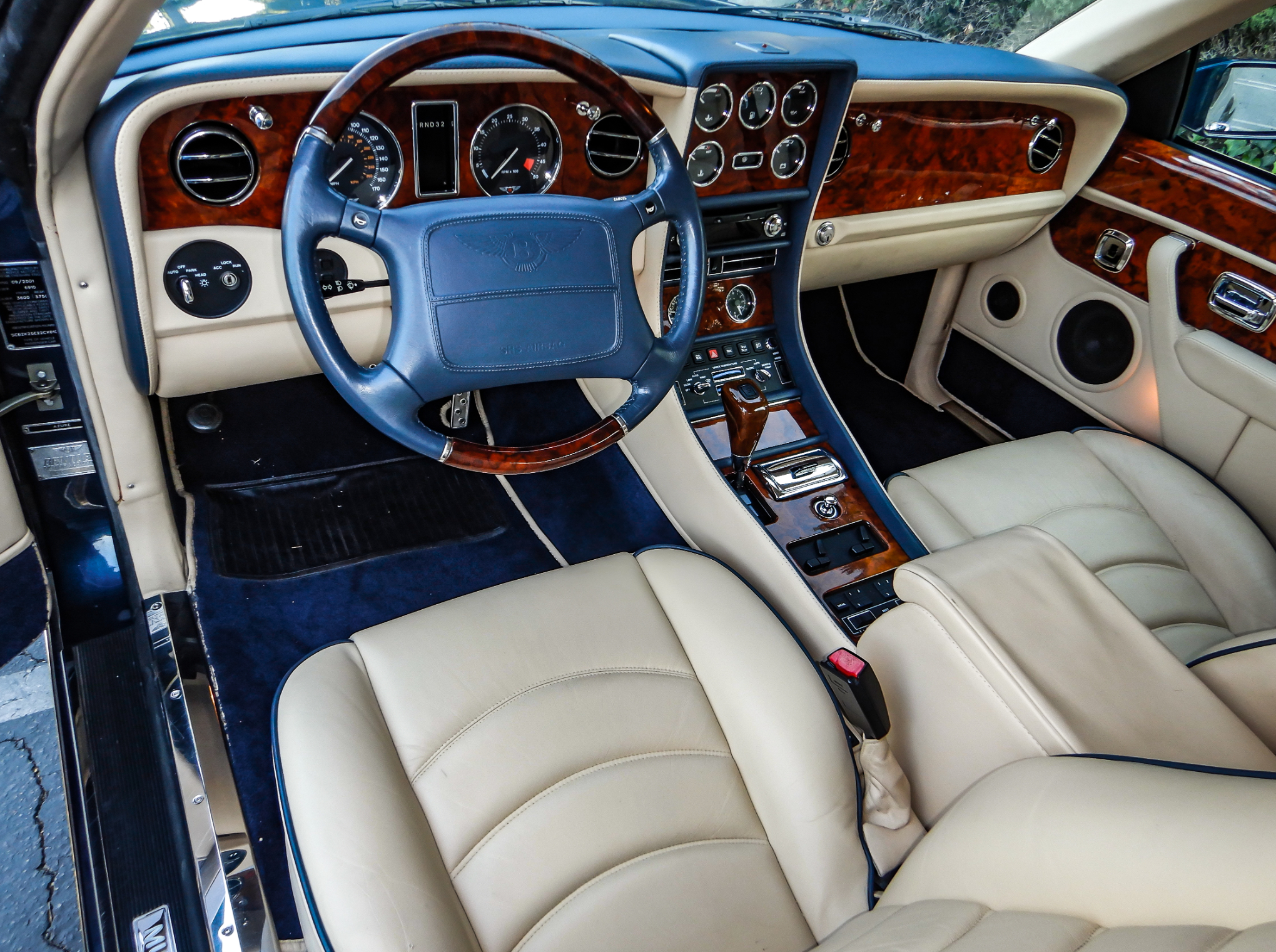 The cabin is appointed with Light Crème and blue leather, blue carpeting, and Burlwood veneers.  Other details include contrast seat piping, Bentley logo headrests, polished fittings and gauge bezels, machined aluminum pedals, Bentley logo marquetry in the wooden door trim, and “Mulliner” door sill plates.  All gauges and accessories are reported to be fully functional, and the cabin is said to be in great condition except for some delaminating trim on the passenger’s door. 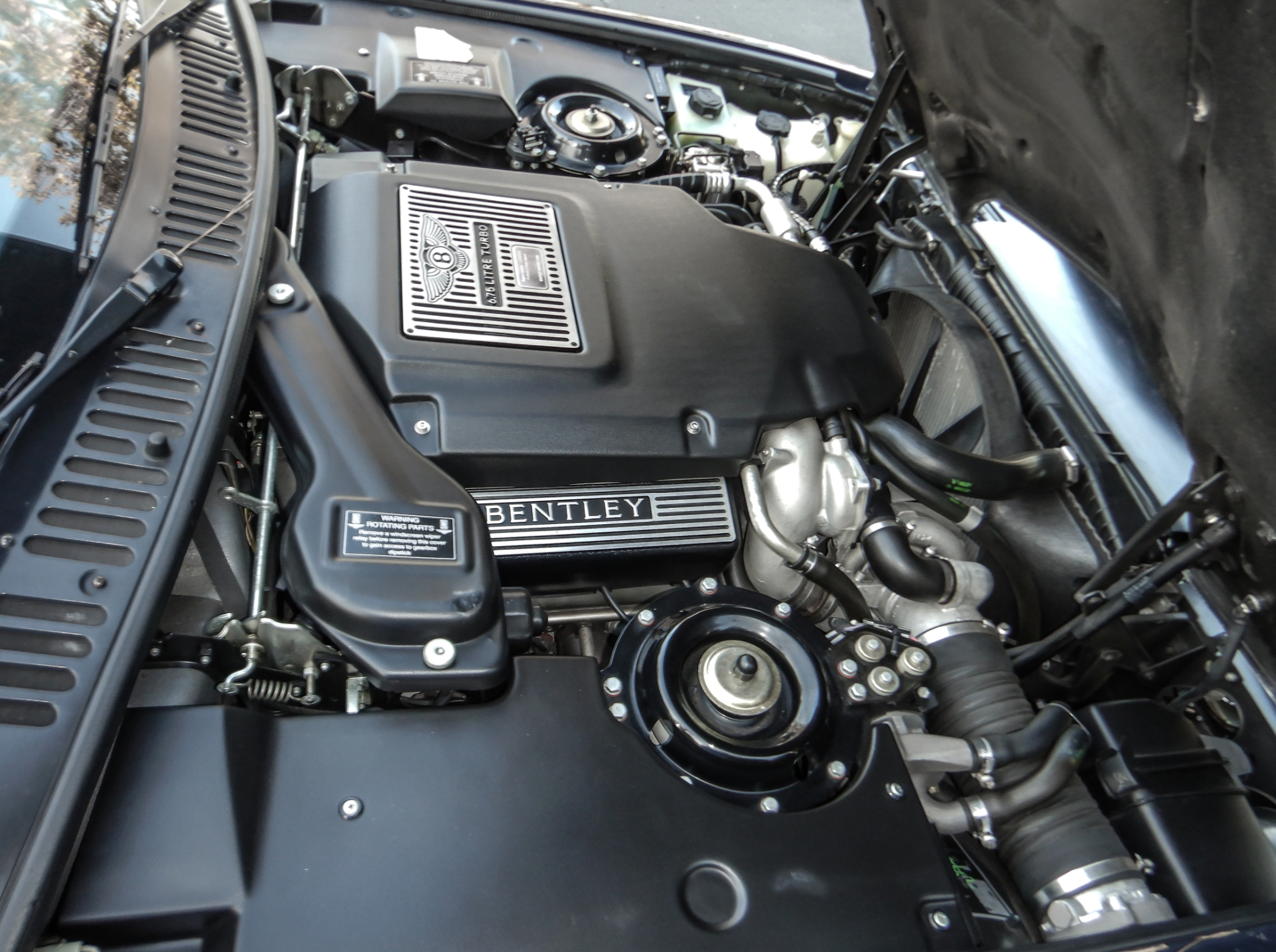 This Continental R based model is equipped with a 6.75 L V8 turbocharged engine rated at 390 HP and 553 lb.-ft of torque.  The rear wheels are driven through a GM-sourced 4-speed automatic transmission which allows for an impressive 0-62 MPH time of 6.5 seconds given the vehicle’s substantial presence.  A recent fluid and filter service is said to have been performed in addition to some maintenance on the cabriolet top, and this Azure is said to drive very well.

This sale will include original books and tools, a set of 2 keys, and a clean title.  For any enthusiast of fine automobiles, this generously appointed Bentley Azure offers an incredible value.