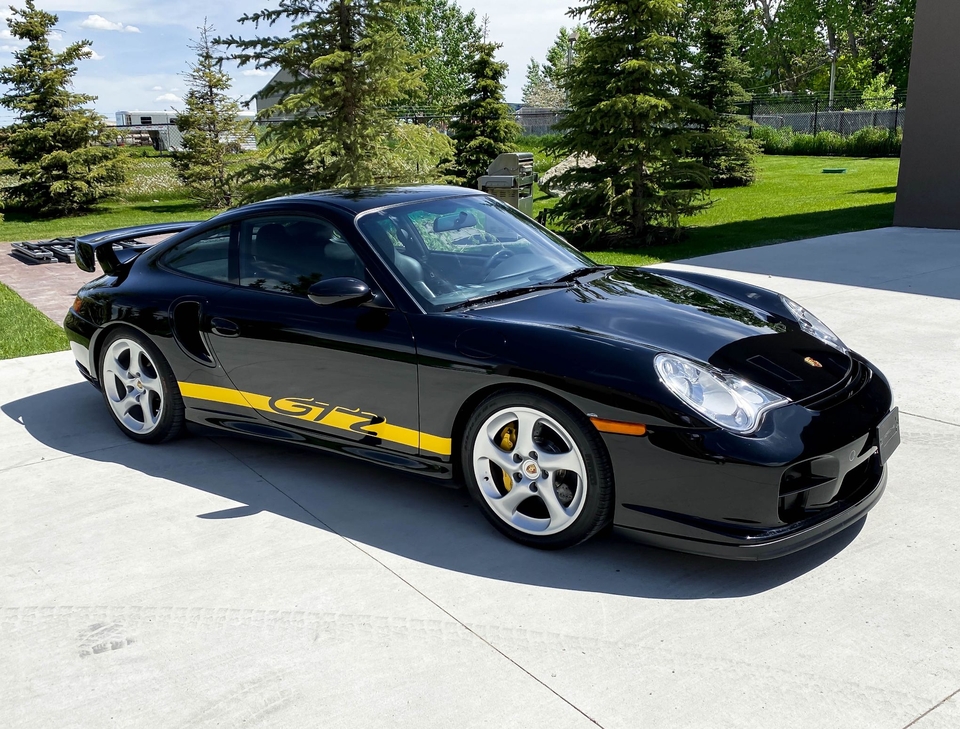 We are pleased to present this 2002 Porsche 996 GT2 finished in black over a black leather interior.  Designed to be the ultimate high-performance variation of the Porsche 996, the GT2 features a twin-turbocharged Mezger flat-six engine which sends power to the rear wheels by way of a visceral 6-speed manual transmission.  Originally sold in Utah, this U.S. spec 2002 example is said to be in pristine overall condition with front-end paint protection film and an upgraded exhaust system.  This highly collectible GT2 is now being offered for auction by its seller in Calgary, Alberta with approximately 18k miles (29,500 kilometers) showing on the odometer. 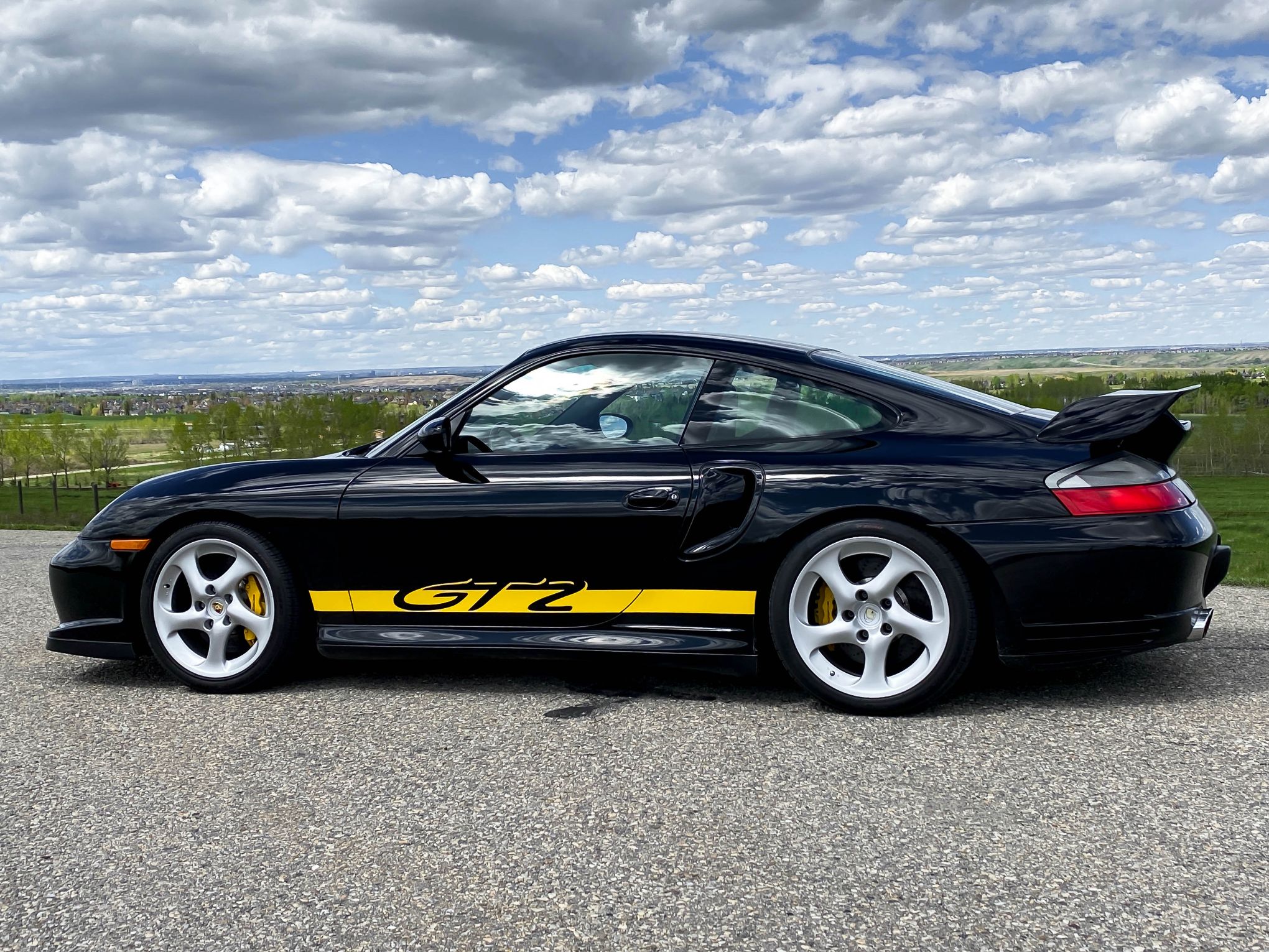 The black paint is noted to be in excellent condition with clear protective film applied over the front bumper, half of the front fenders and halfway up the hood.  Removable yellow “GT2” side graphics have also been applied, a collection of detailed images is provided in the photo gallery.  Based on the 911 Turbo platform, the GT2 is characterized by its redesigned front bumper, lowered stance and large fixed rear wing.  Standard yellow PCCB brake calipers complement the factory 5-spoke GT2 twist alloy wheels which are currently dressed in Pirelli P-Zero tires.

Inside, this GT2 features a black leather upholstered cabin showcasing carbon fiber details and painted Sport Seats.  The interior is stated to be in exemplary condition with all gauges and accessories working properly.  Commanding an original sticker price of over $191k, this GT2 has been equipped with the following optional equipment: 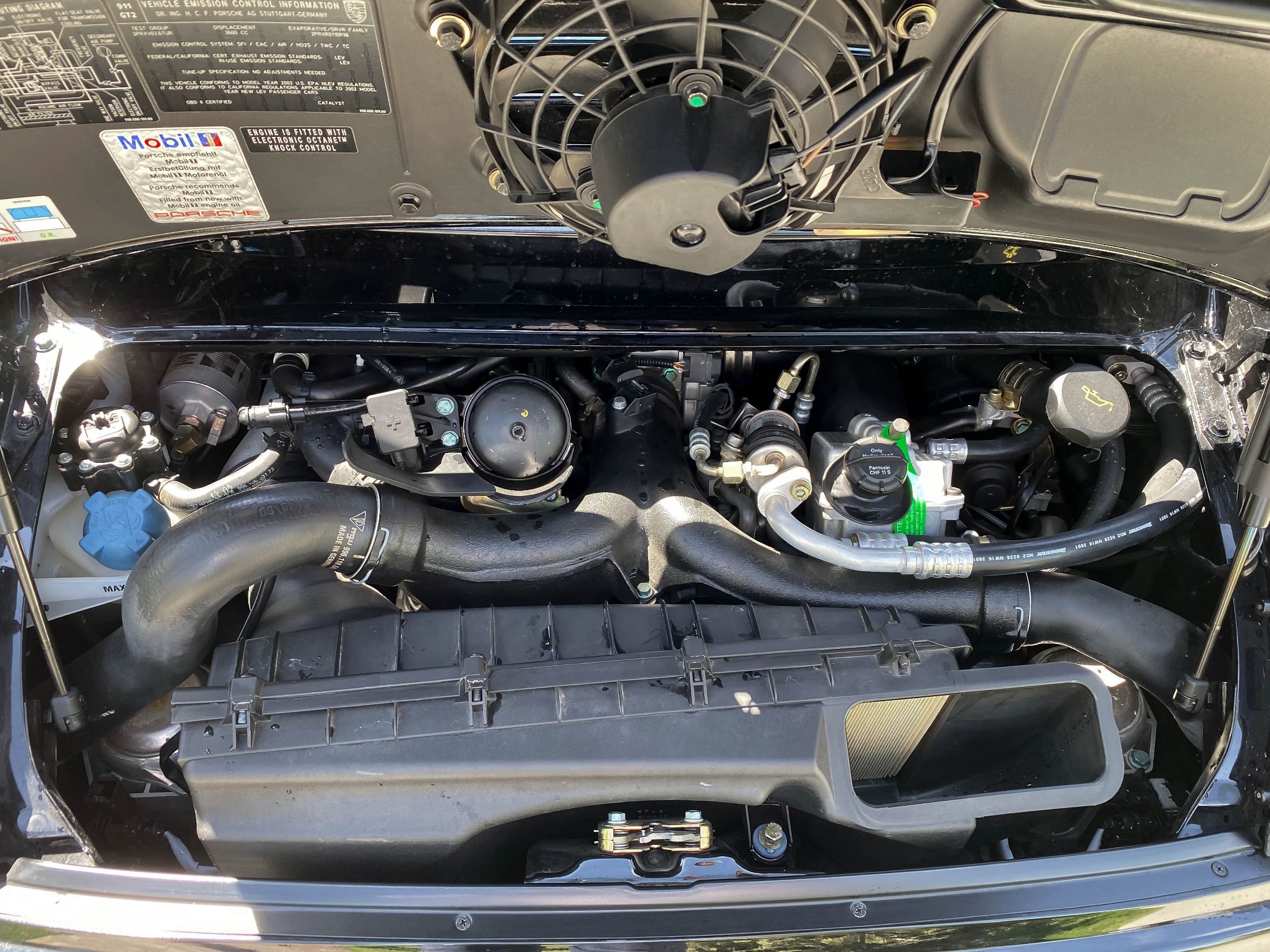 This GT2 carries a highly sought after 3.6 L twin-turbocharged Mezger flat-six engine which is mated to a 6-speed manual transmission with limited slip differential.  456 HP is delivered to the rear wheels, rocketing the GT2 from 0-60 MPH in under 4 seconds.  Factory performance enhancements include 20mm lowered suspension and robust PCCB ceramic composite brakes.  This GT2 has been equipped with an upgraded Car Graphic exhaust system, although the original unit will also be included in sale.  Stated to have undergone all due maintenance recently, this GT2 is said to be in excellent driving condition. 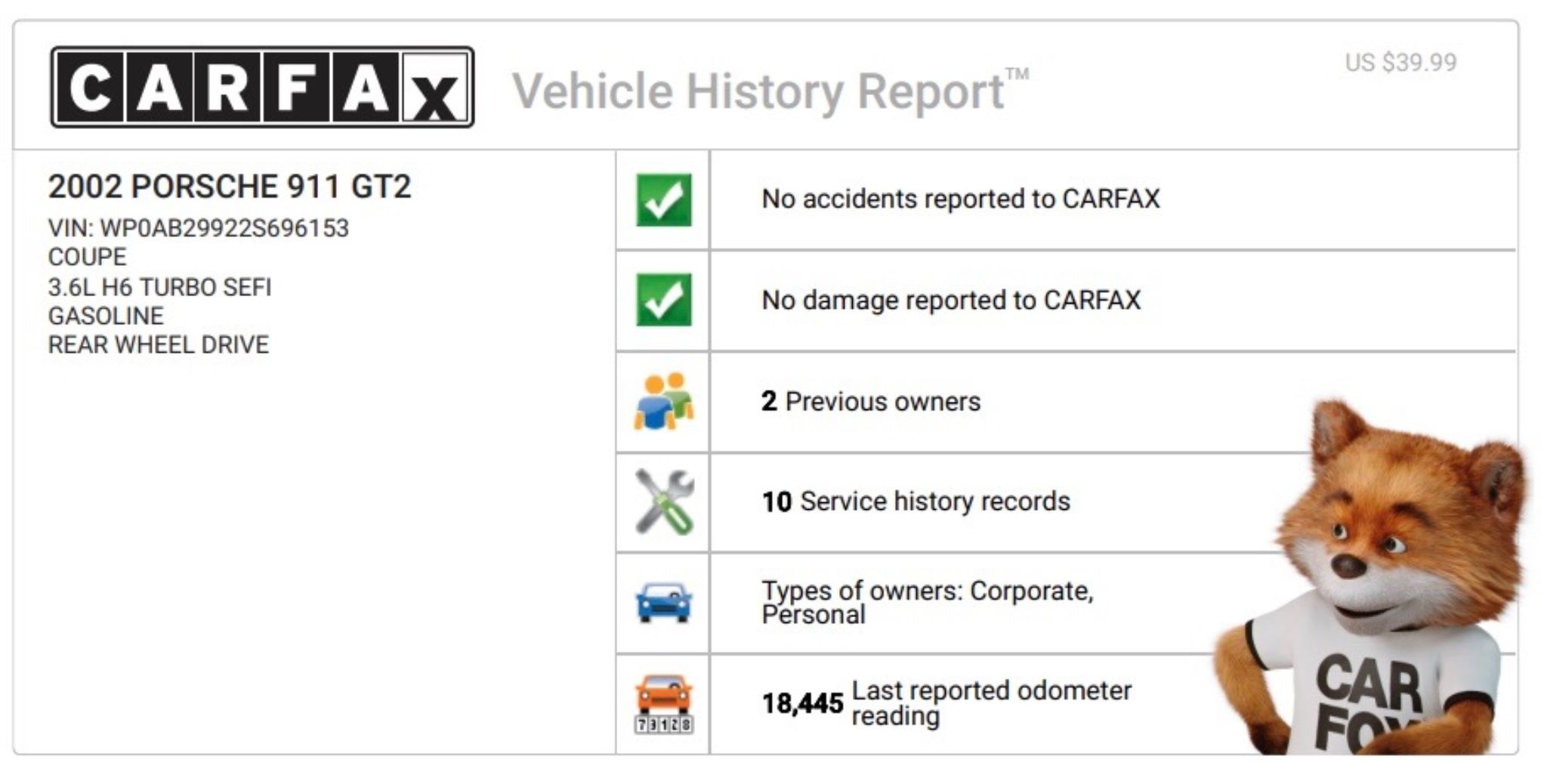 The sale of this 996 will include a set of two keys, original books and tools, service records, the original exhaust system and a copy of the original window sticker. The seller notes that Canadian buyers will need to pay 5% GST and any provincial tax outside of Alberta.  Do not miss this opportunity to own one of the most desirable water-cooled Porsche’s the road.