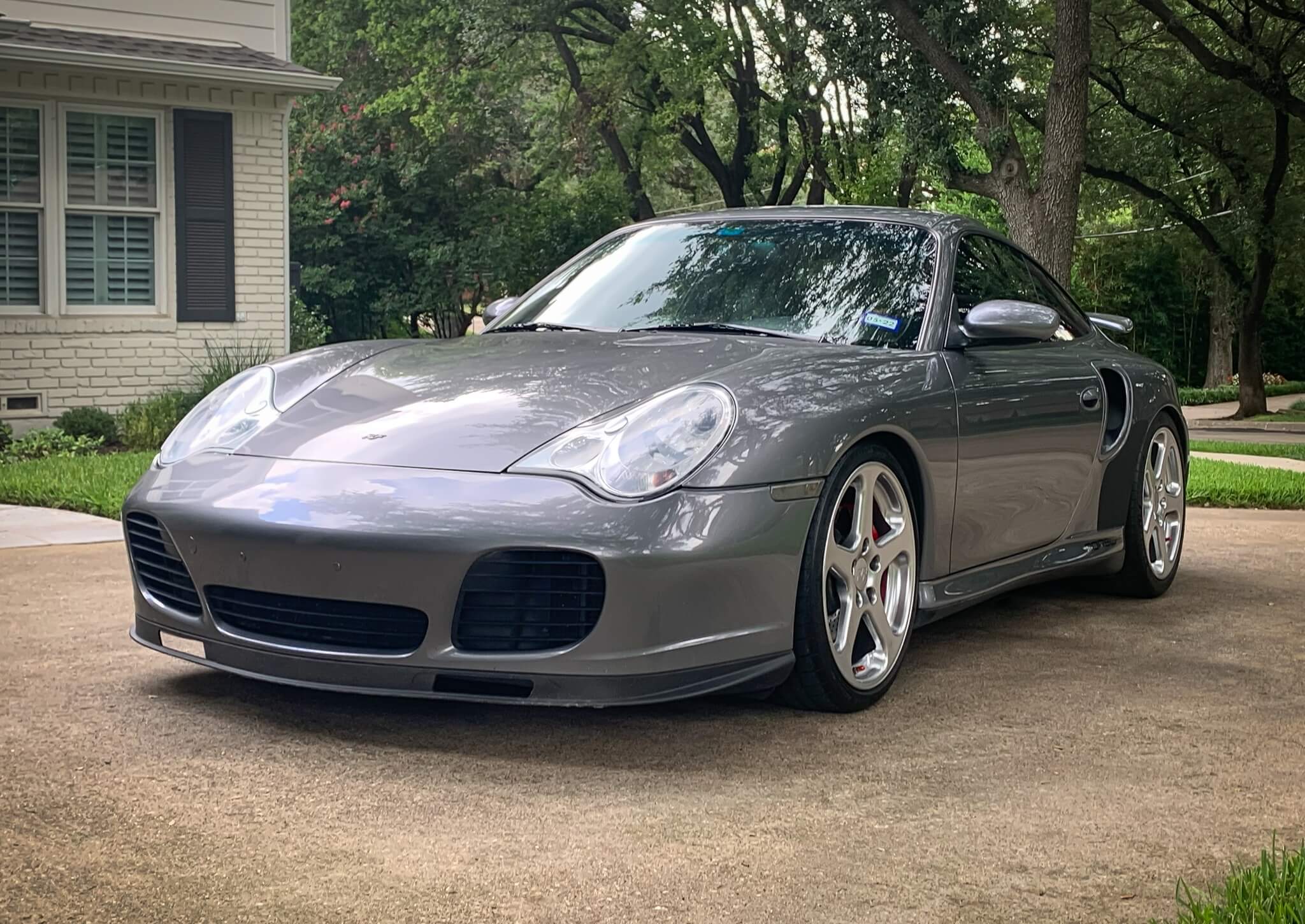 Now up for auction is this 2002 Porsche 996 Turbo Coupe finished in Seal Grey Metallic over a black full leather interior.  In 2006 at 17,872 miles, this 6-speed Turbo Coupe was brought to the official RUF Auto Centre in Texas to undergo a RUF RTurbo conversion resulting in a claimed output of 550 HP.  In addition to the upgraded engine software and twin turbochargers, this 996 also received genuine 19” RUF wheels, a RUF steering wheel, RUF pedal covers, and a Bilstein PSS9 coilover suspension.  It was acquired by the current owner in 2013 and has since been upgraded with an Undercover Performance exhaust and serviced with new brakes, front axle boots, an intake plenum, idler pulley, and more.  Now showing just over 38k miles on the odometer, this RUF RTurbo-spec 996 is being offered for auction by its owner out of Texas. 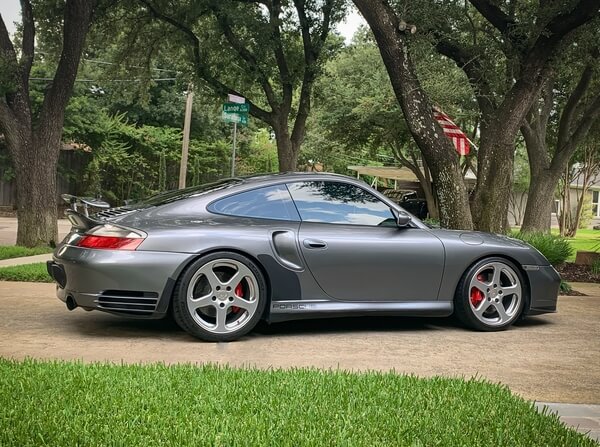 This 996 is finished in Seal Grey Metallic and features RUF RTurbo badging on the rear, a RUF front emblem, black stone guards, and an automatic rear spoiler which was upgraded with a Rennkit eRam electric conversion kit in 2021.  The windows have been tinted and removable Porsche logos have been added to the lower rocker panels.  The red brake calipers have also been recently powder coated.  A few minor cosmetic imperfections are depicted in the photo gallery along with paint meter readings and a clean CARFAX report.  The distinctive 19” RUF 5-spoke wheels come dressed in Michelin Pilot Sport tires.  The tires have little mileage with the fronts installed in 2018 and the rears mounted in 2020. 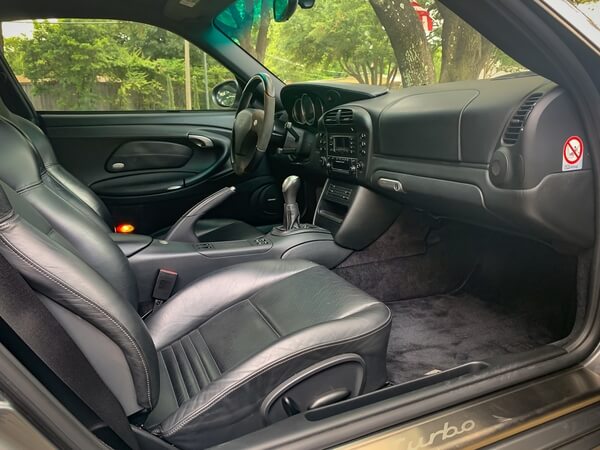 Inside, the black full leather interior came factory appointed with Exclusive aluminum-look instrument dials as well as climate control, a Bose sound system, and a Porsche CDR-220 radio.  During its time at the RUF Auto Centre, a black leather and Alcantara trimmed RUF steering wheel was installed along with a RUF shift knob, floor mats, and aluminum pedal covers.  Upgraded leather Porsche Sport Seats with crested headrests were equipped by a previous owner and a Numeric short-shift kit was installed in 2018.  The car has also been hardwired for a Valentine One radar detector. Some wear is noted on the driver seat bolster and the seller reports all gauges and accessories to be fully functional. The factory shifter assembly will accompany the sale. 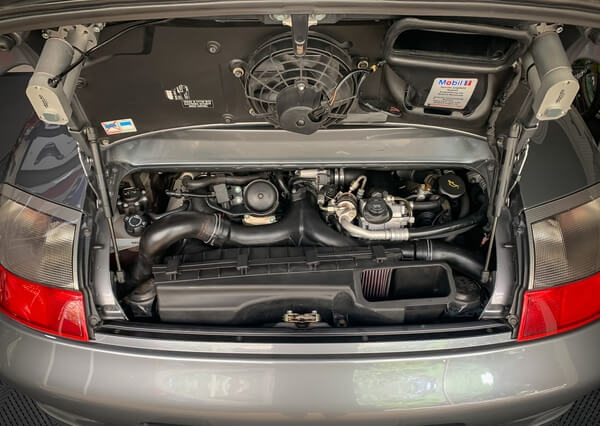 The 3.6L twin-turbocharged Mezger flat-six engine was modified with a RUF RTurbo kit in 2006 along with other accessories at a cost of nearly $40k.  The RTurbo kit includes upgraded twin-turbochargers, remapped engine software, and a sport exhaust system.  The 6-speed manual transmission was also fitted with a new Sachs clutch at the time of the RUF conversion.  Upgraded Bilstein PSS9 coilovers were installed more recently along with an Undercover Performance exhaust system to replace the RUF sport exhaust  The seller has provided a detailed history of service dating from the RUF conversion in 2006 up until the present day.  Some noteworthy recent items include the replacement of the idler puller, rubber sleeves, and intake plenum in October of 2020 as well as new front axle boots, brake pads, and rotors in May of 2021 along with a Texas safety and emissions test. Corresponding RUF documentation is provided for reference in the photo gallery along with the seller's maintenance log. 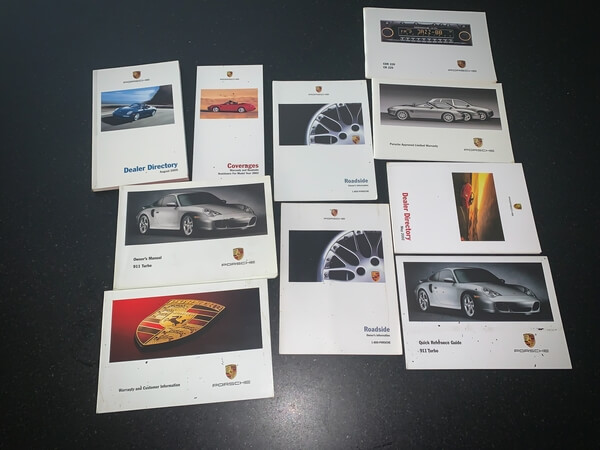 This sale will include a set of two keys, owner's manuals, the original window sticker, an invoice and certification from RUF, the original shifter assembly, and a clean title.  Now is your chance to own a 6-speed 996 Turbo with a genuine RUF RTurbo kit, do not miss out.