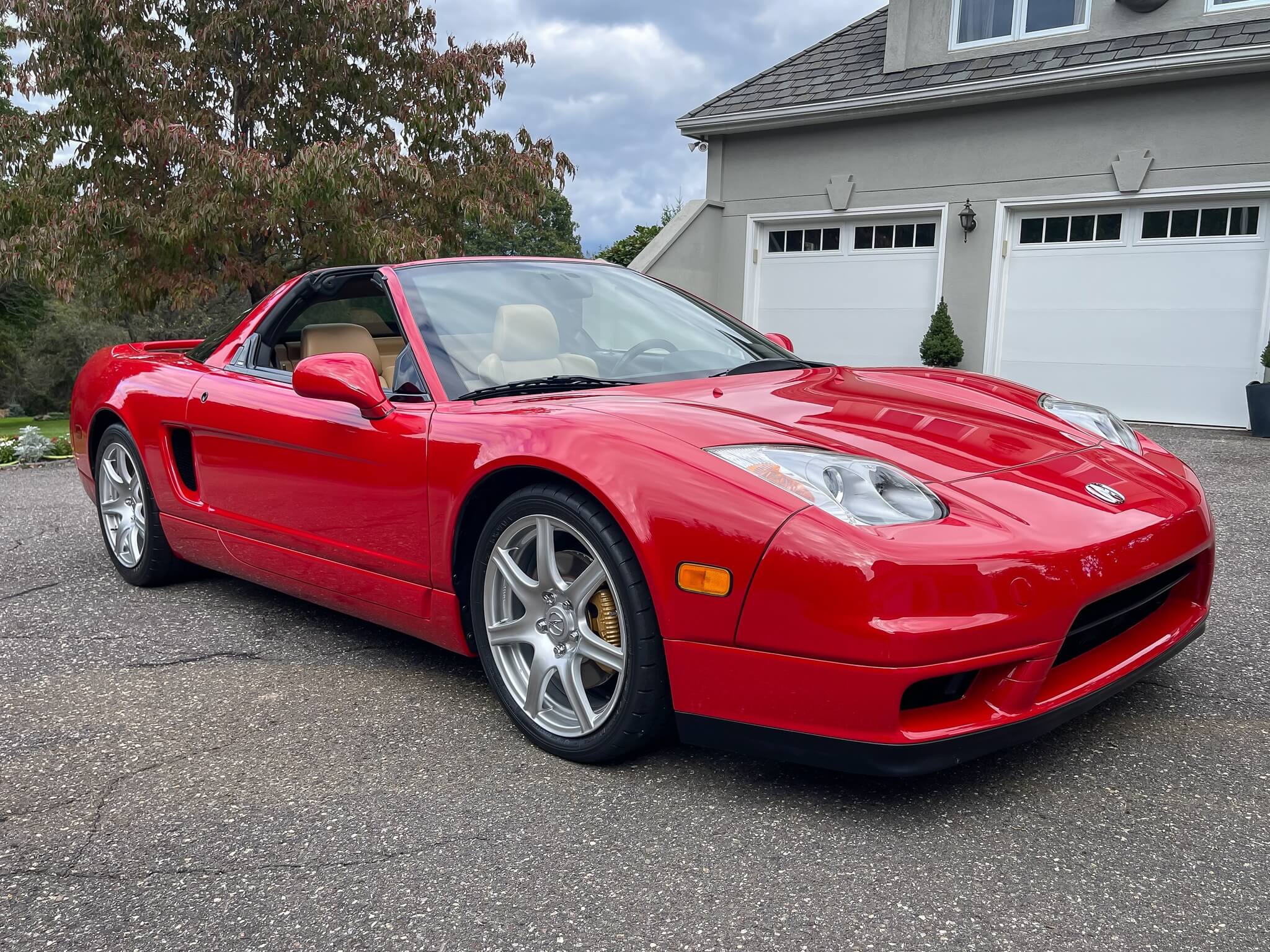 We are pleased to present this 2003 Acura NSX-T NA2 finished in New Formula Red over tan leather.  Representing a major update to the original NSX model, this 2003 NA2 version is one of only 171 U.S. market examples produced for the model year and only 16 in this particular color combination.  Acquired by the current owner in 2008, this NSX-T underwent a recent major service including timing belt and water pump replacements, and is now being offered for auction out of Connecticut with just under 54k miles showing on the odometer. 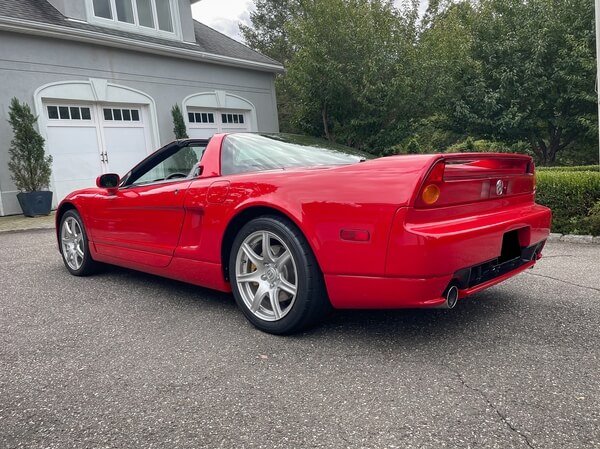 This example comes finished in New Formula Red and is distinguished as a later NA2 model by its fixed xenon headlights, side air intakes, and integrated rear spoiler.  This NSX-T also features a painted removable roof panel that can be stowed beneath the rear hatch when not in use.  The car is said to have been preserved under clear paint protection film since new, and the original film was replaced five years ago following a professional paint correction.  A triple-layer of ceramic coating is also said to have been applied within the last year, detailed images are provided in the gallery along with a clean CARFAX report. The factory 17” seven-spoke alloy wheels were mounted with a set of new high-performance Yokohama Advan tires in August of 2021. 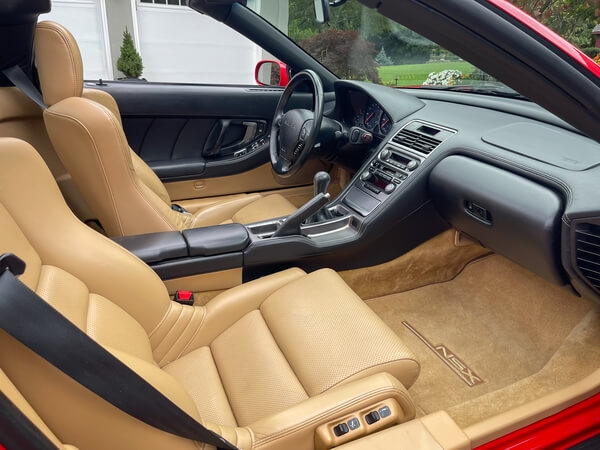 The cabin features power-adjustable seats trimmed in tan leather with matching carpets and a contrasting black dashboard, center console, and door panels. Amenities include NSX-branded floor mats, automatic climate control, cruise control, power door locks, and a premium Bose stereo system with a 6-disc CD changer. The cabin is described to have been very well maintained in highly original condition and the seller reports all gauges and accessories to be fully functional. 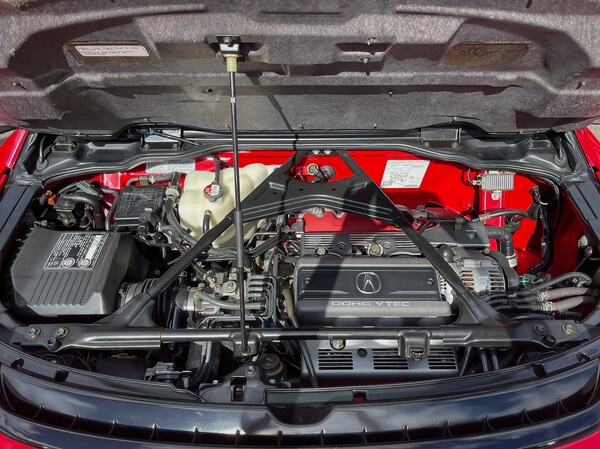 The mid-mounted 3.2L C32B V6 engine features VTEC variable valve timing and an output of up to 290 HP and 224 lb.-ft of torque. Power is delivered to the rear wheels through a 6-speed manual transaxle with a limited-slip differential. The CARFAX report highlights a long history of service dating as far back as 2003, and the owner had a major 60k-mile service completed in July of 2020 at 53,585 miles including a new timing belt and water pump, a valve adjustment, new spark plugs, a new battery, and fresh coolant, oil, and brake fluid. 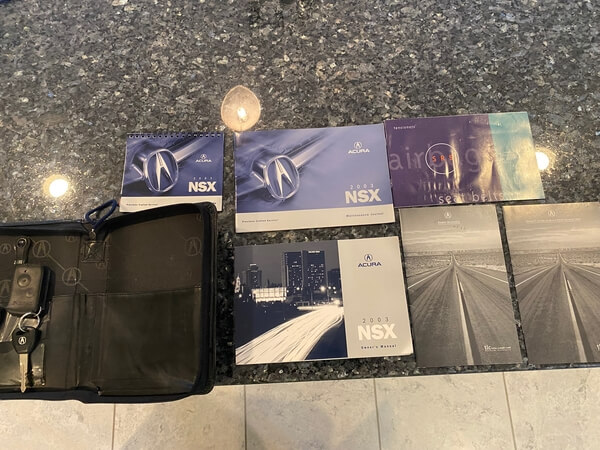 This sale will include a set of two keys, the original owner's manuals, a spare tire, and a clean title. One of the most refined and highly acclaimed sports cars of its era, the NSX is an increasingly appreciating and desirable modern classic.  Do not miss your chance to become the next owner of this beautifully preserved 2003 example.