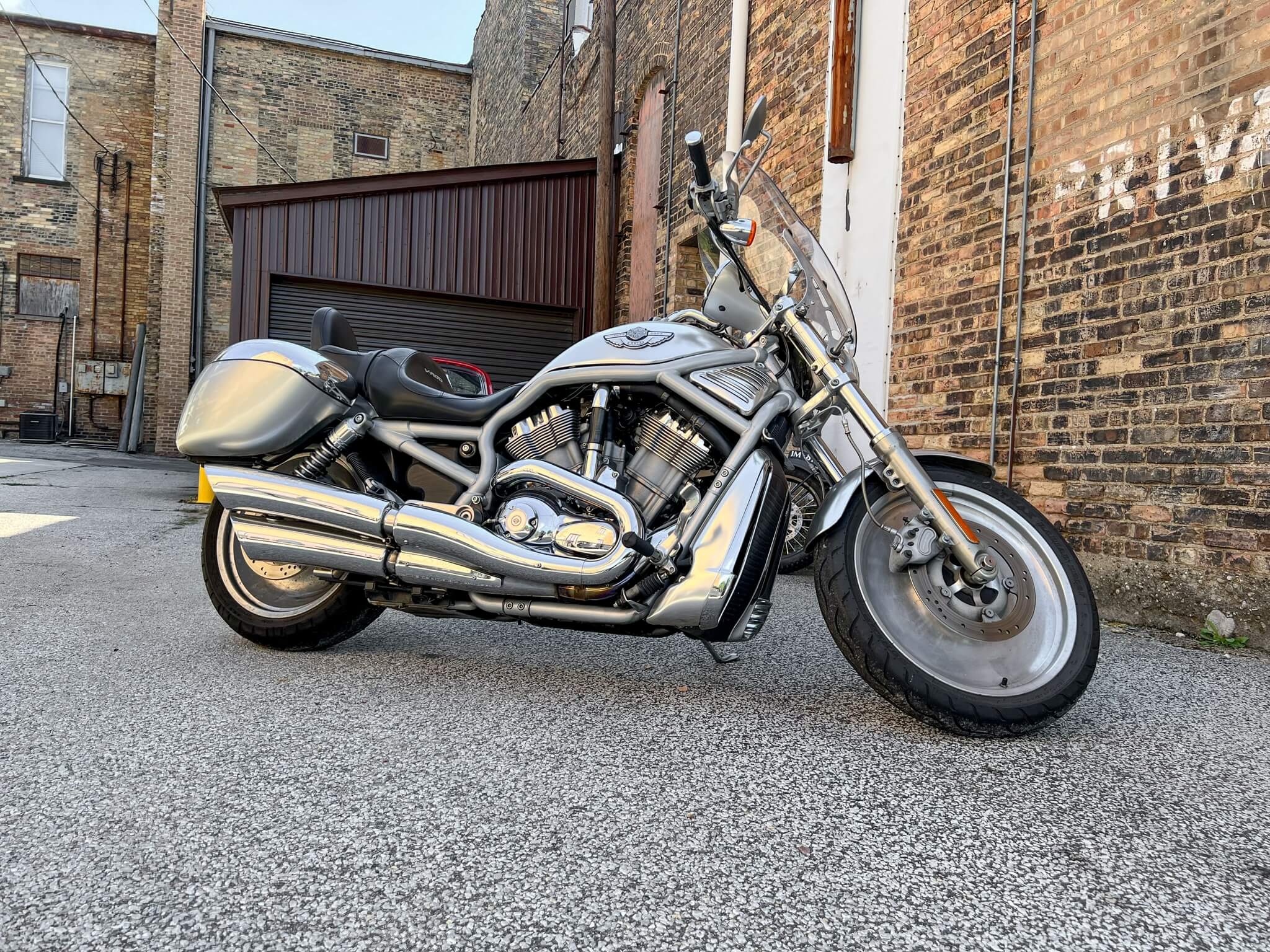 In 2001, Harley Davidson released the VRSC (V-Twin Street Racing Custom) or V-Rod, equipped with a liquid-cooled, four-valve per cylinder V-twin “Revolution” engine developed jointly between Harley Davidson and Porsche Engineering. The first Harley-Davidson to feature water cooling and dual-overhead cams, the “Revolution” was subject to Porsche's “Dusseldorf” test, which ran the V-twin engine for 500 hours continuously in a demonstration of reliability. 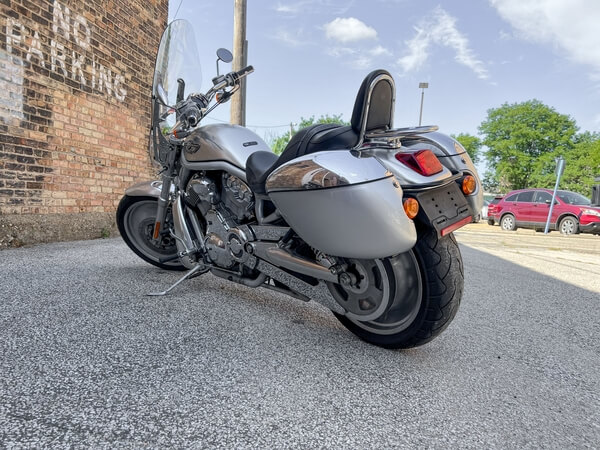 This 2003 example is finished in two-tone Sterling Silver and Vivid Black and was delivered new in Michigan before being relocated to Indiana, where it was acquired from the second owner by the seller in 2016. It has received the addition of a Screaming Eagle exhaust system, Screaming Eagle hard saddlebags, Screaming Eagle heated handlebar grips, and a custom Clear View windscreen. Now showing approximately 38,450 miles on the odometer, this 2003 V-Rod is now being offered at auction by the seller based out of Indiana. 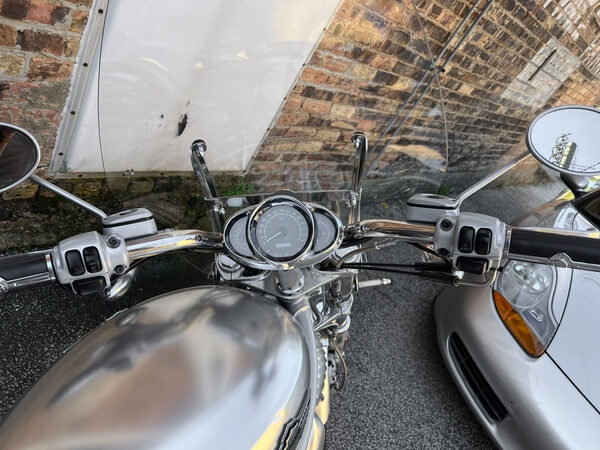 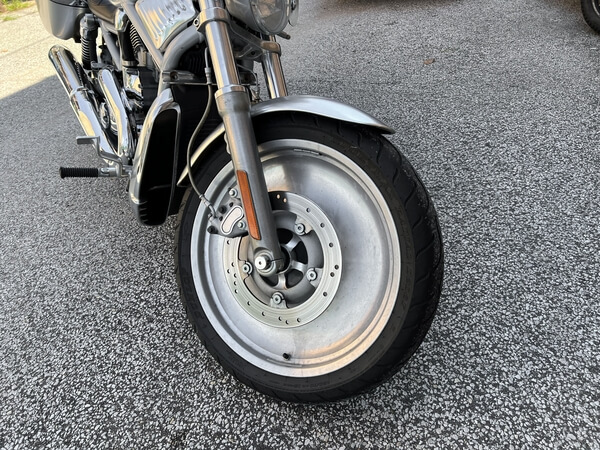 The seller notes two small dings on each side of the fuel tank from the turn signals, which is reportedly a common issue with these bikes, detailed images are provided in the photo gallery. The 19” front and 18” aluminum disc wheels are mounted with Dunlop Sport Radial D208F tires. 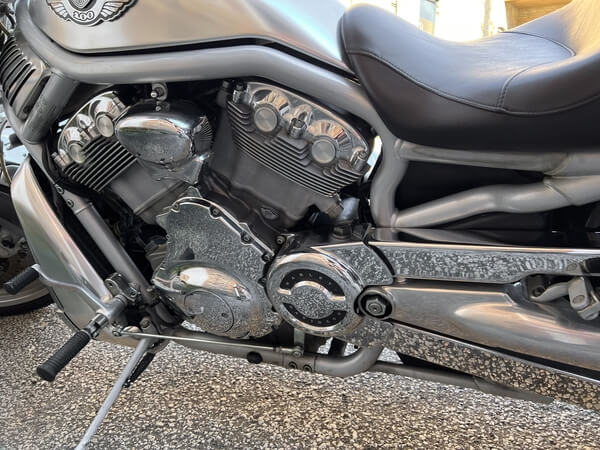 The 1,131cc V-twin engine produces up to 115 HP and 74 lb-ft. of torque, sent through a Getrag five-speed manual transmission with a 9-plate wet clutch. Stopping power comes from dual disc brakes with braided lines and 4-piston calipers. A polished Screaming Eagle exhaust system has been installed for optimal airflow and a more aggressive exhaust note. The seller reports that they have performed routine maintenance during their ownership, and a new AGM battery was installed in 2021. 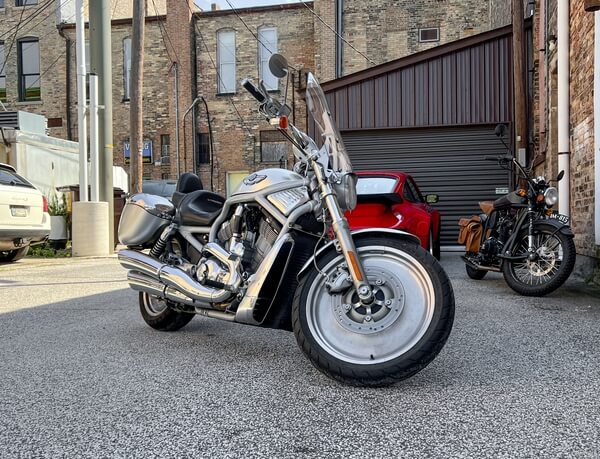 This sale will include 2 keys, the original Harley Davidson windscreen, and some maintenance documentation.