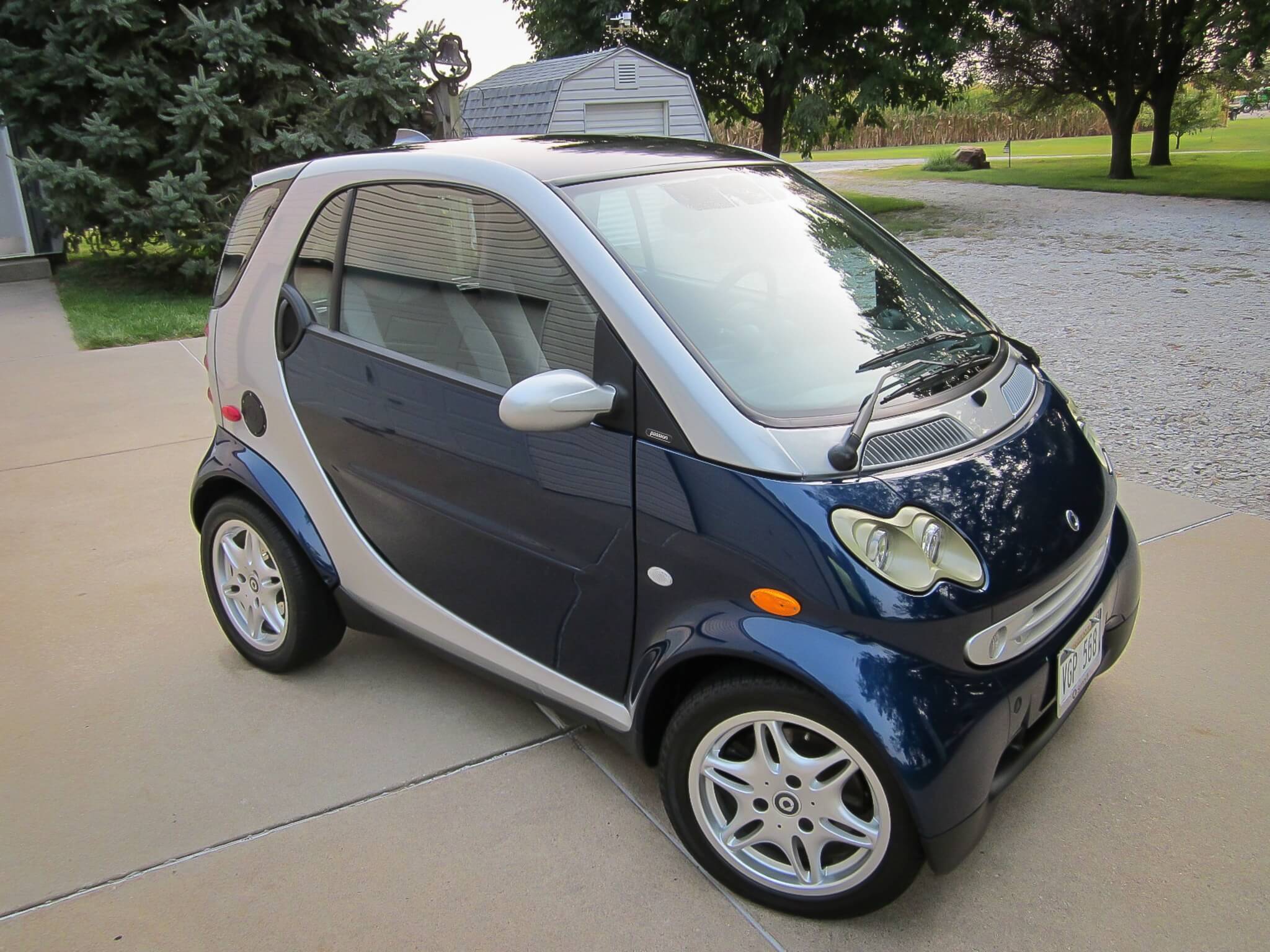 Now available for auction at no reserve is this 2003 Smart Fortwo Passion finished in True Blue and Tridion Silver over a grey cloth interior.  The Smart Fortwo was introduced in 2000 as a hatchback city microcar manufactured by Mercedes-Benz. This European-market Fortwo was imported to the United States in 2004 and subsequently converted to U.S. DOT standards by G&K Automotive of Santa Ana, California. Powered by a 698cc turbocharged three-cylinder engine mated to a six-speed automated manual transmission, the Smart Fortwo is a rare sight on U.S. roads with less than 200 examples believed to have been imported. Kept in private collections throughout its life, this Smart Fortwo is now being offered for auction by its owner out of Nebraska showing approximately 10k miles on the odometer. 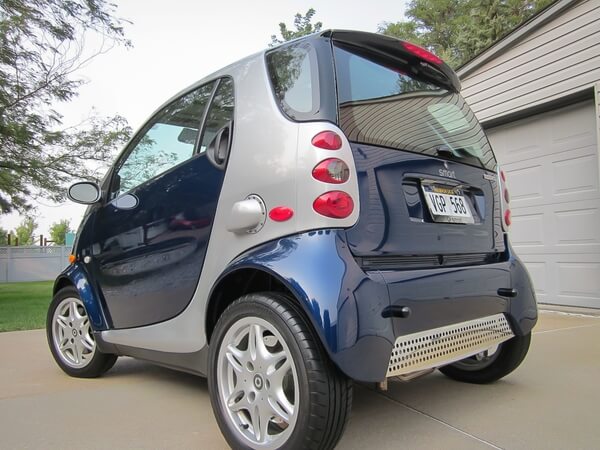 This Smart Fortwo features plastic body panels finished in True Blue contrasted by a Tridion Silver safety cell.  The car has been driven very sparingly in recent years while mainly kept indoors beneath a cover, detailed images are provided in the photo gallery along with a clean CARFAX.  For the 2003 model year, the Fortwo received updated styling including new headlights and taillights.  This example has been fitted with U.S. market lighting and rides on factory 16” Smart wheels with Continental ContiEcoContact tires mounted in 2017. 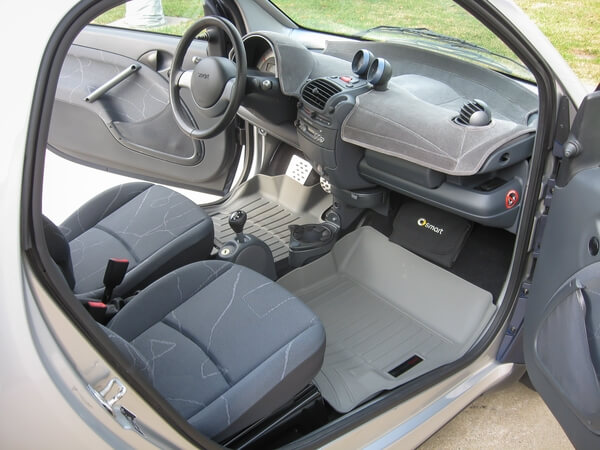 Upholstered in grey patterned cloth, the cabin has been preserved by Mercedes-branded seat covers and a dashboard cover since new. Driver’s amenities include air conditioning, a CD radio unit by Grundig, and locking storage boxes underneath the seats. The interior has been upgraded with a Lorinser parking brake handle and leather boot as well as WeatherTech floor liners. Factory options include drilled aluminum pedal covers and a tachometer and analog clock mounted to the dashboard. 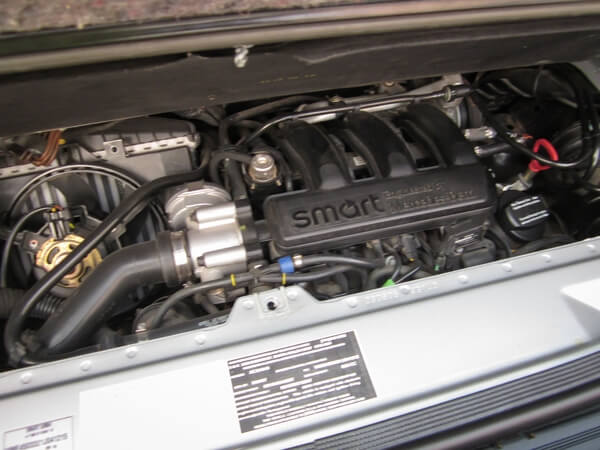 This Fortwo is powered by a 698cc turbocharged three-cylinder engine that was factory rated at 50 HP and 59 lb.-ft of torque, with a top speed governed at 95 MPH. The seller reports an upgraded drainable oil pan to have been installed in place of the stock version which requires a vacuum pump for oil service. Driven less than 500 miles in the past four years, the seller has replaced the cabin and engine air filters as well as an oil change in 2020. 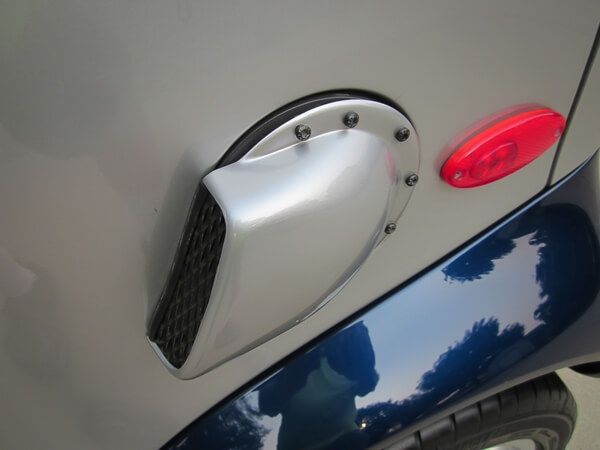 This sale will include a set of two keys and a clean title. Offered at no reserve, this rare European-market Smart Fortwo presents a very special opportunity.