We are pleased to present this 2003 Porsche 996 Turbo X50 finished in Lapis Blue Metallic over a Graphite Grey full leather interior.  Carrying a highly sought-after twin turbocharged Mezger flat-six engine with the factory optioned X50 Power Kit, this 996 left the factory boasting the same performance figures as Turbo S introduced the following model year.  Equipped with custom features including a JRE adjustable suspension, a GT2 decklid and additional carbon fiber interior trim, this 2003 example is an absolute stand-out.  It is now being offered for auction by its seller in California with a Porsche Certificate of Authenticity and approximately 32k miles showing on the odometer. 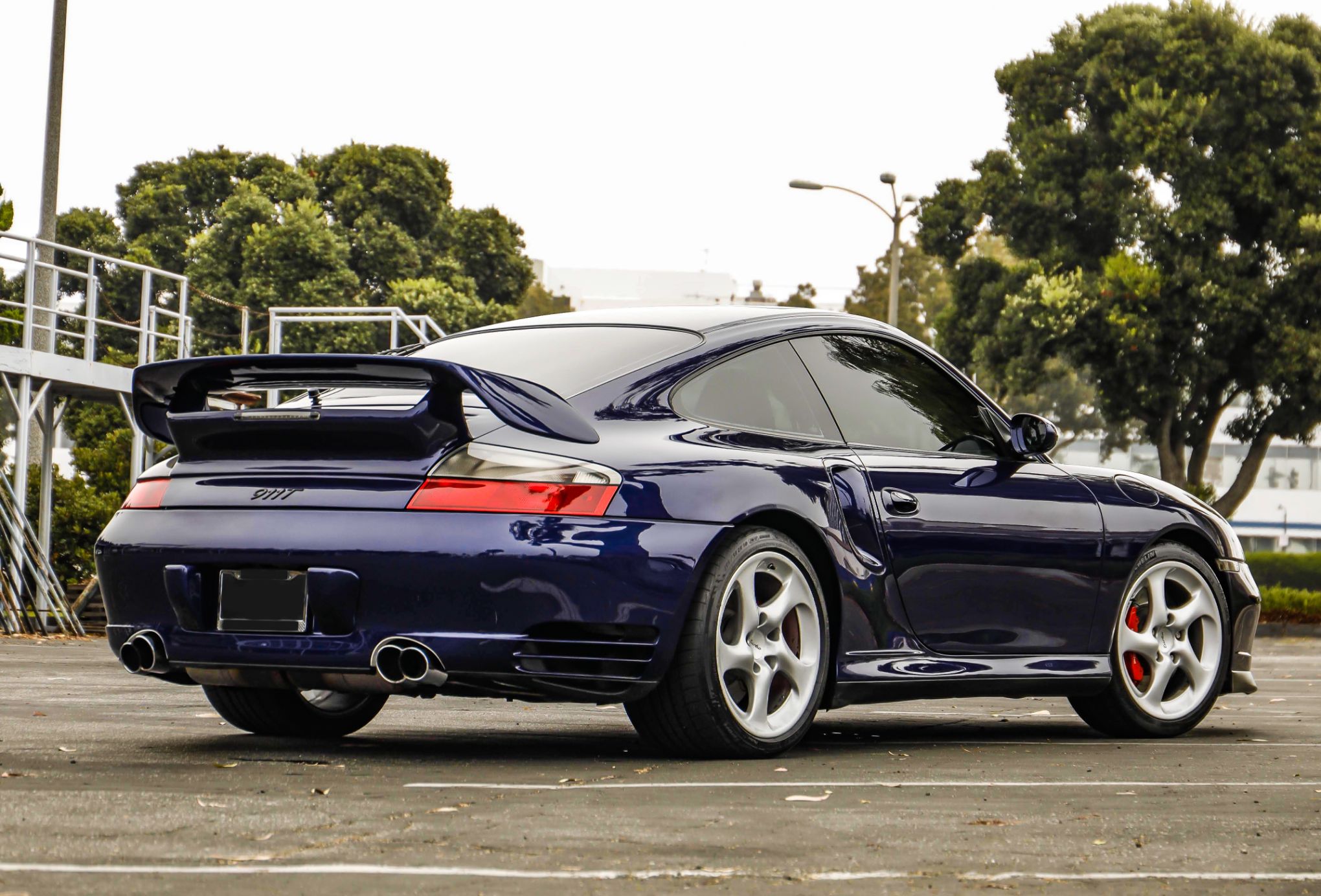 The Lapis Blue Metallic paint is said to be in great condition with minimal signs of wear (detailed images are provided in the photo gallery).  This Turbo has been modified with a GT2 rear decklid, and the factory Turbo Twist wheels are retained which come dressed in new Michelin Pilot Sport tires. 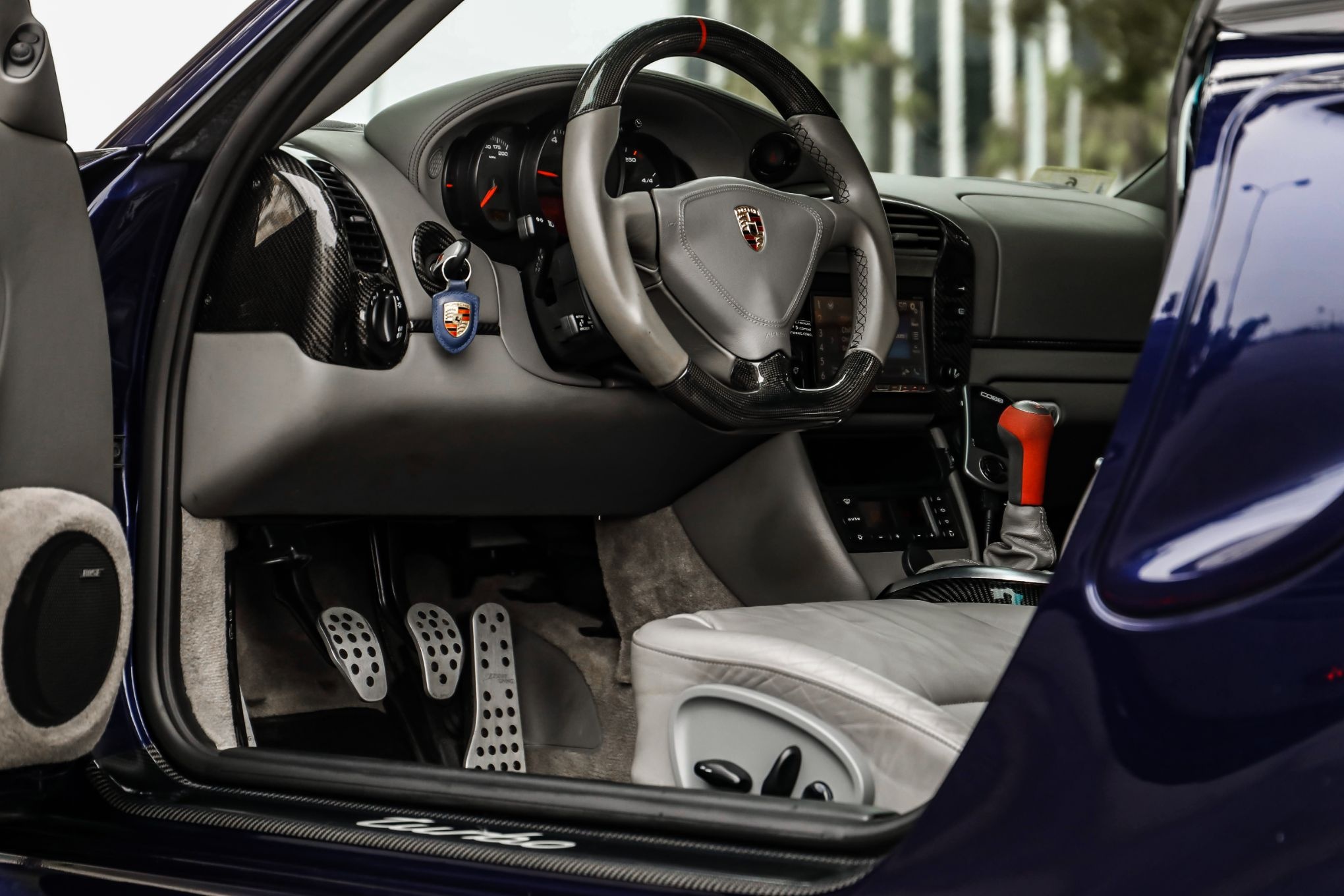 The interior is appointed in Graphite Grey full leather with deviated stitching and additional genuine carbon fiber trim throughout the cabin. Other modifications include a Cobb access port, a red Alcantara 997 shift knob, a custom carbon fiber steering wheel and a Pioneer head unit with an integrated backup camera.  The seller has confirmed all gauges and accessories to remain fully functional. With an original sticker price of over $145k, this 996 comes outfitted with the following exclusive options: 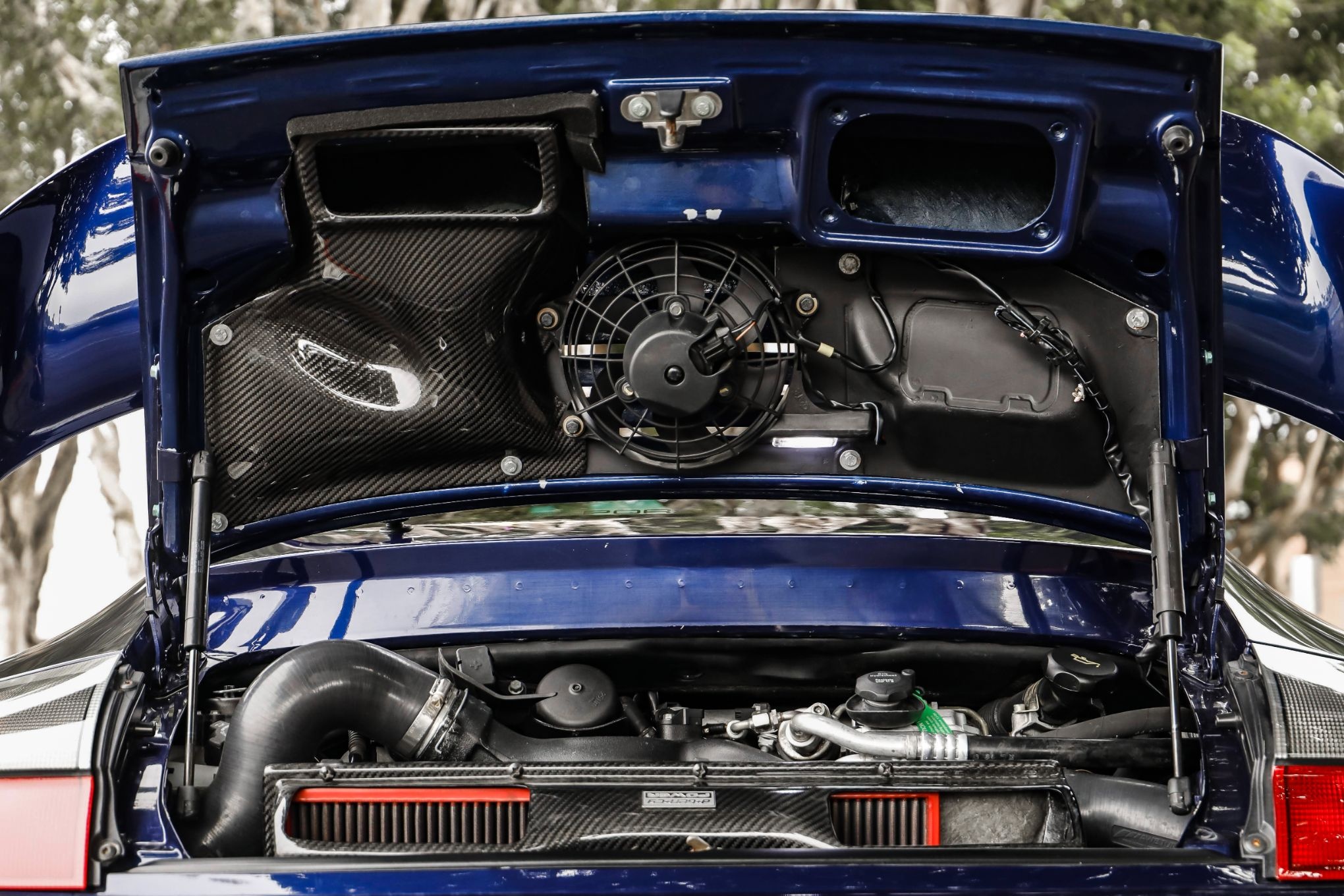 This 996 carries a legendary twin turbocharged 3.6 L flat-six Mezger engine which features the factory optioned X50 Power Kit making for a stock output of 444 HP.  Power is distributed to the rear wheels through a 6-speed manual transmission which puts ultimate control in the hands of the driver.  Upgrades have been installed including a Cobb performance tune, an Agency Power carbon fiber air intake and an adjustable JRE suspension.  Reported to be up to date on all due service, this upgraded 996 Turbo is said to be in fantastic driving condition.

The sale of this Turbo will include two keys, books, service records, tools, certificate of authenticity, the original deck-lid, original center console, original radio, and original suspension.  As one of the most sought after Porsche 996 models of all time, this Turbo X50 represents an opportunity that is not to be missed.