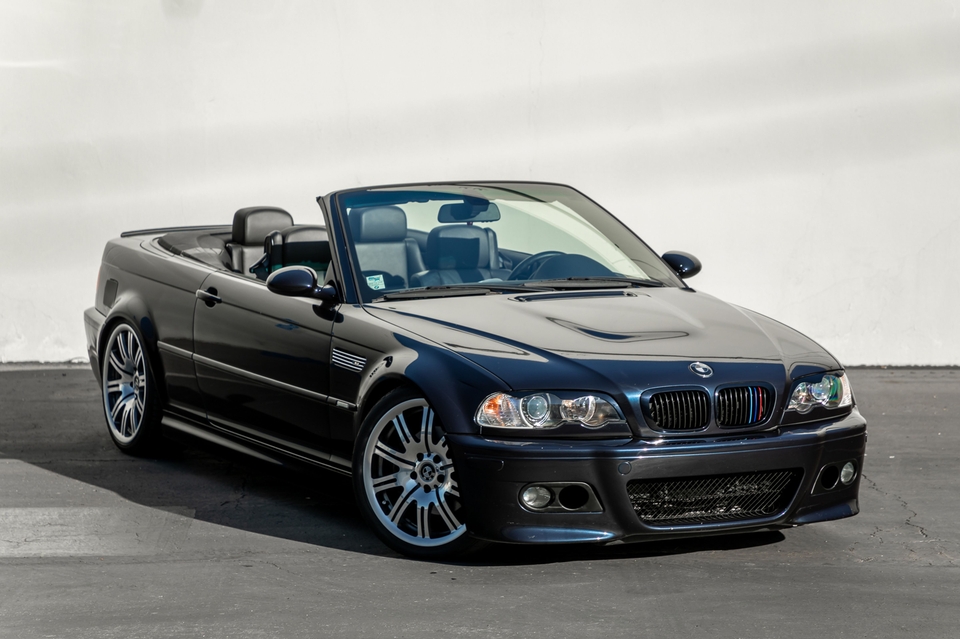 Up for auction is this 2004 BMW E46 M3 Convertible finished in Carbon Black Metallic over a black leather interior.  Offered as the high-performance variation of BMW’s E46 3-series, this M3 Convertible is powered by a 3.2 L inline-six engine paired with a 6-speed manual gearbox.  A lifelong California car, this 2004 example is said to have had 2 private owners from new with its first owner being a BMW master technician.  Highlighting some tasteful performance upgrades, this M3 is now being offered for auction by its seller in California with approximately 49k miles showing on the odometer. 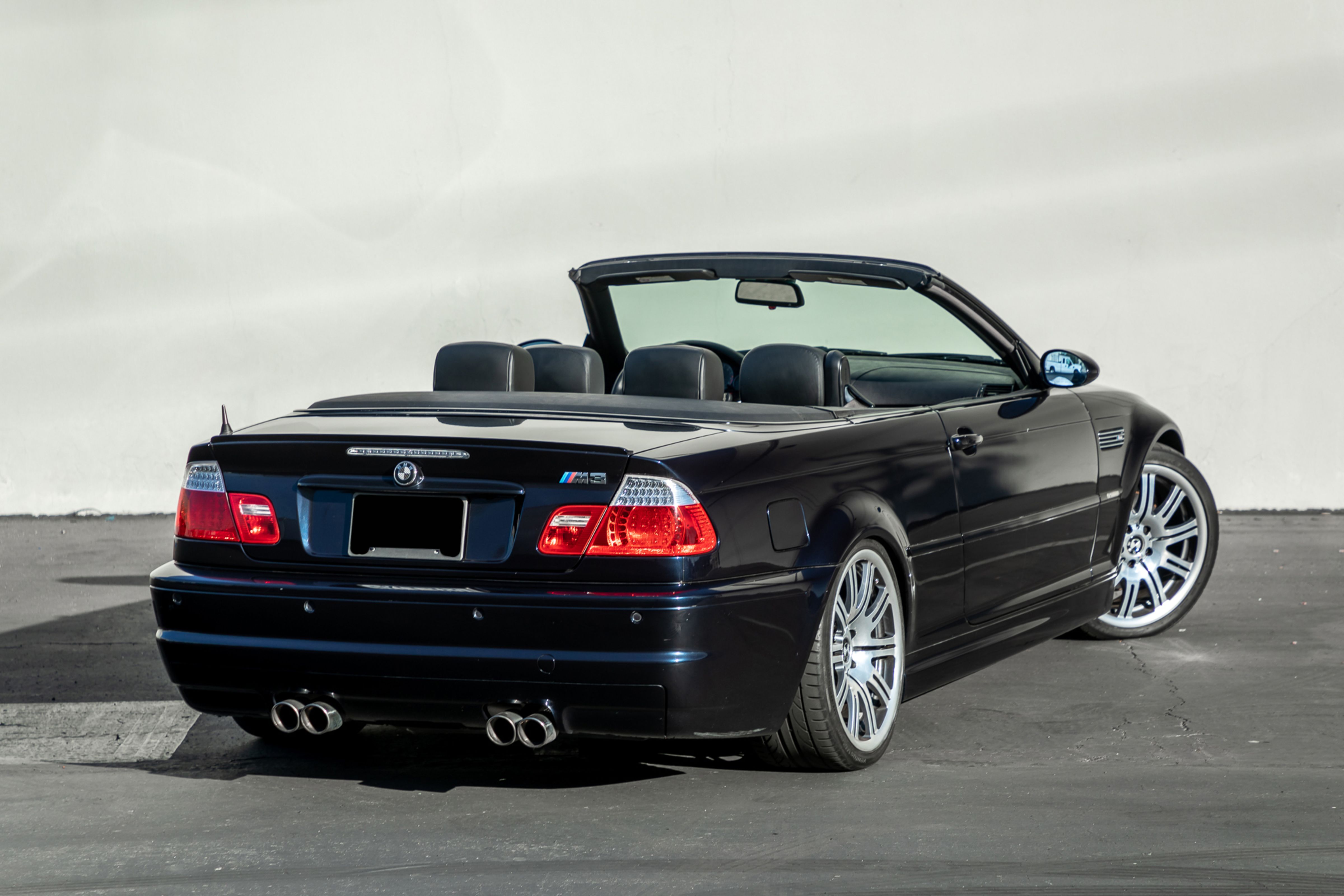 The Carbon Black Metallic paint is reported to be in very nice condition overall, detailed images are provided in the photo gallery.  The front bumper is also said to have been professionally refinished to maintain excellent cosmetic standards.  Some custom details have been added including M-stripes on the front grille, additional trim pieces, and carbon fiber details.  This M3 rides on factory 18” Style 67 wheels dressed in healthy Hankook Ventus V12 tires. 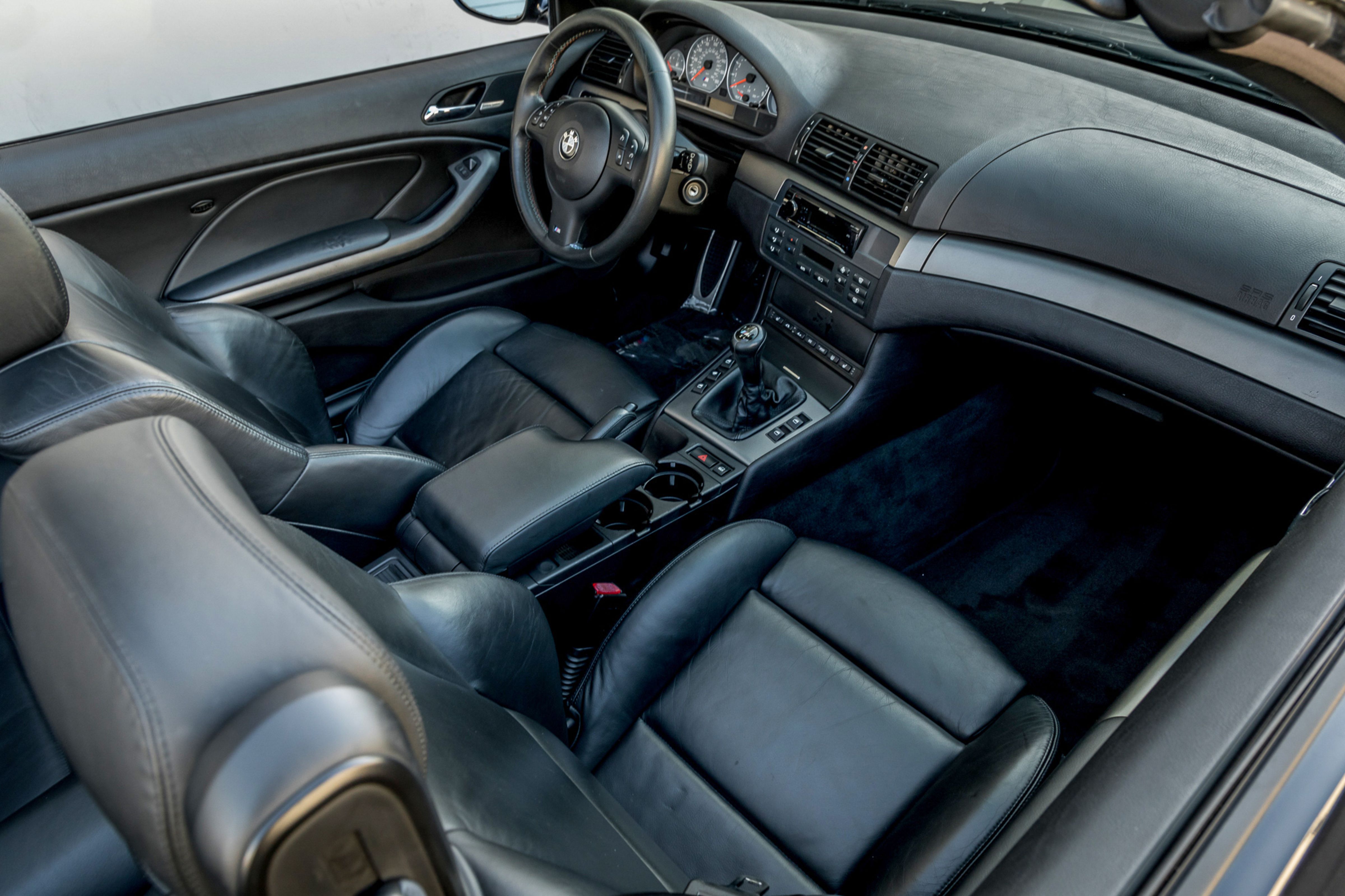 Inside, the driver is greeted by a beautifully preserved black leather interior with M3-specific details including special steering wheel stitching, power-adjustable sport seats, and “M” branded instrument dials, floormats, and doorsill guards.  An aftermarket radio has been installed and all gauges and accessories are reported to be fully functional. 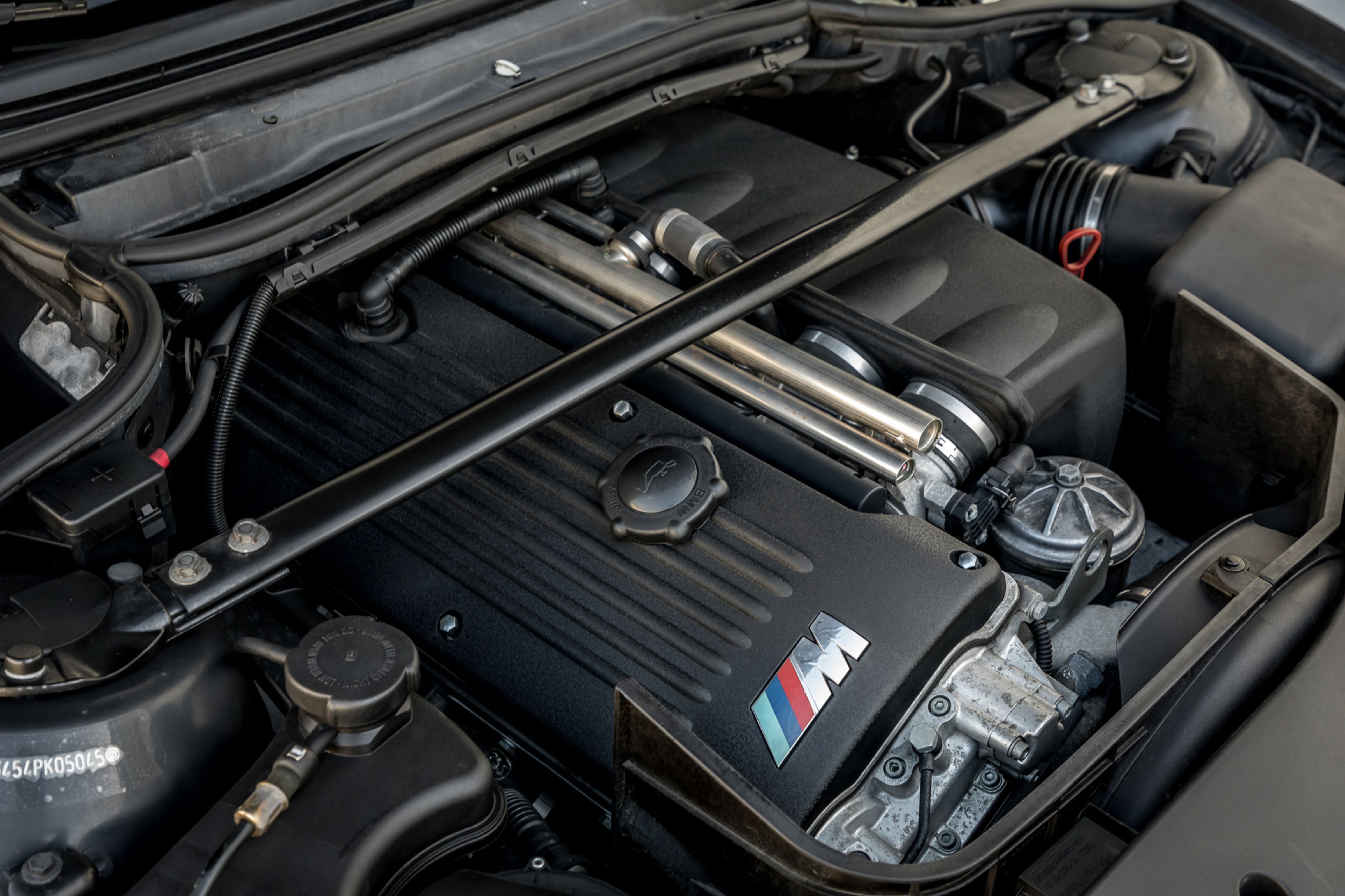 This E46 is powered by a naturally aspirated S54 3.2 L inline 6-cylinder engine mated to a 6-speed manual gearbox.  338 HP stock is sent to the rear wheels providing for a 0-60 time of approximately 5 seconds.  This M3 has been upgraded with JW coilovers and a Borla exhaust system, and all of the original parts are said to be included in the sale.  This example is reported to have been meticulously cared for throughout its life with all routine maintenance items addressed including a VANOS and rod bearing service under previous ownership.  Recent maintenance is said to include new fluids, filters, and drive belts. 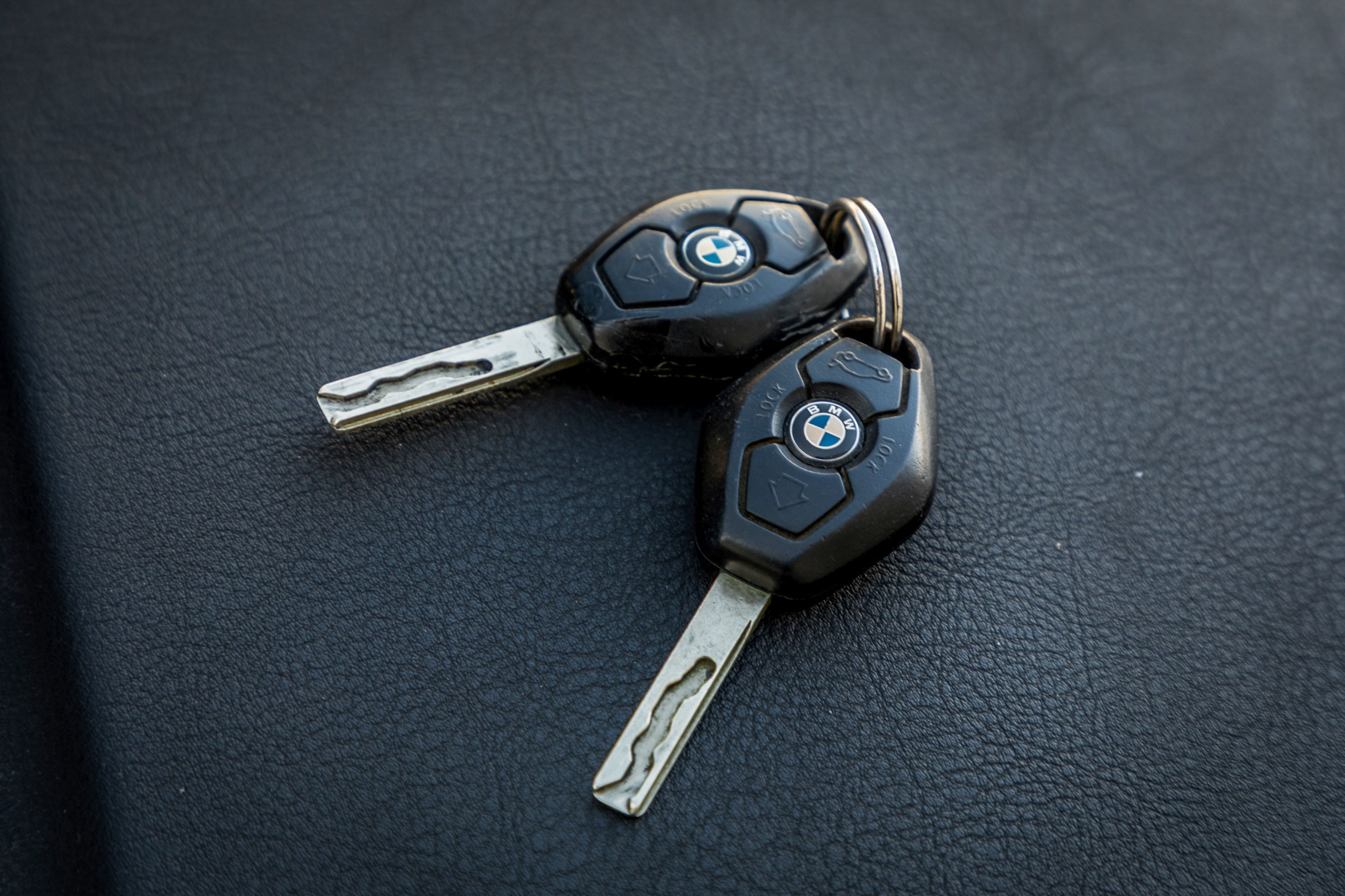 This sale will include a set of 3 keys, owner’s manuals, tools, a collection of original and spare parts, service records, a car cover, and a clean title.  A favorite amongst avid driving enthusiasts and collectors alike, this well maintained M3 is just waiting to be enjoyed by its next owner.