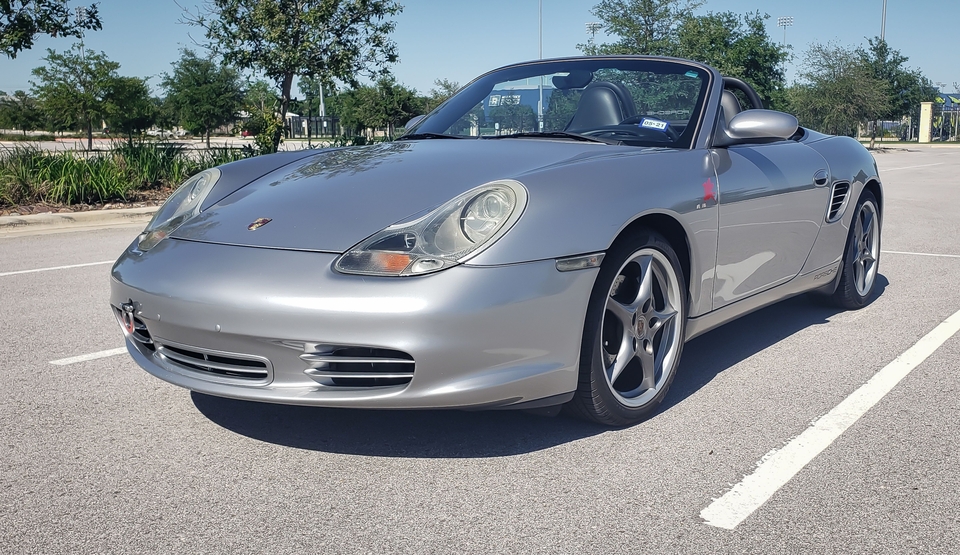 Now up for auction is this highly collectible 2004 Porsche 986 Boxster S “50 years of 550 Spyder Edition”.  To commemorate the 50th anniversary of the iconic 550 Spyder race car, Porsche released a limited series of 1953 special edition Boxster S models all finished in GT Silver Metallic over premium Natural Leather interiors. They also received revised engine tuning for increased horsepower, color-matched 18” Carrera wheels, Sport Seats, and many other unique features.   Only 500 of these special edition Boxsters made their way to the United States. Designated as #1458/1953, this 986 has spent its entire life in Texas and is now being offered for auction by its third and current owner while showing approximately 85k-miles on the odometer. 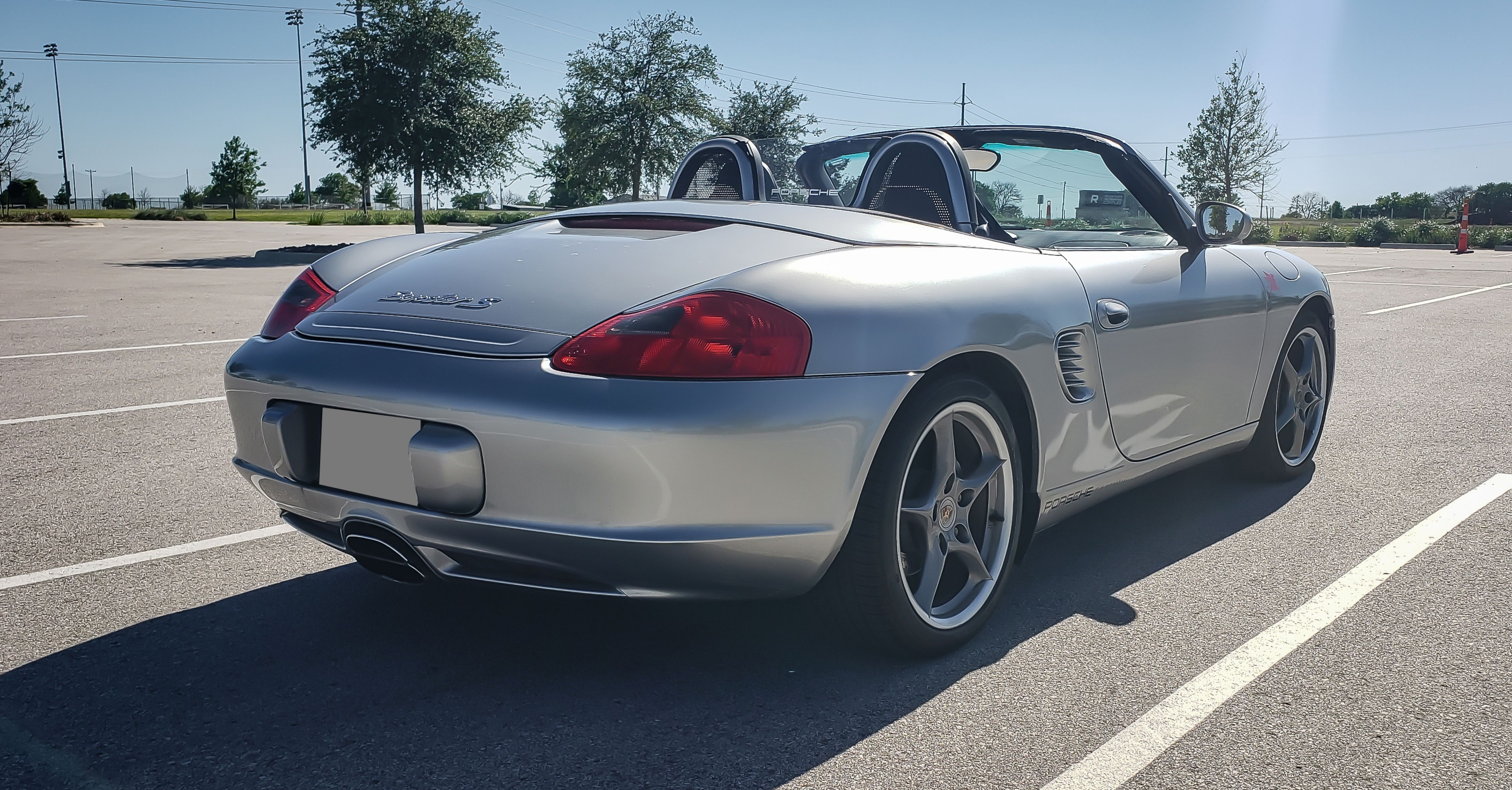 All 550 Spyder Edition Boxster’s were finished in GT Silver Metallic, a color that had been previously reserved for only the Carrera GT and 40th-Anniversary Edition 911.  This 986 is said to have been garage kept by the current owner and some minor signs of road-going wear are noted throughout the exterior.  Detailed images are provided in the photo gallery along with a clean CARFAX report. Noteworthy exterior features of this special edition include a unique stacked-tip exhaust finisher, painted rear intake gils, a chrome plated model designation on the rear deck, and 18” Carrera wheels with painted spokes and contrasting bright silver outer lips.  The rear tires are said to have been newly installed and the front are said to bear less than 2k-miles of use.

Inside, this 986 is appointed with a premium Dark Grey Natural Leather interior and factory Sport Seats.  Some unique details of this special edition include a painted center console and instrument surround, perforated leather on the steering wheel and handbrake lever, and a limitation placard showing this car’s individual production number of 1483/1953.  Other factory features include a CD shelf center console, cruise control, the Bose High-End Sound Package, and a remote 6-disc CD changer.  Upgraded aluminum pedals have been installed and all gauges and accessories are said to be working properly.

This Boxster S is equipped with a mid-mounted 3.2 L flat-six engine rated at 264 HP, an increase of 7 HP over the standard Boxster S thanks to revised engine tuning.  This special edition also comes from the factory with a stiffer and lower suspension, a short-throw shifter, sport exhaust, 5mm wheel spacers, and Porsche Stability Management (PSM).  Routine service has been carried out under the current ownership since 2014 including the replacements of fluids, filters, belts, and brakes.  The air/oil separator was also previously replaced by a Porsche dealer and a new water pump was installed within the last two years.  Additional service information is provided on CARFAX.

This sale will include a spare tire and a clean title.  An exclusive limited-production model with beautiful factory specifications, this 550 Anniversary Edition is just waiting to be enjoyed by a new owner.