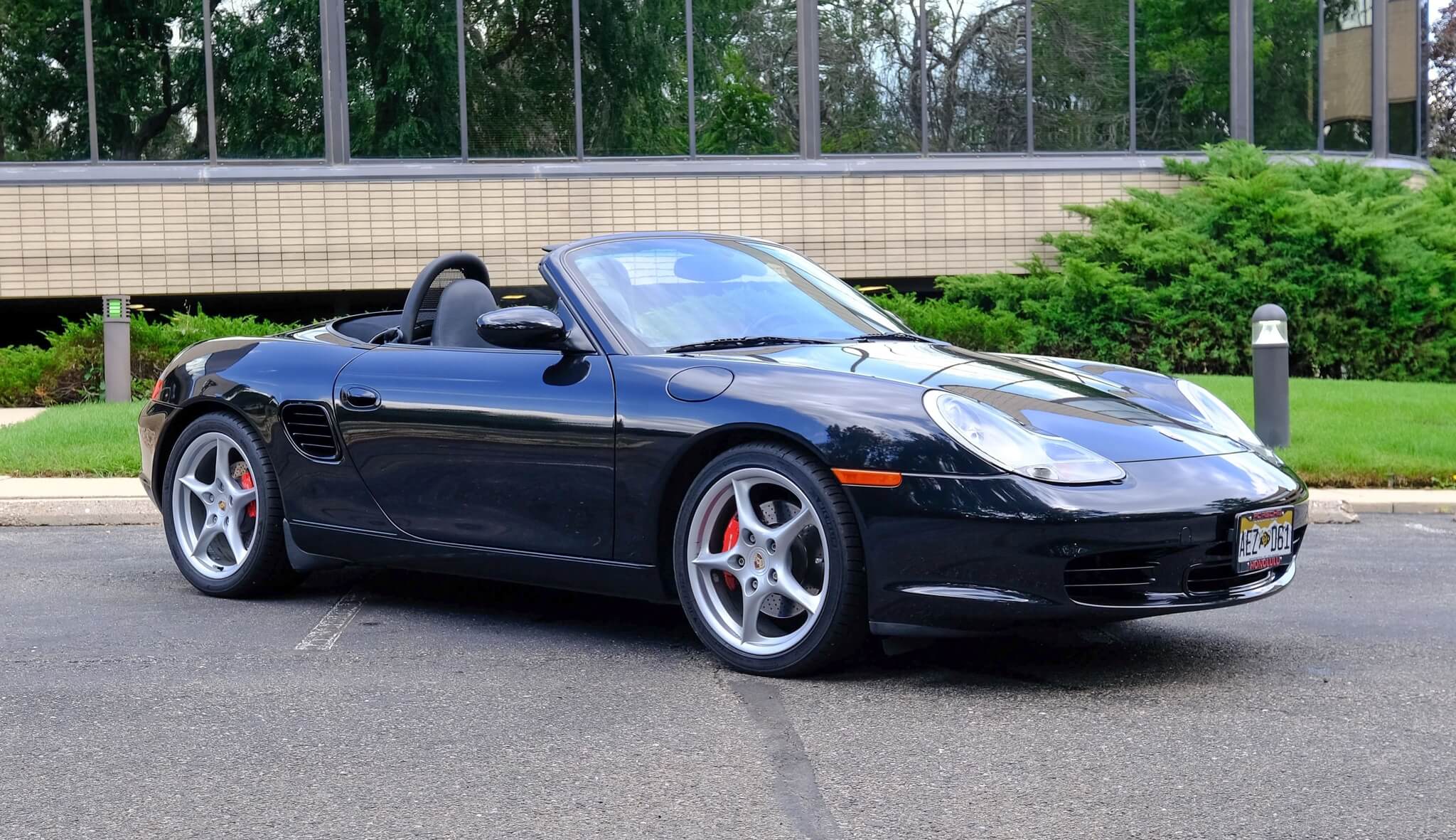 Available for auction is this 2004 Porsche Boxtser S finished in Basalt Black Metallic over a Black full leather interior. Introduced in late 1996 as Porsche’s mid-engine entry level model, the first generation Boxster has been rapidly gaining favor amongst enthusiasts and collectors alike. This 2004 Boxster S was originally purchased from Porsche of Honolulu, and was acquired by the seller in 2016. It was subsequently shipped to Colorado where it resides today. It comes equipped with factory options including the Xenon Headlamp package, 18” Carrera wheels, Self dimming mirrors, and more. This 986 Boxster is now being offered by its seller out of Colorado showing just over 39k miles on the odometer. 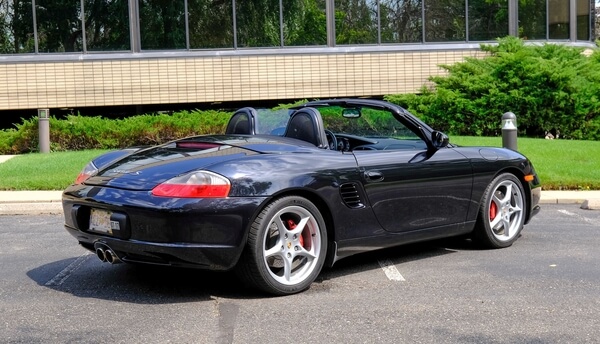 This 986 is finished in Basalt Black Metallic (Z4) and features an automatically deploying rear spoiler and a power-retractable black soft top. The seller notes that the previous owner applied a ceramic coating which was replaced with a new high quality coating in July of this year, and a layer of paint protection film covers the front end. Detailed images can be found in the gallery along with a clean CARFAX. Features include the Xenon Headlamp package, quarter panel air vents, a speed-activated rear spoiler, roll hoops, a central exhaust outlet, and 18” Light Alloy Carrera Wheels with colored crest center caps. The wheels come dressed in a set of Michelin Pilot Sport All Season tires bearing date codes from 2020. 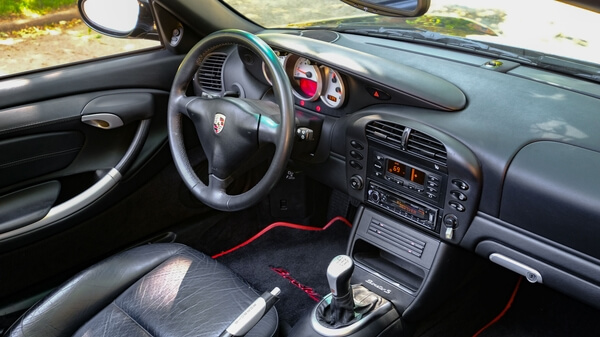 The cabin of this Boxster is appointed with Black Full Leather upholstery with matching carpets. The cabin is said to remain nicely preserved showing little wear throughout. Amenities include Self dimming mirrors and Rain Sensors, a Porsche Windstop (deflector), an On Board Computer, and the shifter and handbrake handle in leather and aluminum. The factory Hi-Fi sound system has been upgraded with a Pioneer CD RDS receiver, an Alpine 4 channel amplifier, and Focal and Infinity speakers. The seller confirms that all gauges, electronics, and accessories remain functional, and that the original sound system will be included with the car. 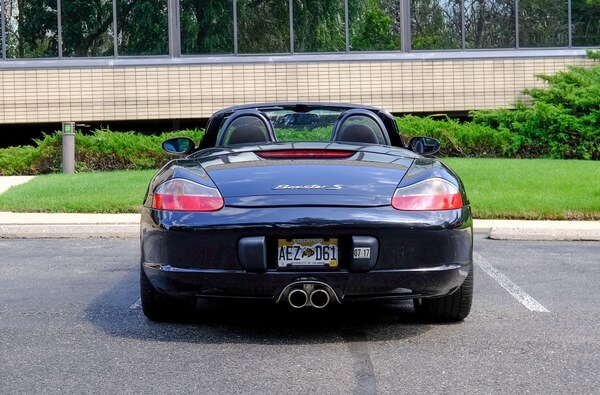 This Boxster S is equipped with a mid-mounted 3.2L flat-six engine that sends as much as 258 HP and 229 lb.-ft of torque to the rear wheels by way of a 6-speed manual transmission. Performance features include standard Porsche Stability Management (PSM), and fixed 4-piston red-painted brake calipers with cross-drilled rotors at each corner. The CARFAX includes 14 service history records dating back as far as 2003, and under current ownership the car has reportedly received a new water pump and serpentine belt, a driver’s side rear axle assembly, a battery, and new tires. The seller notes that there is an occasional rattle coming from the rear area that remains undiagnosed. 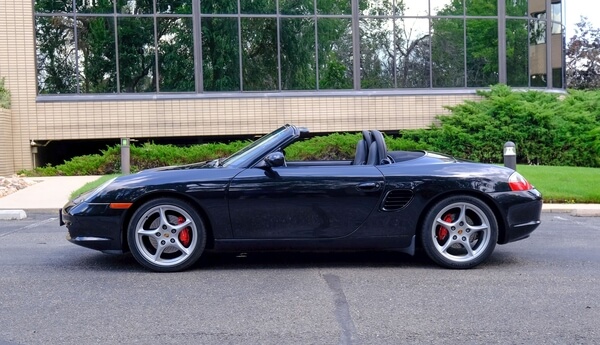 This sale will include a clean title, owner’s books, and window sticker. Don’t miss this nicely preserved example of the quickly appreciating first generation Boxster !