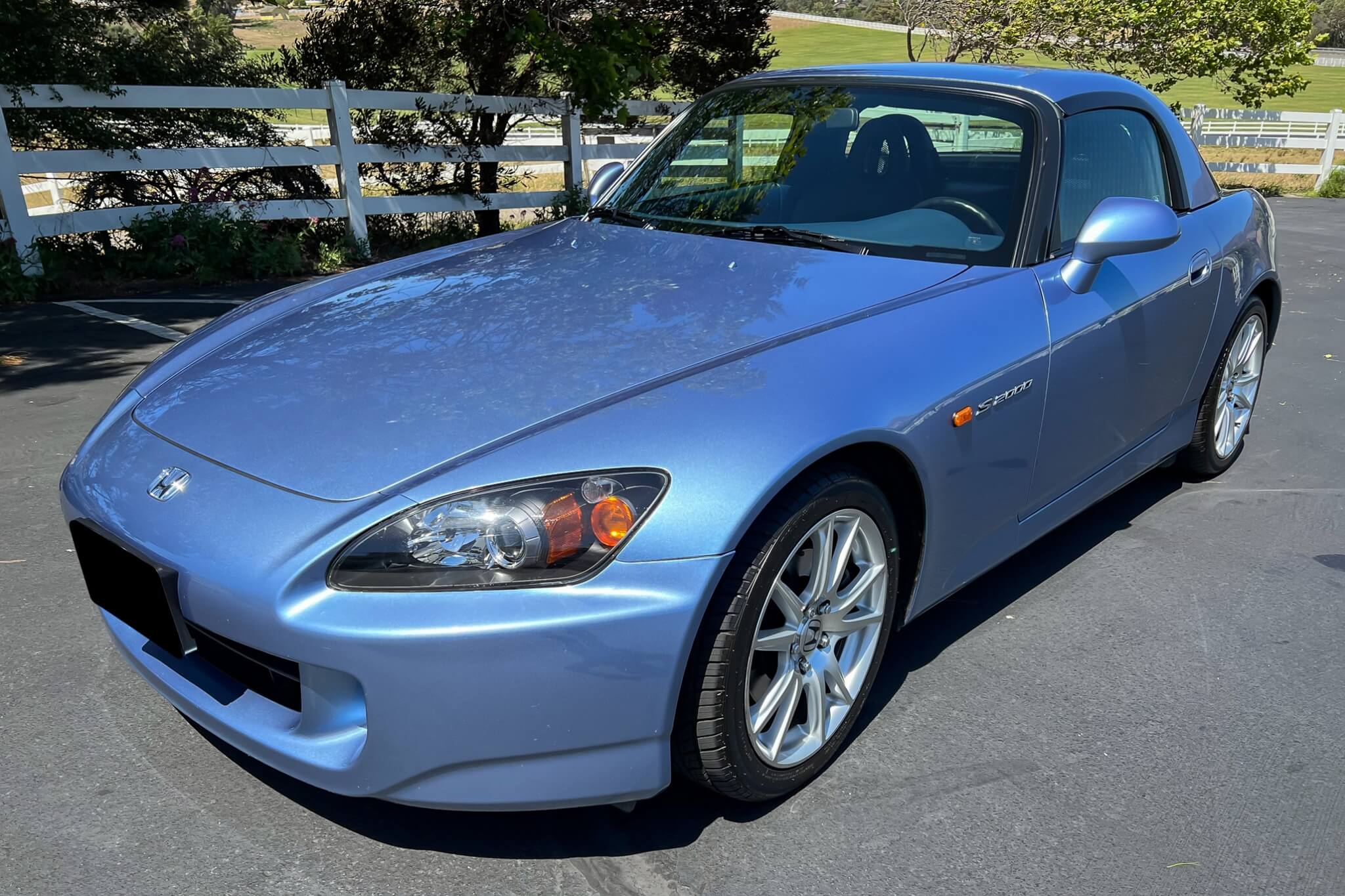 Now available for auction is this 2005 Honda S2000 AP2 finished in Nurburgring Blue Metallic over blue leather with a matching factory hardtop. Introduced in 2004 with major updates, the second generation of Honda’s advanced S2000 sports car was given the designation AP2 and featured new front and rear bumpers, carbon fiber gearbox synchronizers, retuned suspension, and a larger 2.2L engine. A sparingly driven example, this 2005 S2000 has been cared for by two owners since new and is now being offered for auction by its seller out of California showing approximately 24k miles on the odometer. 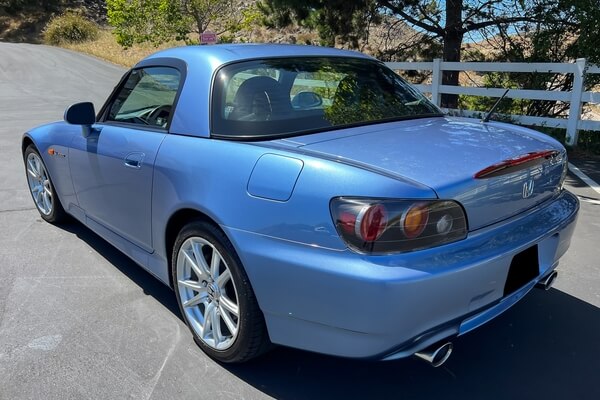 This AP2 was ordered in Nurburgring Blue Metallic with a matching removable hardtop and black convertible soft top. Changes for the AP2 generation include revised front and rear bumpers, new LED taillights, redesigned headlight assemblies, and oval-shaped exhaust tips. This S2000 rides on factory 17” alloy wheels dressed in Uniroyal Tiger Paw tires from January 2019. Detailed images are provided in the gallery along with a clean CARFAX report. 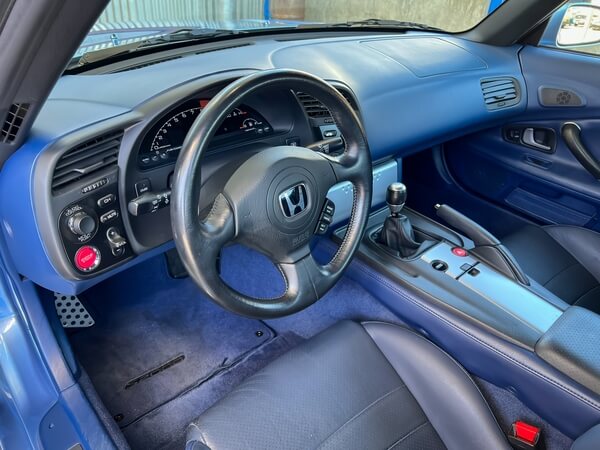 The cabin is trimmed in blue leather and offers amenities including pushbutton ignition, a 4-speaker sound system with an AM/FM/CD concealed stereo, air conditioning, power windows and locks, cruise control, and a front center console. The three-spoke leather-wrapped steering wheel sits ahead of a digital speedometer and bar-style tachometer with an 8k-RPM redline. All gauges and accessories are reported to be fully functional. 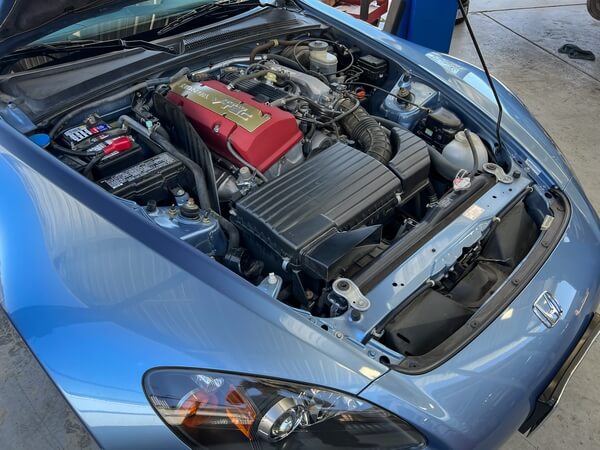 The AP2 generation S2000 features a 2.2-liter F22C1 DOHC inline 4-cylinder engine with V-TEC variable valve timing and an output of up to 240 HP and 162 lb.-ft of torque. Power is sent to the rear wheels through a 6-speed manual transmission and a limited-slip differential. Other features include variable-assist rack and pinion steering, and four-wheel double-wishbone independent suspension. 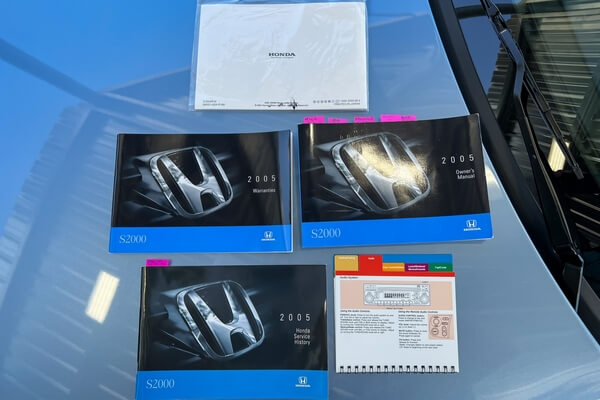