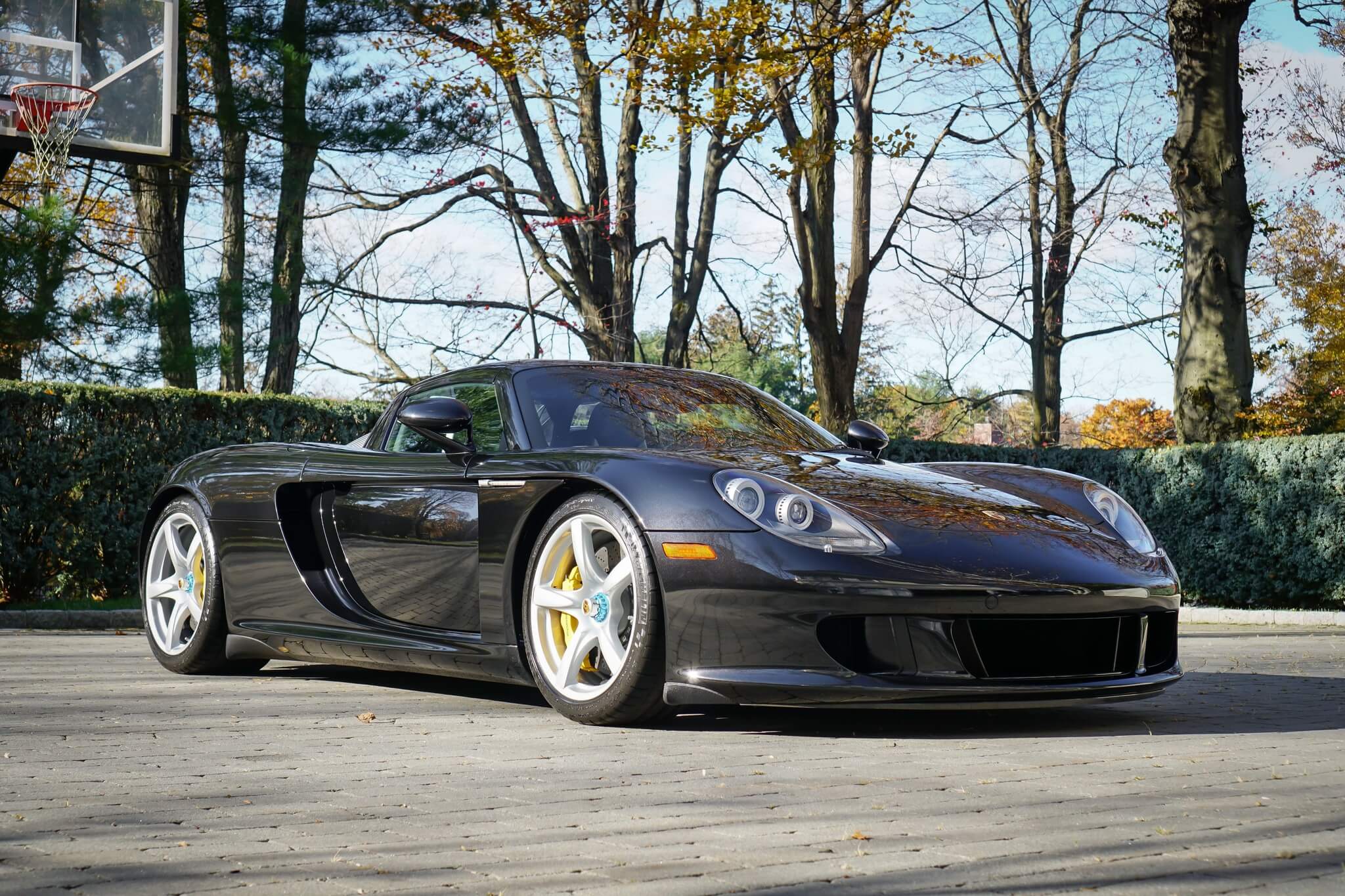 We are pleased to present this 2005 Porsche Carrera GT finished in Basalt Black Metallic over a Dark Grey leather interior.  Celebrated for its analog design and visceral driving characteristics, the Carrera GT is often regarded as one of the greatest supercars ever made.  Featuring a V10 engine carried over from an abandoned Le Mans prototype race car design, the Carrera GT was first debuted as a concept car at the 2000 Paris Motor Show before limited production of fully developed road-going versions commenced at Porsche’s Leipzig facility in 2004. Production of the Carrera GT ceased in 2006 with approximately 1,270 examples built in total, of which only 644 were sold in the United States.  Sporting an extremely rare color combination, this 2005 example, chassis #829, has been part of the current owner’s collection since 2018 at 1,550 miles and has since been thoroughly serviced and equipped with a special KW suspension lift kit for improved drivability.  Accompanied by its original luggage set, books, car cover, and suspension components, this remarkable 2005 Carrera GT is now being offered for auction by its seller out of New York with just over 2k miles showing on the odometer. 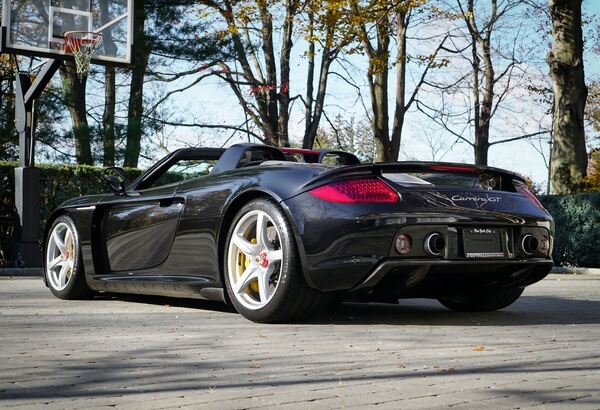 The bodywork of the Carrera GT is based around a carbon-fiber monocoque chassis and is defined by its large air intakes, speed-activated rear spoiler, removable roof panels, and double-hump engine lid with silver mesh grilles.  The distinctive design language of the Carrera GT would come to influence the styling of Porsche’s later models such as the 987 and 997. This example comes finished in the rarely seen shade of Basalt Black Metallic and has been preserved under clear paint protection film since the original delivery.  Fresh Xpel Ultimate paint protection film was installed upon the current owner’s acquisition in 2018 and approximately 800 miles have been driven since.  Detailed images are provided in the gallery along with a clean CARFAX report.  The factory forged magnesium wheels are incredibly light and utilize race-derived center-locking hubs. Measuring 19” front and 20” in the rear, these wheels were dressed in a set of new Michelin Pilot Super Sport tires in 2018 along with all new tire pressure monitoring sensors and a four-wheel alignment. 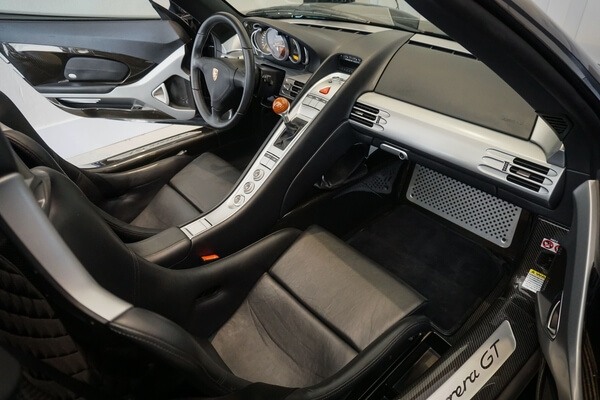 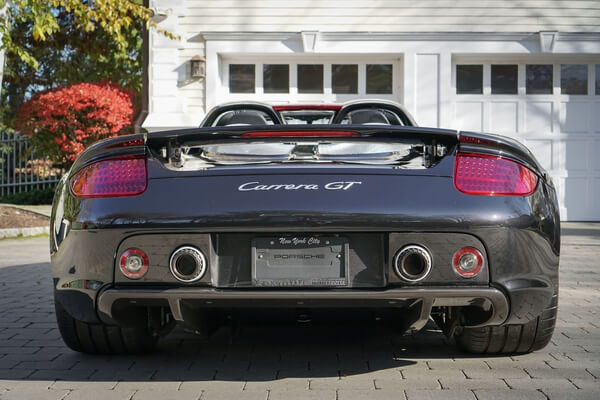 The Carrera GT’s engine was originally developed for the Footwork Formula One racing team in 1992.  After being shelved for several years, the design was eventually revived in anticipation of a new Le Mans prototype to replace the 911 GT1.  As Porsche redirected its efforts toward new developing new roadgoing models like the Cayenne, the Le Mans prototype project was abandoned and its V10 engine was reallocated for the Carrera GT supercar. 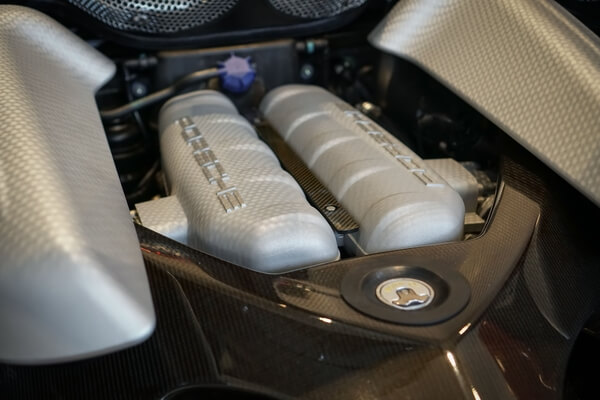 The high-revving 5.7L V10 engine features Nikasil coated cylinders, forged titanium connecting rods, forged pistons, dry-sump lubrication, and dual overhead camshafts with variable intake timing.  Over 600 HP is sent to the rear wheels by way of a 6-speed manual transmission with a special twin-plate Porsche Ceramic Composite Clutch (PCCC).  The suspension includes unequal-length control arms with horizontally mounted pushrod-actuated shock absorbers and anti-roll bars.  Stopping power is handled by Porsche’s Carbon fiber-reinforced Silicon Carbide (C/SiC) ceramic composite braking system with 15” SGL Carbon discs.  Porsche claims an official 0-62 MPH acceleration time of 3.9 seconds and a top speed of 205 MPH, while independent studies have yielded higher results for both acceleration and top speed.  A major service was carried out in 2018 including all new fluids and filters, new spark plugs and ignition coils, valve adjustments, replacement of the coolant bottle, a new battery, alternator, and removal of the front bumper to clean out road debris.  A KW four-corner suspension lift kit was also installed during this time, allowing the driver to raise or lower the car when extra clearance is needed.  More recently in 2020, another full service was completed including oil and filter changes as well as a brake fluid flush. 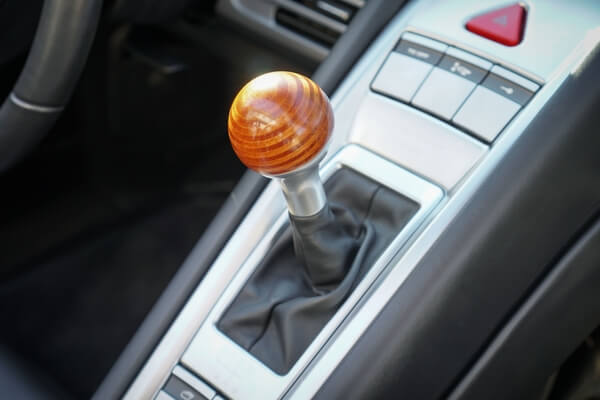 This sale will include the original suspension components, luggage set, owner’s manuals, service records, seat pads, a set of two keys, and a clean title. This incredibly rare Basalt Black Metallic Carrera GT makes a perfect addition to any Porsche collection, do not let this opportunity pass you by.