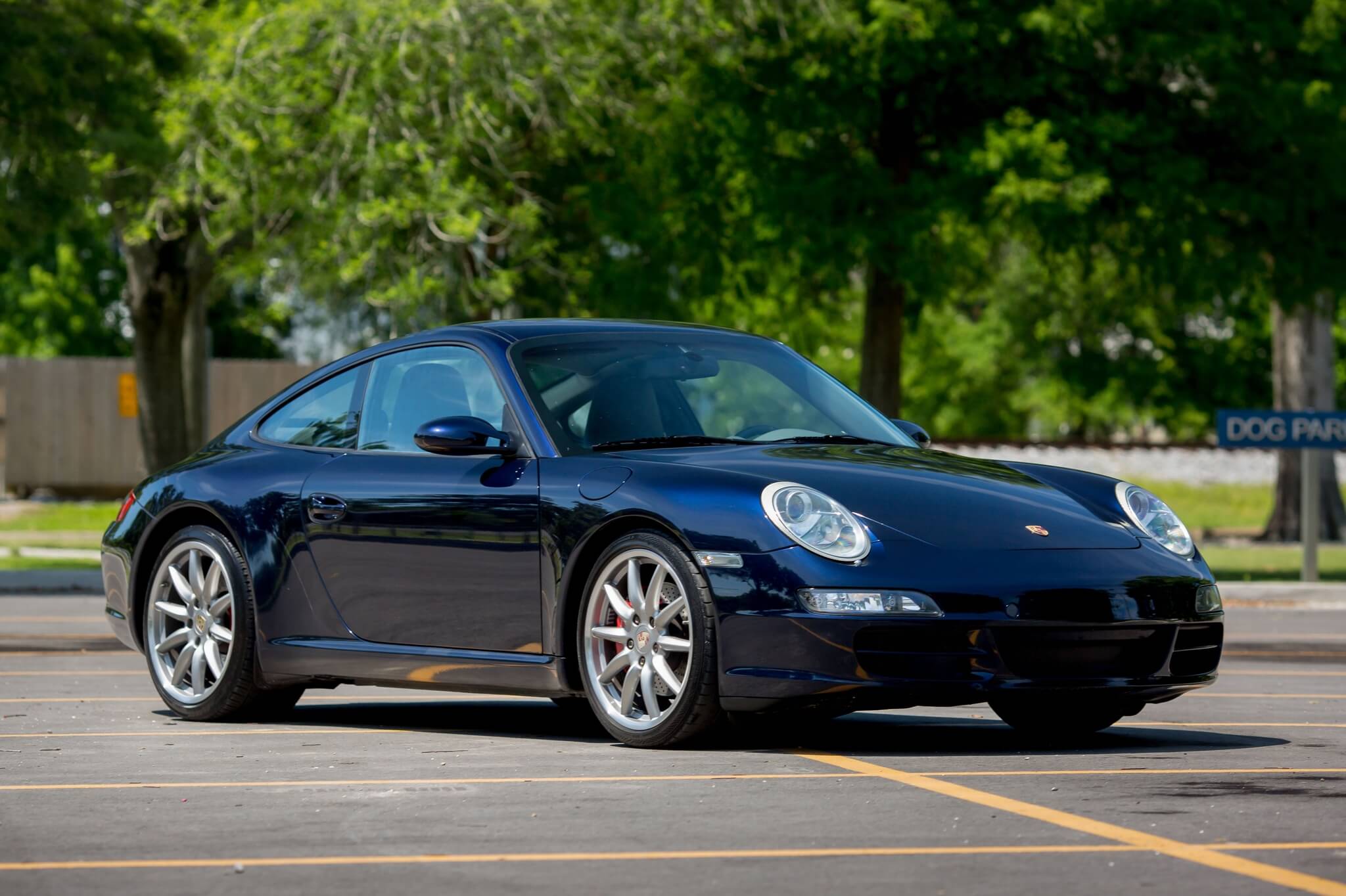 Up for auction is this 2006 Porsche 997 Carrera S Coupe finished in Midnight Blue Metallic over a Stone Grey interior with leather Sport Seats.  This first-generation 997 was configured at an original sticker price of over $91k with popular options including the Sport Chrono Package Plus, a 6-speed manual transmission, a three-spoke multifunction steering wheel, and the Bose High-End Sound Package.  It also features several options from Porsche Exclusive Department including a painted rear center console, 19” Carrera Sport wheels, and Porsche crested headrests.  This Carrera S was delivered new in Tennessee where it remained up until 2013 before moving to its current location in Louisiana.  Having been regularly maintained ever since including a recent major service and clutch replacement, this 997 is now being offered for auction with approximately 101k miles showing on the odometer. 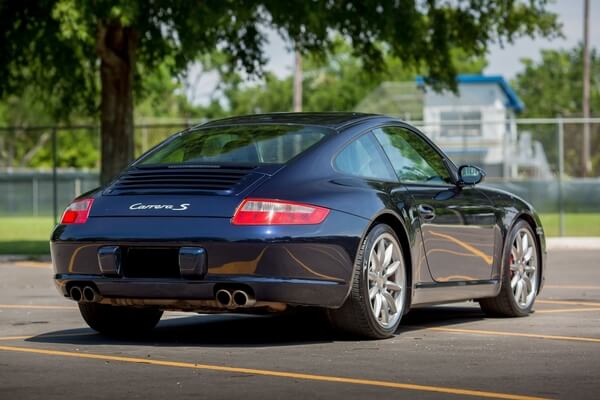 This 997 is finished in Midnight Blue Metallic and rides on Exclusive 19” Carrera Sport wheels featuring optional colored center crests and Continental ContiSport Contact 3 tires dated from 2017.  Signs of road-going wear are noted on the front bumper and lower front hood as well as some chips on the windshield.  CARFAX also shows front-end damage to have occurred in 2009 and the seller believes the front bumper to have likely been refinished as a result. Detailed images are provided in the photo gallery along with the CARFAX report. 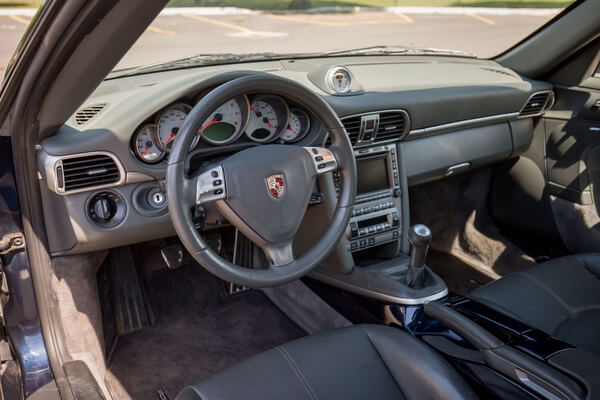 Inside, this Carrera S highlights a Stone Grey interior with heated leather Sport Seats, Exclusive Porsche crested headrests, and a painted rear center console.  Other factory options include a three-spoke multifunction steering wheel in leather, a tire pressure monitoring system (TPMS), the Sport Chrono Package Plus, Navigation for PCM, and the Bose High-End Sound Package.  The seller reports normal signs of wear on the door sills, steering wheel, door handles, driver’s seat, and shift knob.  All gauges and accessories are said to be fully functional. 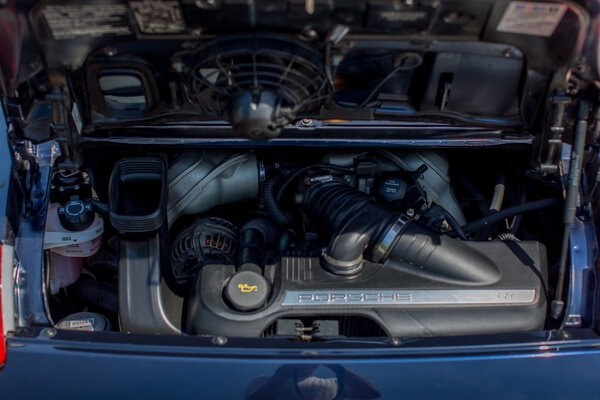 This first-generation 997 Carrera S is equipped with a naturally aspirated 3.8L flat-six engine that sends as much as 355 HP and 295 lb.-ft of torque to the rear wheels through a desirable 6-speed manual transmission.  Acceleration from 0-60 MPH is achieved in approximately 4.5 seconds with a top speed of over 180 MPH.  The optional Sport Chrono Package also allows the driver to adjust engine mapping and suspension characteristics for optimal performance.  Routine maintenance has been carried out by the seller at NolaSport since 2013 as well as a recent major service including replacements of the clutch, rear crankshaft seal, and battery. Corresponding service records are provided for reference in the photo gallery along with a recent Porsche Multi-Point Inspection Report. 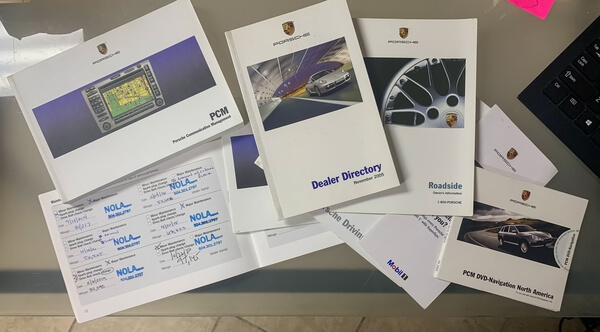 This sale will include owner's manuals, a set of two keys, service records, and a clean title. Thoroughly serviced and loaded with desirable factory options, this 6-speed Carrera S is a great choice for any enthusiast searching for a 997.