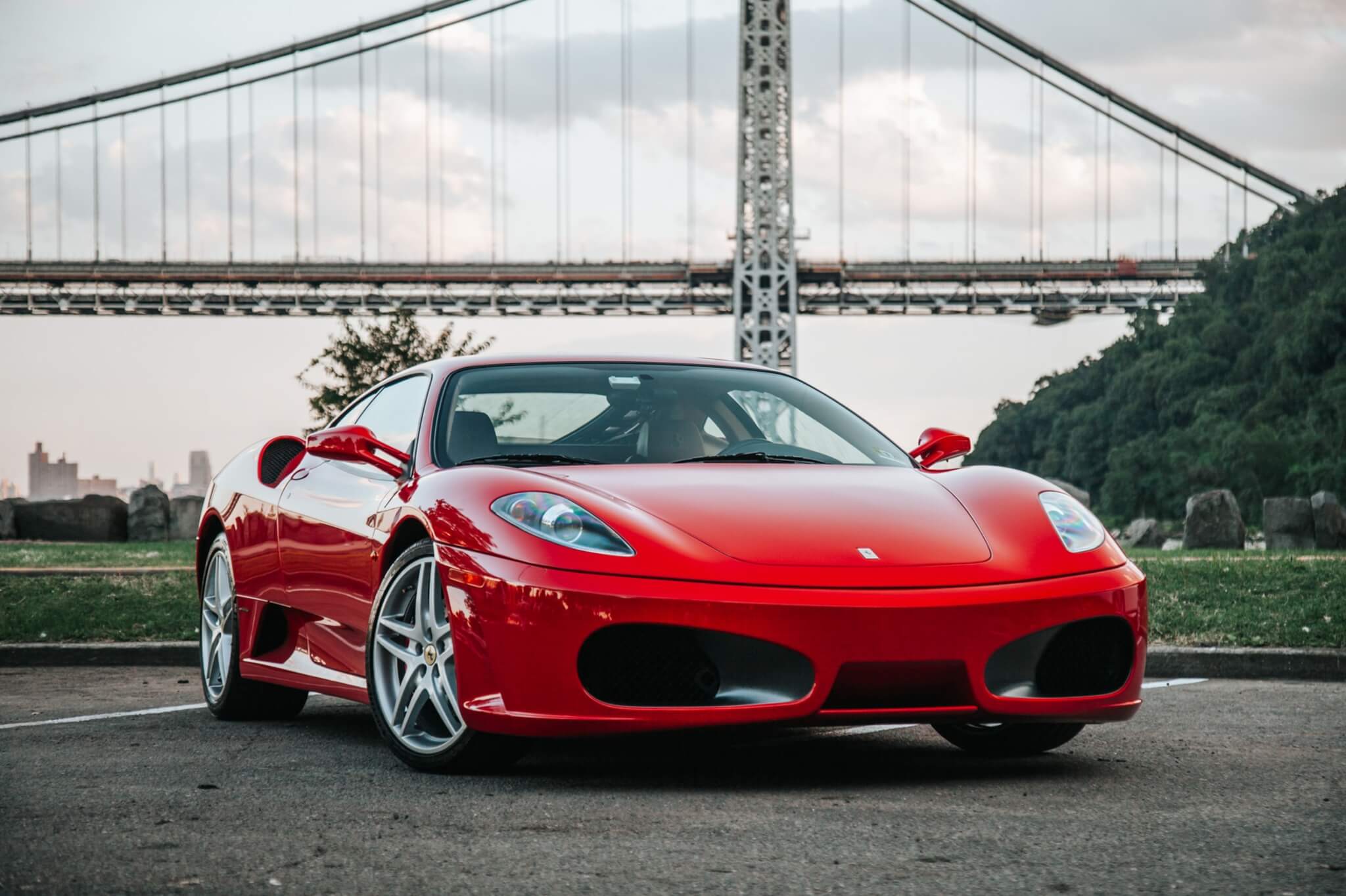 Up for auction is this 2007 Ferrari F430 Berlinetta finished in Rosso Corsa over Cuoio leather. This particular F430 was purchased new by the 45th President of the United States, Donald J. Trump, from Ferrari of Long Island in 2007. A copy of the original title shows the vehicle registered to Trump at his Trump Tower address and includes the former president’s distinctive signature. It remained under Trump’s ownership until 2011, after covering around 2,400 miles.  At an original price of $198,698, this F430 came well-appointed with electronically-controlled Daytona seats, Scuderia fender shields, and red brake calipers. Having just received new tires, a new battery, fluids, and filters, this F430 is being offered for auction by its owner out of New Jersey with just over 7k miles showing on the odometer. 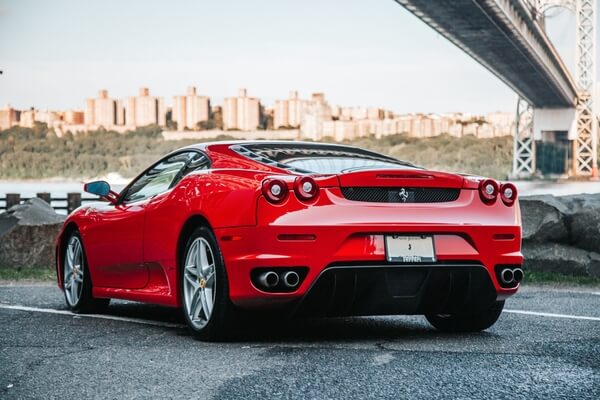 The Berlinetta is finished in the iconic shade of Rosso Corsa (322). The Pininfarina-designed bodywork was an evolution of the 360 Modena, built from Alcoa aluminum and designed to be lighter, stiffer, and create more downforce than its predecessor. Ferrari’s heritage can be seen throughout the F430 from its taillights and engine lid grilles derived from the Ferrari Enzo to the Testarossa-styled wing mirrors, and vintage Formula One-inspired nose.  This example remains preserved with clear paint protection film over the front end. The bottom of the front bumper is also said to have been recently refinished for cosmetic purposes. Additional images are provided in the photo gallery along with a clean CARFAX report. Exterior options include Scuderia fender shields and red-painted brake calipers which sit behind factory 19” split-spoke alloy wheels dressed in new Michelin Pilot Sport 4S tires. 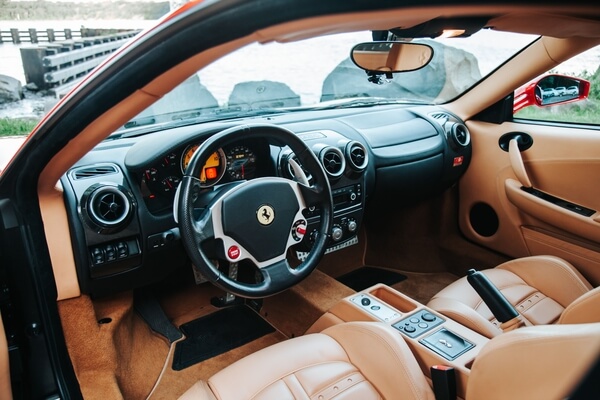 The cabin is upholstered in tan Cuoio leather with matching carpets and a black leather dashboard.  Leather upholstery continues throughout the center console, door panels, pillars, and headliner. The electronically controlled Daytona sport seats feature embossed Cavallino logos in the headrests. Carbon fiber dash inserts surround the radio, climate controls, and air vents. A plaque celebrating Ferrari’s 60th anniversary sits next to the glovebox on the passenger side. The three-spoke leather-wrapped steering wheel features aluminum paddle shifters, a red engine start button, and the F1-inspired Manettino switch. It sits ahead of a yellow 10k-RPM tachometer and 220-MPH speedometer, as well as gauges for coolant and oil temperature, oil pressure, and fuel level. A hardwired connection for a radar detector was added to the rearview mirror during the current ownership and can be easily removed. 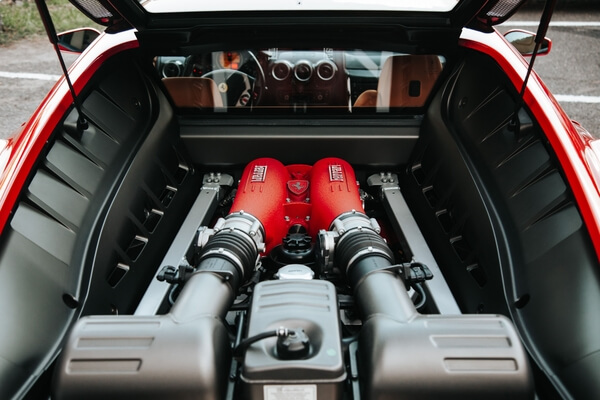 The F430 is powered by a 4.3L quad-cam 32-valve flat-plane crank V8 engine, which was factory rated at 483 HP and 343 lb.-ft of torque. Power is delivered to the rear wheels through a 6-speed F1 automated manual gearbox and an E-Diff active limited-slip differential. This allows the F430 to reach 60 MPH from a standstill in as little as 3.6 seconds with a top speed of nearly 200 MPH. The Manettino switch mounted on the steering wheel allows drivers to change the suspension settings, transmission characteristics, throttle response, traction control, and differential settings while underway. This F430 has been kept up to date on maintenance, having been serviced mostly by Ferrari of Long Island. Under their ownership, the seller has recently replaced the battery, tires, and all fluids and filters. Additional service information is provided on CARFAX.

This sale will include the original owner's manuals, window sticker, toolkit, car cover, battery charger, and a clean title.   A laminated copy of the original title featuring Donald J. Trump’s address and personal signature will also accompany the sale. The only Ferrari to have ever been owned by a United States President, this F430 presents a very rare and special opportunity.