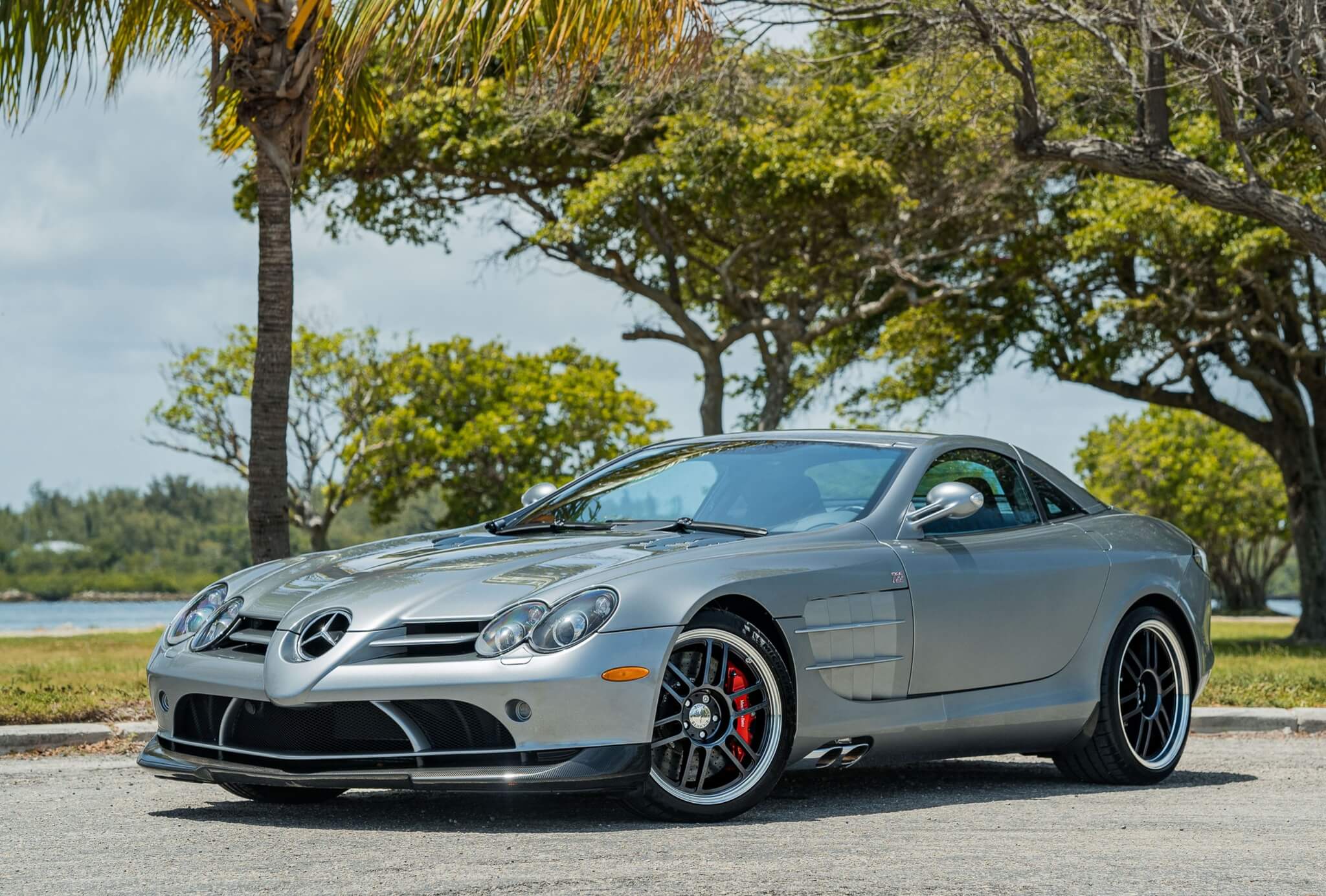 Paying homage to the famous 7:22 AM start time for Stirling Moss and Denis Jenkinson at their record-setting victory during the 1955 Mille Miglia, the Mercedes-Benz SLR McLaren "722" was produced in a limited run of 150 examples in total. The 722 Edition carries a reworked version of the SLR’s supercharged V8 engine generating over 640 HP along with more aggressive suspension, larger carbon-ceramic brakes, improved aerodynamics, and unique wheels. The car sports Crystal Antimon Grey Metallic paint over a black leather and Alcantara interior featuring carbon-fiber trim and red accents. This 2007 example is one of only 25 believed to have been imported to North America and was sold new through Mercedes-Benz of South Bay, California. The car was maintained by the original selling dealership in California up until 2015 before moving to Washington where it was acquired by the seller on the East Coast in 2020. Previously listed on PCARMARKET, this exceedingly rare and collectible 722 Edition is now being offered for auction with just over 3,500 miles on the odometer. 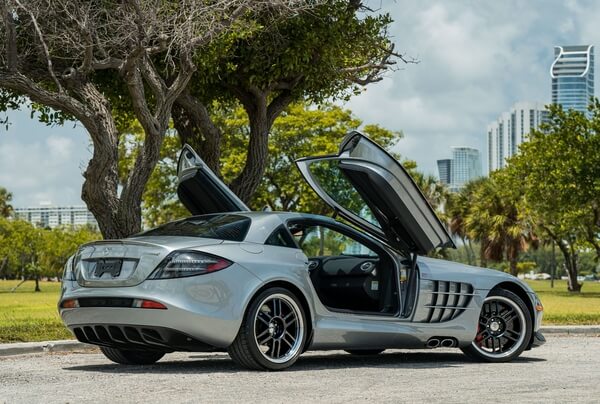 Designed by Gordan Murray, creator of the McLaren F1, the bodywork of the SLR is constructed from lightweight carbon fiber reinforced plastic (CFRP) and assembled at the McLaren Technology Centre in Surrey, England. The 722 wears unique Crystal Antimon Grey Metallic paintwork with special dark-tinted headlamps and taillights as well as a carbon fiber front spoiler and rear diffuser. Other features include "722" badging on the front fenders and unique black-painted 19” alloy multi-spoke wheels. Additional images are provided in the gallery along with a clean CARFAX report. 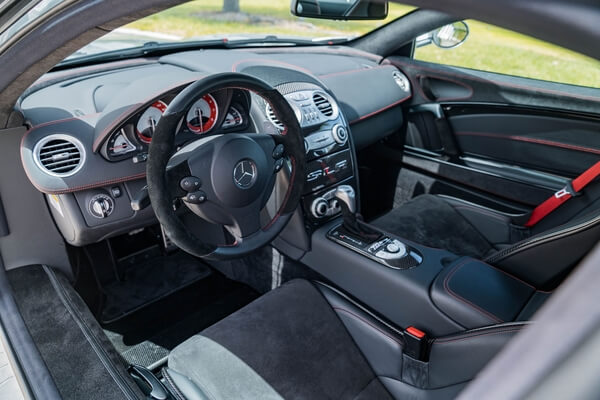 The cabin is tailored with Black/Anthracite leather and Alcantara accented by red stitching and carbon fiber inlays.  The supportive carbon-fiber bucket seats are power-adjustable and come paired with red safety belts.  Other features include automatic climate control, a sound system, and a three-spoke steering wheel with paddle shifters and infotainment controls. 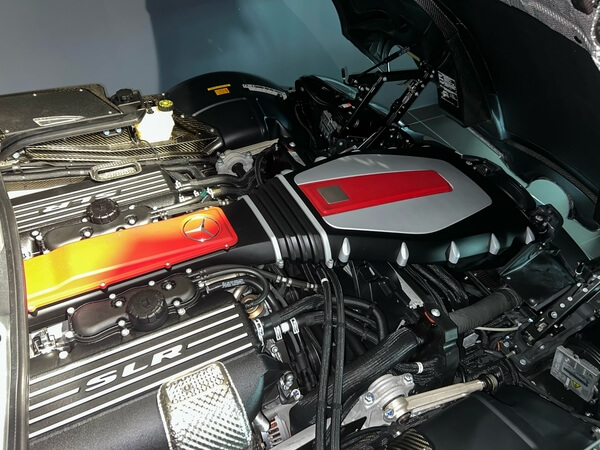 The 722 Edition receives special factory tuning for its supercharged 5.4-liter V8 engine resulting in an increase from 617 HP to 641 HP, along with an additional 30 lb.-ft of torque. The rear wheels are driven by way of a 5-speed AMG Speedshift R automatic transmission while stopping power is handled by larger carbon-ceramic brakes. The 722 Edition also includes stiffer dampers and a 10mm lower ride height for improved handling. The top speed of the 722 Edition is increased to 209 MPH compared to the standard SLR, and acceleration from 0-60 MPH is achieved in just 3.6 seconds, two-tenths of a second quicker than its counterpart. This example had been maintained by the Mercedes-Benz of South Bay in California up until 2015, followed by Mercedes-Benz of Seattle in Washington up until 2019.  The most recent service was completed by Mercedes-Benz of Miami, Florida in December 2022. A printed log of the vehicle's maintenance history can be found in the gallery, showing Mercedes-Benz services A-J. 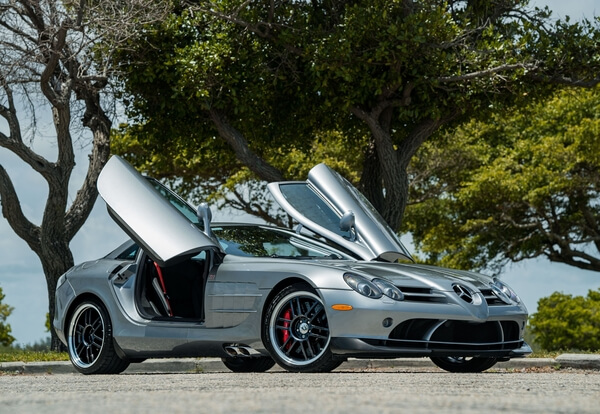