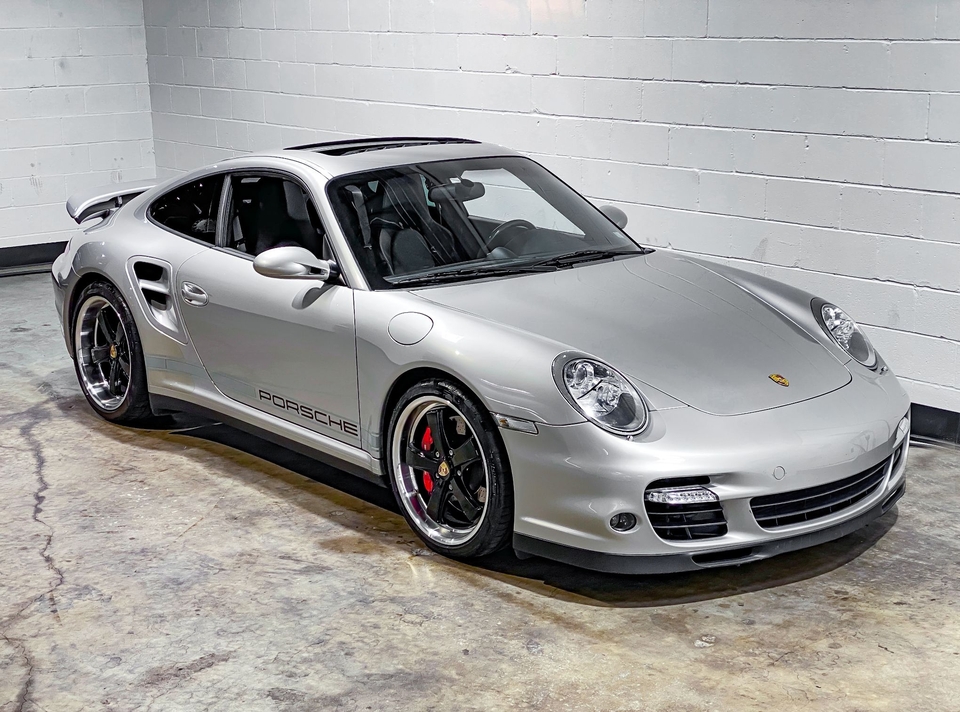 Up for auction is this 2007 Porsche 997 Turbo 6-Speed finished in Arctic Silver Metallic over a black full leather interior.  Having commanded an original sticker price of over $137k, this Turbo has been optioned with extensive carbon-fiber interior trim, Adaptive Sport Seats, and the Sport Chrono Package.  This example has also been upgraded with an FVD exhaust and aftermarket Fuchs-inspired wheels.  Sought after for its legendary Mezger engine and 6-speed manual transmission, this 997 Turbo was previously sold as a Certified Pre-Owned vehicle and is now being listed by its seller in Missouri while showing approximately 39k miles on the odometer. 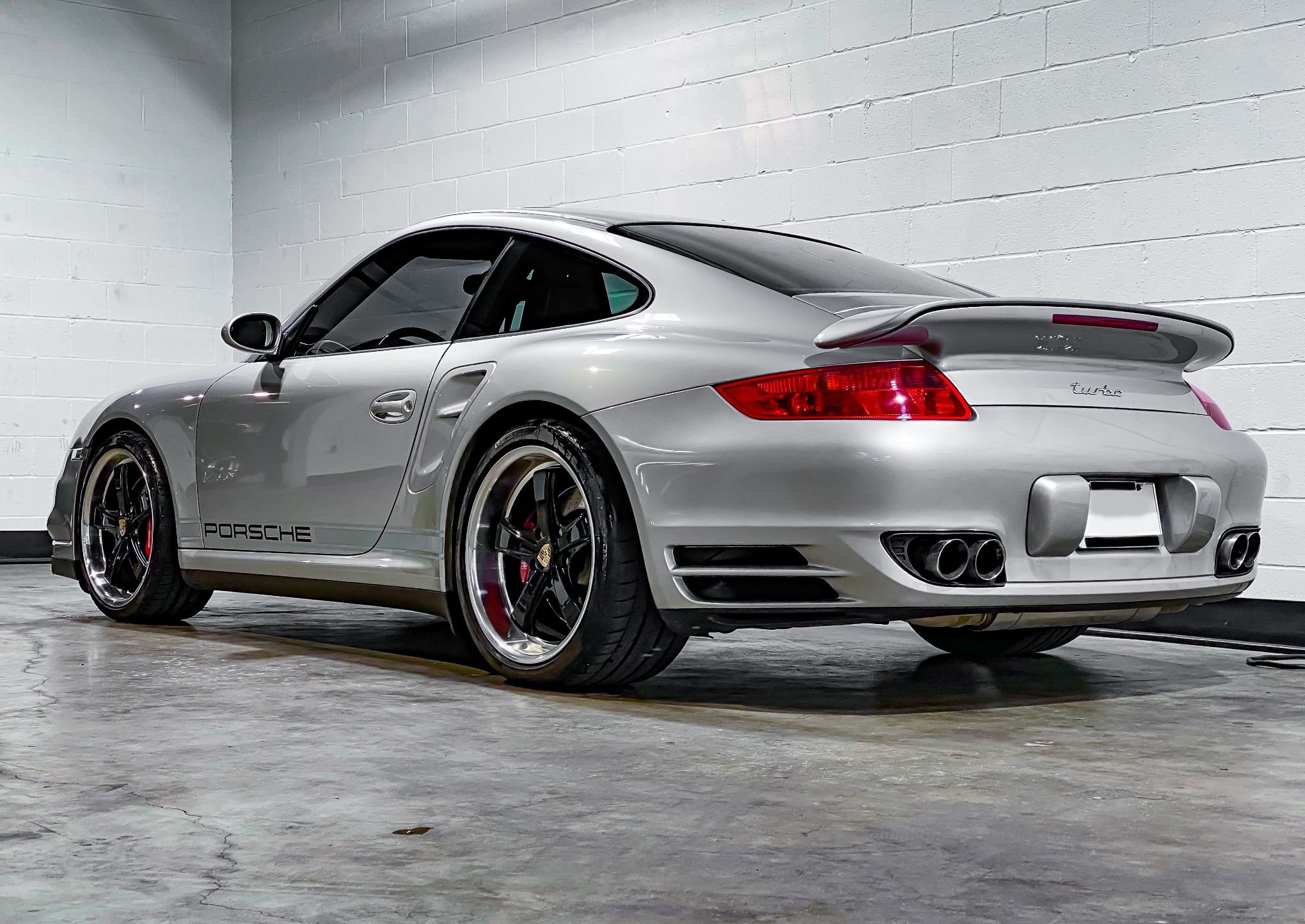 The Arctic Silver Metallic paint is said to have been well preserved with clear paint protection film applied over the front bumper and halfway up the hood and front fenders (detailed images are provided in the photo gallery).  Removable vinyl Porsche side graphics have been installed along with aftermarket Fuchs-inspired deep-dish wheels that feature gloss-black painted centers and polished barrels.  The car currently rides on healthy Michelin Pilot Sort tires. 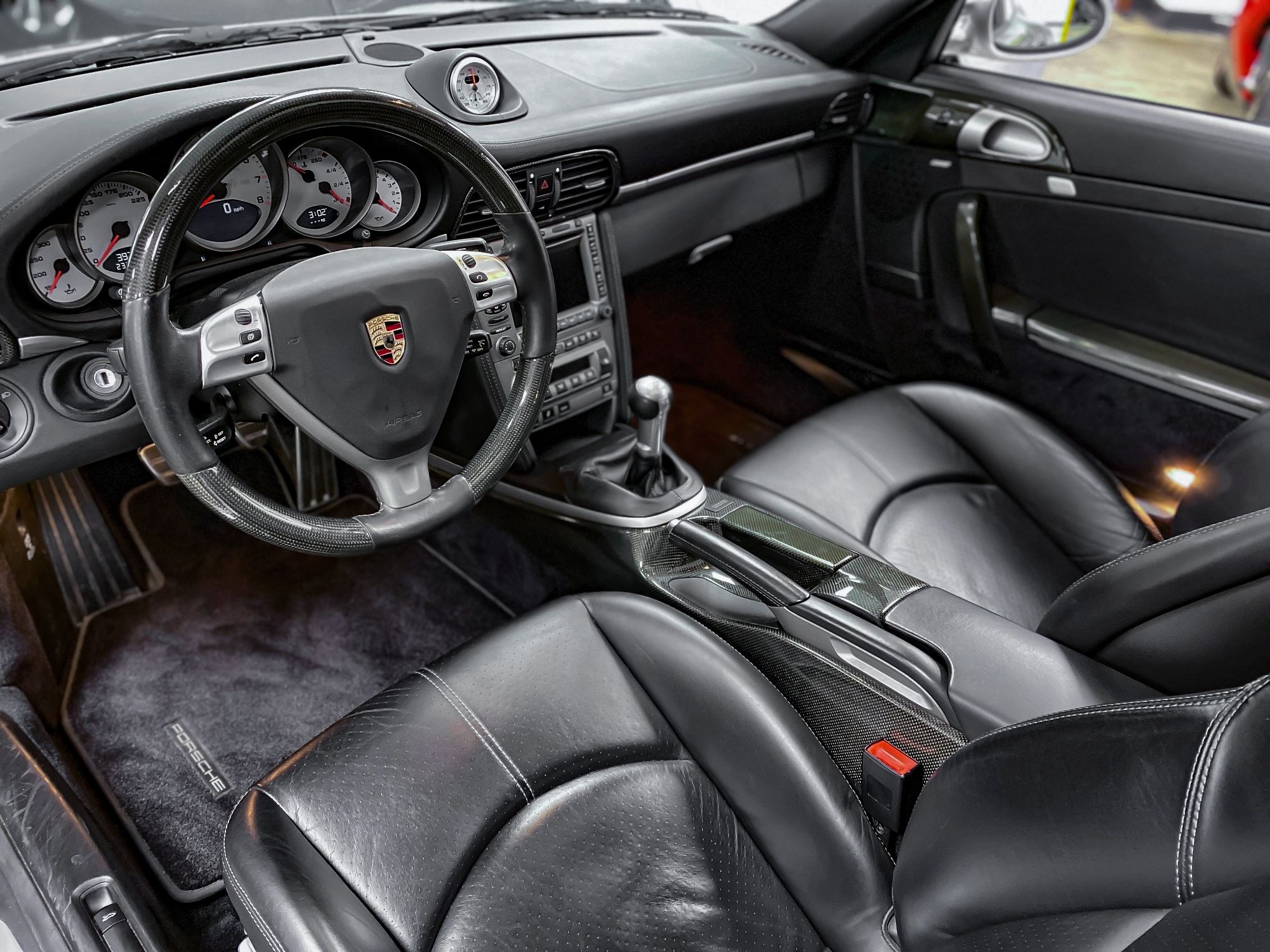 Inside, you will find a black full leather interior that is said to be in very nice overall condition except for some minor wear on the driver’s seat bolster and some degradation on the climate control buttons.  Highlights include heated Adaptive Sport Seats with crested headrests and factory carbon fiber trim on the door finishers, rear center console, switch panel, and multifunction steering wheel.  Other exclusive features include a telephone module, extended navigation module, 6-disc CD autochanger, a Sport Shifter, and silver seatbelts. An integrated K40 radar detector and laser jammer have been installed and the seller confirms all gauges and accessories to be fully functional. 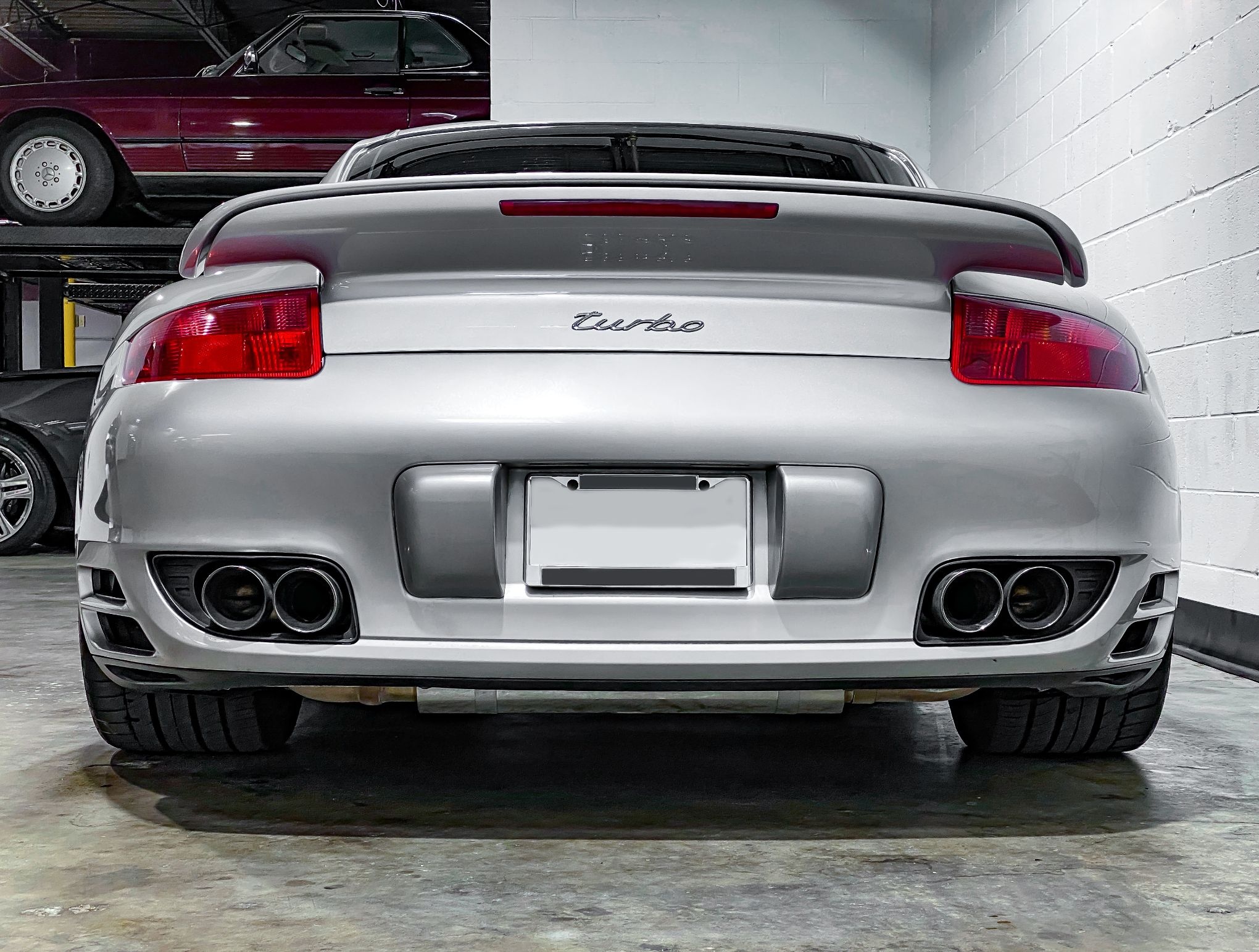 One of the most celebrated engine designs in Porsche’s history, this first-generation 997 Turbo is equipped with a coveted twin-turbocharged 3.6 L flat-six Mezger engine which is paired with a preferable 6-speed manual transmission.  480 HP stock is disturbed among all four wheels allowing this Turbo to accelerate from 0-60 MPH in as little as 3.7 seconds while maxing out at a top speed of nearly 200 MPH.  An upgraded FVD exhaust system has also been installed providing for an increase in horsepower as well as enhanced sound.  Under the care of its most recent owner who had the car since 2014, this Turbo has been diligently maintained with all scheduled service carried out through an authorized Porsche dealership.  This car is also said to have undergone a Porsche Certified Pre-Owned service and inspection prior to the last owner’s purchase. 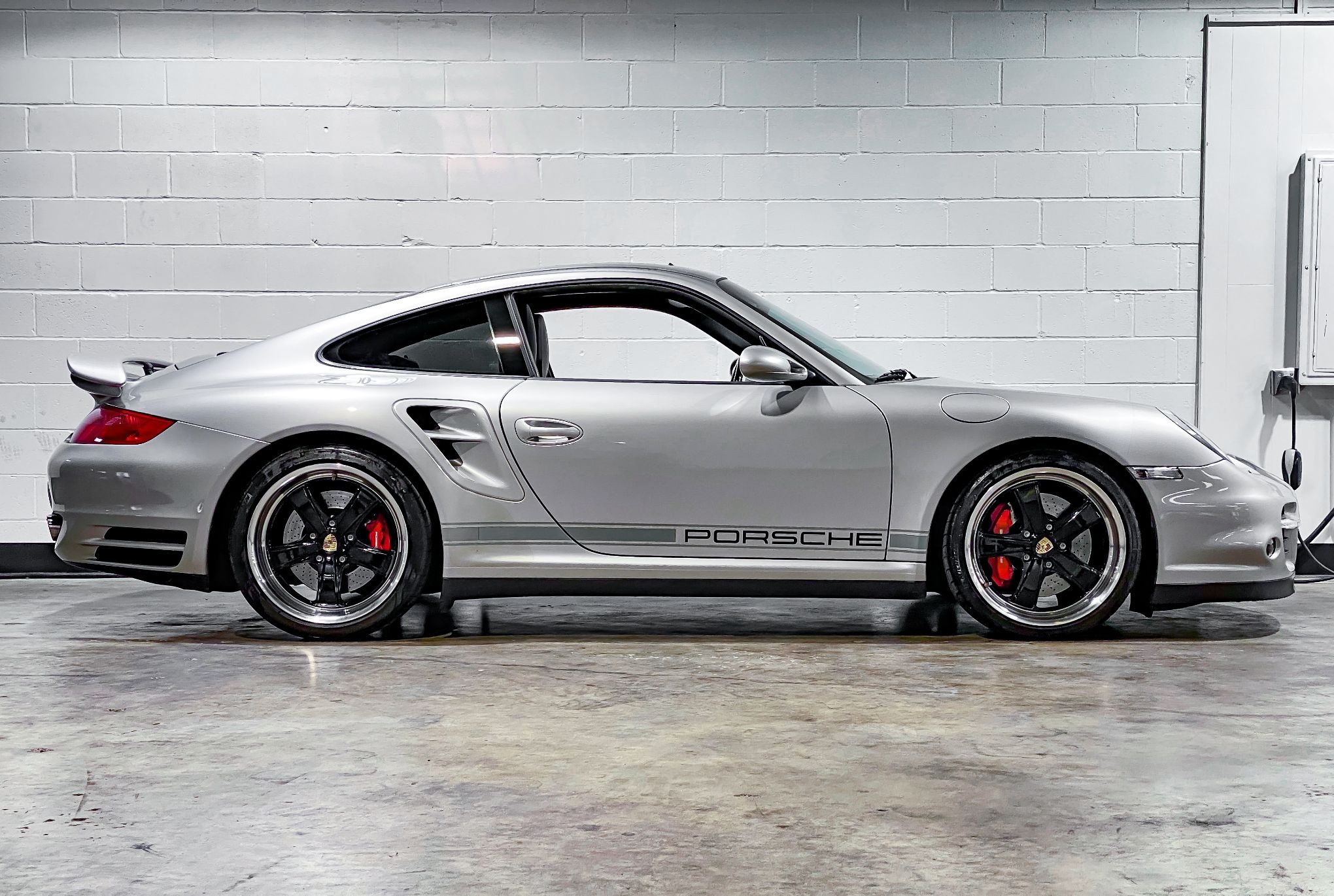 This sale will include a set of 2 keys, service records, a Porsche CPO package, and a Porsche Certificate of Authenticity.  If you are one of the many enthusiasts in search of a 6-speed Mezger Turbo, you do not want to miss out on your chance to own this nicely equipped 2007 example.