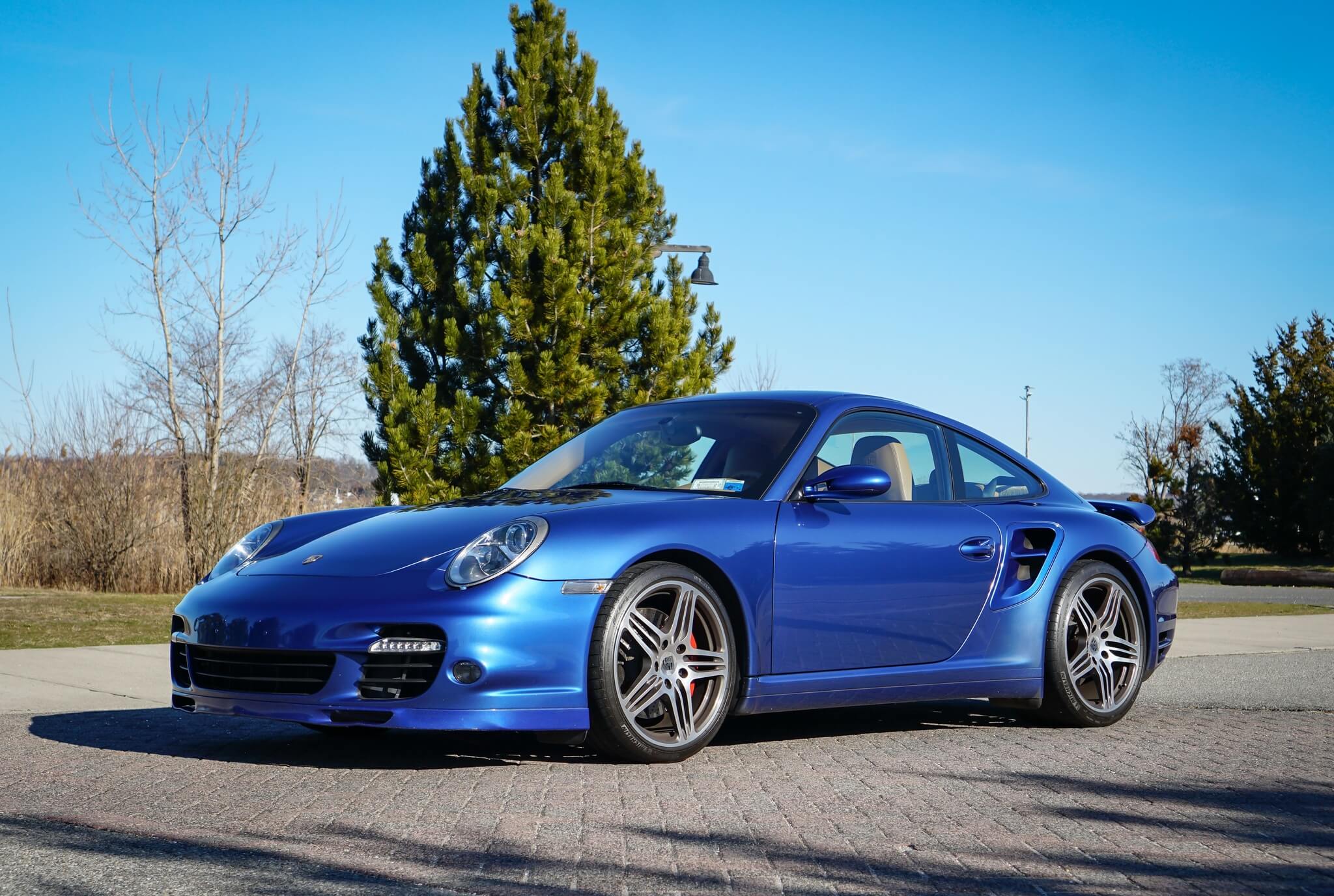 We are pleased to offer this 2007 Porsche 997 Turbo Coupe finished in Cobalt Blue Metallic over a Sand Beige full leather interior.  This 2007 example marks the launch year of the 997 Turbo and features a 3.6L Mezger engine paired with a Tiptronic S automatic gearbox.  It was originally sold in New York at a sticker price over $135k, with options including heated Adaptive Sport Seats, crested headrests, instrument dials in Carrara White, the Sport Chrono Package, and painted trim inside and out.  It was acquired by the current owner just over five years ago and has been driven approximately 1k miles a year since while kept in climate-controlled storage.  Also featuring an upgraded GMG exhaust system, this nicely optioned 997 Turbo is being offered for auction by its seller out of New York showing approximately 41k miles on the odometer. 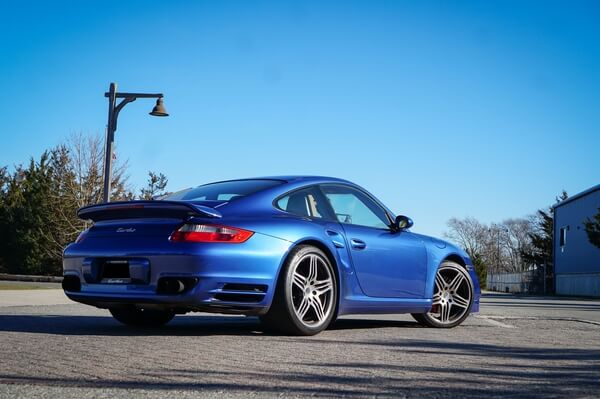 This Turbo was ordered in Cobalt Blue Metallic, an uncommon and eye-catching shade first offered by Porsche in 1991. The front spoiler lip and rocker panels also came painted in Cobalt Blue Metallic from the factory.  Detailed images are provided in the gallery along with paint meter readings and a clean CARFAX report.  An optional rear window wiper is equipped and the original 19” 911 Turbo wheels come dressed in Michelin Pilot Sport tires.  Removable ECS wheel spacers have been installed along with extended wheel lugs for a wider, more aggressive stance.  The seller states the original wheel hardware will accompany the sale as well as replacement clear stone guards for the rear fenders. 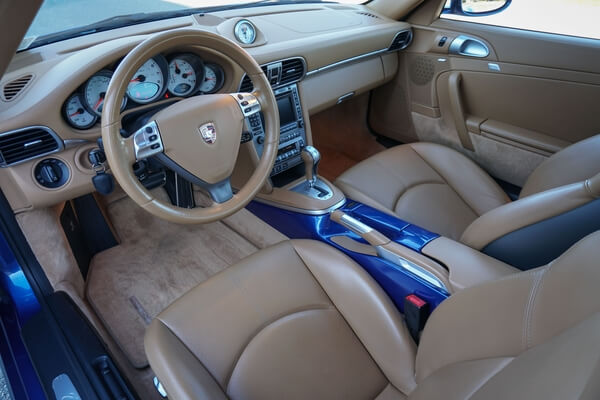 The cabin is appointed with Sand Beige full leather upholstery contrasted by exclusive Carrara White instrument dials, a painted rear center console, and an aluminum-trimmed handbrake lever and gear selector.  Other options include a three-spoke multifunction steering wheel in leather, heated Adaptive Sport Seats with Porsche crested headrests, and a Sport Chrono stopwatch dial mounted on the center dashboard.  A complete list of factory options is provided below: 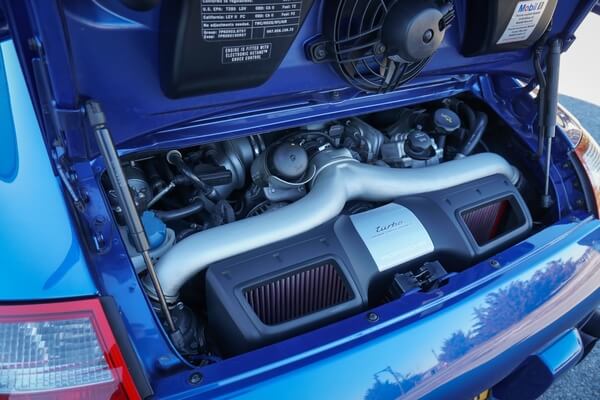 The 997 Turbo carried over the tried and true 3.6L flat-six Mezger engine from its predecessor featuring new Variable Turbine Geometry (VTG) turbochargers helping produce up to 480 HP and 460 lb.-ft of torque.  With the optional Sport Chrono Package equipped, an overboost function is enabled which provides over 500 lb.-ft of torque over a certain RPM range.  This example was optioned with a 5-speed Tiptronic S automatic transmission which sends power to all four wheels and allows acceleration from 0-60 MPH in as little as 3.4 seconds.  An upgraded GMG exhaust system has been installed including high-flow 200-cell catalytic converters for increased sound and power output.  The original exhaust components are said to accompany the sale and all scheduled service is said to have been kept up to date.  CARFAX shows this 997 to have been maintained by Porsche of Huntington in New York for much of its life. 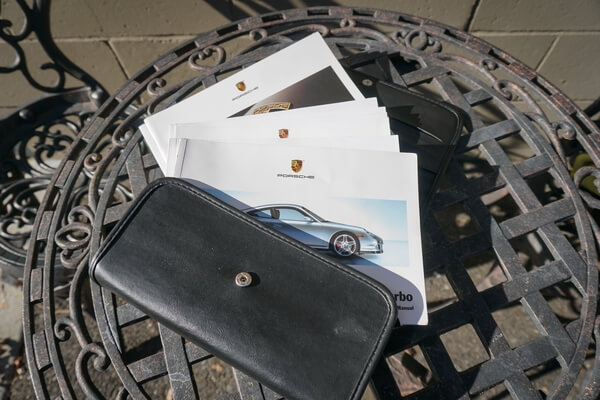 This sale will include the original owner's manuals and a clean title (lien).