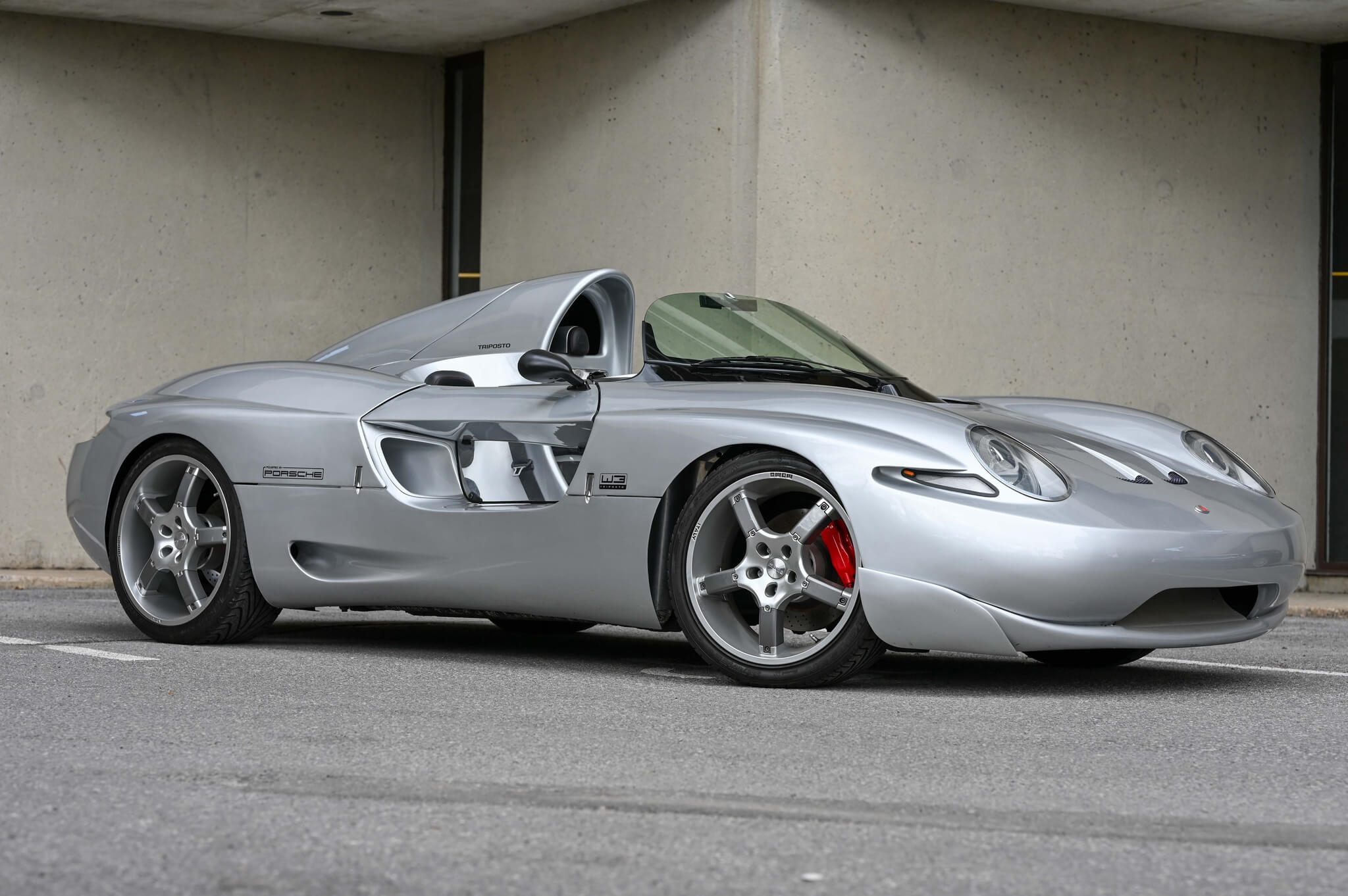 Now available for auction is this 2007 Wingho W3-Triposto finished in Silver Metallic.  The brainchild of Dr. Clyde Kwok, founder of Wingho Auto and professor of aerodynamics and mechanical engineering, the Triposto made its inaugural debut at the 1999 Canadian International Auto Show in Toronto.  The result of over three years of development from concept to realization, the W3-Triposto is the third experimental exotic sports car built by Wingho Auto after the Spexter and the 928 Spyder.  It utilizes a heavily modified U.S. 1990 Porsche 964 chassis coupled with custom composite bodywork, upgraded brakes and suspension, a specially tuned 3.6L engine, and a unique center-seat configuration.  The extensive modifications to the 964 chassis result in a lower center of gravity, increased structural rigidity, and significant weight savings.  Described by its creator as a stylistic tribute in the spirit of the 718 RSK, the Triposto carries over signature design elements from Porsche while incorporating a visceral driver-oriented experience characteristic of Porsche’s early racing cars.  The first fully developed production version of the W3-Triposto, this incredibly unique and painstakingly engineered three-seater roadster is now being offered for auction by Wingho Auto Classique out of Montreal, Canada. 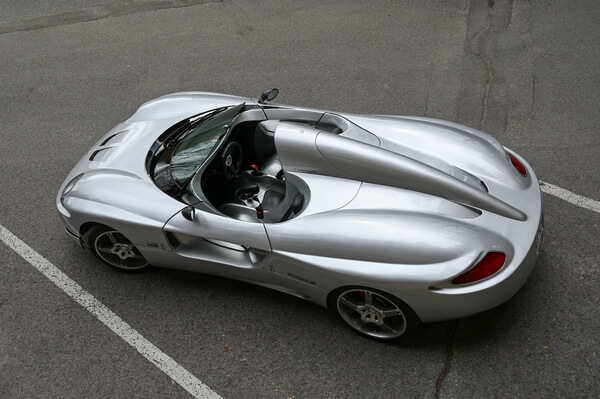 Constructed from fiberglass, Kevlar, and carbon fiber, the composite bodywork was fabricated by Francis Cardolle of Carosserie CF, and paired with the modified 964 chassis at the Wingho Atelier in St-Mathieu de Beloeil.  The Triposto features opening front and rear sections, pushbutton-operated swing-wing doors, Porsche 993 headlights, Ducati mirrors, a short front windscreen with a single wiper, and a large central intake buttress which also acts as a headrest for the driver.  It rides on MOMO modular racing wheels sized 18” front and 19” rear, dressed in Michelin Pilot Sport tires. 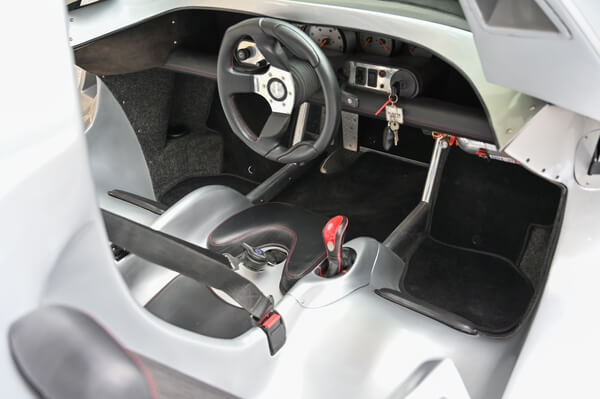 Molded into the composite bodywork is a centrally located driver’s seat flanked by two slightly receded passenger seats, a configuration similar to that of the McLaren F1 road car. The seats feature integrated safety belts and are strategically lined with customized black leather padding.  Ahead of the driver sits a three-spoke MOMO steering wheel and a clamshell instrument cluster housing an array of Porsche gauges.  The dashboard is trimmed in black leather with red stitching and contains ergonomic switches and vehicle controls all within easy access to the driver. 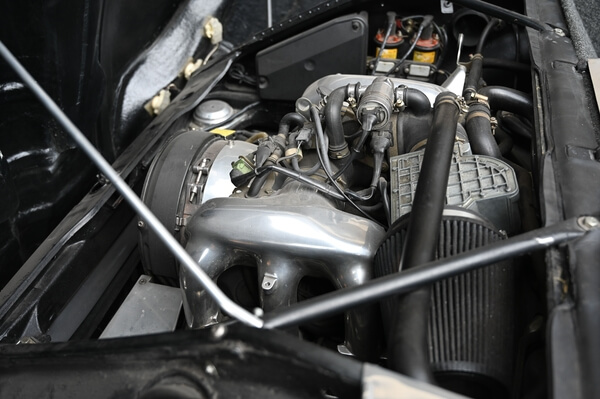 Power comes from a 964-derived 3.6L flat-six air-cooled engine paired with a G50 5-speed manual transaxle.  The engine has been refreshed and equipped with a B&B exhaust system, front-mounted oil cooler, fuel cell, and a custom performance tune providing more aggressive ignition and fuel mapping.  A claimed output of nearly 300 HP is delivered to the rear wheels.  The lowered and stiffened 964 chassis is equipped with adjustable Koni suspension and upgraded brakes with large four-piston Brembo front calipers clamping down on 13” ventilated brake discs.  Routine service has been kept up to date by Wingho Auto and the car has traveled just over 2k kilometers since completion. 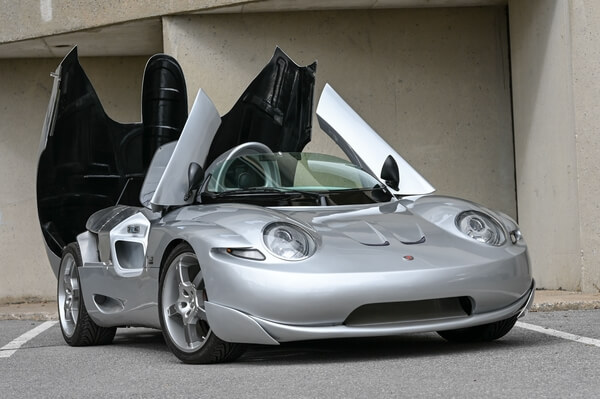 This sale will include a clean title. Offering a sensation similar to that of driving a motorcycle or Formula 1 car, the center-seat Triposto provides the driver with an unparalleled sense of freedom and connection to the road. An air-cooled car quite unlike any other, this creation from Wingho Auto is sure to satisfy any driving purist.