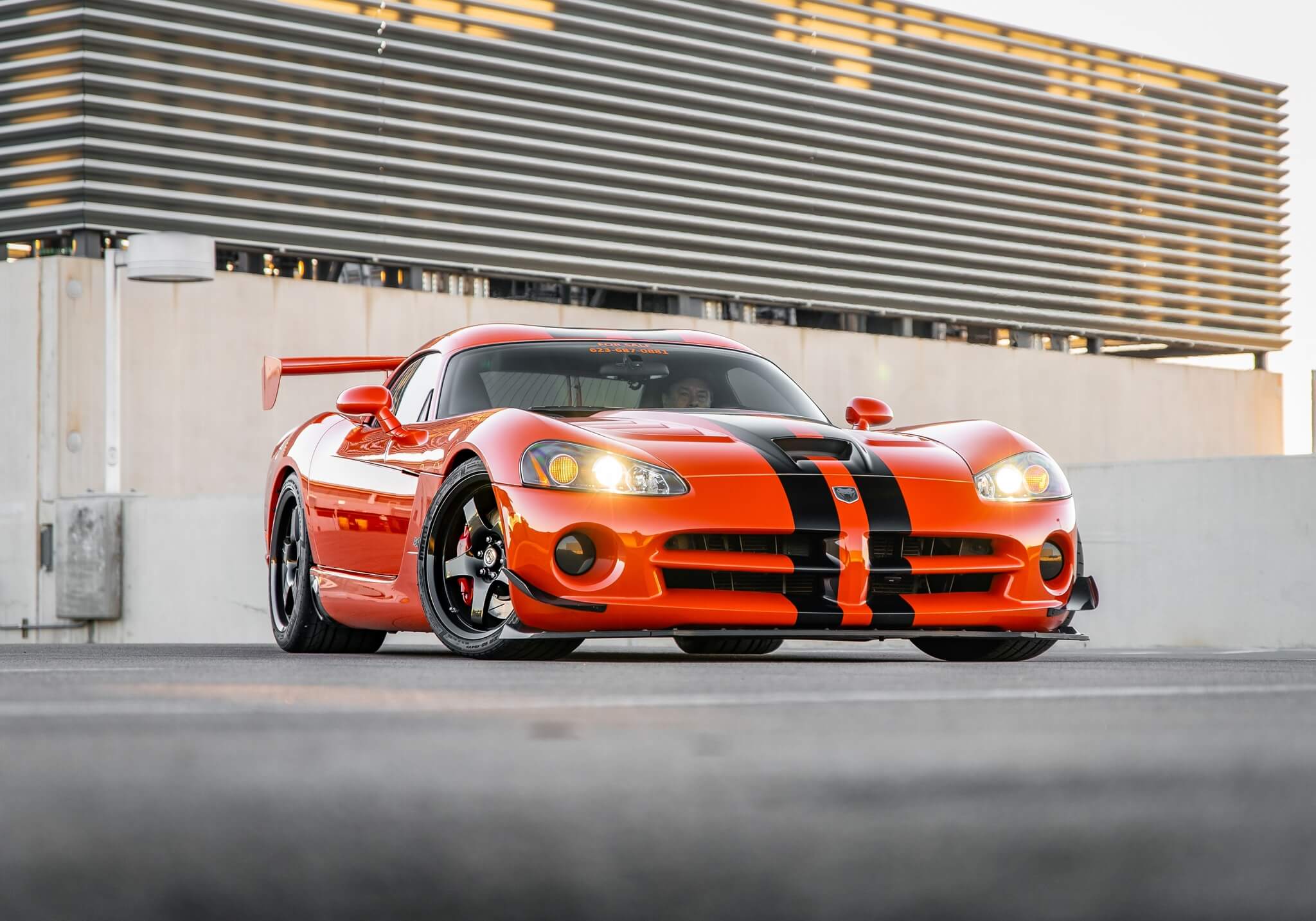 We are pleased to present this 2008 Dodge Viper ACR finished in Very Viper Orange Pearl over a black leather and Alcantara interior. One of only three examples to have been finished in this striking color for the model year, this Viper was originally sold from Grapevine Chrysler Jeep Dodge of Texas featuring the optional ACR package which equips upgraded brakes, suspension, and aerodynamics. It has been modified by the Viper specialists at Bad Boyzz Garage in Northern California with custom-built Ohlins TTX adjustable coilovers, a twin-disc racing clutch, a race differential, and a race rebuild of the factory transmission using Rockland Standard Gear “Tranzilla” components. Now showing just over 22k miles on the odometer, this outstanding 2008 Viper ACR is being offered by its owner out of Arizona. 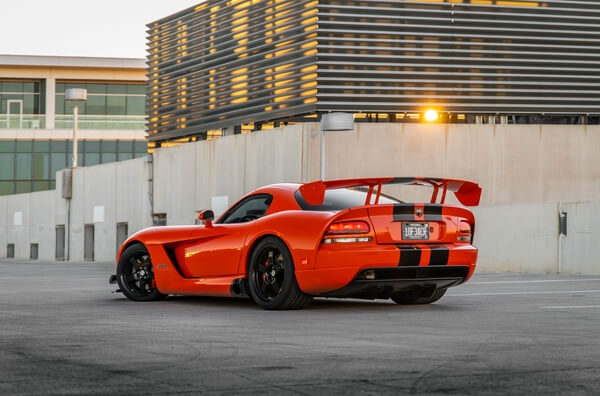 This Viper was ordered in Very Viper Orange Pearl (K3) with over-the-top Black racing stripes. The ACR Package includes a high-mount adjustable rear wing, rear diffuser, and a carbon-fiber splitter and canards in the front. The Mopar lightweight forged aluminum Sidewinder wheels come with Pirelli P-Zero Corsa Asimmetrico tires mounted within the last 600 miles. Older paint protection film was recently removed from the front end and the seller notes some small chips between the hood and rear wing, detailed images are provided in the gallery along with a clean CARFAX report. 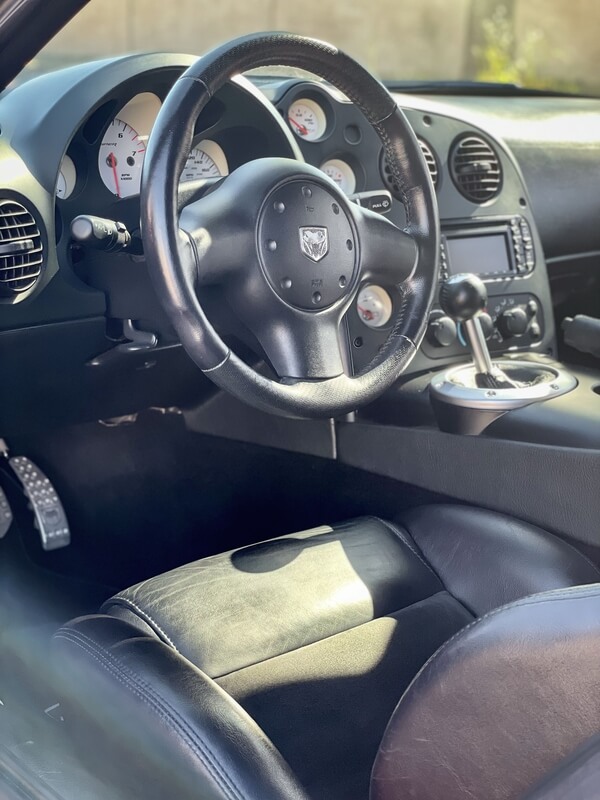 The cabin features bucket seats trimmed in black leather with gray Alcantara inserts and Viper stitching on the seatbacks. The driver is supplied with a leather-wrapped steering wheel and gear knob, alloy pedals, white-faced instrumentation, and new Viper-badged floor mats. Amenities include keyless entry, air conditioning, power windows and mirrors, and an upgraded Alpine stereo with in-dash navigation (no CD included). The seller reports minimal wear on the seat bolsters as well as two small filled-in chips on the windshield. The dash bezel trim is also noted to be remarkably well preserved. 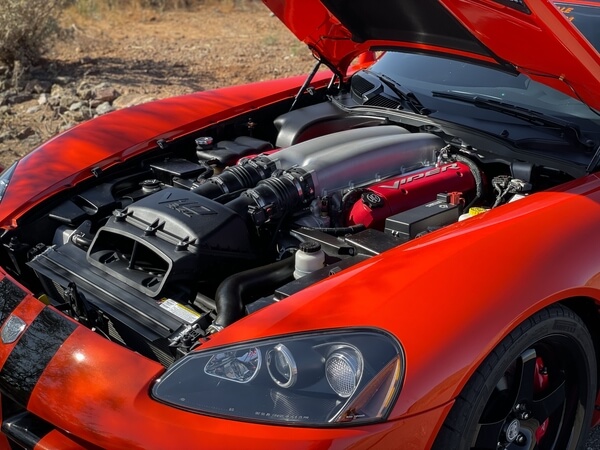 This Viper packs an 8.4L V10 engine which produces up to 600 HP and 560 lb.-ft of torque, delivered to the rear wheels through a 6-speed manual transmission with a BBG twin-disc racing clutch, Rockland Standard Gear “Tranzilla” components, and a BBG race limited-slip differential. The suspension has been fitted with Ohlins TTX coilovers, and the brakes have been upgraded with StopTech 2-piece rotors and Brembo brake pads. This Viper has reportedly been kept up-to-date on all services, including the recent replacement of the battery. The seller adds that the car has been professionally paint-corrected and aligned during their ownership. 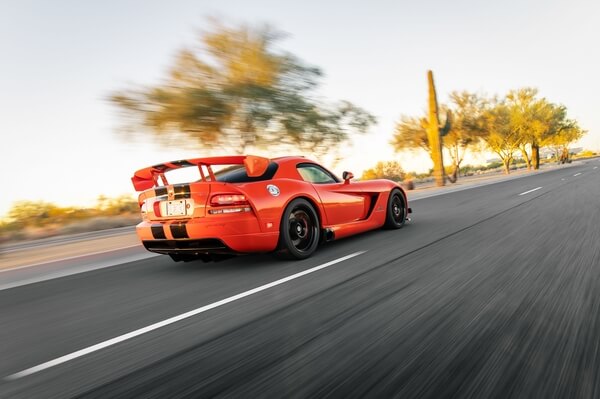 This sale will include a set of two keys, owner's manuals, and a clean title. One of the last analog American sports cars, this extremely unique and tastefully modified 2008 Viper ACR presents a very special opportunity.