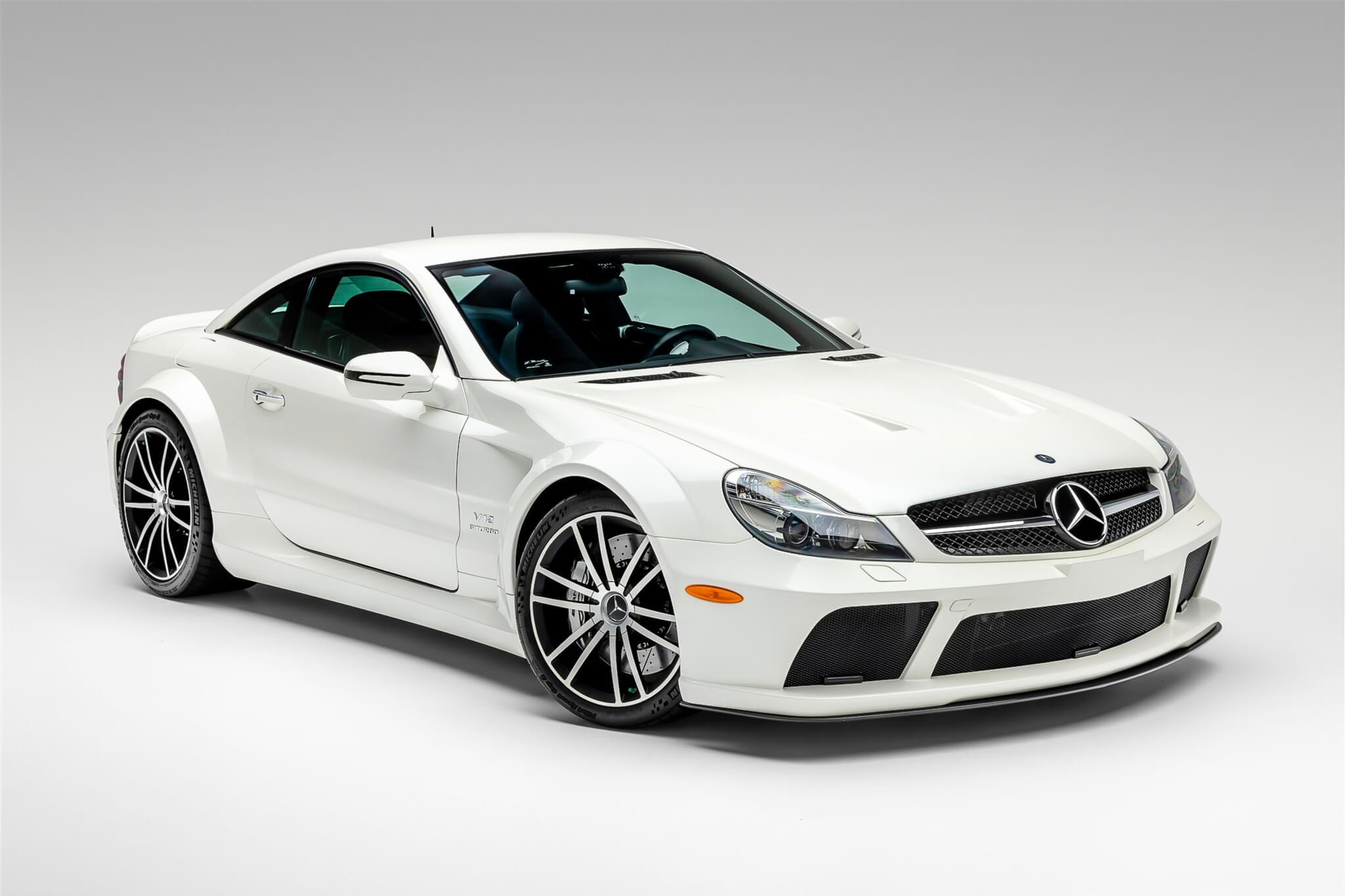 Now available for auction is this 2009 Mercedes-Benz R230 SL 65 AMG Black Series finished in Diamond White Metallic over a Black AMG Exclusive leather interior. With only 350 examples ever built and just 175 imported to the U.S., the high-performance SL 65 Black Series features lightweight carbon fiber body panels, aggressive aerodynamics, a fixed roof, upgraded brakes and suspension, and larger turbochargers for the 6.0L V12 engine.  This 2009 example was delivered new to Mercedes-Benz of White Plains, New York, where it was continually maintained under the care of its original owner up until 2021. Showing just over 7k miles on the odometer, this outstanding SL 65 AMG was previously listed on PCARMARKET and is now being offered for auction once again by its seller out of California. 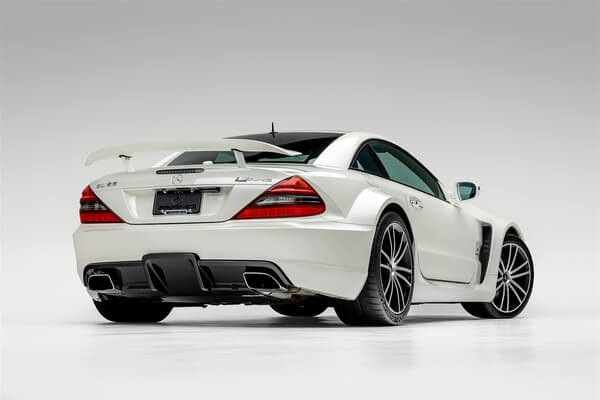 The lightweight carbon fiber reinforced plastic (CFRP) bodywork of this Black Series comes finished in Diamond White Metallic, a shade reportedly chosen for just 18 examples delivered to the United States. The wide fenders and rocker panels borrow cues from Mercedes’ iconic DTM race cars, while the rear wing raises automatically at 75 MPH and works in conjunction with the large underbody diffuser to promote downforce. Tucked within its flared fenders are staggered 19”/20” AMG Twin 6-spoke forged light-alloy wheels dressed in Michelin Pilot Sport Cup 2 tires. The finish is described to have been beautifully preserved with clear protective film applied over the front end, detailed images can be found in the gallery along with a clean CARFAX report. 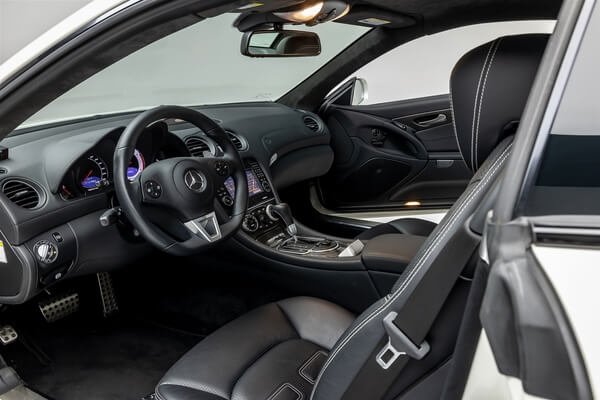 The Black AMG Exclusive leather interior is accented by carbon fiber trim and comes fitted with 12-way power-adjustable AMG Sports Seats including heating, ventilation, and three-position memory as well as a massage feature, automatic height-adjusting headrests, multi-contour seatbacks, and pneumatic side bolsters. The shift knob reads “USA ONE OF 175” as a testament to the car's exclusivity. Other amenities include COMAND GPS navigation, dual-zone automatic climate control, and a premium Harmon/Kardon 10-speaker sound system. An aftermarket radar detector system has been mounted on the left side of the dashboard. 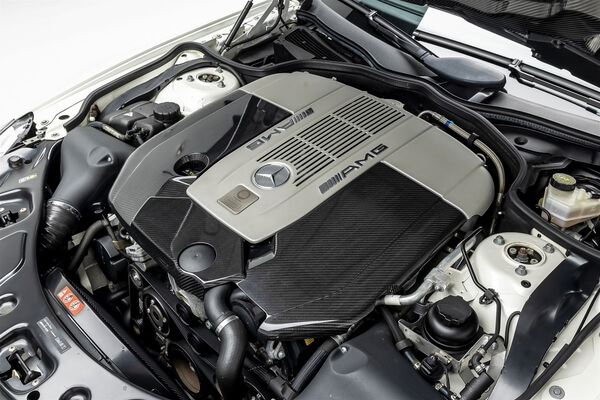 Power comes from a modified version of the standard SL 65 AMG’s 6.0L V12 Biturbo engine, featuring larger turbochargers, modified induction, and revisions to the ignition and fuel maps. This engine generates up to 661 HP and 738 lb.-ft of torque, which is sent to the rear wheels through an AMG Speedshift Plus 5-speed automatic transmission and an AMG limited-slip rear differential. The Black Series is equipped with an AMG adjustable coil-over suspension and larger brakes with 6-piston calipers up front and 4-piston calipers in the rear. Maintenance history is said to be available dating back to 2009 and CARFAX shows a lifetime of service carried out by the original selling Mercedes-Benz dealer in New York. 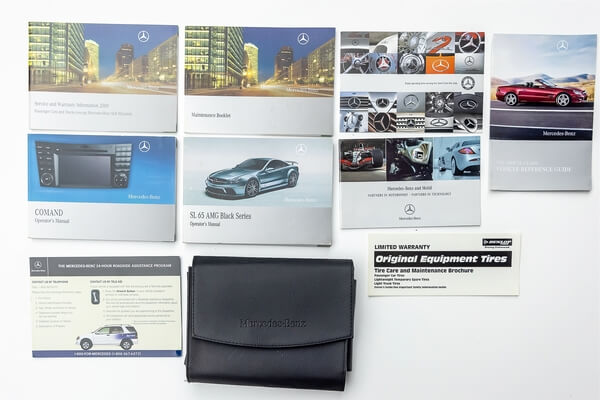 This sale will include the original window sticker, owner's manuals, a commemorative leather box and car cover,  and a clean title. Among the rarest and most sought-after AMG cars of all time, this pristine SL 65 Black Series is not to be overlooked.