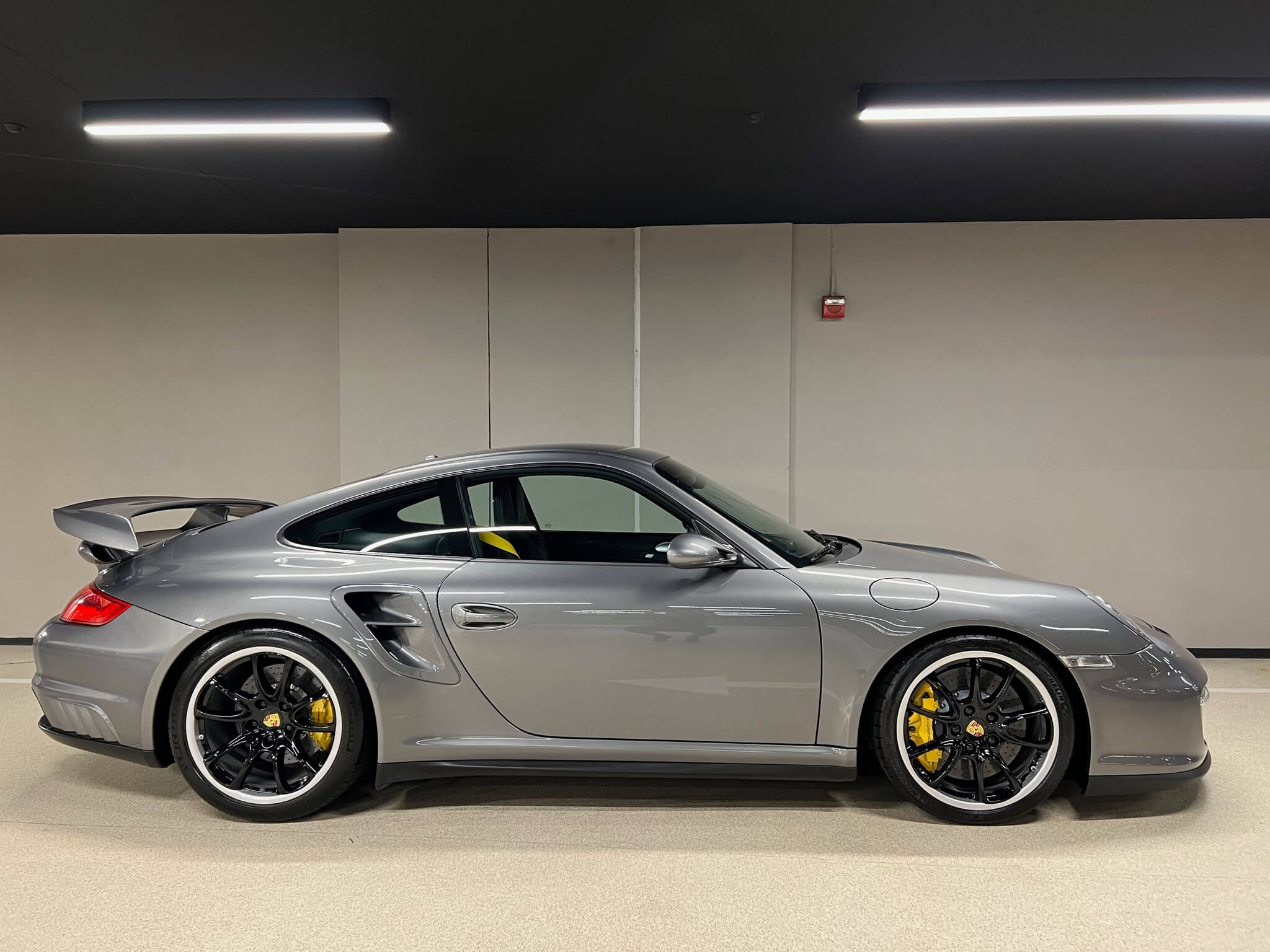 Offering blistering performance and substantial power, the third iteration of Porsche’s GT2 was based upon the 997 Turbo and features a 6-speed manual transmission connecting the rear wheels to a twin-turbocharged Mezger engine. Less than 200 units were reportedly delivered to the United States in total, and this example is said to have been the only finished in Meteor Grey Metallic out of the 25 cars sold in the final model year. It was generously optioned with exclusive seatbelts in Speed Yellow, black-painted wheels, the Interior Carbon Package, Sport Chrono Package, Bose Surround Sound System, and more. Showing approximately 17k miles, this rare and exceptionally well-appointed 997 GT2 is now being offered for auction by its seller out of Florida. 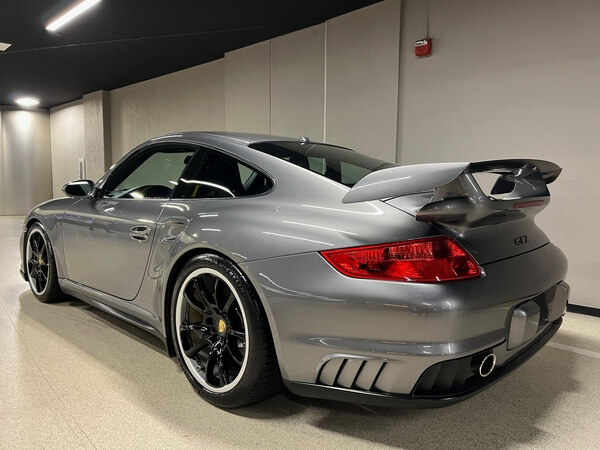 Sharing its wide bodywork and rear side air intakes with the 911 Turbo, the GT2 can be distinguished by its unique front and rear fascia as well as a fixed rear wing with integrated air scoops on either side. The GT2 also comes standard with Porsche Ceramic Composite Brakes (PCCB) including yellow-painted calipers. This example is finished in Meteor Grey Metallic and factory-optioned with red taillights as well as black-painted 19” GT2 wheels. Clear paint protection film has been applied over the full front end up to the door panels and the seller adds that the car has never been subjected to track use, detailed images are provided in the gallery along with a clean CARFAX report. 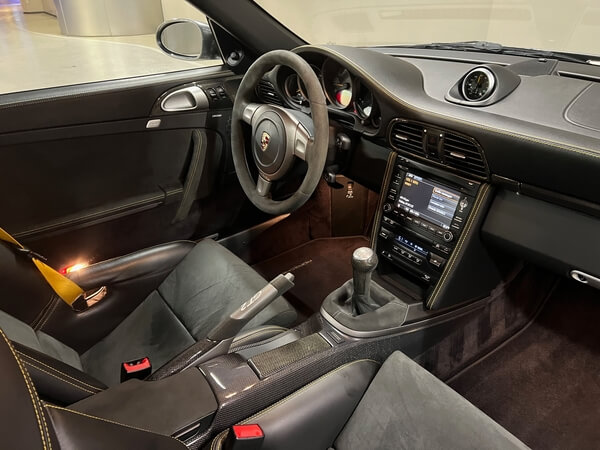 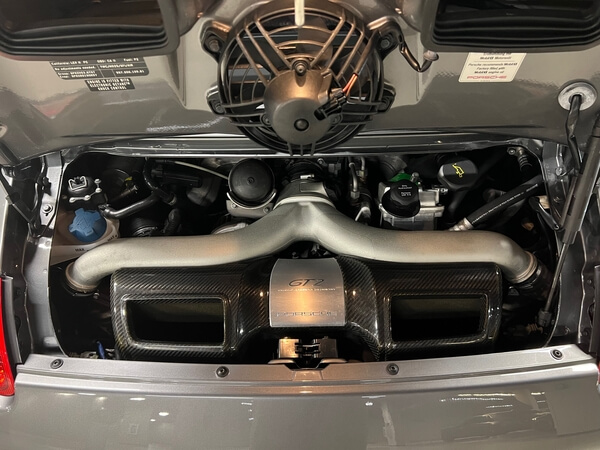 The 3.6-liter Mezger flat-six engine in the 997 GT2 is equipped with twin Variable Turbine Geometry (VTG) turbochargers and produces up to 530 HP and 505 lb.-ft of torque.  The rear wheels are driven through a 6-speed manual transmission while stopping power comes from vented ceramic composite brakes paired with 6-piston front and 4-piston rear aluminum monobloc calipers.  Acceleration from 0-60 MPH takes place in approximately 3 seconds with a top speed of over 200 MPH. The CARFAX report shows the initial pre-delivery inspection completed at Porsche of San Diego where the car was continually maintained up until 2013. Subsequent service was performed by other Porsche dealers in California, New York, and Texas including a thorough inspection by Porsche of Plano in 2019 at 17,580 miles. 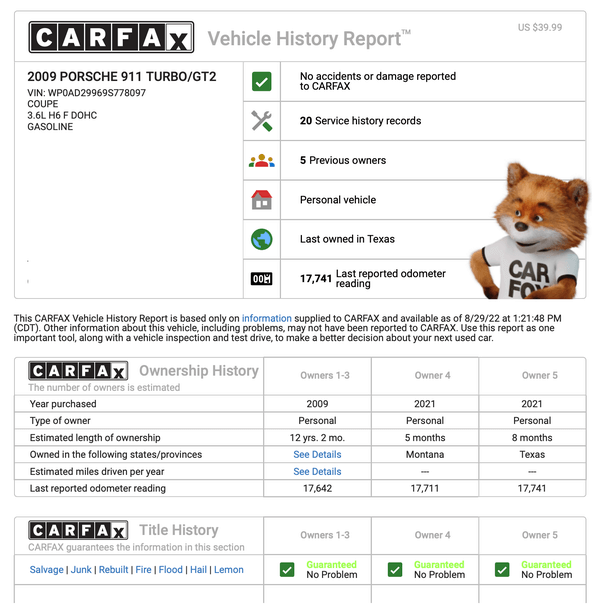