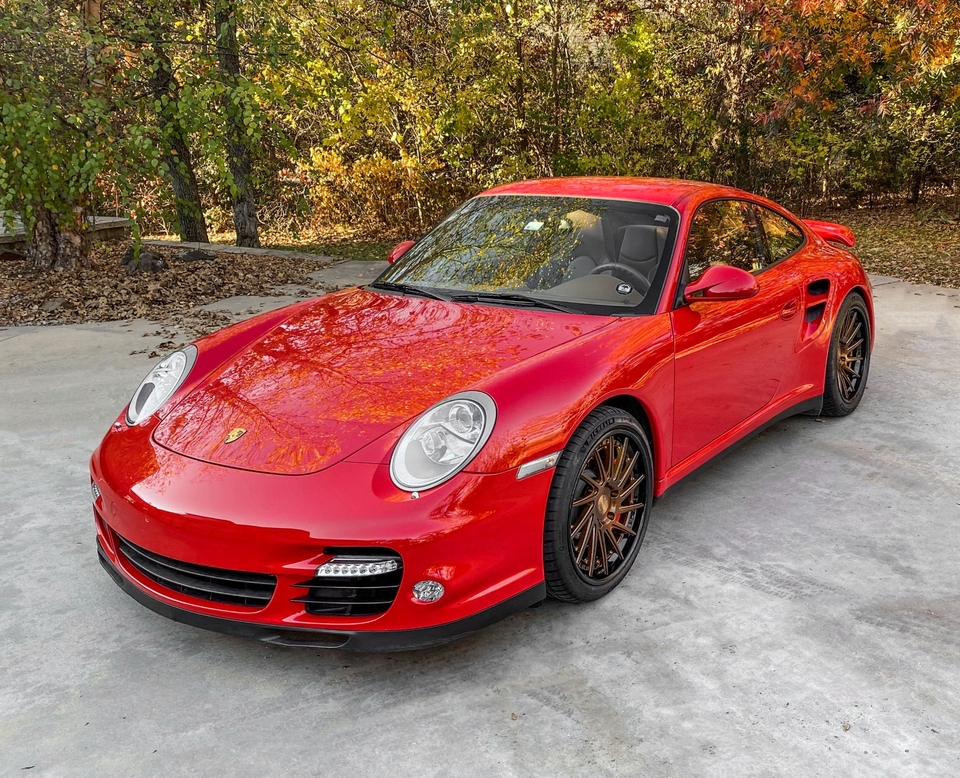 Up for auction is this 2010 Porsche 997.2 Turbo finished in Guards Red over a Brown Natural Leather interior.  Featuring a direct fuel-injected 3.8 L twin-turbocharged flat-six engine introduced for the second phase of the 997 series, this Turbo has also been upgraded with a $10k EvoMS power kit among other modifications for a claimed output of over 600 HP.  Also highlighting $8k Avant Garde wheels and an original window sticker totaling over $148k, this 997.2 Turbo is now being offered with approximately 47k miles shown on the odometer by its seller in Oklahoma. 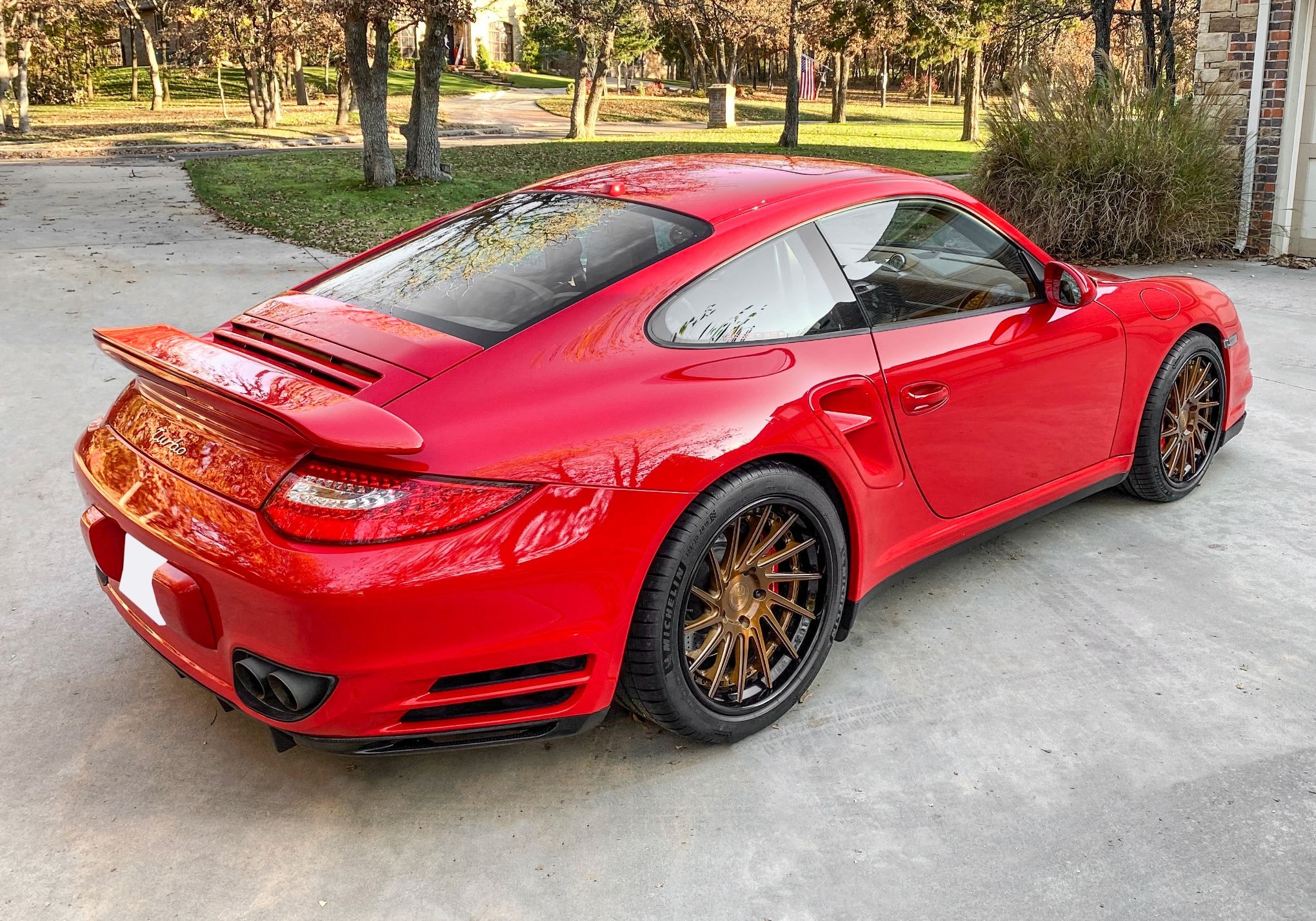 The traditional Guards Red finish is reported to be in exceptional condition as can be seen in the photo gallery.  Noteworthy features include wide fenders with rear side air intakes, a speed-activated rear spoiler, an aftermarket Agency Power rear diffuser, and custom 3-piece Avant Garde wheels purchased at a cost of over $8k.  Brand-new Michelin Pilot Cup 2 tires have also been installed within the last 800 miles. 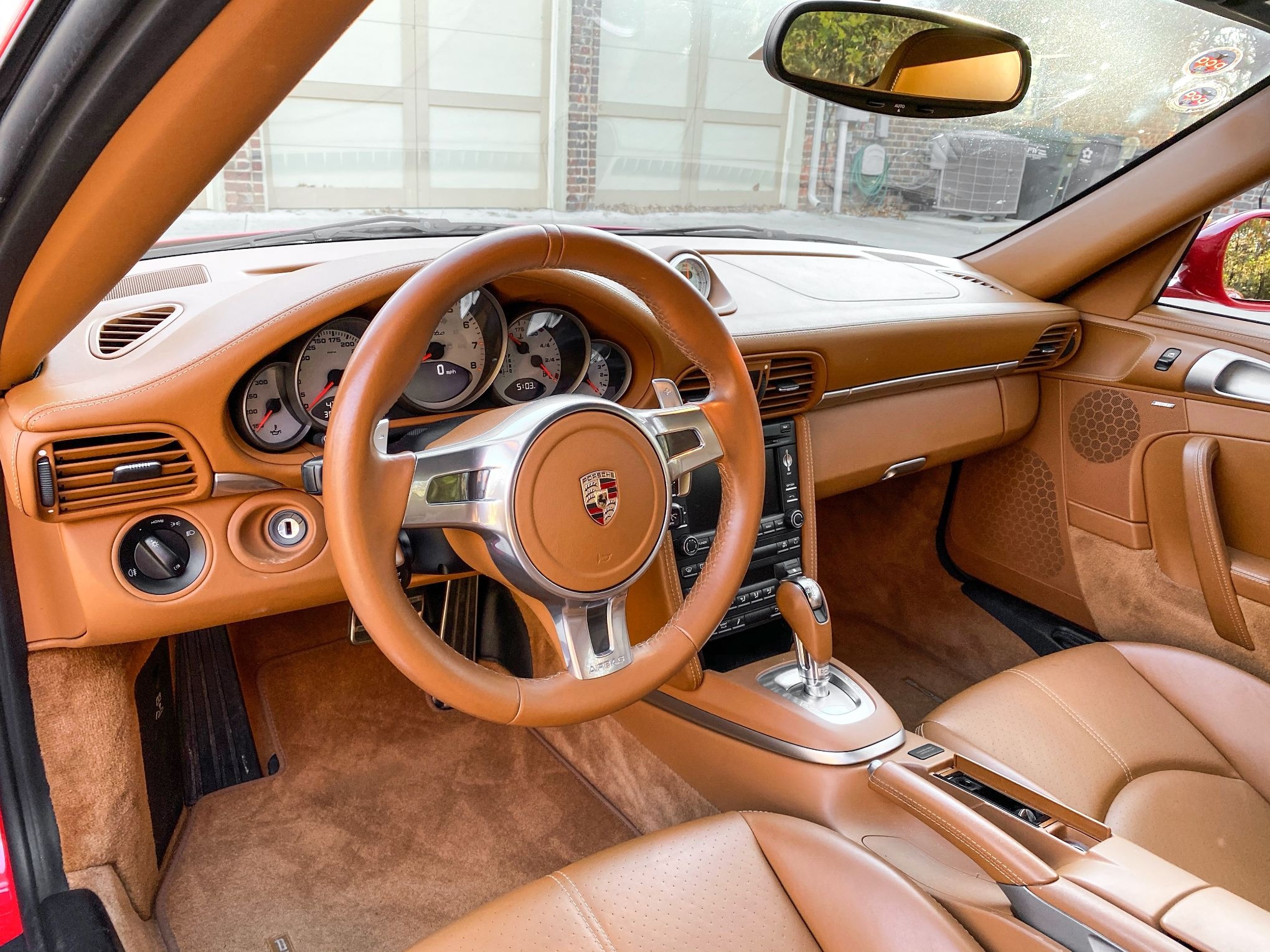 The luxurious Brown Natural Leather interior is said to be in pristine condition with only minor wear indicated on the driver's seat bolster as well as a broken piece on the cupholder.  Some factory options selected for this example include Adaptive Sport Seats, a Sport steering wheel, an XM Radio receiver, and the Sport Chrono Package. 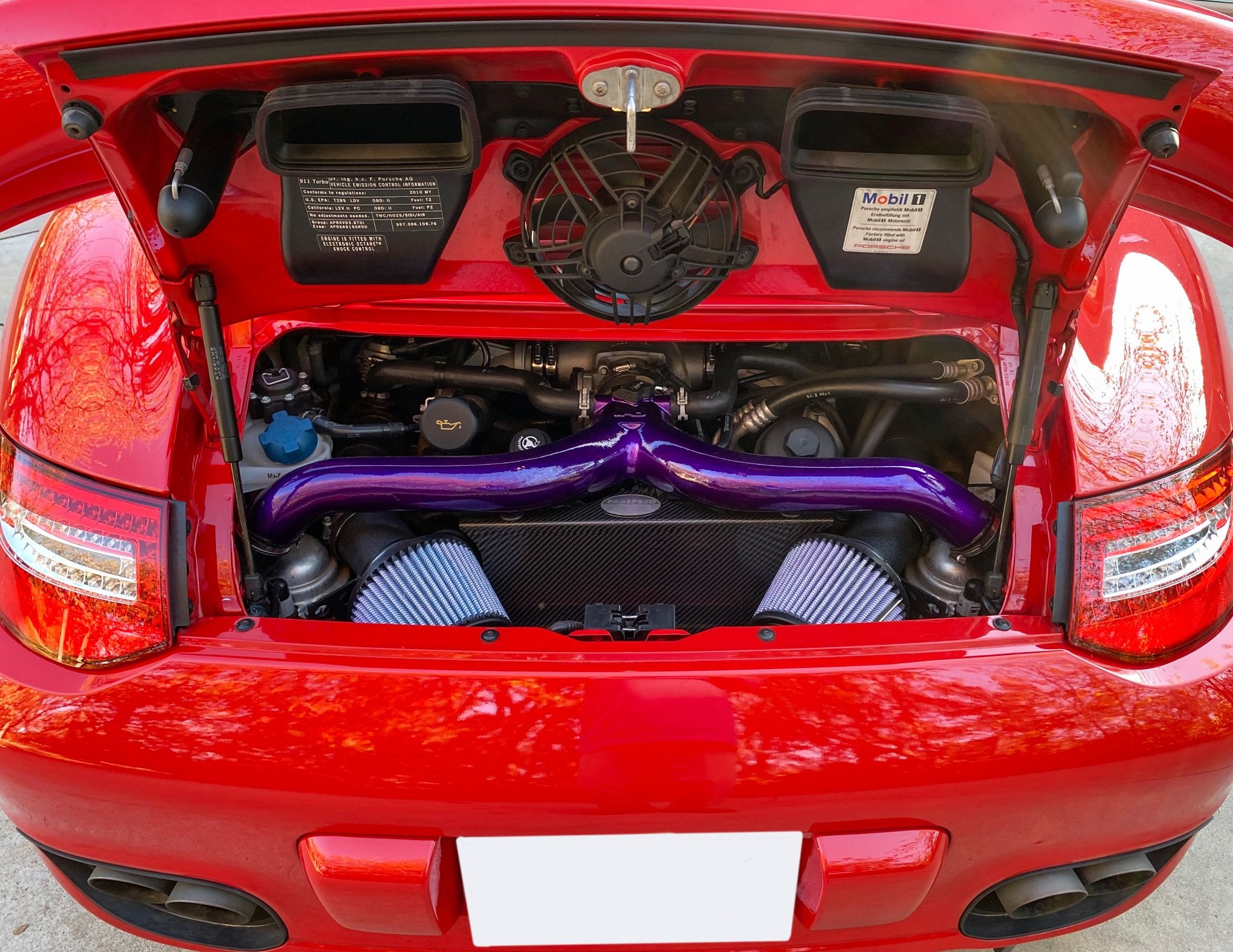 This second-generation 997 is equipped with a direct fuel-injected 3.8 L flat-six engine rated at 500 HP from the factory.  An EvoMS power kit has been installed at a cost of nearly $10k which claims to bring the power output up to 600 HP through the use of a sport exhaust system, headers, upgraded recirculating valves, 200 cell cats, and a performance tune.  All 4 wheels are driven by way of a 7-speed dual-clutch PDK transmission which allows for lightning-quick gear changes.  Other upgrades include an IPD plenum and Y-pipe, a 75mm throttle body, and a Fabspeed carbon fiber air intake.  The original air intake is included in the sale and this Turbo is said to drive beautifully with all scheduled maintenance up to date.

This sale will be accompanied by a set of 2 keys, owner’s books, service records, the original window sticker, the factory air intake, a custom-fit indoor car cover, and a clean title. Offering a significant increase in power over its stock configuration, this 997 Turbo is sure to satisfy any demanding driver.