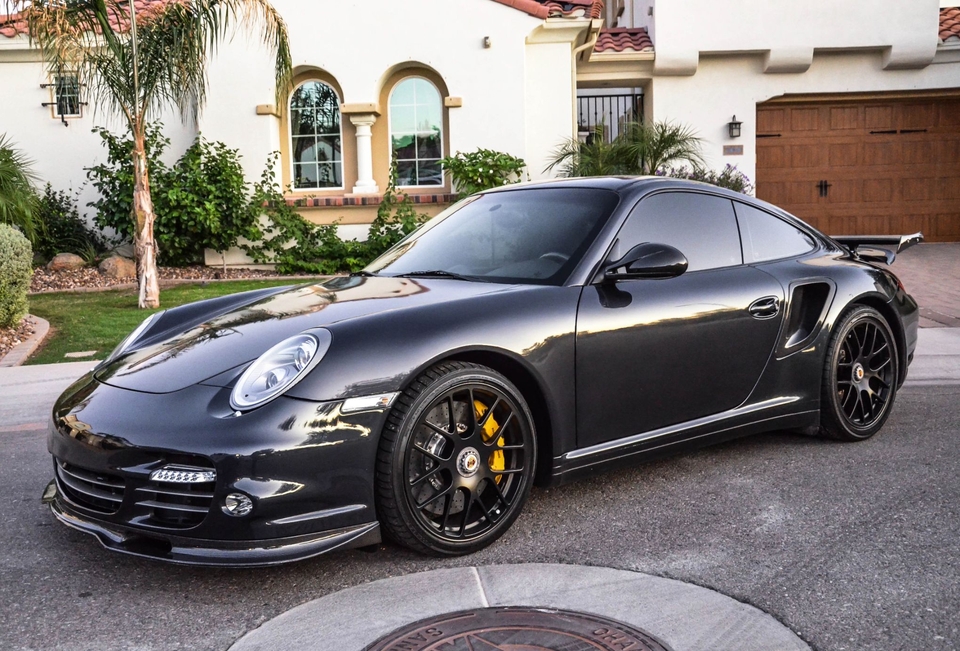 Now available for auction is this 2011 Porsche 997.2 Turbo S finished in Paint to Sample Slate Grey Metallic over a Dark Grey natural leather interior.  Having once represented Porsche’s fastest production car to date, the 997.2 Turbo S model is sought after for its blistering performance and top-of-the line features.  This 2-owner 2011 example has been treated to over $60k worth of aftermarket upgrades including high-end electronics, custom carbon fiber components, and a considerable list of performance modifications amounting to a claimed output of 750 HP.  Showing approximately 47k miles on the odometer and reported to be in excellent overall condition, this Turbo S offers a truly incredible value. 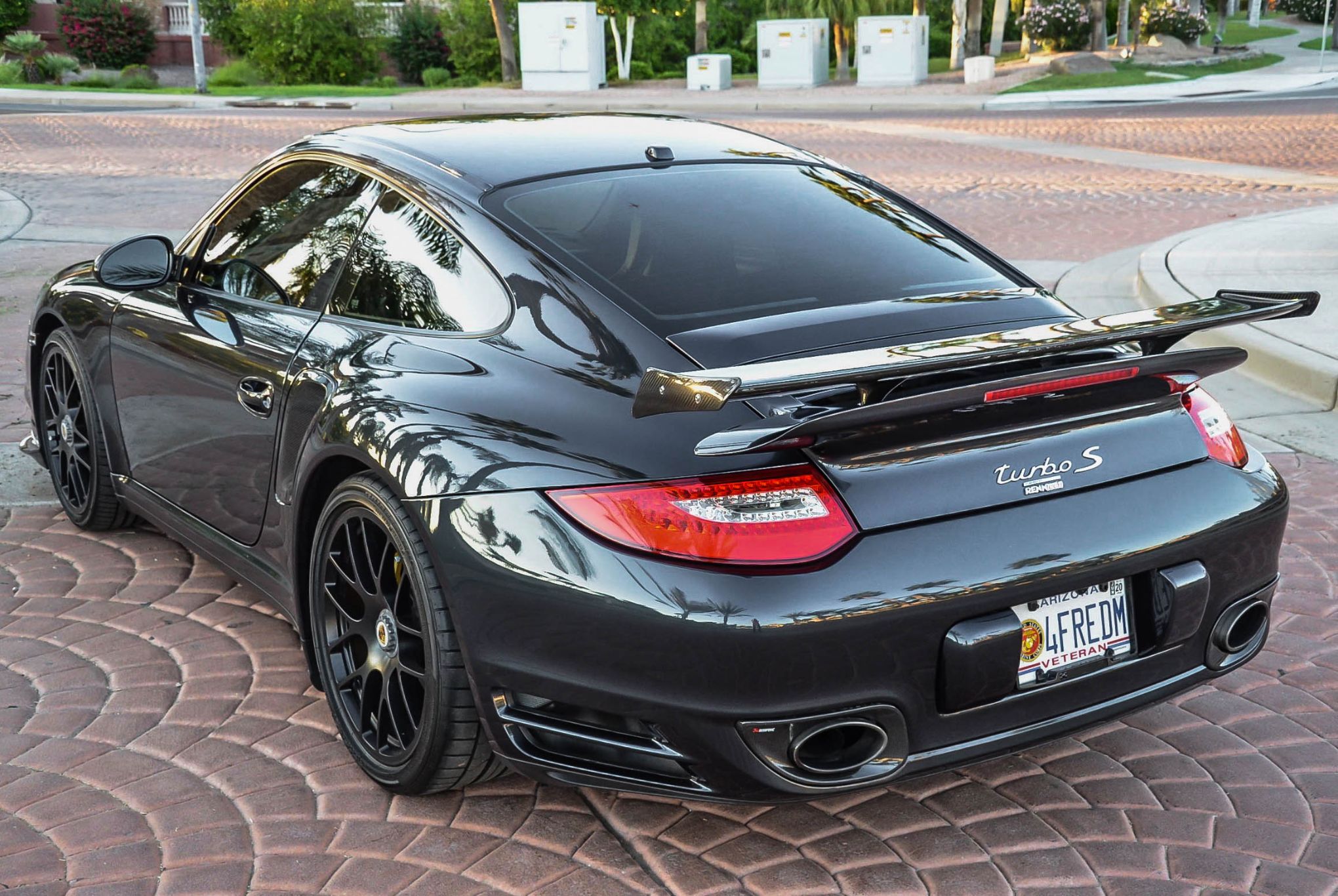 The rare Paint to Sample Slate Grey Metallic finish is stated to be in great condition with paint protective film applied over the front bumper, hood and mirror covers.  The seller notes that the front bumper was recently refinished in order to address some stone chips; detailed images are provided in the photo gallery.  The wide aggressive styling of this Turbo S is complimented by aftermarket carbon fiber components including the hood, rear spoiler, mirrors and side air intakes.  Standard yellow PCCB brake calipers contrast against the factory RS Spyder center lock wheels which are finished in black and currently dressed in Bridgestone tires. 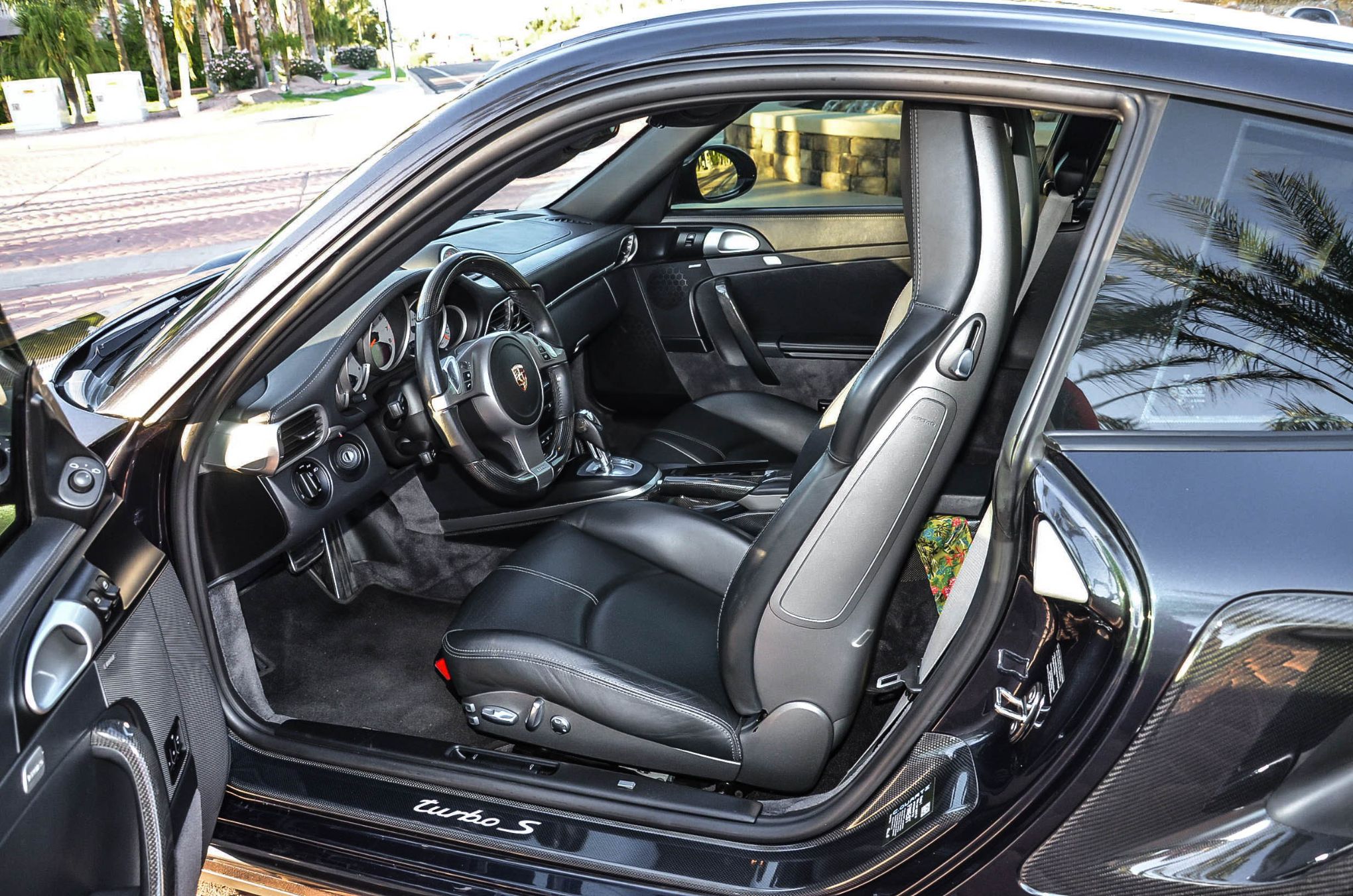 Inside, this Turbo S showcases a premium Dark Grey natural leather which is said to remain in exceptional condition.  No expense was spared in upgrading this 997’s electronics with a K40 radar detector and laser jammer, front and rear cameras, a Kenwood head unit and JL Audio sound system.  Custom carbon fiber details have also been installed including the interior door handles, steering wheel, doorsill, brake lever, shifter, rear center console and front air vents.  Commanding an original sticker price of over $172k, this Turbo S highlights the following list of exclusive options: 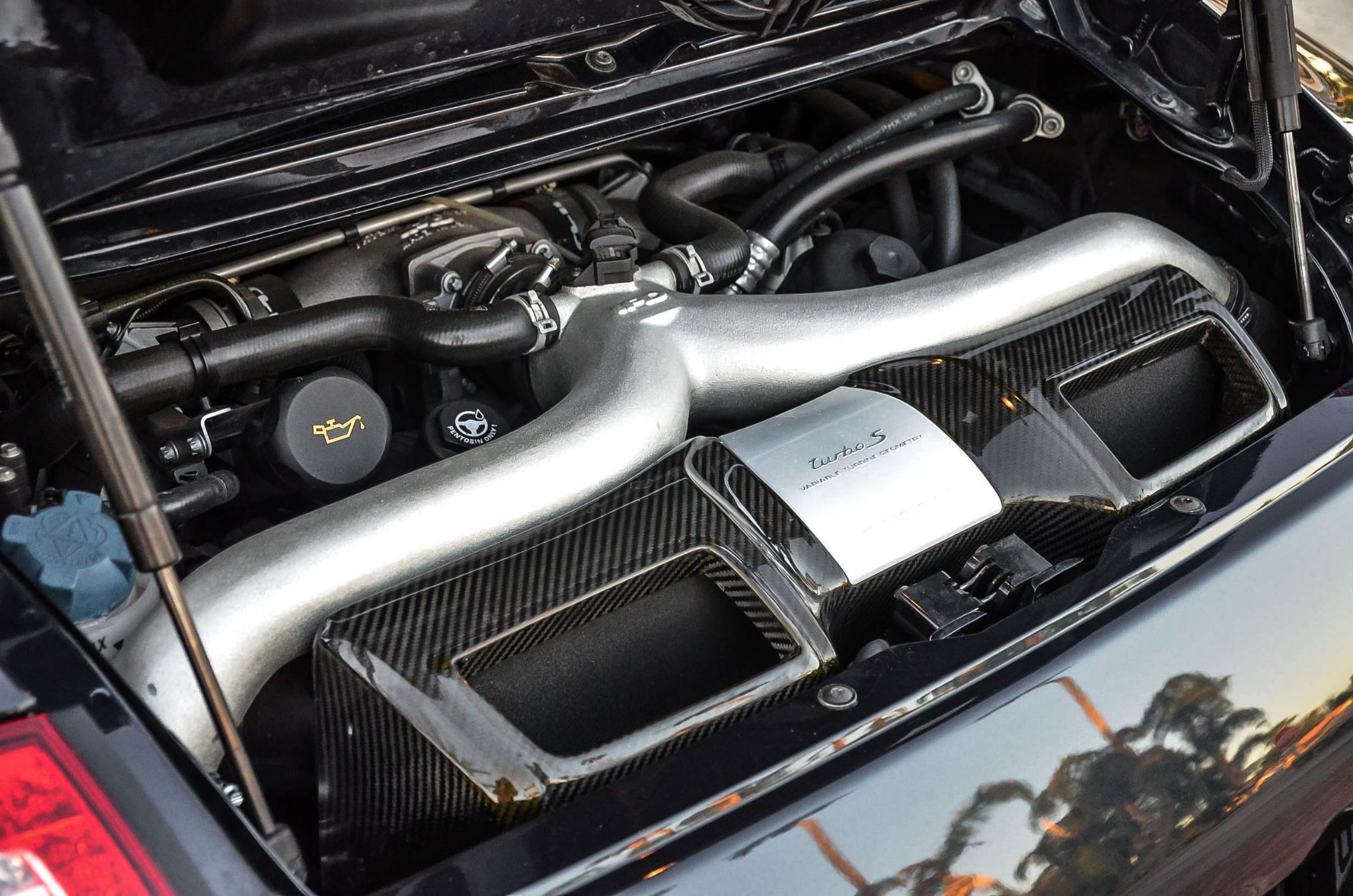 This 997.2 carries a twin-turbocharged 3.8 L flat six engine rated at 523 HP stock.  Power is distributed to all four wheels by way of a 7-speed dual clutch PDK transmission providing for a factory 0-60 time of approximately 3 seconds.  The Turbo S comes standard with performance features including the Sport Chrono Package and PCCB Ceramic Composite brakes.  This 2011 example has been upgraded with the following performance modifications making for a claimed output of 750 HP:

All scheduled maintenance is reported to be up to date with the last full service performed in August of 2019.  This Turbo S is said to be in excellent driving condition, just waiting to be enjoyed by a new owner.

The sale of this Turbo S will include a set of two keys, the original books and service records.  If you crave unadulterated turbocharged performance, this generously upgraded 997.2 Turbo S is not to be overlooked.