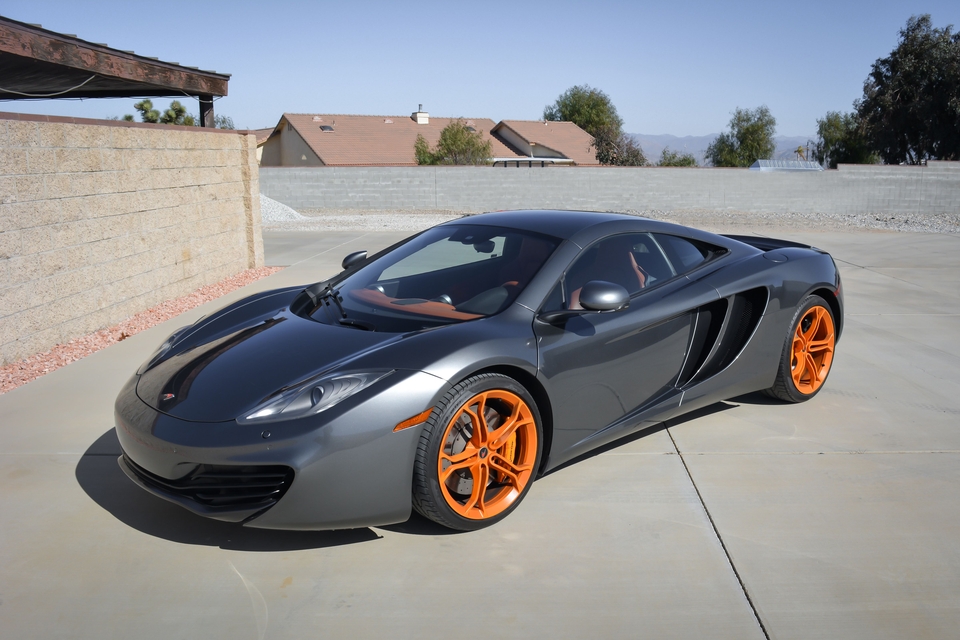 Now available for auction is this 2012 McLaren MP4-12C Coupe finished in Graphite Grey over a Saddle Tan leather interior.  Representing the first-ever road-going vehicle to have been entirely designed and built by McLaren, the 12C features a carbon fiber MonoCell chassis, F1-derived technology, and a twin-turbocharged V8 engine that sends over 600 HP to the rear wheels.  This 2012 example highlights optional carbon fiber details, contrasting brake calipers, custom powder-coated wheels, and a factory ECU update for increased horsepower.  Originally sold from McLaren Philadelphia, this 12C is now being offered for auction by its seller in California with just over 9k miles showing on the odometer. 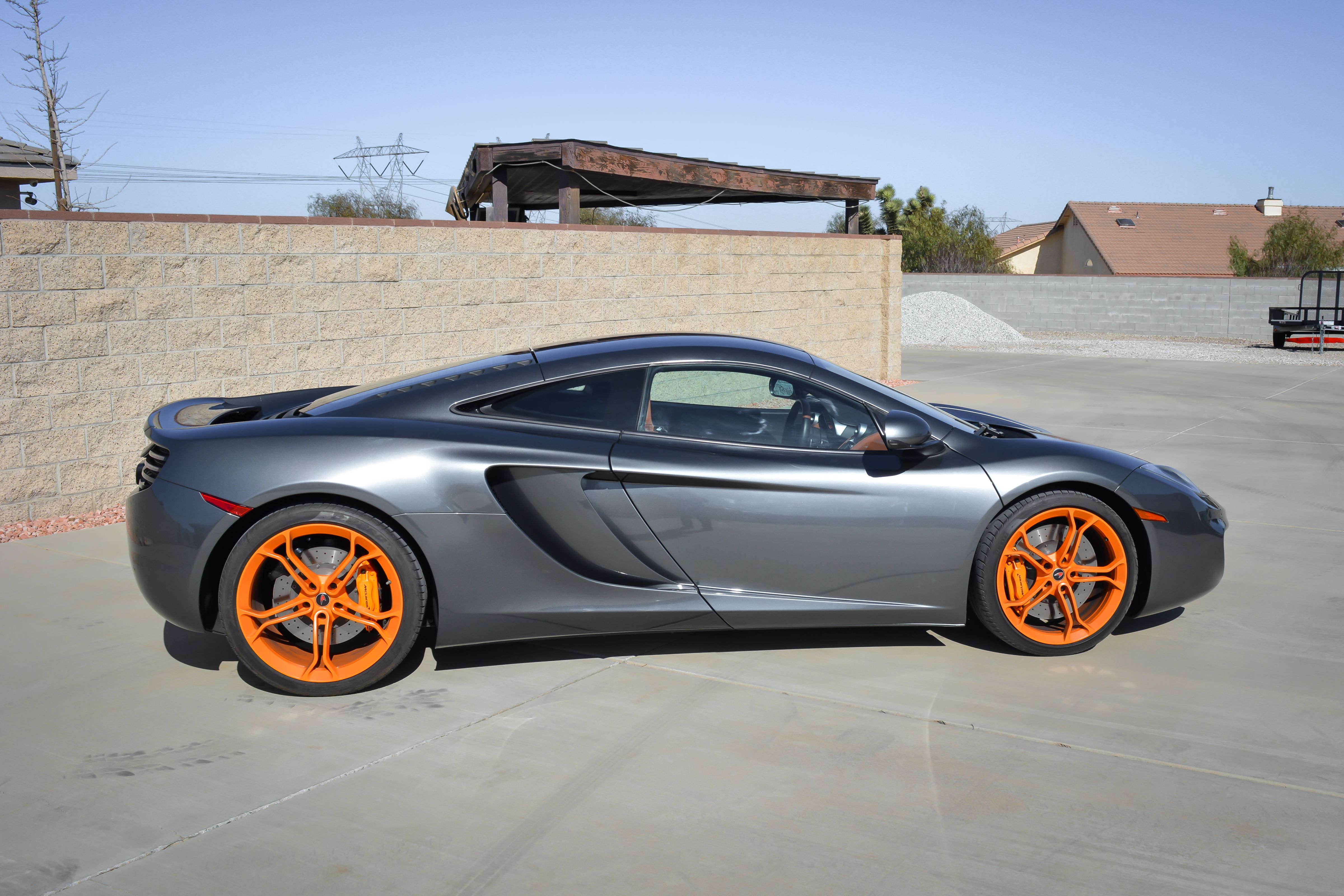 This McLaren is finished in the understated shade of Graphite Grey, and the paint is said to be in showroom-quality condition with clear protective film applied over the front end, mirrors, and in front of the rear wheels.  Detailed images are provided in the photo gallery along with a clean CARFAX.  Noteworthy optional features include a carbon fiber rear engine compartment, McLaren Orange brake calipers, and the Stealth Pack which includes a black airbrake mechanism and black exhaust finishers.  The 20" lightweight forged wheels have been custom powder coated in McLaren Orange and come dressed in Pirelli P-Zero tires. 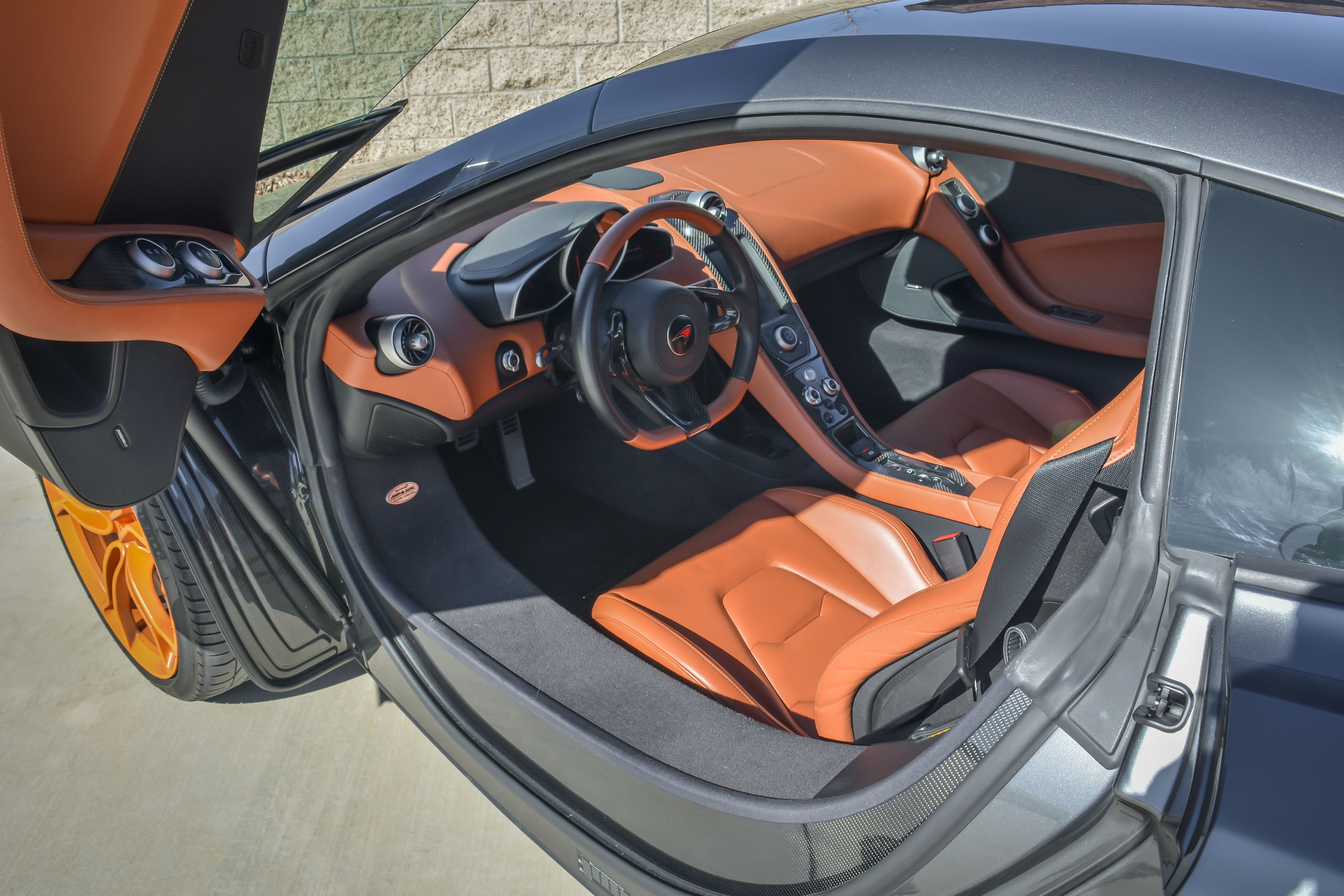 Inside, you will find a beautiful Saddle Tan leather interior accented by optional carbon-fiber trim.  Other premium features include power-operated and heated seats, carbon fiber door sills, and the Meridian Surround Sound Package.  Both of the door-mounted climate-control displays were replaced by McLaren under the current ownership in 2019.  The cabin is said to be like-new while retaining the full functionality of all gauges and accessories. 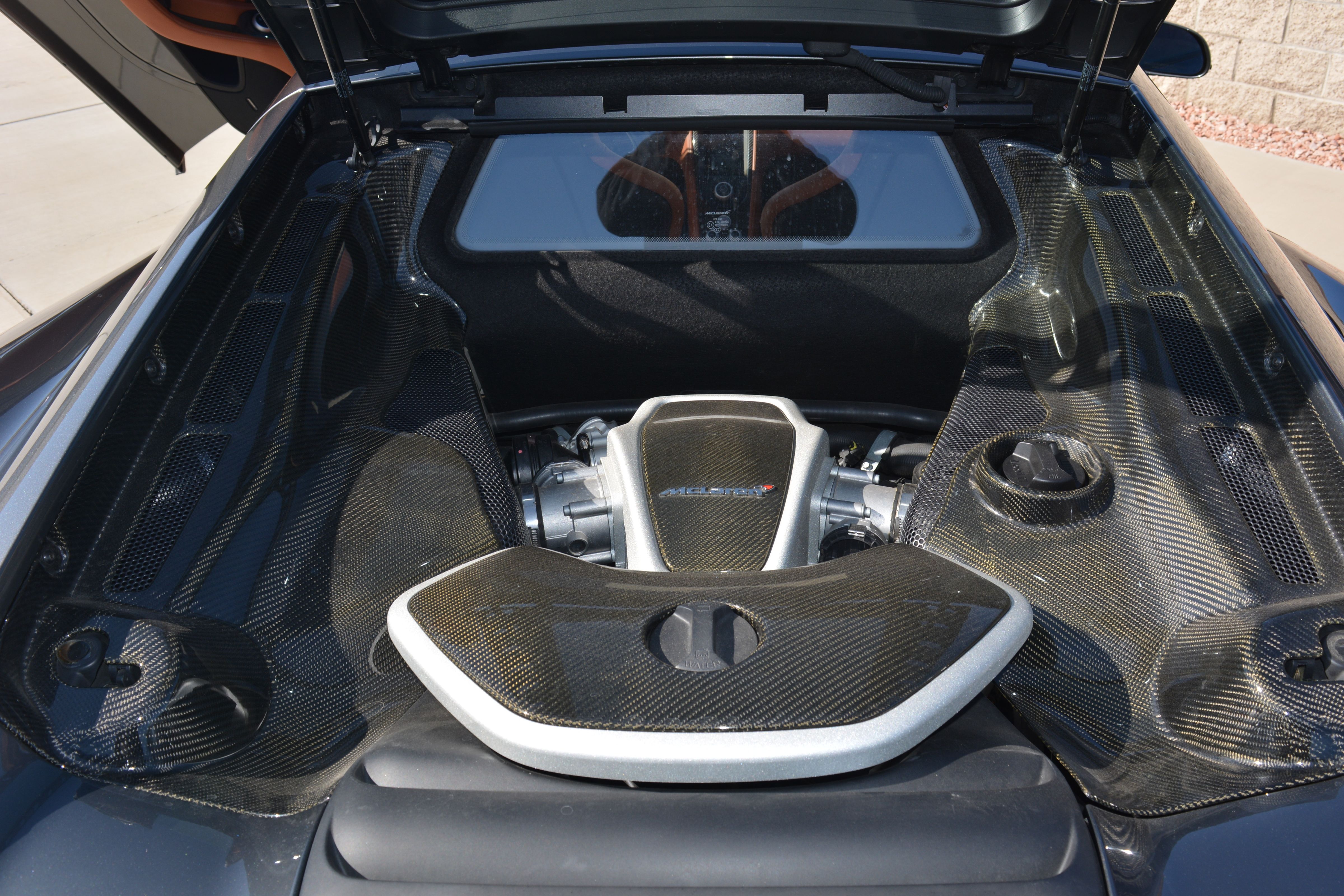 This McLaren carries a mid-mounted twin-turbocharged 3.8 L V8 engine that received an ECU update by McLaren for an output of 625 HP.  The rear wheels are driven by way of a 7-speed dual-clutch “SSG” transmission allowing for a 0-60 time of under 3 seconds and a top speed of over 210 MPH.  The 12C makes use of advanced technology including an F1-derived brake steer system, a ProActive Chassis Control suspension, and rigid MonoCell carbon monocoque chassis.  All maintenance is said to be up to date and the seller reports that this example was brought to McLaren of Newport Beach upon their purchase to undergo a full service that included new mass airflow sensors and a new intake plenum box. 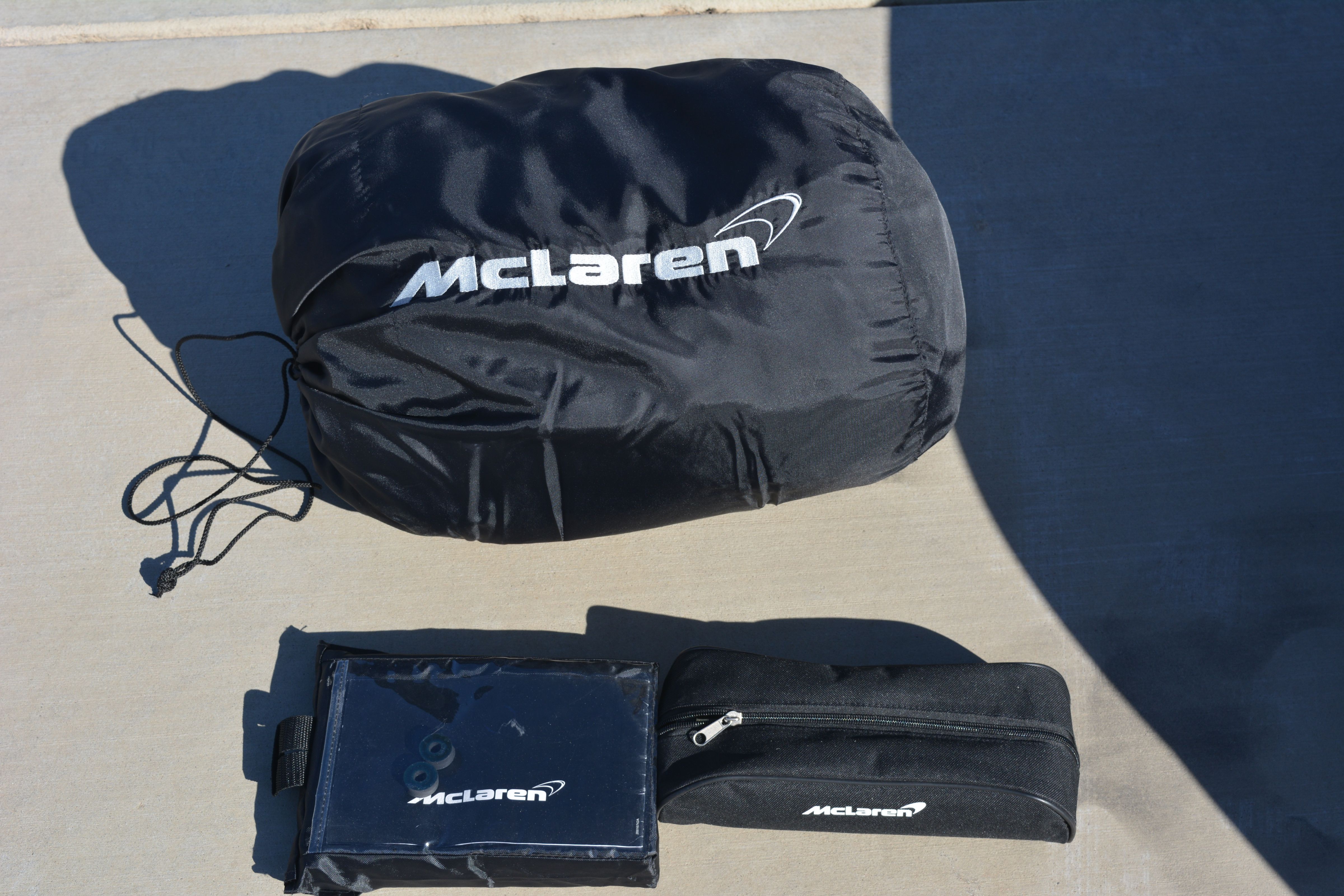 This sale will include a set of 2 keys, owner’s manuals, a car cover, toolkit, and a clean California title.  A true supercar in every sense of the word, this low-mileage MP4-12C is ready to be enjoyed by its next owner.