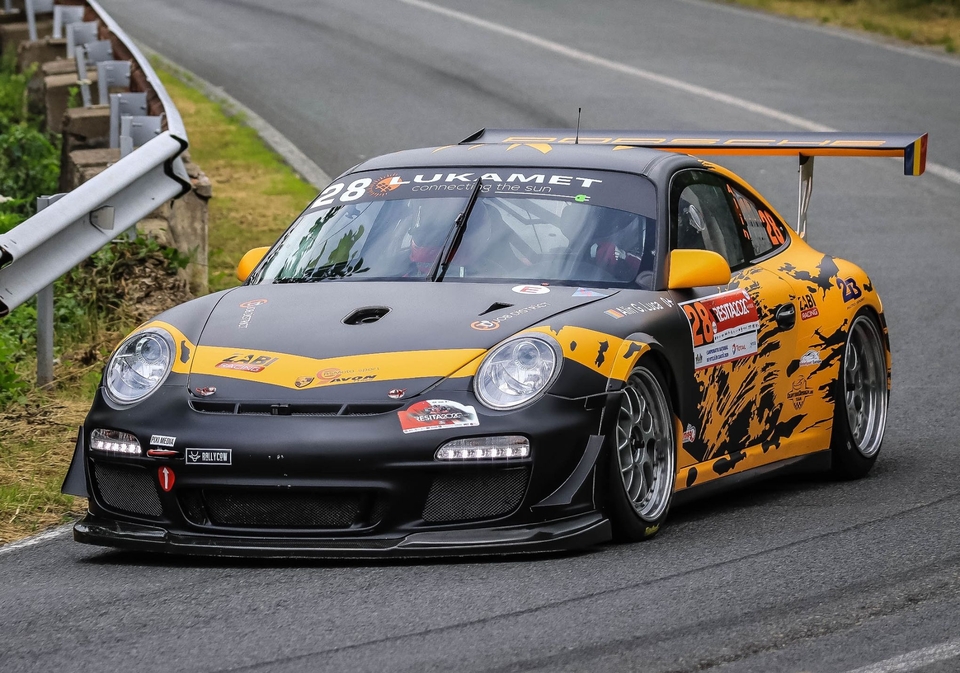 We are pleased to present this 2012 Porsche 997.2 GT3 Cup finished in a custom black and yellow vinyl racing livery.  Based on the roadgoing GT3 RS, the 997 GT3 Cup is a purpose-built racecar designed to compete in the Porsche Carrera Cup Championship.  After being raced in the German Carrera Cup Series for one year, this rare second-generation 997 Cup was acquired by a well-known international motorsports team who raced it in the Porsche Carrera Cup Championship throughout Europe.  This GT3 was later purchased by a private owner in 2019 who kept the car in superb condition while being thoroughly serviced after each use.  Fully equipped to hit the track and still eligible for a variety of racing series, this GT3 Cup offers an exceptional value with only 28 hours of engine run time recorded. 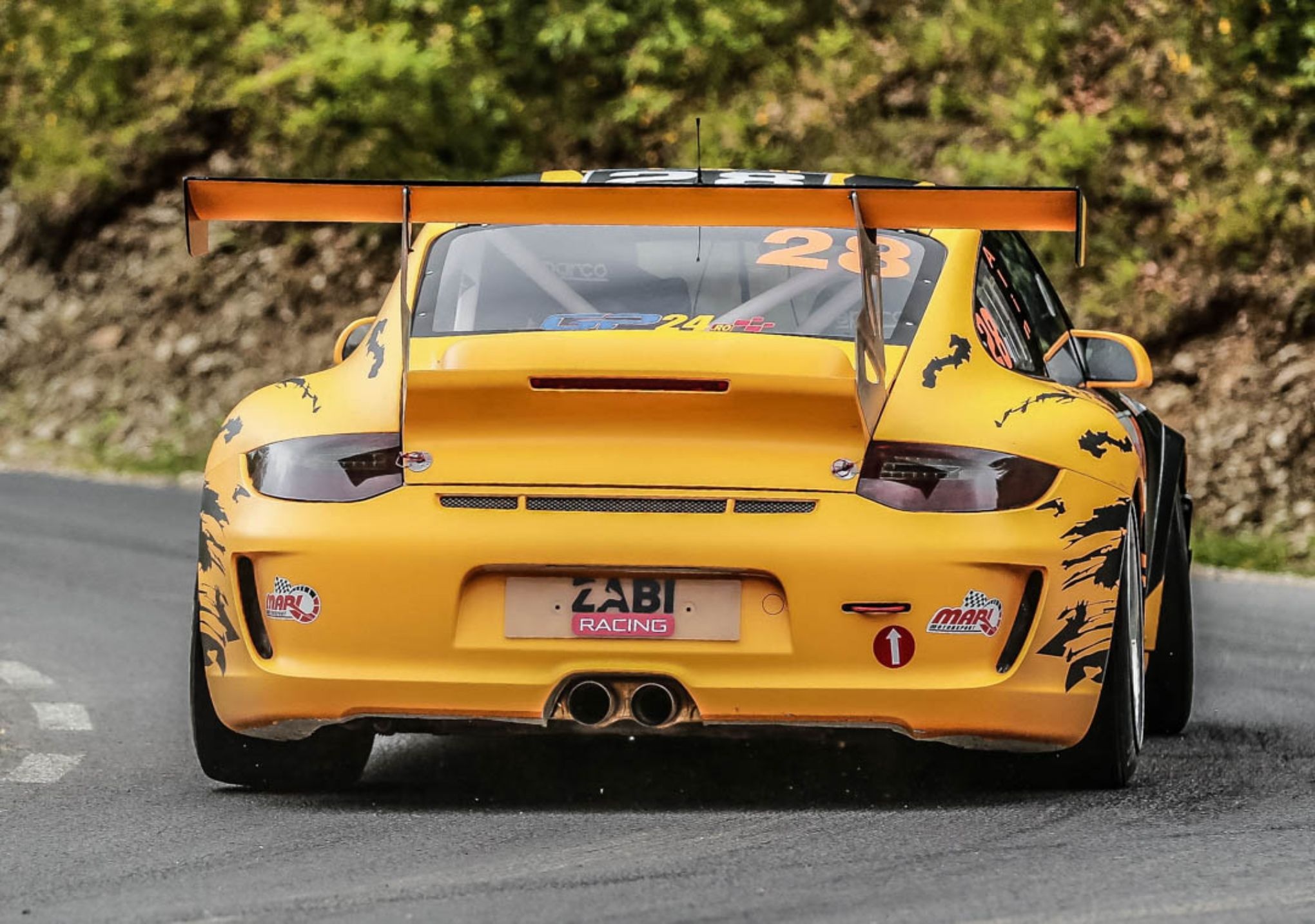 This GT3 is wrapped in a custom black and yellow vinyl racing livery, although the underlying color is noted to be white as was standard on all Cup Cars.  The exterior is shown to be in great shape with some typical signs of wear (detailed images are provided in the photo gallery).  This Cup Car rides on 18” BBS center lock wheels. 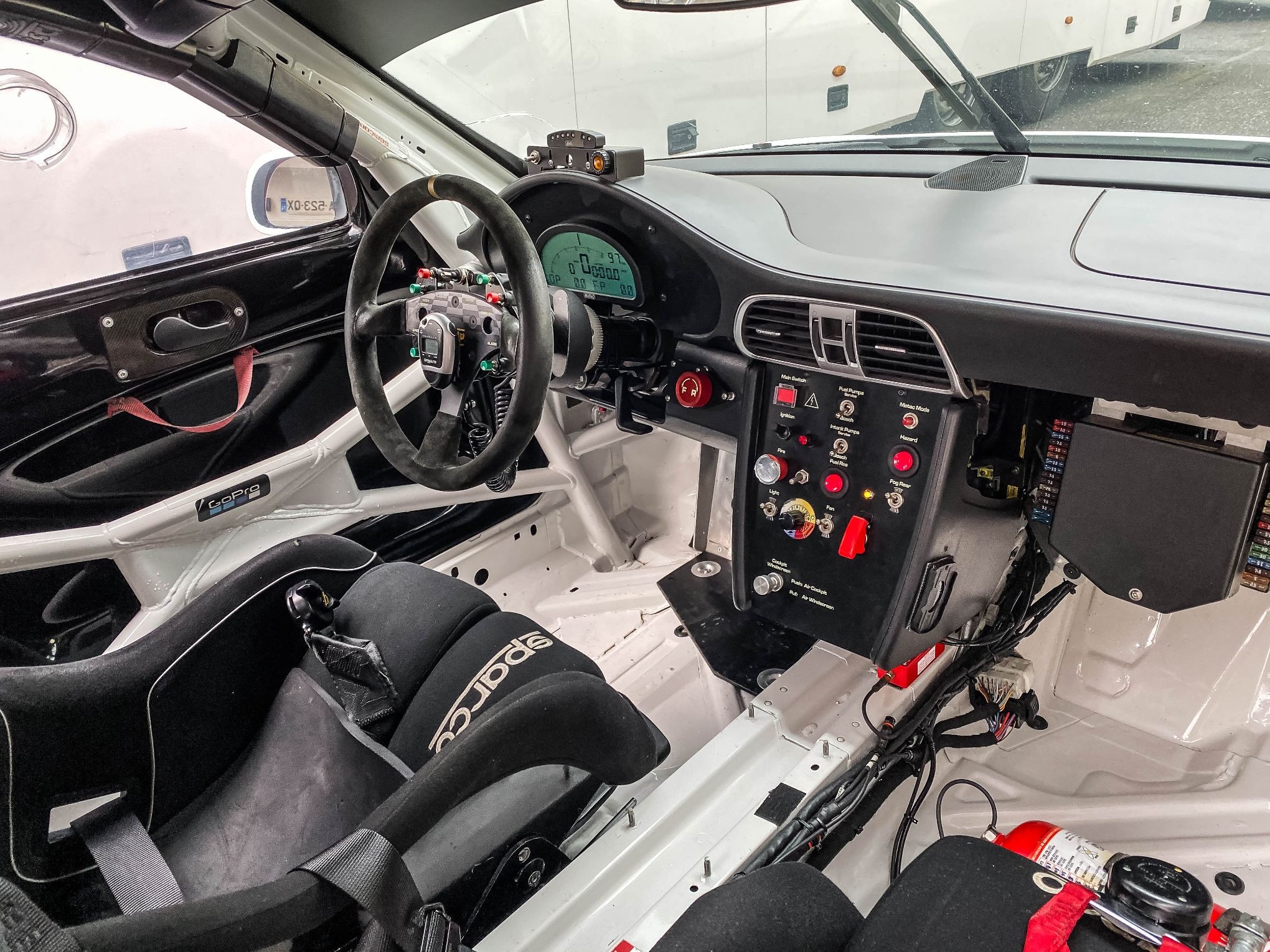 Inside, the driver is situated in a lightweight racing cockpit with an FIA-approved full roll cage.  Track-oriented features include Sparco seats with 6-point harnesses (exp. 2025), a full-vehicle fire suppression system, a Motec dash and a quick-release steering wheel which is linked to a Motorsport electric power steering system.  This no-nonsense interior is said to be in great condition with all electrical components and driver aids remaining fully functional.

This Cup Car is powered by a naturally aspirated 3.8 L flat-six engine derived from the roadgoing GT3 RS.  450+ HP is delivered to the rear wheels by way of a Hollinger sequential 6-speed gearbox with KMP automatic paddle shifters.  Performance features include a Bosch-Porsche ECU, Alpine Racing Cup suspension, adjustable anti-roll bars and composite cast disc brakes with Bosch racing ABS.  A new camshaft has been installed and the previous owner has reported 28 hours of total running time on the engine with 8 hours of use on the gearbox and driveshafts.  Stated to have been properly maintained and serviced after every event, this GT3 remains in excellent ready-to-race condition. 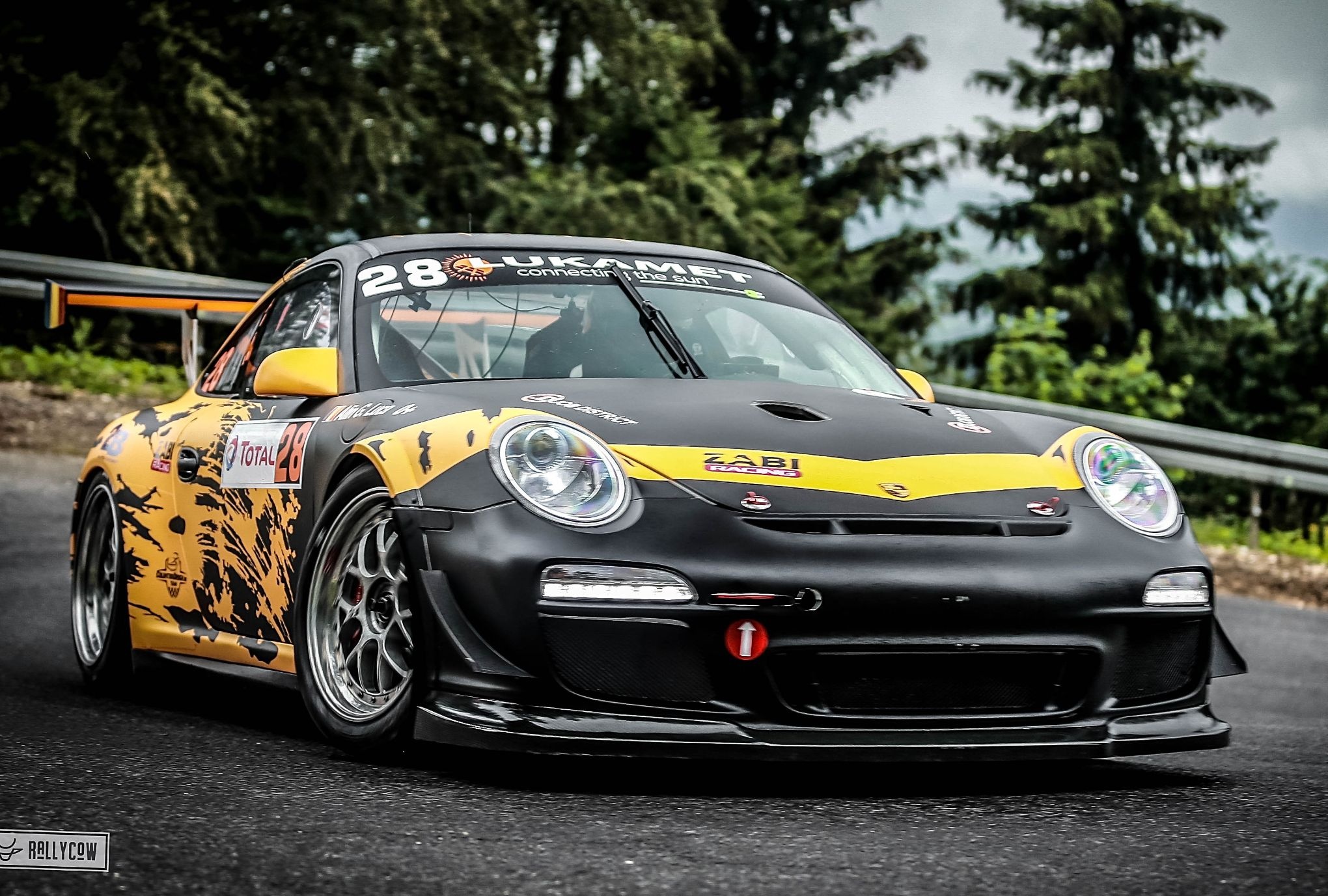 This 997.2 is reported to be one of the very last Sebastien Loeb racing cars used for circuit, with several winnings during the Cup series as well as a 2nd and 3rd place finish during 2 hill climb races in Romania.  This GT3 Cup is the perfect choice for an avid motorsport enthusiast in search of a highly competitive racecar.