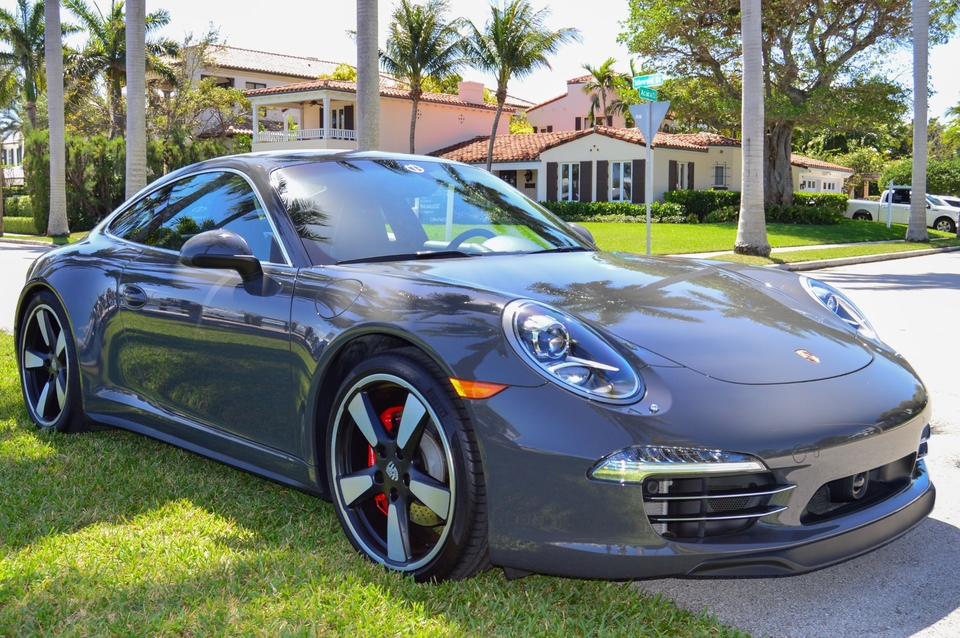 We are pleased to offer for auction this sought-after 2014 Porsche 991 “50th Anniversary Edition”.  Being number 1,388 out of only 1,963 models produced, this Carrera is part of a limited production run that was commissioned by Porsche to celebrate the 50th anniversary of the first 911 produced in 1963.  This example was recently serviced and is showing to be in like-new condition.  It is now being offered by its seller our of Florida with just 12k miles on the odometer. 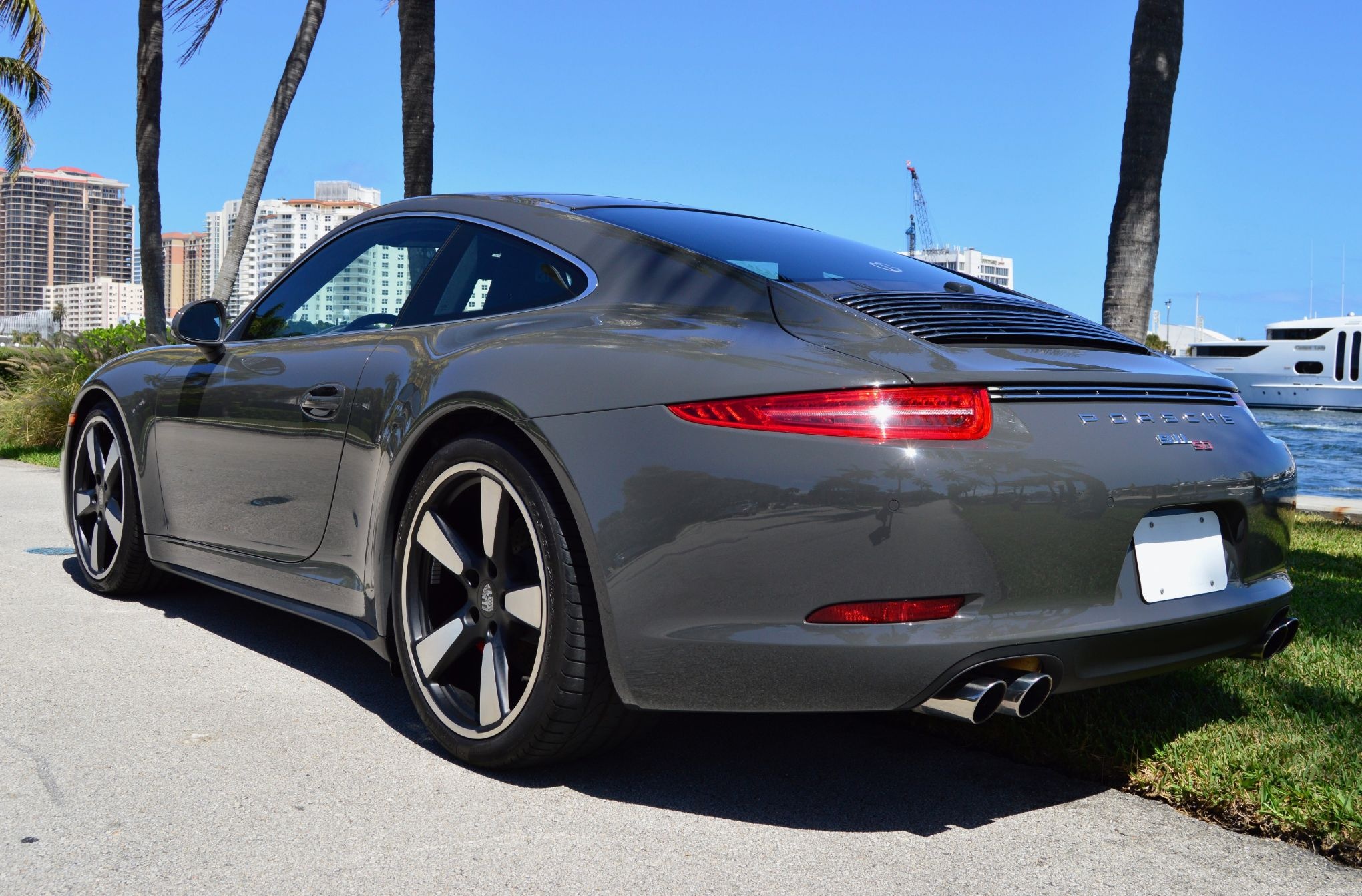 Optioned in Graphite Grey, the exterior paint on this Carrera is said to remain in exceptional condition.  The “50th Anniversary Edition” utilizes the wide body shell from the Carrera 4S, yet retains a rear-wheel drive format; a nod to the 1963 911.  Additionally, the suspension is 10mm lower than a standard Carrera to improve aerodynamics, handling, and add an overall more aggressive look. The combination of the lower stance and wide-body look is truly unique to this special Anniversary Edition 911.  Other features include black/chrome air intakes in the front grill and on the engine cover.  This example sits on 20” Fuchs-style Sport Classic wheels that are wrapped in Pirelli P-Zero tires from 2015. 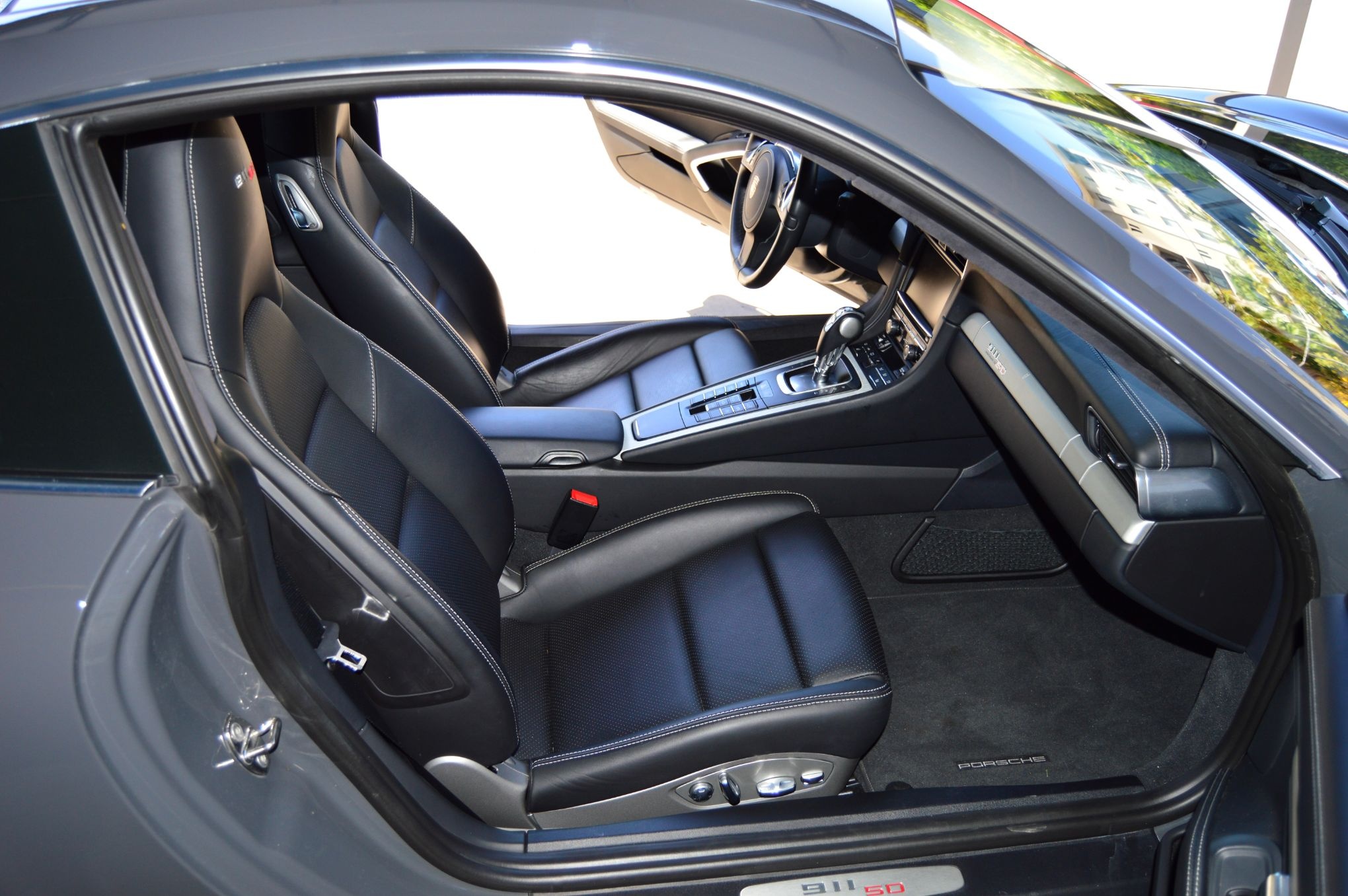 Inside, you will find a black leather interior leather that remains in like-new condition.  The instrument dials harken back to the original 911 from 1963 and feature green lettering, white needles, and silver pointer caps.  The dash and doors feature leather trimming that is cut from finer material while the heavily-brushed aluminum trim separates this model from other 911's.  With an MSRP of $138k, this model was ordered with the following options: 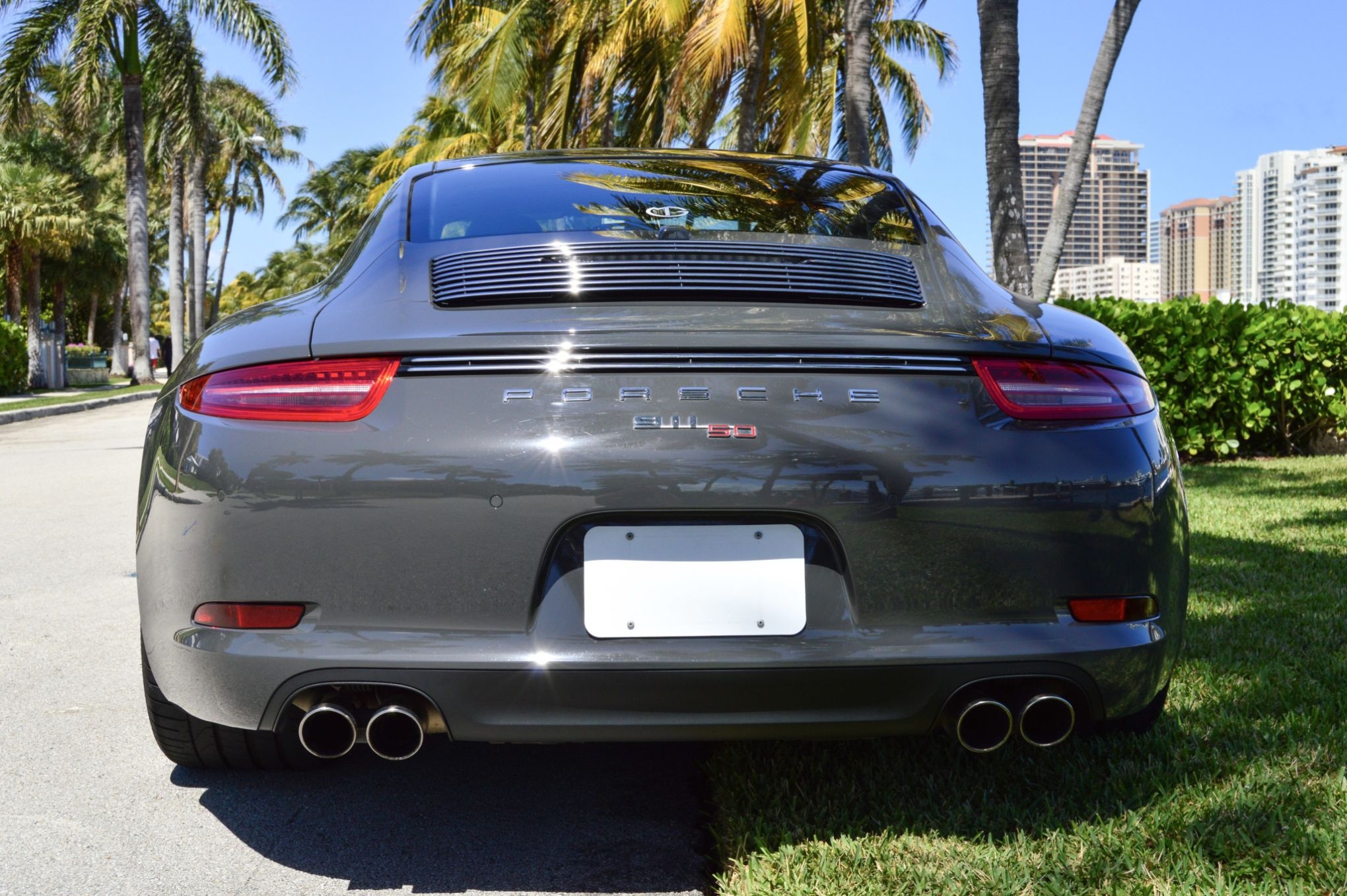 Power comes from a 3.8L flat-six engine that highlights the standard to the 50th Anniversary X51 power package delivering 430 HP and 325 lb-ft of torque through the rear wheels by way of a desirable 7-speed PDK transmission. The X51 package drastically improves performance with an ECU tune, upgraded cylinder heads and cams, as well as a redesigned intake which improves cooling.  The result is a naturally aspirated engine that propels this Carrera to 60 MPH in under 4.0 seconds with a top speed of approximately 186 mph.  This 991 is stated to have just received a full service at The Collection in Miami and is ready to be enjoyed by a new owner. 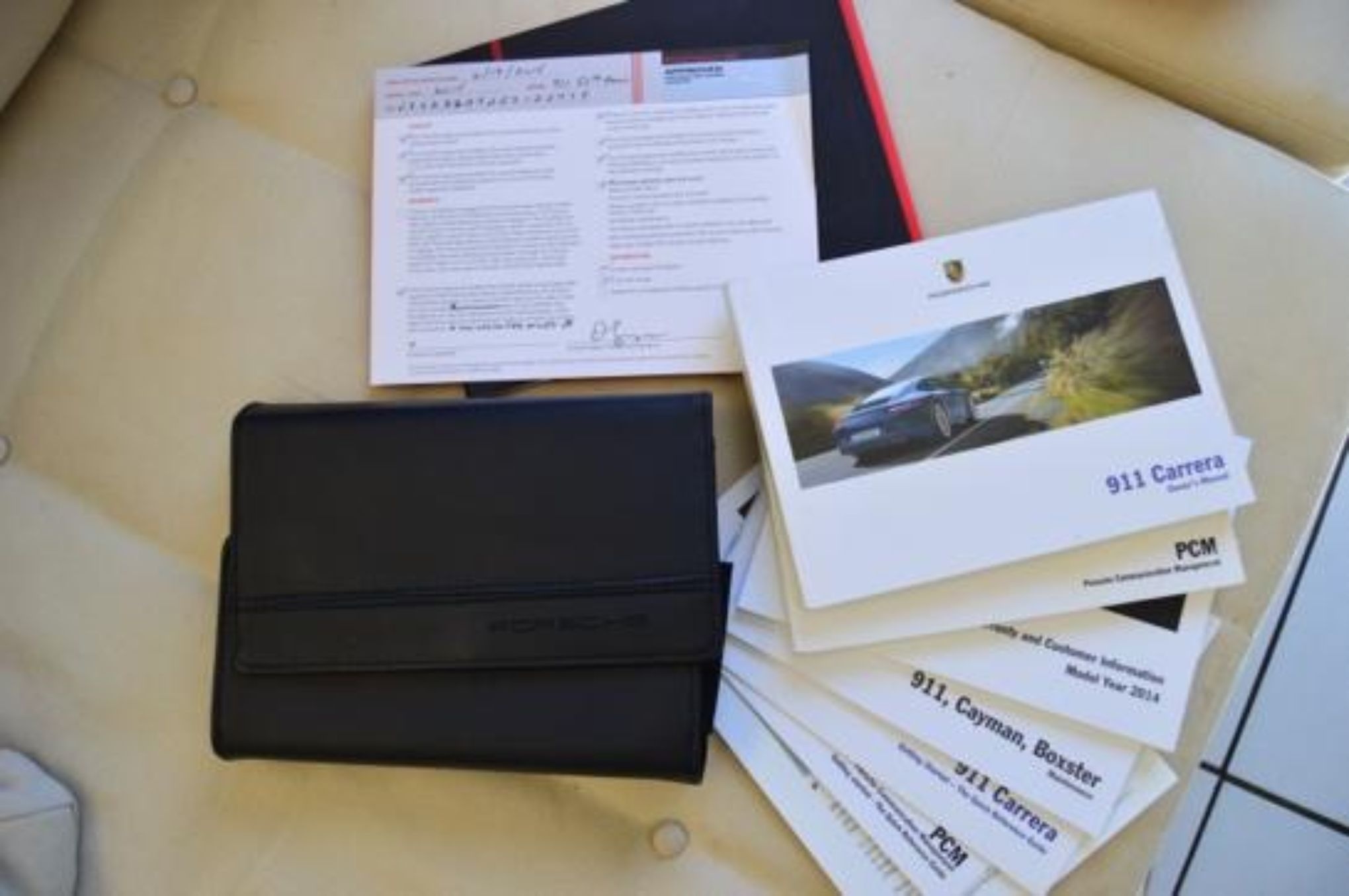