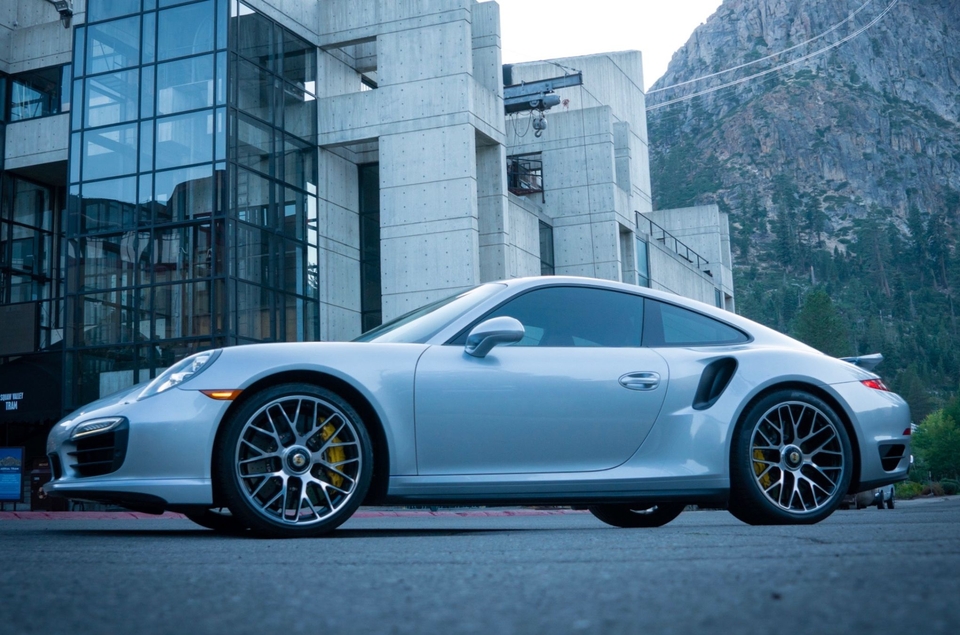 Up for auction is this specially configured 2014 991 Turbo S presented in Rhodium Silver Metallic over a Black and Carrera Red leather interior.  Boasting extensive factory options as well as a +60hp Techart power-kit, this Turbo S certainly has a few tricks up its sleeve.  This outstanding 2014 example shows a clean history and is now being offered for auction displaying approximately 22k miles on the odometer by its seller in California. 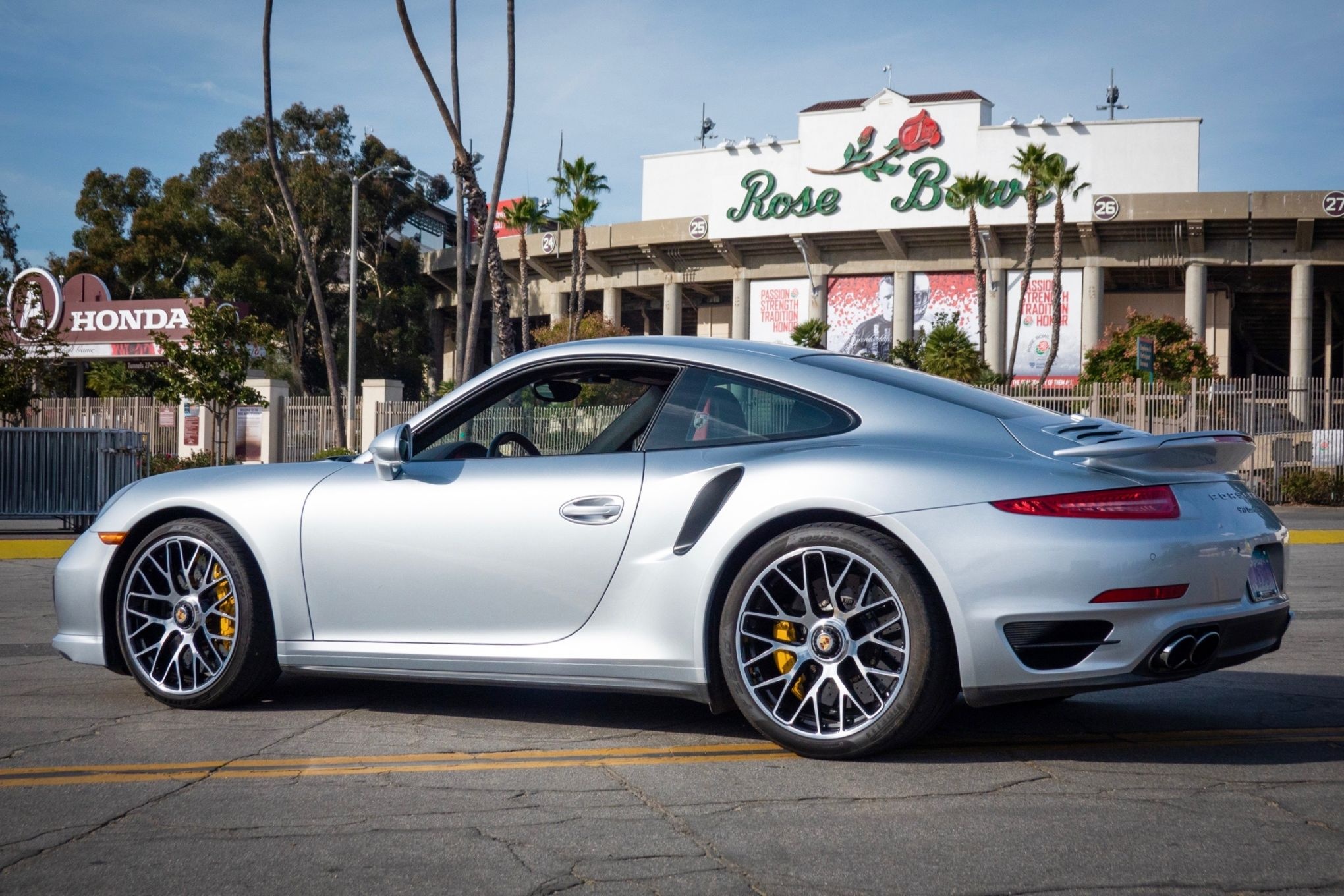 The Rhodium Silver Metallic finish on this Turbo S is stated to be in exceptional condition.   Detailed images of the exterior will be provided in the photo gallery.  The seller notes that this vehicle has been garage-kept, never being exposed to harsh driving conditions or track use.  Exterior features include a factory sunroof delete, chrome Techart exhaust tips, infrared 3M light window tint, and clear paint protection that covers the entire front-end.  This Turbo rides on original center lock wheels which are currently dressed in Pirelli tires. 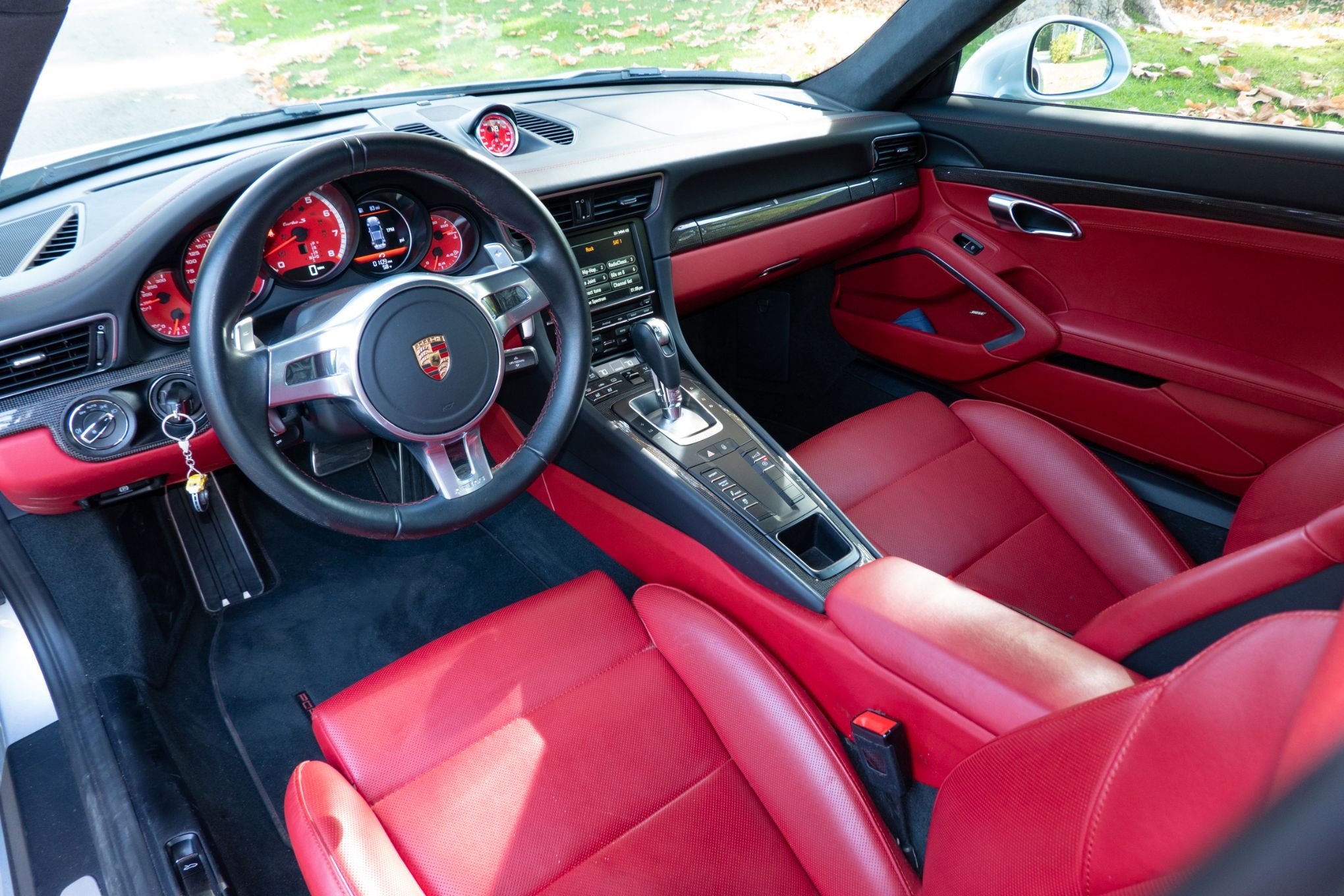 This Turbo S has been tastefully appointed in a two-tone black and Carrera Red leather interior that highlights many desirable features.  A hard wired Valentine 1 radar detector is installed and fully functional along with all other electronics and accessories.  This 991 commanded an original sticker price of over $186k and came outfitted with the following factory options: 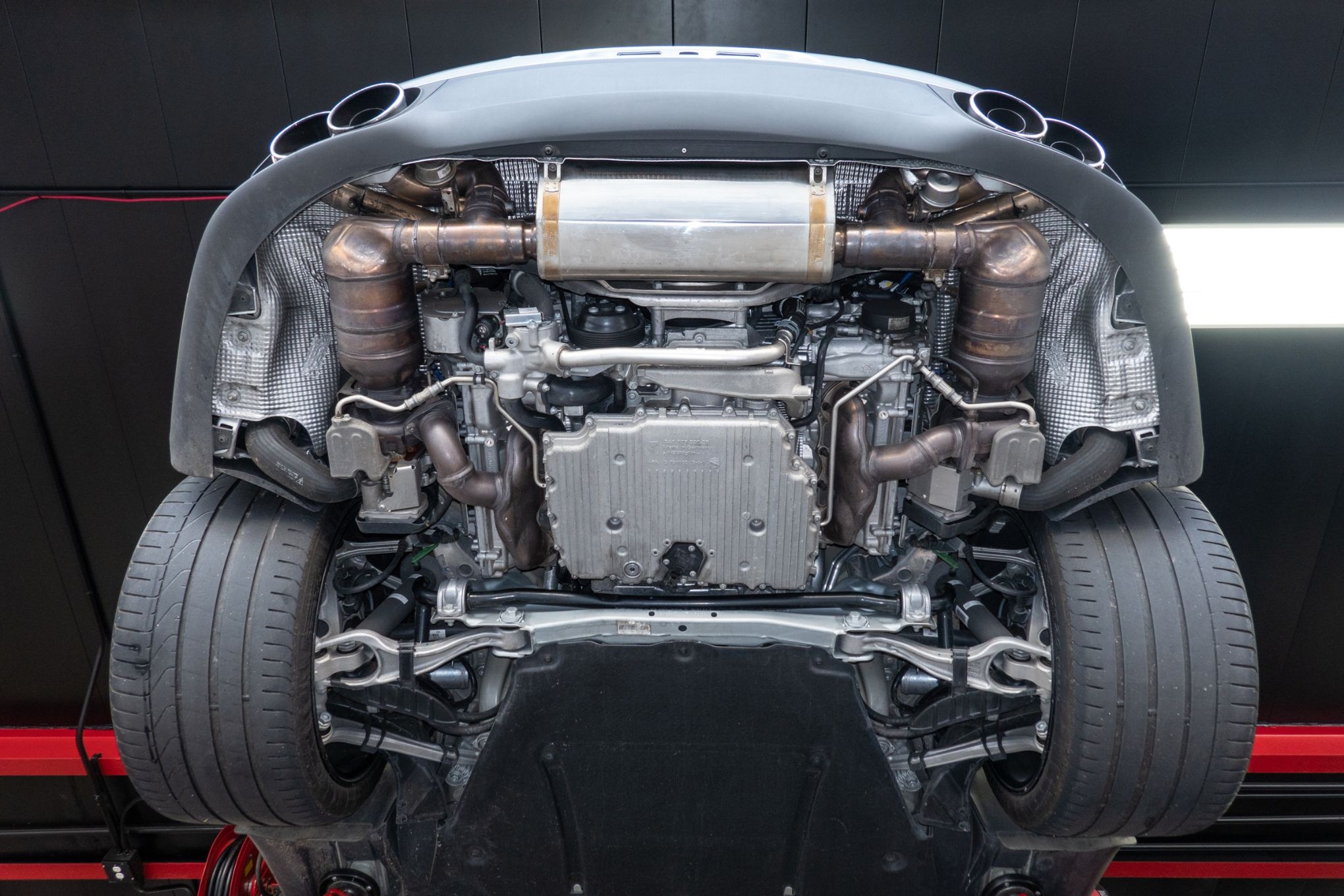 The 991 Turbo S is equipped with an upgraded version of the Turbo’s 3.8L flat-six engine which is said to produce 552 HP from the factory.  This example has been fitted with an upgraded Techart power-kit and valve performance exhaust system resulting in a claimed increase of 60HP making for 620+ HP.  A lightning quick PDK 7-speed transmission distributes this power to all four wheels achieving a 0-60 time of a blistering 2.7 seconds.  With these upgrades, the driver can take full advantage of this car’s brutal acceleration while having the option to enhance the exhaust note with the press of a button.  All Techart upgrades are reported to have been professionally installed by Techart at their facility in Irvine, CA.  Records as well as the seller indicate that this 991 has been kept up-to-date on all due maintenance and the seller confirms that it remains in excellent driving condition. 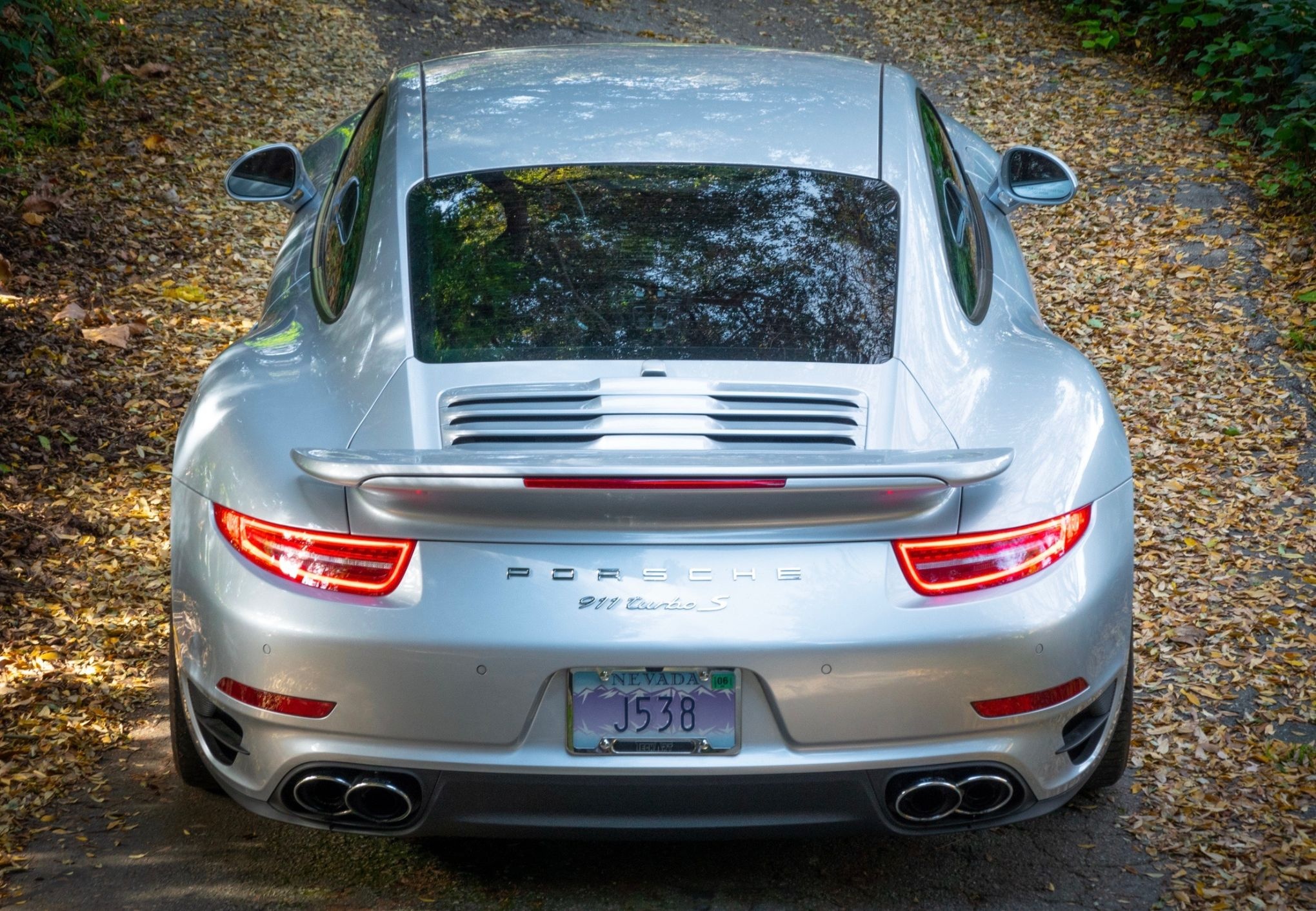 Since its inception in 1975, the 911 Turbo has amassed an unprecedented worldwide following for its linear turbocharged performance, distinctive wide body styling and prestigious status.  Turbo models are among the most sought-after and collectible variants of any Porsche generation. 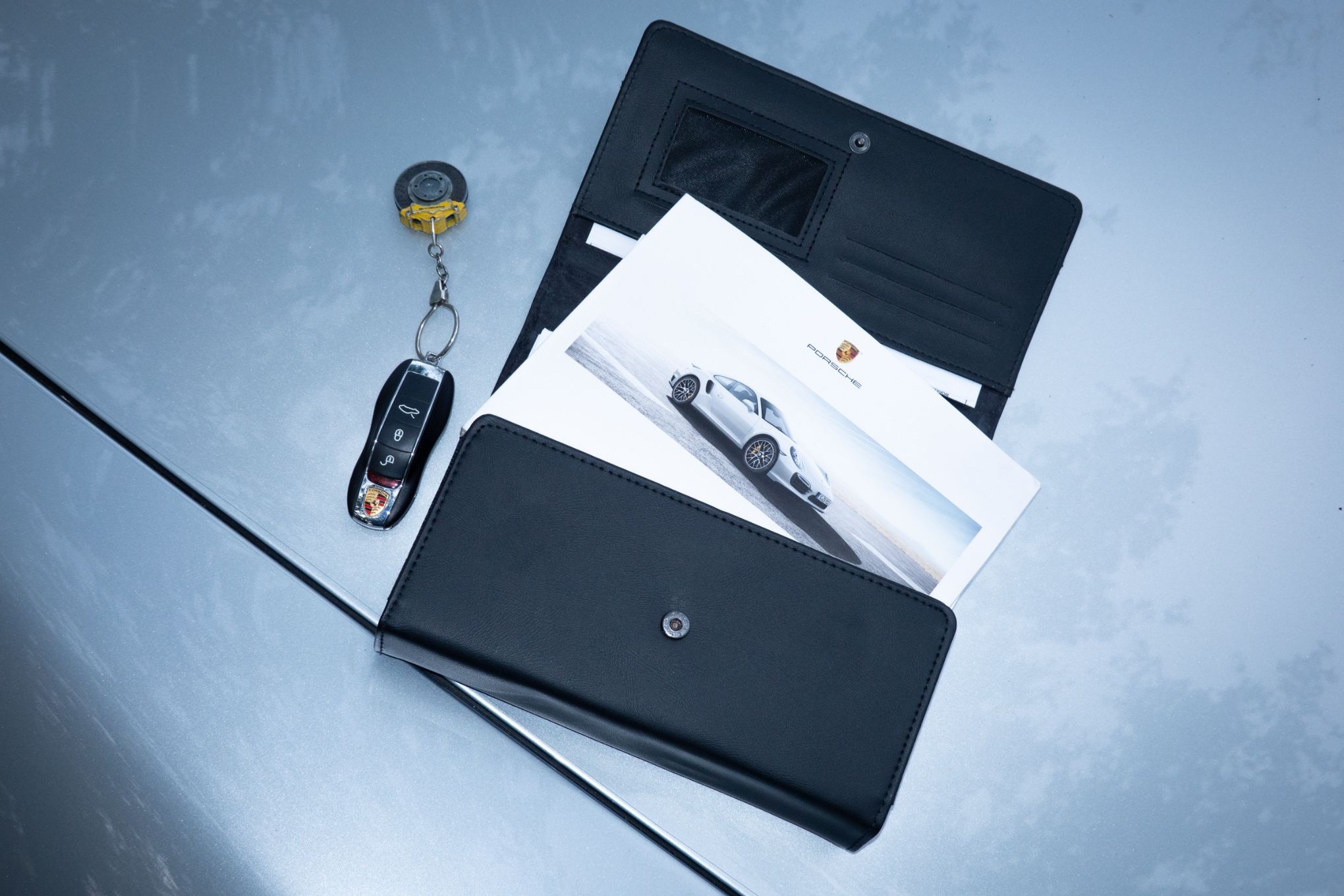 The sale of this incredible Turbo S will include original books and documentation, two sets of keys, a clean Carfax report and a complete service history.  This vehicle is being offered with a clean bill of health and a clear title.