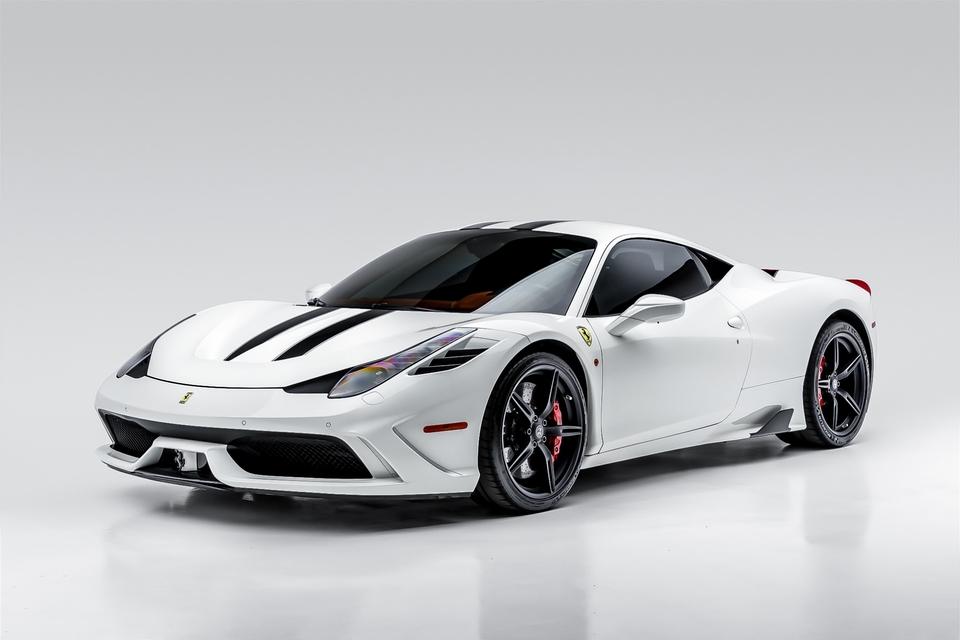 Now available for auction is this 2015 Ferrari 458 Speciale presented in White over a red Alcantara interior with white deviated stitching.  Unveiled in 2013 at the Frankfurt Motor Show as the high-performance variant of the 458 Italia, the Speciale distinguishes itself with an improved aerodynamic design, forged wheels, a lightweight interior, slide-slip control, and revised engine tuning for increased power output.  This beautifully configured 2015 example has been dealer maintained throughout its life with just over 4k miles currently shown on the odometer, and it is now being offered by its seller in California. 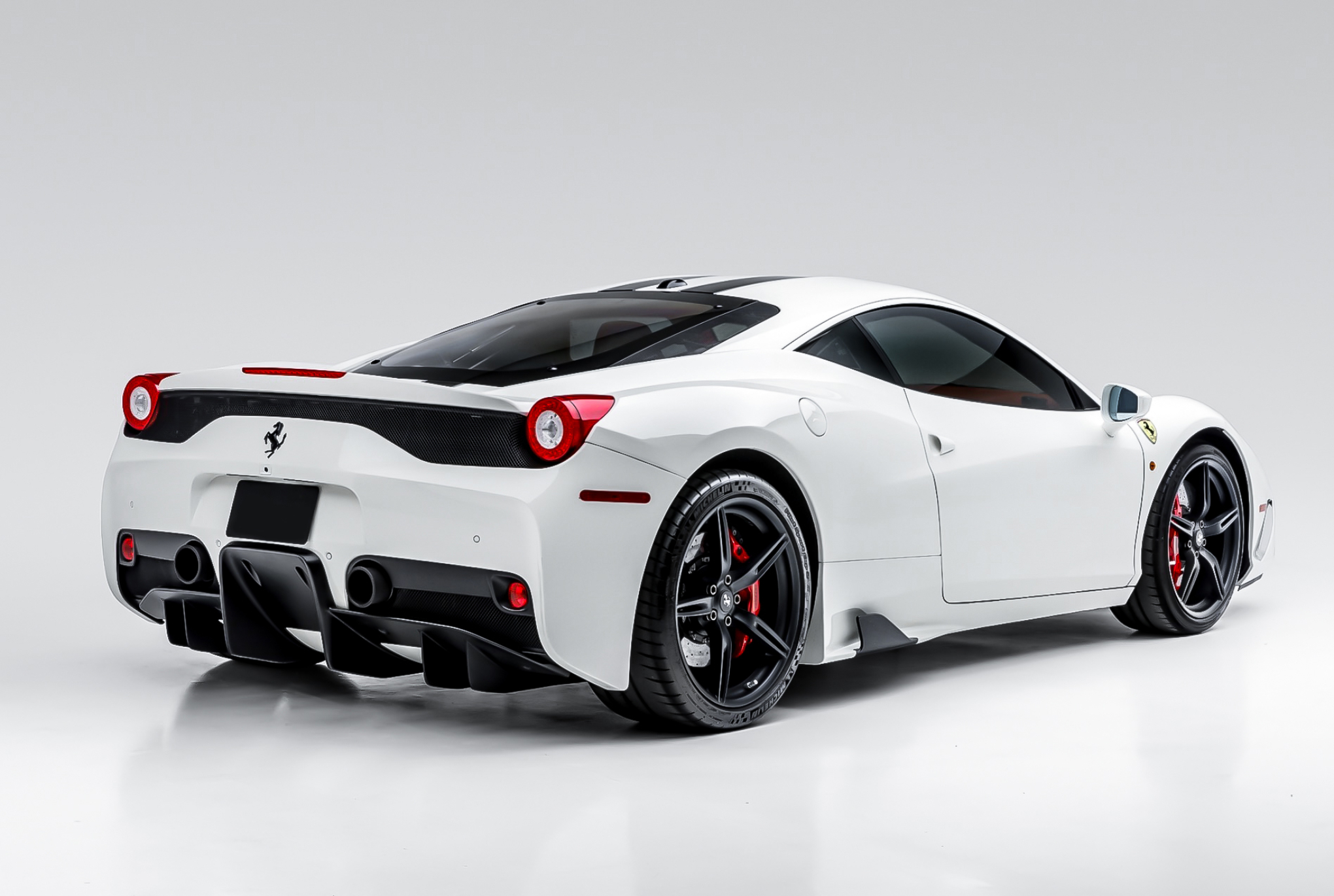 The White exterior finish is complemented by black factory-applied racing stripes down the center of the car optioned at a cost of nearly $12k.  Clear paint protection film has been applied over the entire vehicle, preserving the finish in pristine overall condtition.  Compared with the 458 Italia, the Speciale features a vented front hood, finned side skirts, redesigned bumpers, and a taller rear spoiler.  Noteworthy details listed on the original $354k window sticker include carbon fiber front flaps, air vents, and side nolders, titanium sport pipes, a front suspension lifter, red brake calipers, and 20” forged dark-painted wheels with carbon fiber center crests. 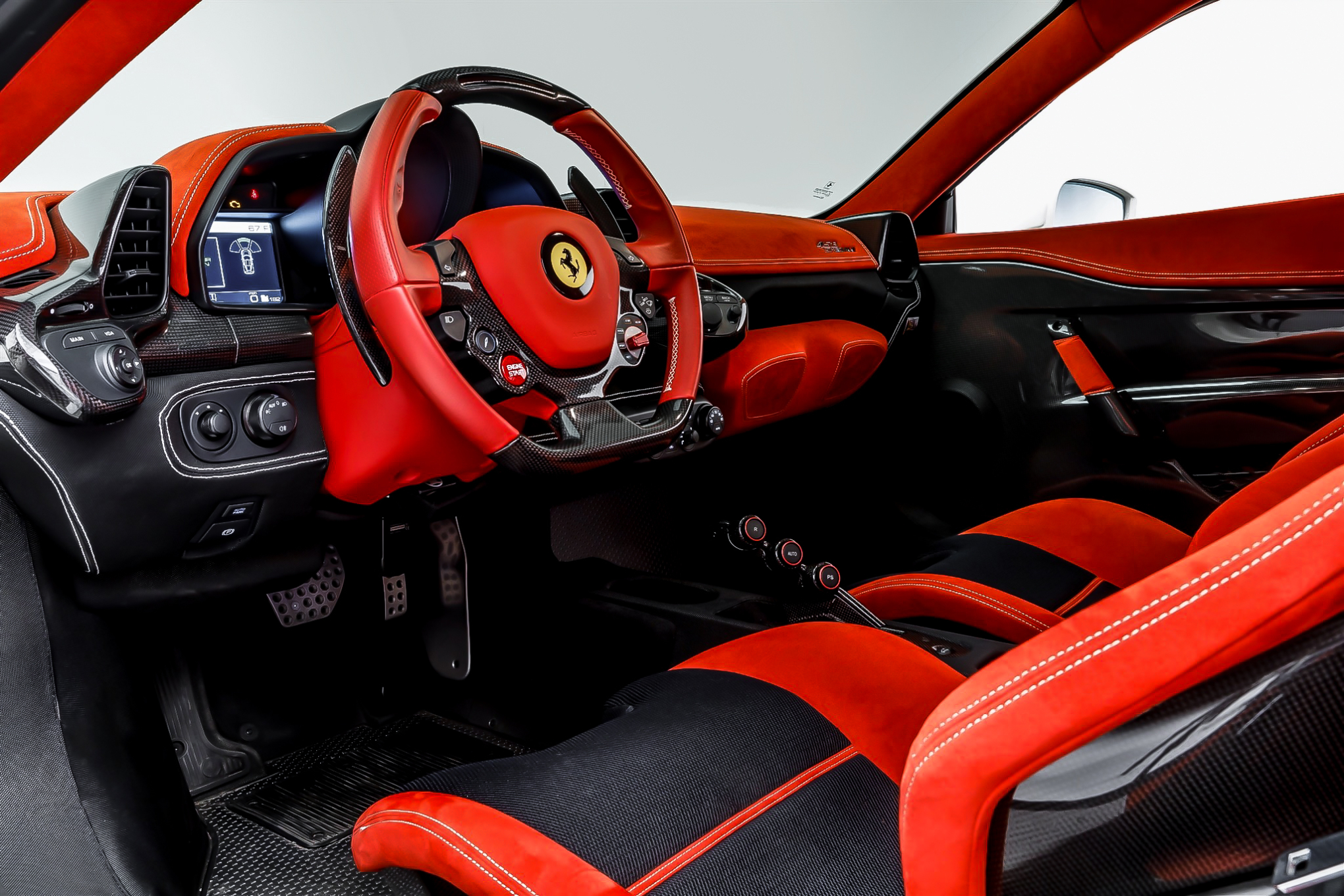 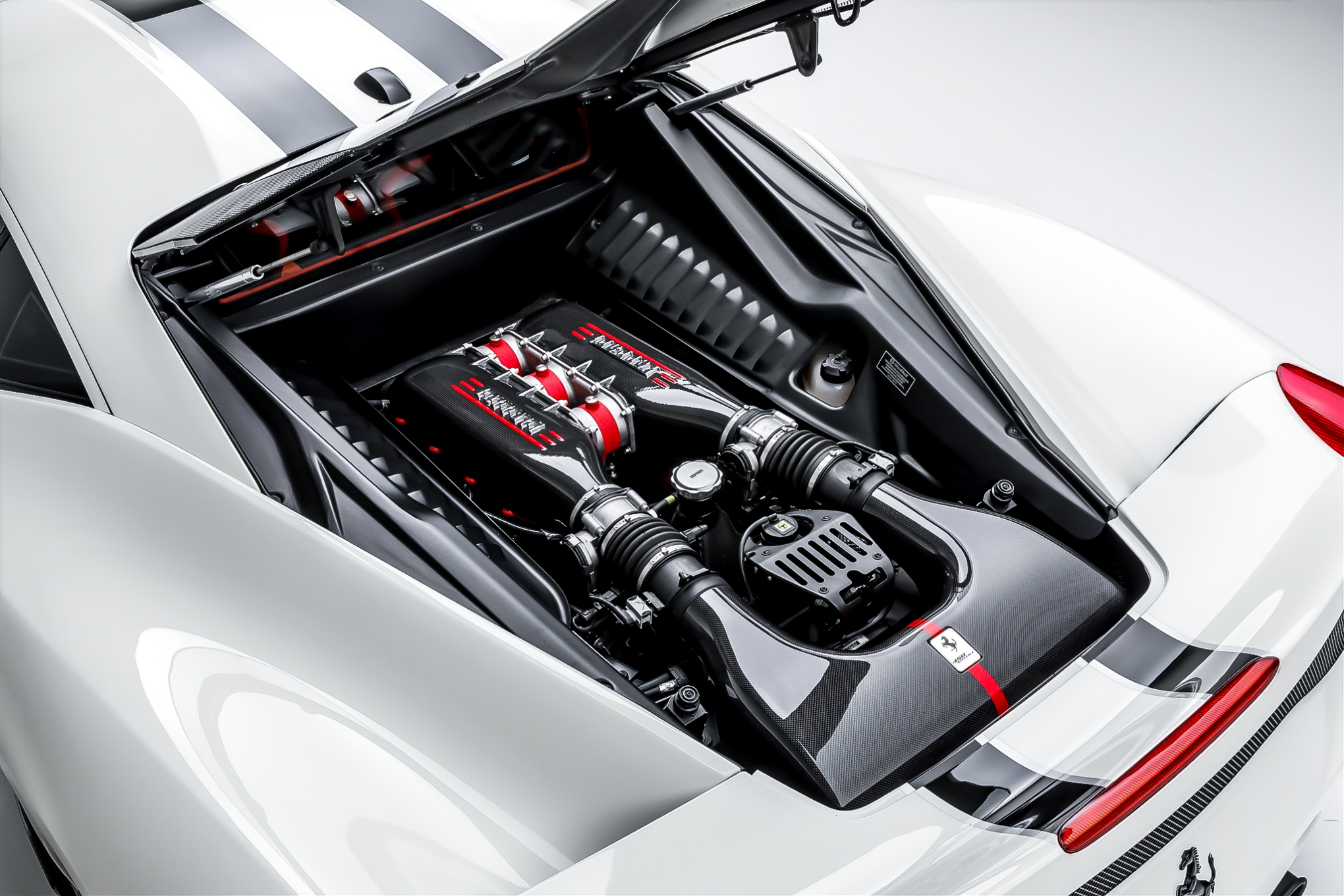 The Speciale shares the naturally aspirated 4.5 L V8 engine with the 458 Italia, but with upgraded internals and tuning for a higher output of 597 HP at its 9,000 RPM red line.   The rear wheels are driven by way of a 7-speed F1 dual-clutch transmission with an electronically controlled rear differential (E-Diff) and traction control (F1-Trac).  With a curb weight of 200lbs. less than the 458 Italia, the Speciale is capable of accelerating from 0-60 time of approximately 2.8 seconds while reaching a top speed of over 200 MPH.  A slide-slip angle control system (SSC) was introduced to improve control of the car along with carbon ceramic brakes for enhanced stopping power.  A clean CARFAX shows regular dealer-performed service and this 458 is said to drive beautifully. 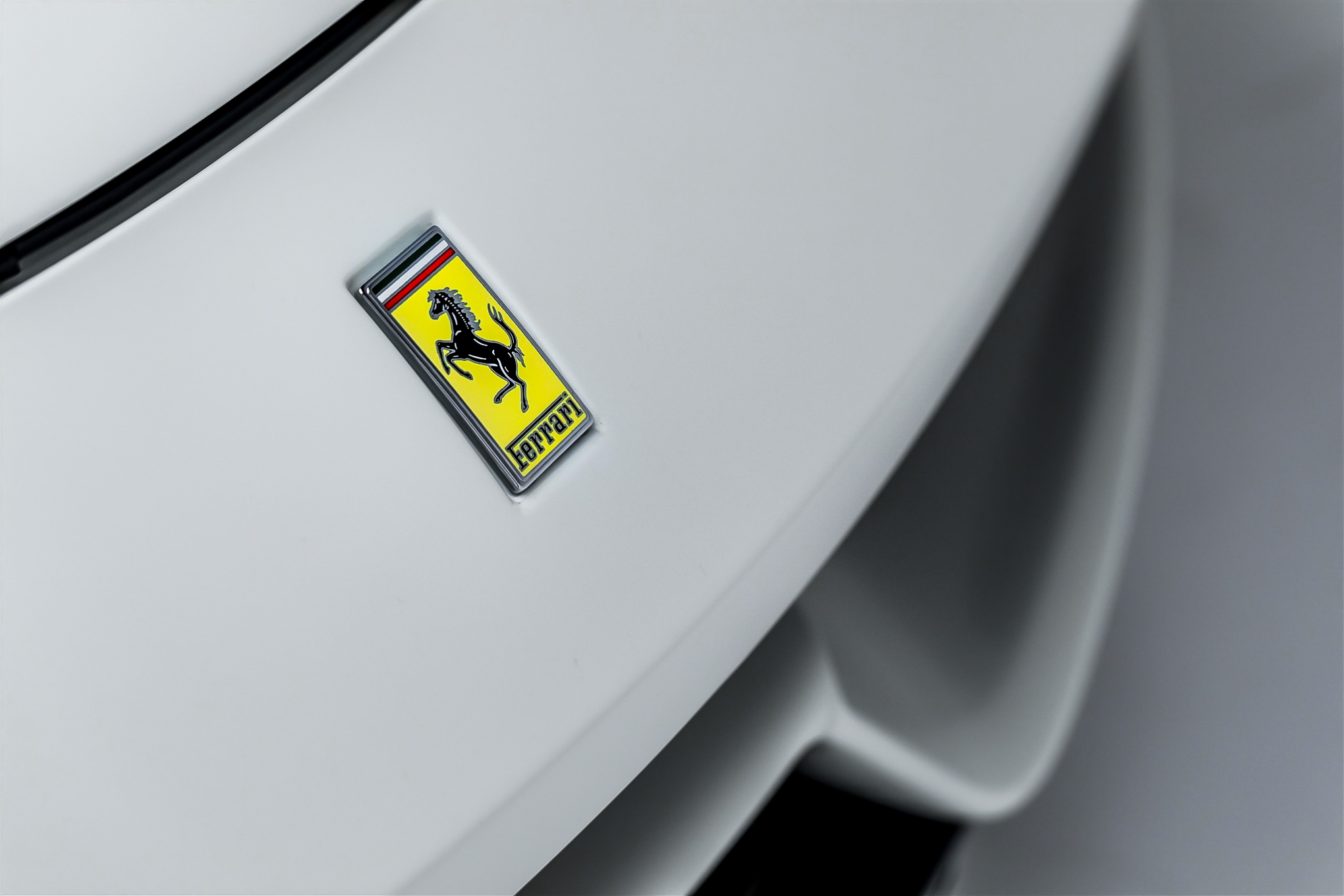 This sale will include a set of 2 keys, owner’s books, a copy of the original window sticker, and a clean title.