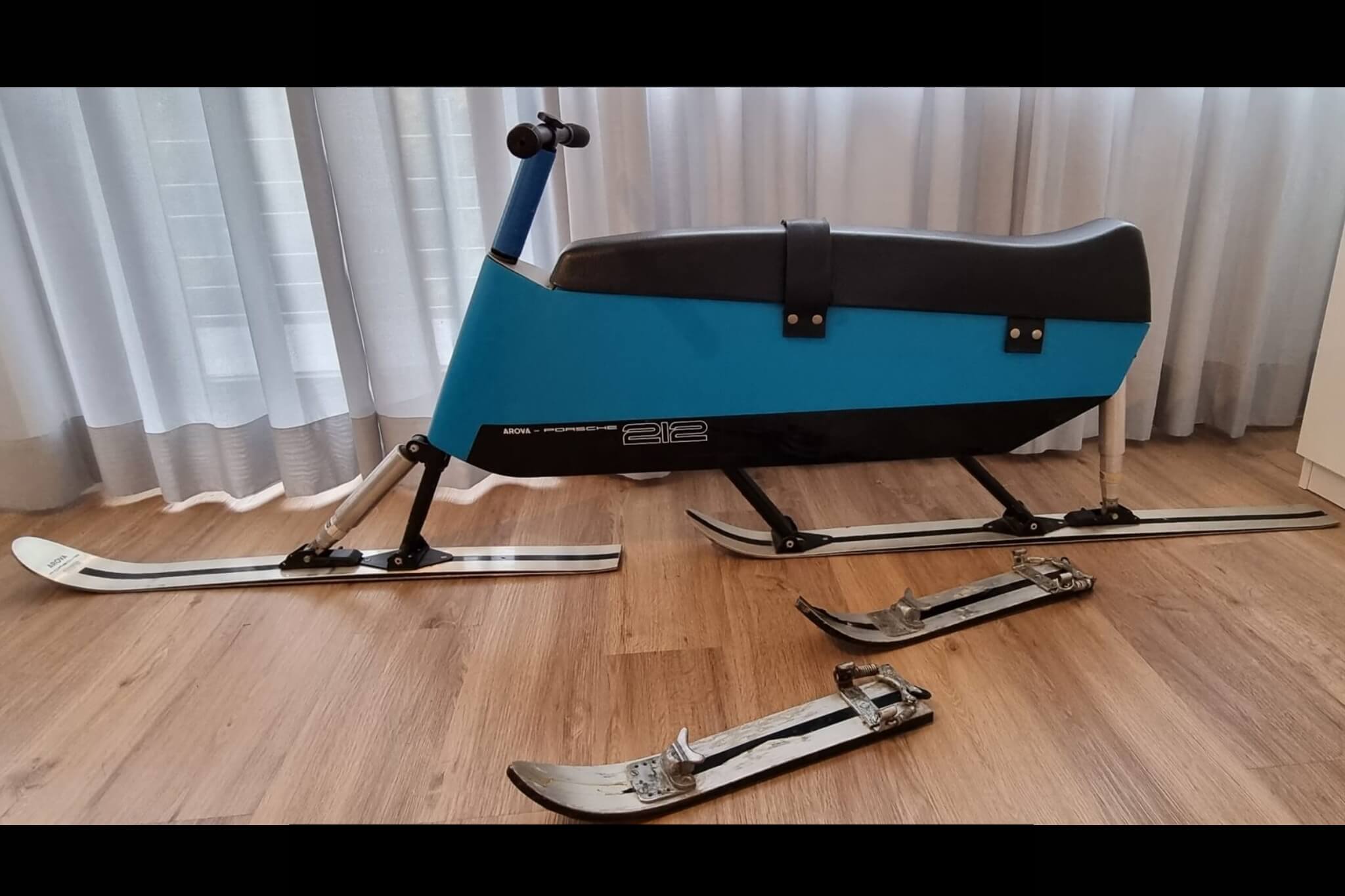 Available for auction is an Arova-Porsche 212 Skibob. In 1970, Skibob manufacturer Arova created the 212 for Porsche and specially designed it to be able to fold down small enough to fit into the 911’s trunk. Skibobs were developed in the late 1960s as a new method of skiing, particularly for those who may be disabled or lack the leg and knee strength required for normal skiing. The name is a contraction of “ski” and “bobsled”. With the design done by Porsche, the 212 featured front and rear shock strut suspension, and seating for two adults. An unusual feature for Skibobs. Porsche designed the 212 with a hollow body that can hold a thermos and a sandwich for a day on the slopes. When folded, the feet, suspension, handlebars, and steering shaft fit neatly into the body, allowing the 212 to fit into the front trunk of a 911.

With a total weight of approximately 30 lbs, the 212 is heavier than most Skibobs due to the body being made from molded polyfoam and aluminum struts with fiberglass feet. This example Skibob is unique in the sense that the attached skis as well as the "feet" are finished in the two tone silver/black more commonly seen on red Skibobs which is more reminiscent of the sixties in terms of design. The two-tone skis are believed to be a lightweight option since they are skinnier than the more commonly seen black skis. These hard-to-find Skibobs rarely find their way to the slopes and now are most often found in the hands of Porsche collectors. With just a few hundred made, it’s not known how many have survived to this day. Don’t miss this opportunity to own a rare and complete Skibob which includes the two-foot skis. The buyer is responsible for shipping, handling, and fees.