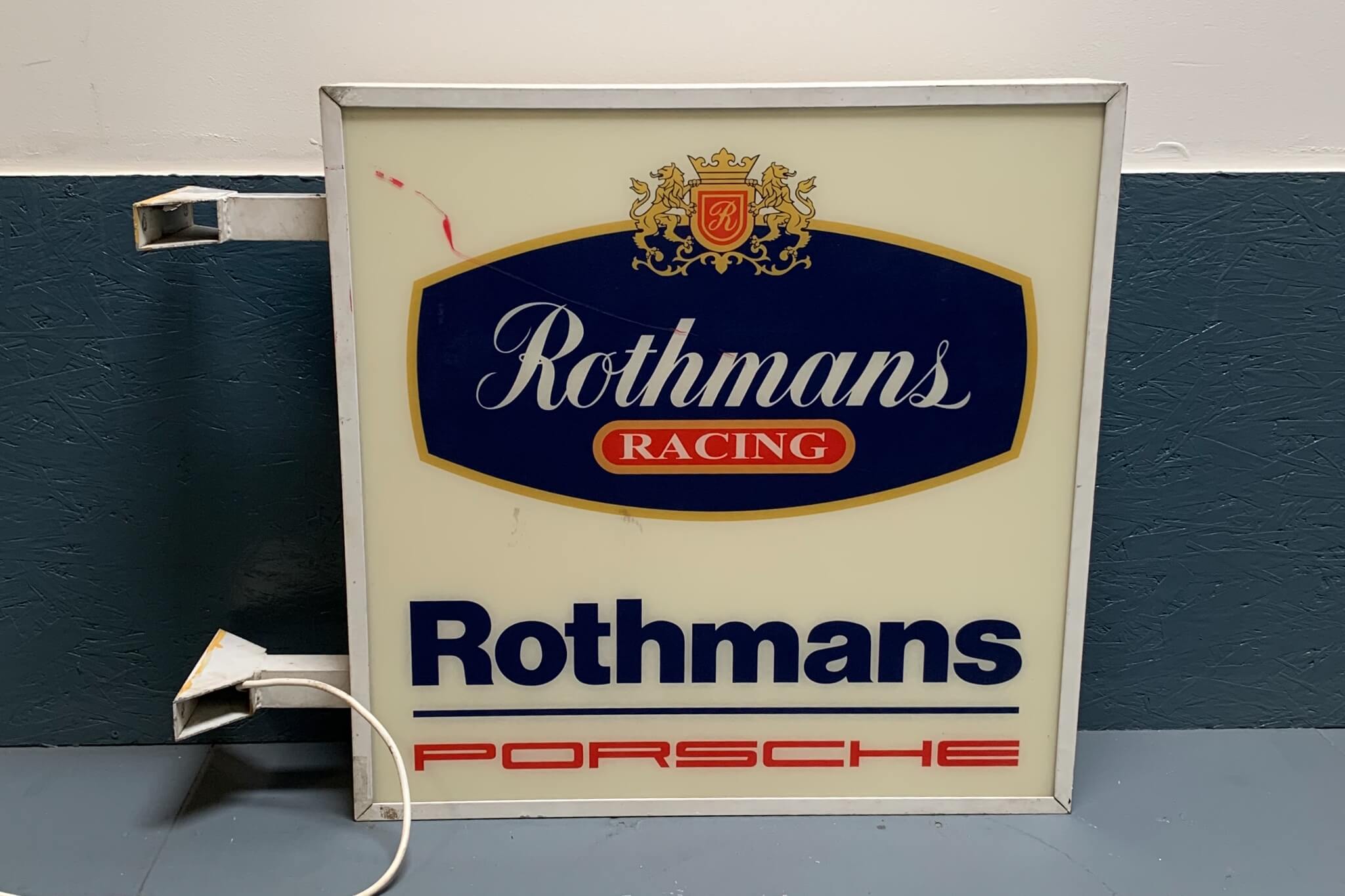 Available for auction is a Porsche Rothmans Racing double-sided illuminated sign. This Rothmans Racing sign measures 43" x 28" x 5", is internally lit, and is currently wired for 220v. The seller states one side of the sign displays damage along the top right of the face. Please view the gallery for an accurate representation. Beginning in 1982, Rothmans Racing an already established name in the automotive world began supporting factory Porsche race teams. This partnership helped catapult the iconic Porsche 956 to a 1-2-3 finish in the 1982 24 Hours of Le Mans. They would go on to win the series three additional times throughout the 80s. Rothmans-Porsche also won the 1985 World Sportscar Championship before the team officially pulled out of the series in 1987. In 1984 Porsche produced the 911 SC RS rally car specifically for Rothmans with the newly formed Prodrive team and David Richards behind the wheel. Continuing the rally domination, Rothmans also sponsored the winning Porsche team at the 1986 Paris-Dakar Rally. Rothmans Racing ceased their involvement with Porsche towards the late 80s. This is a unique piece of Porsche history that will make a great addition to your collection. The buyer is responsible for shipping, handling, and fees.