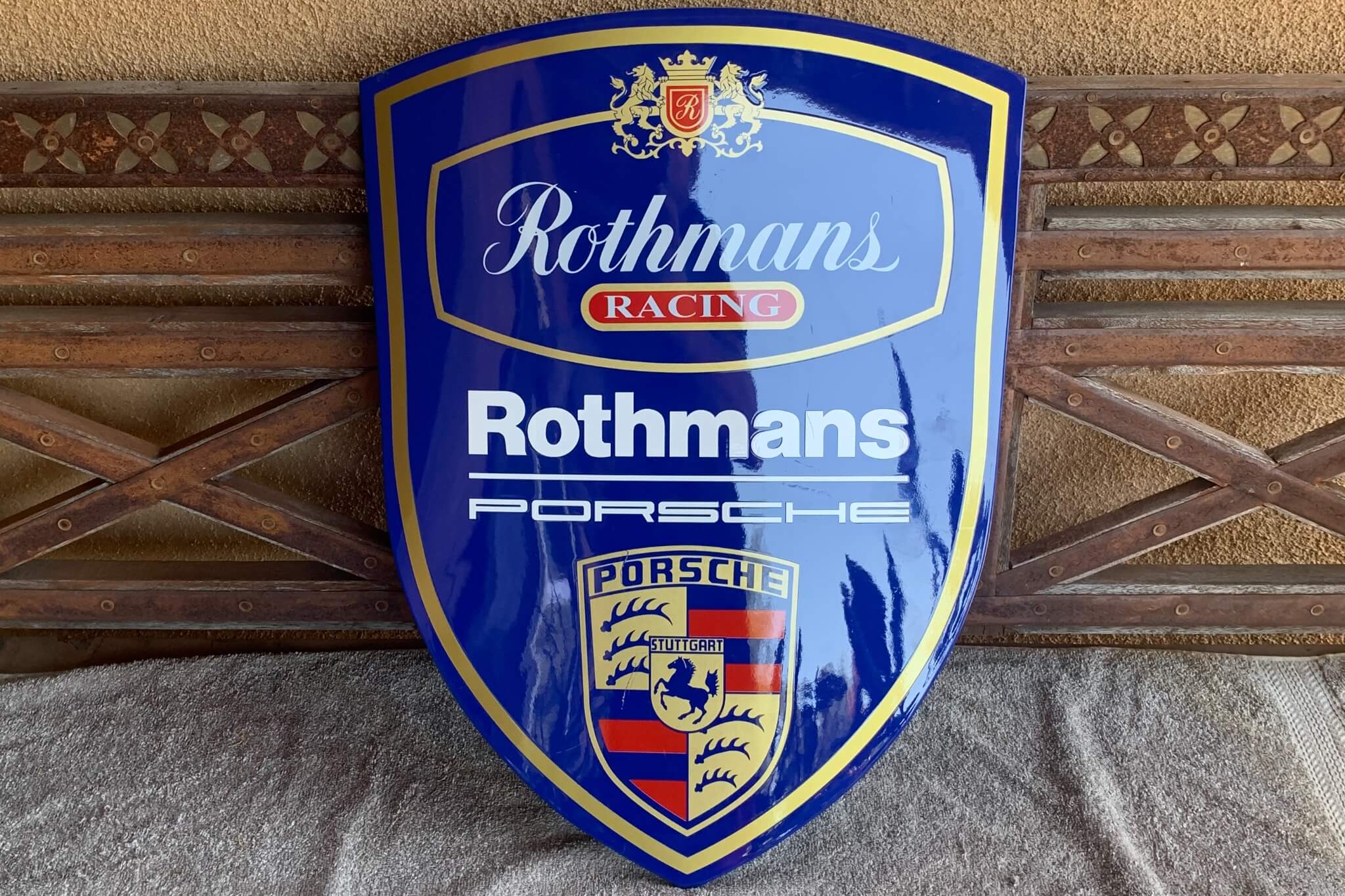 Available for auction is a genuine Rothmans Porsche aluminum crest. This authentic Rothmans Racing piece is constructed from 1/4" thick aluminum with a convex curve, measures 22" x 16", and weighs approximately 8lbs. An official Porsche tag from the Porsche Experience Center in Italy stating "Prodotta per: PORSCHE ITALIA SPA, Corso Stati Uniti, 35,35127 Padova PD PORSCHE." is displayed on the back of the crest. The seller states that the crest is in excellent condition with a near-flawless finish. 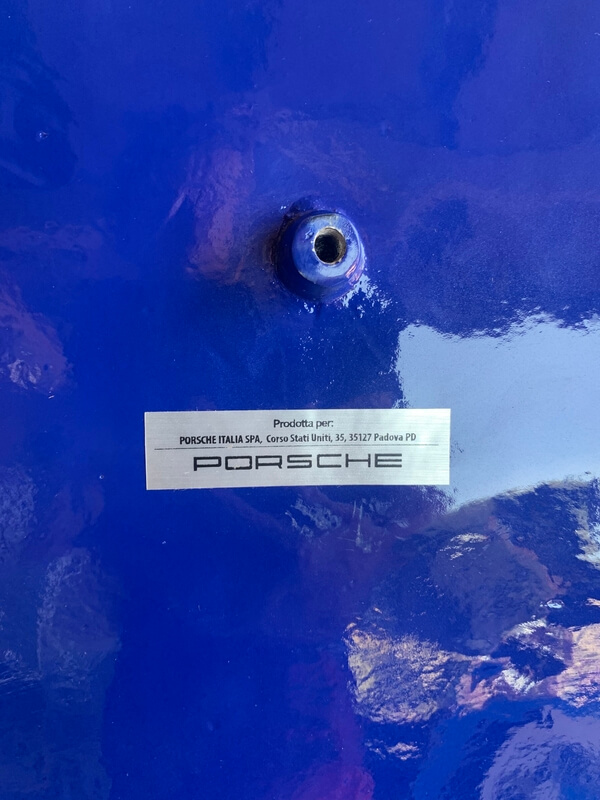