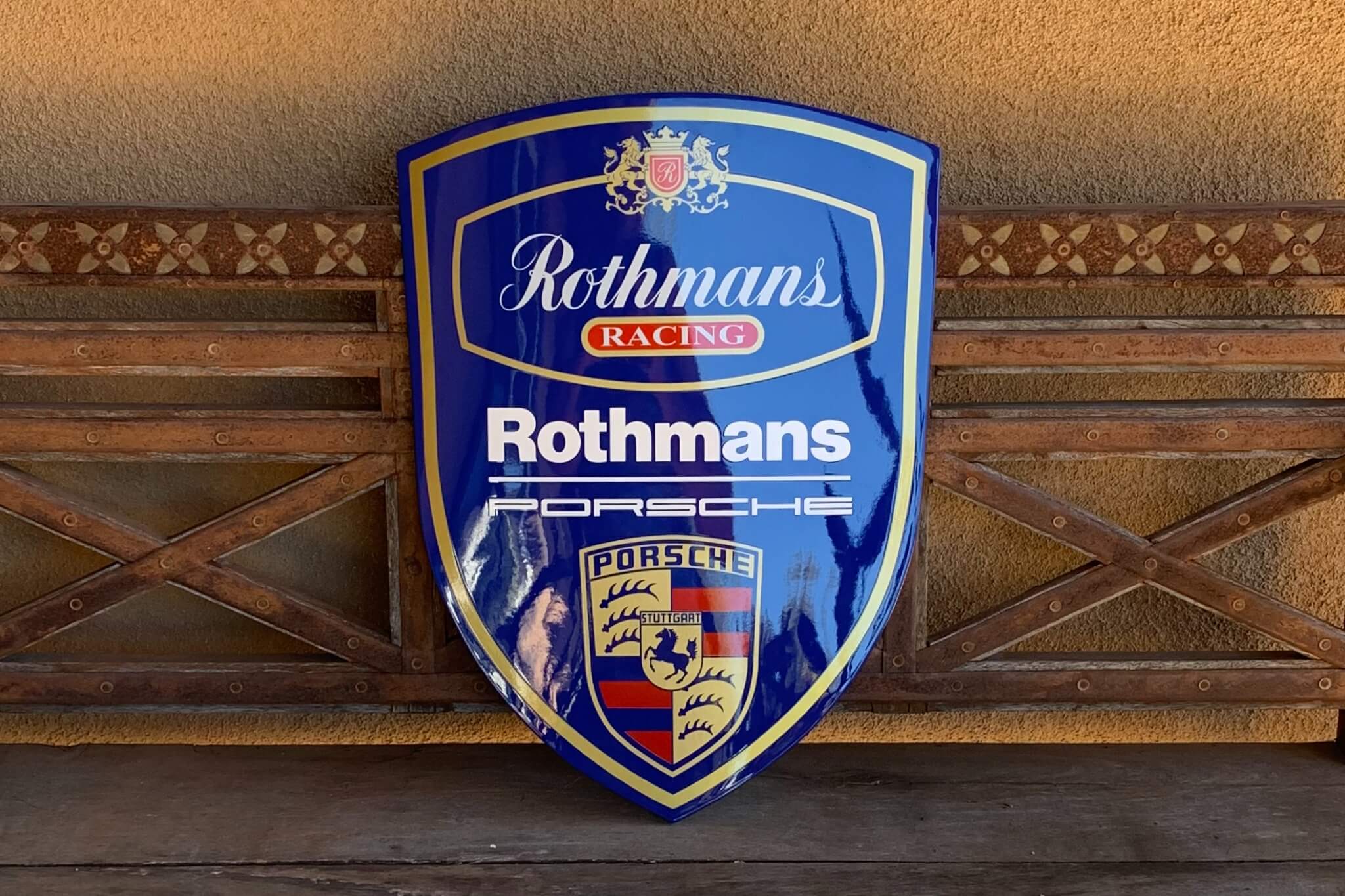 Available for auction is a genuine Rothmans Porsche aluminum crest. The Rothmans Racing piece is made of 1/4" thick aluminum with a convex curve measuring 22" x 16", weighing approximately 8lbs. The back of the crest is adorned with an official Porsche tag from the Porsche Experience Center in Italy that reads "Prodotta per: Porsche ITALIA SPA, Corso Stati Uniti, 35,35127 Padova PD Porsche." 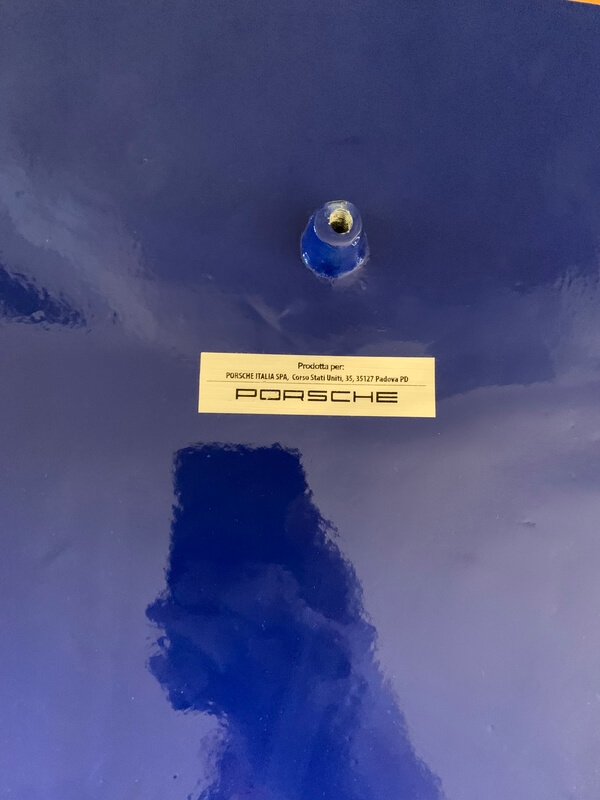 Rothmans Racing began supporting factory Porsche race teams in 1982 when the company was already established in the automotive world. In 1982, they won the 24 Hours of Le Mans 1-2-3 with the iconic Porsche 956. They would win the series three more times throughout the 80s. The team also won the World Sportscar Championship in 1985 before pulling out in 1987. In 1984 Porsche produced the 911 SC RS rally car specifically for Rothmans with the newly formed Prodrive team and David Richards behind the wheel. In addition to retaining its rally dominance, Rothmans sponsored Porsche's winning team at the Paris-Dakar Rally in 1986. Rothmans Racing ceased its involvement with Porsche in the late 1980s.

This Porsche Rothmans sign would make an excellent addition to your garage or collection space. The buyer is responsible for shipping, handling, and fees.