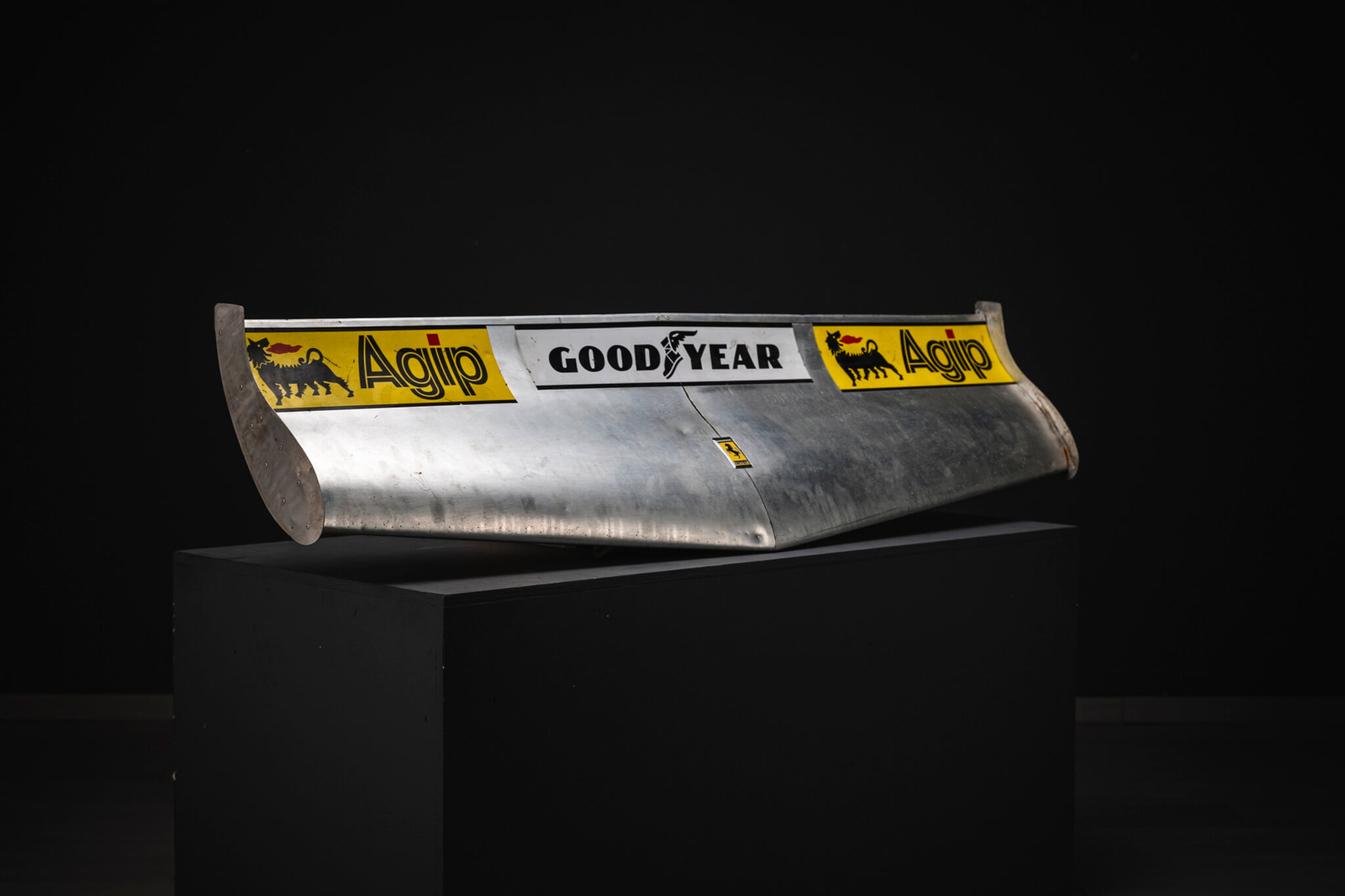 Available for auction is an authentic front wing from a Ferrari 312T Formula One car. The seller states this wing was used for testing purposes on the 1975-1977 312T car. 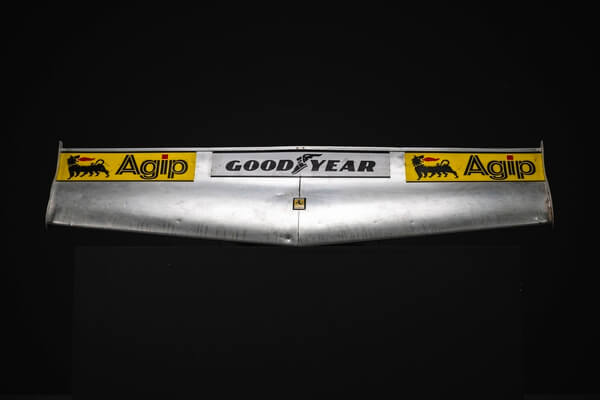 The Ferrari 312T was tested alongside the 312B3 at Fiorano, proving conclusively that the newer car was faster. In the world championship, after the slow start to the season in which Brabham, Tyrrell and McLaren put up strong competition, Niki Lauda won 4 out of 5 races mid-season before snatching the title at Monza by finishing third, whilst Clay Regazzoni's win in that race secured Ferrari its first Constructors' Championship since 1964. Lauda went on to win the US Grand Prix at season's end, confirming Ferrari's superiority in 1975. 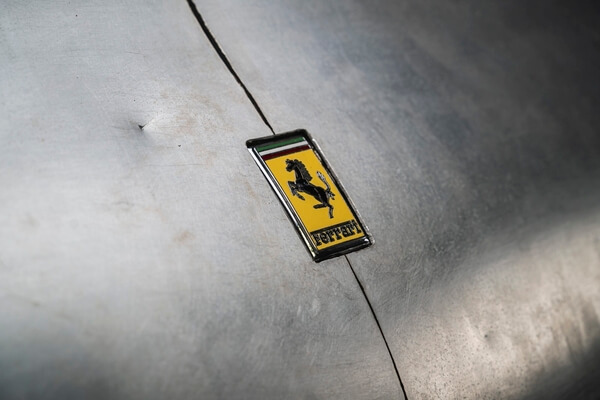 Whether you're a Ferrari aficionado or an enthusiast of vintage automobilia, this authentic Ferrari Sales and Service sign would make an excellent addition to your garage or collection space. The buyer is responsible for shipping, handling, and fees.