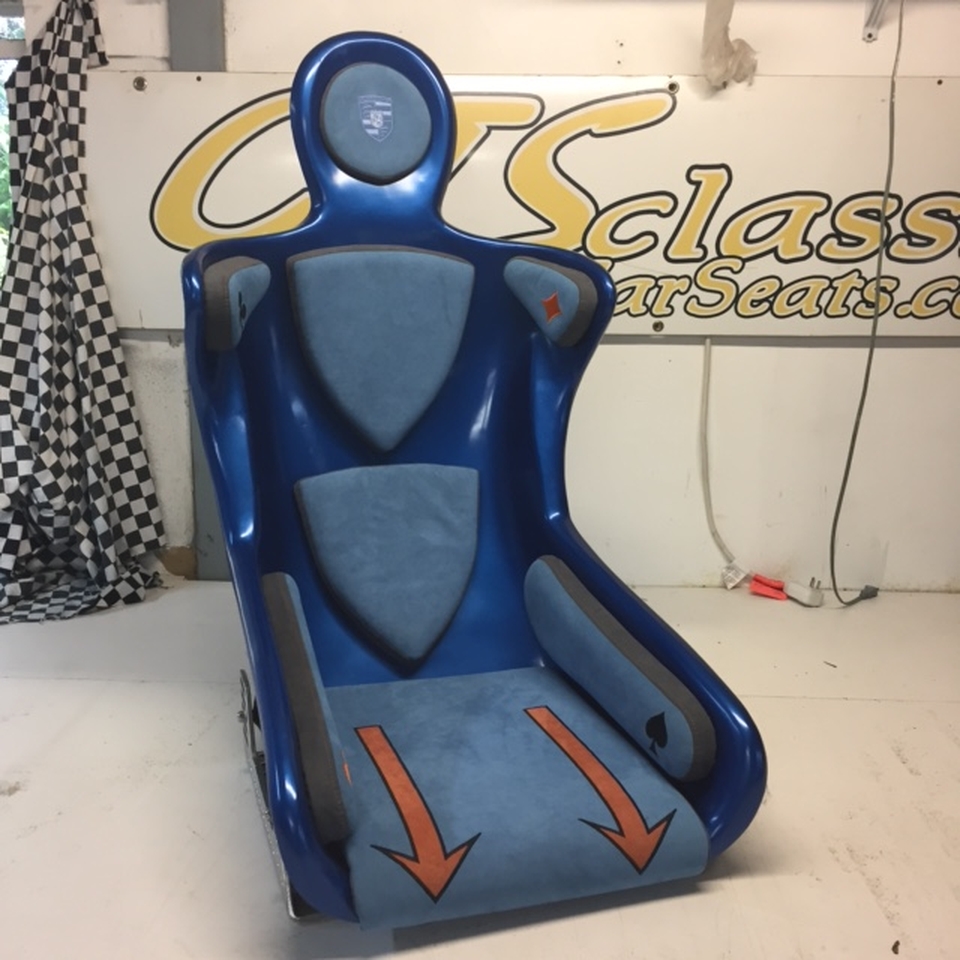 Available for auction is a brand-new GTS Classics Lollipop seat replicating the design of the seat used in the Lapine Porsche 908 race car. Anatole Carl "Tony" Lapine was an automotive designer and racing driver. Lapine worked his time as chief designer at Porsche and oversaw development of the front-engine, water-cooled 928, 924 and 944 that began to appear in the mid to late 1970s, as well as two revisions to the Porsche 911. Lapine was responsible for the design of the body for the Porsche 917 PA Spyder and also created several memorable paint treatments for some of Porsche's racing cars. For the 1970 24 Hours of Lemans, Lapine treated Porsche 917-043 to a bright, flowing, "psychedelic" paint job that earned the car the nickname of the "Hippie" Porsche. For the trio of 908/3 cars fielded alongside the 917s at the 1971 Targa Florio, Lapine used sponsor Gulf Oil's traditional colors; a sky-blue body and orange stripes, but changed the standard stripes into arrows, and added playing card suit symbols on the right front corner of each car. Designed to replicate the Lapine designed 908 featuring the stripes and playing suit symbols seen on the race car, this Lollipop seat was used by GTS Classics as their exhibition display model and was never mounted in a vehicle. Buyer is responsible for shipping, handling, and fees.