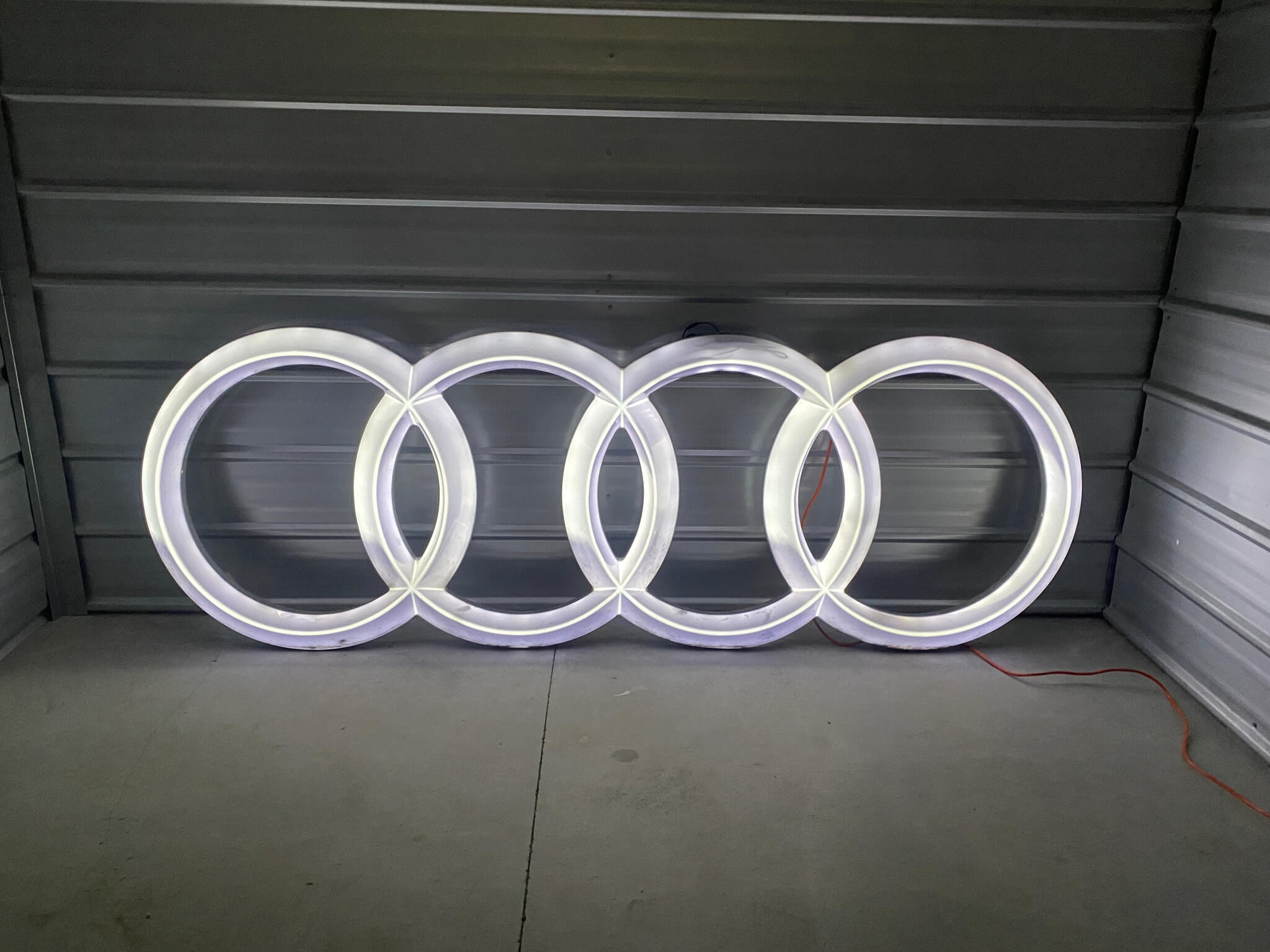 Available for auction is an illuminated Audi dealership sign. This incredible illuminated sign measures 8' wide and approximately 30" tall. According to the seller, the sign is free of any damage or cracks and is fully functional. The sign utilizes LED illumination and is powered by a standard 110v plug. 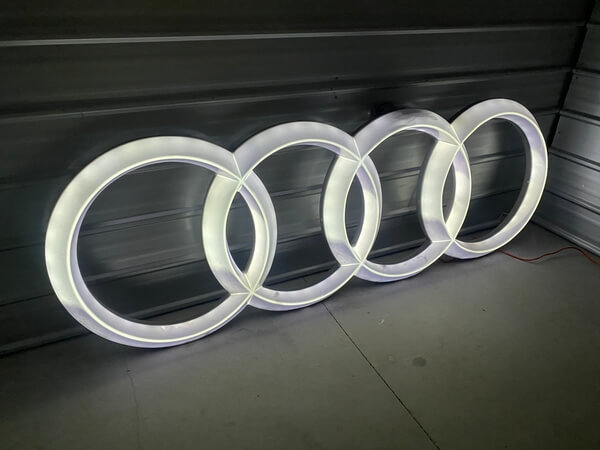 Audis logo of the four interlocked rings represents the four different automakers that merged in 1932 to create what was then called the Auto Union. The oldest manufacturer; Horch was founded in 1899 by German engineer August Horch. Shortly after, Mr. Horch left the company to form the second company in the merger, Audi. The third company to join the lineup was Wanderer, a bicycle, motorcycle, automobile, and machinery manufacturer which was founded in 1911. The last ring to latch on was a steam-engine manufacturer by the name of DKW. Auto Union faced struggles in the mid-1950s and was purchased by Daimler-Benz. Auto Union was eventually sold to Volkswagen in 1964 after finding themselves encountering financial troubles. It was under Volkswagen ownership that Auto Union began selling cars under the sole name of Audi. Throughout the years, the Audi name developed into what is known today as Audi AG. 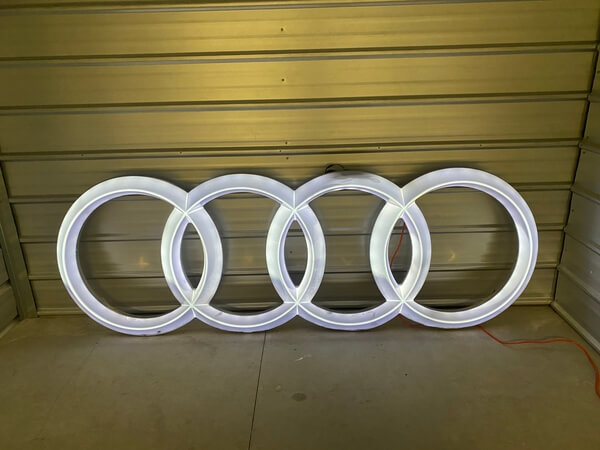 Don't miss your opportunity to own a rare piece of Audi dealership advertisement. The seller notes that delivery can be arranged on the East Coast of the USA quite easily because of his travel schedule, but please check with me prior to the close of the auction. The buyer is responsible for shipping, handling, and fees.