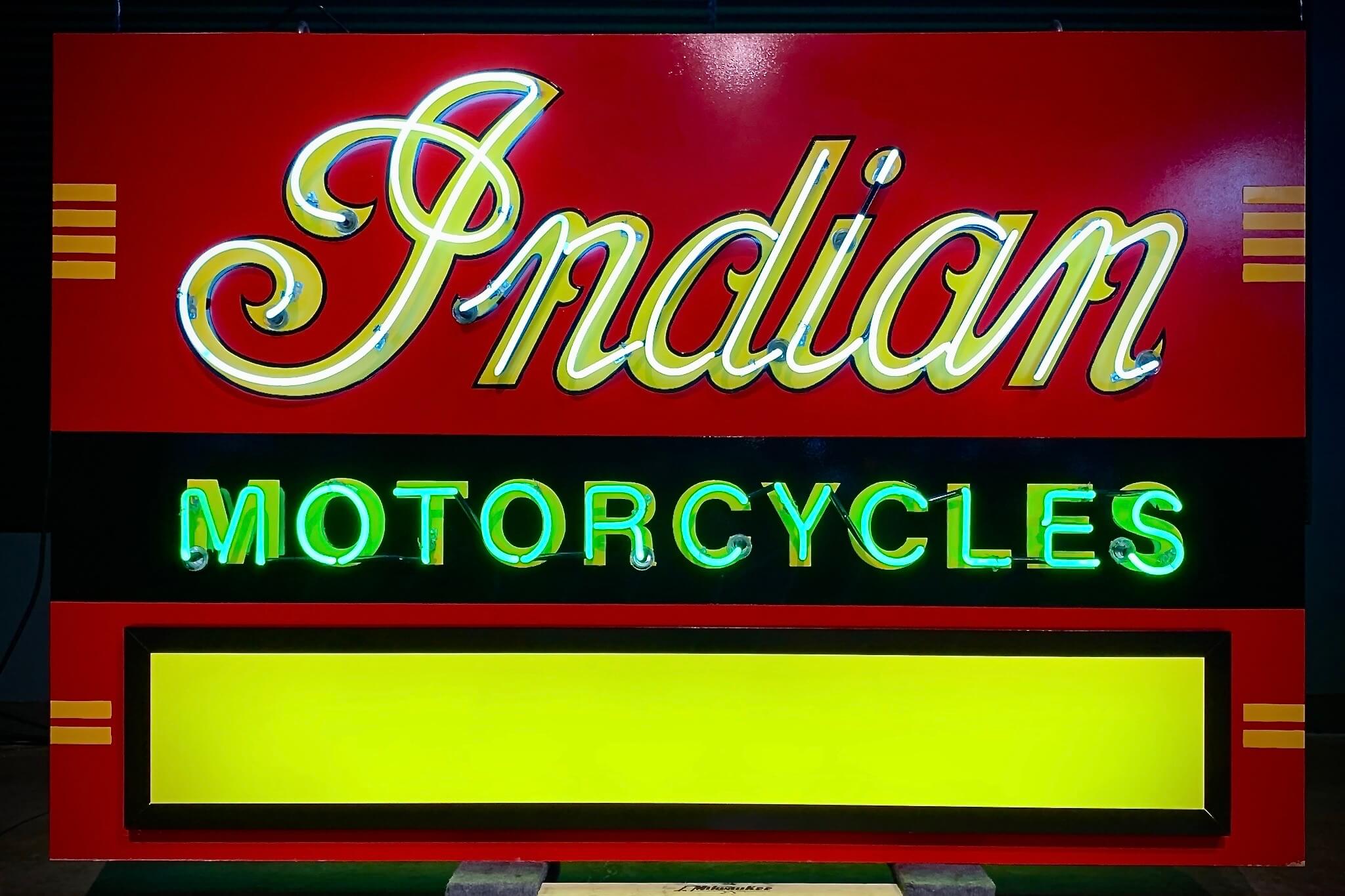 This incredible masterpiece was commissioned by its owner approximately 8 years ago and produced to the near specs of the original from the 1930s.  You’ll notice a yellow backlit plexiglass panel on both sides.  That would be where the actual dealership name was displayed back in the day.  The new owner can easily personalize it, to make it even more special.

This is not just a nice addition to any motorcycle or sign collection. It’s a stunning piece representing one of the most iconic American motorcycle brands in history.

George M. Hendee founded his bicycle production company and called it the Hendee Manufacturing Company. One of the brand-name bicycles was called the American Indian, which was eventually shortened to be called “Indian” and was declared Hendee’s primary brand name. In 1902, the first motorcycle under the Indian name, which featured a chain drive and single-cylinder engine, was sold to a retail customer. That year, Indian had its racing debut, where it won an endurance race from Boston to New York City. A soon-to-be award-winning history of racing was established. While the first bikes were only available in Royal Blue or black paint, Indian unveiled their soon-be-released color option that would become a staple for the brand: Indian Red.

Winning bidder is responsible for shipping, handling, and fees.