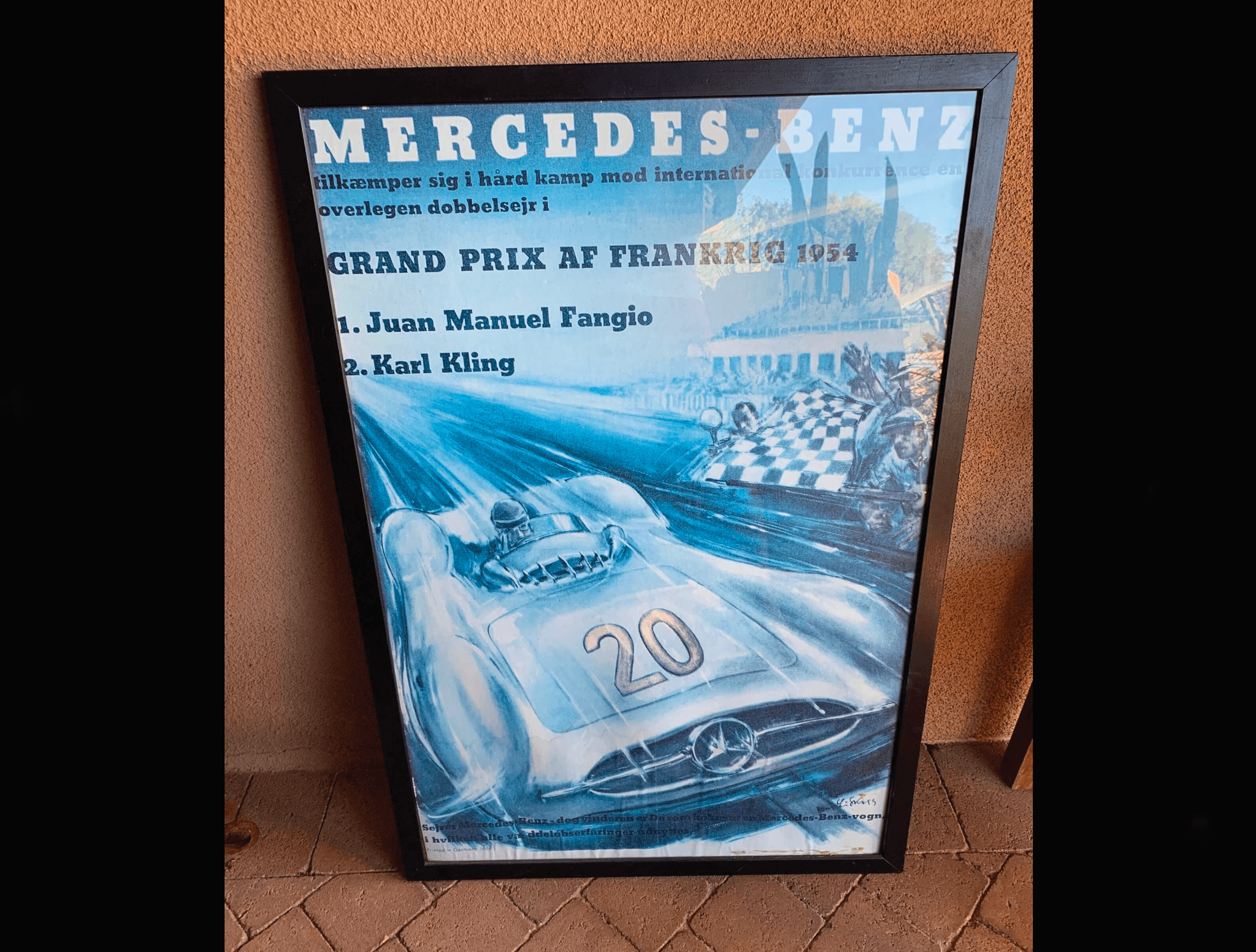 Available for auction is a vintage Grand Prix 1954 Frankrig race poster, featuring winner Juan Fangio, and Mercedes Benz. The seller states this authentic framed poster measures 24" x 41", was acquired out of a vintage automobilia collection in Southern California, and is in excellent condition.

Hans Liska was born on November 19th, 1907, in Vienna, Austria. After graduating from business school and working as an accountant, he went to the University of Applied Arts in Vienna. He came to the decision to become a graphic artist after an American charity gave him drawing supplies. Eventually, he got his big breakthrough when the world-famous Berliner Illustrierte published one of Liska’s drawings in the New Year’s edition 1932/1933. Always drawing, he experienced firsthand important historical events including World War II, the Olympic Games, the royal funeral in London and Windsor, and car races in the USA. With a pen and a pencil, he was able to capture what the camera angles couldn’t. In the economically rising post-war years, Liska moved to Franconia in southern Germany where he principally worked in advertising for the automobile industry, mainly with Daimler-Benz for nine years. 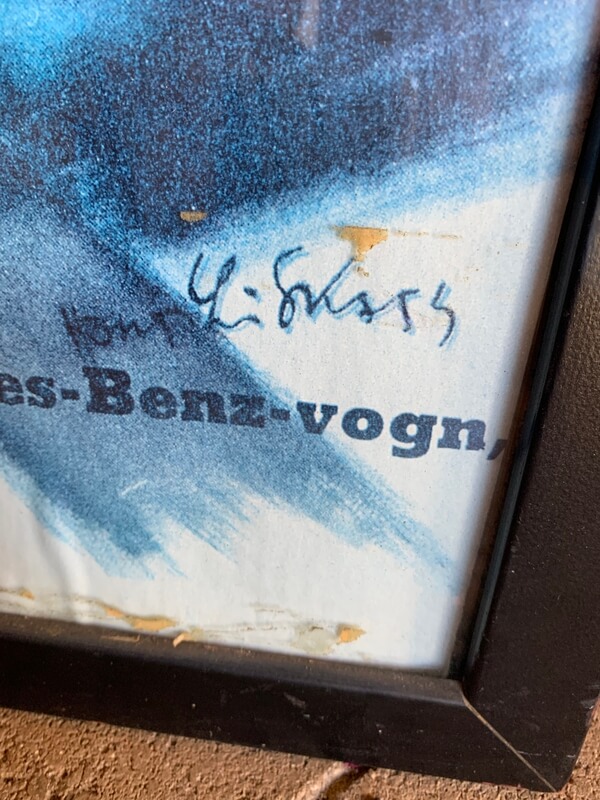 The 1954 French Grand Prix Liska captured was a Formula One race held at Reims on July 4th, 1954. It was race 4 of 9 in the 1954 World Championship of Drivers. The 61-lap race saw a Mercedes 1-2 win with driver Juan Manuel Fangio finishing first after he started from pole position accompanied by his teammate Karl Kling finishing second. The long-awaited Mercedes W196 with its straight-8 fuel-injection engine made its debut with Argentinian driver Juan Manuel Fangio transferring from Maserati to join an otherwise all-German line-up. It was a dominant return with Fangio recording a practice lap of 124.31 mph. He and Kling led away and continued to race side by side dueling until the last lap when team orders were put in force and Fangio led Kling over the line by a mere 0.1 second. 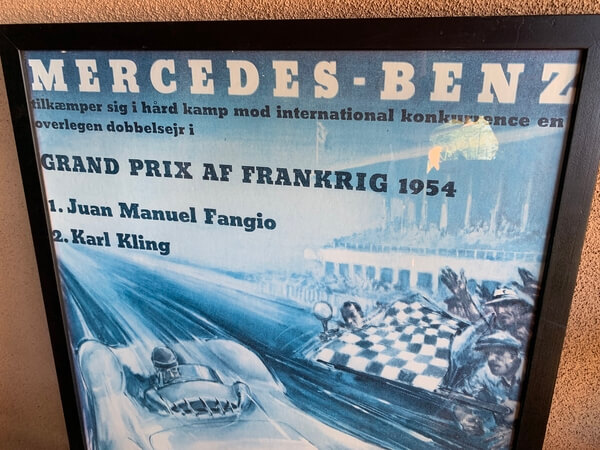