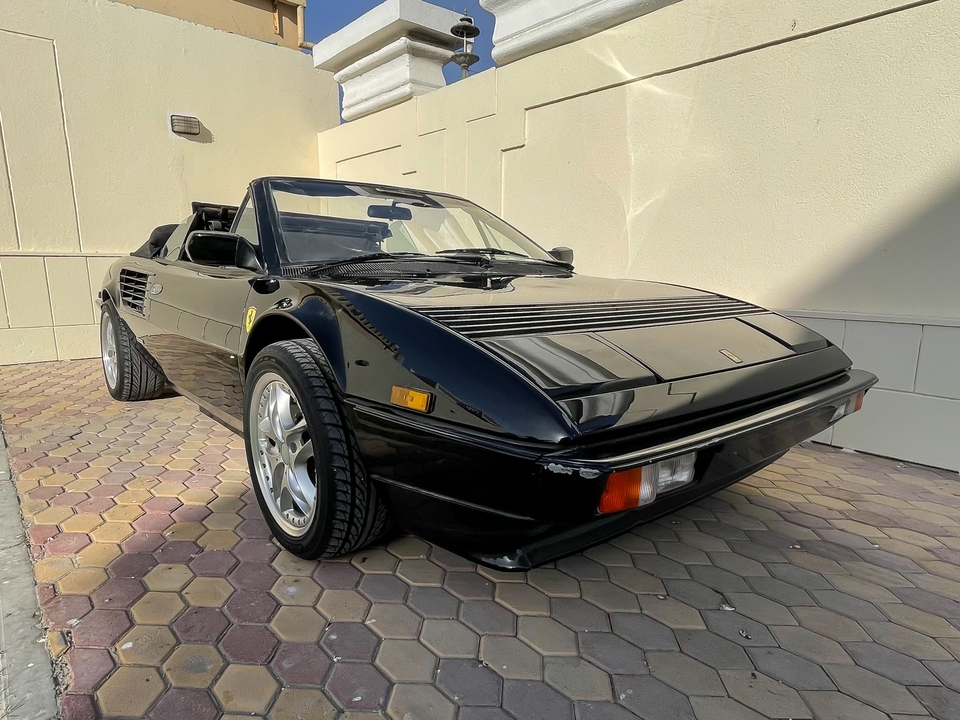 Now up for auction at no-reserve is this 1984 Ferrari Mondial QV Cabriolet finished in Black over a black leather interior.  One of Ferrari’s most successful cars of the era, the Mondial is a two-door four-seater grand touring sports car with design by Pininfarina and bodywork by Carrozzeria Scaglietti.  This U.S.-spec 1984 Quattrovalvole or “QV” version is equipped with the same V8 engine from the Ferrari 308 and is one of only 629 QV Cabriolet’s reported to have been built during the production run from 1983-1985, making it the rarest Mondial version of all. It is said to have been imported from the U.S. by the seller about four years ago before it was serviced and placed in storage.  Featuring a coveted 5-speed gated manual transmission, this Mondial is now being offered for auction at no-reserve by the seller out of the United Arab Emirates while showing approximately 34k-miles on the odometer. 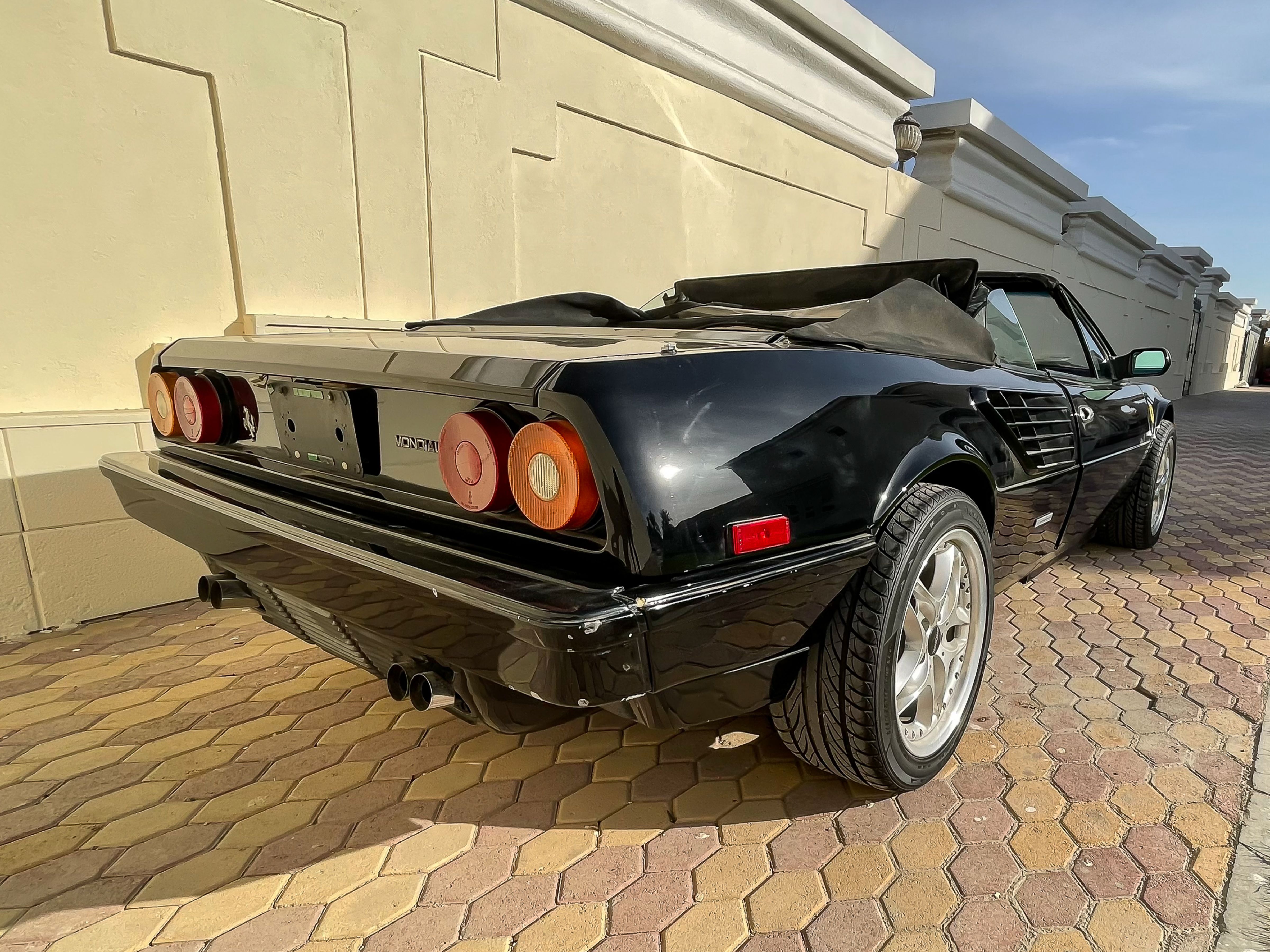 This Pininfarina-designed bodywork is finished in Black, and the paint exhibits some chips and signs of road-going wear as depicted in the photo gallery.  The Ferrari emblem is also missing from the trunk lid as well as the rear “Cabriolet” badge.  The body styling of the Cabriolet is very similar to the Coupe version with the roof maintaining the signature buttress design when in use.  Aftermarket Ronal 17” modular wheels are equipped and are currently dressed in Sailun tires. 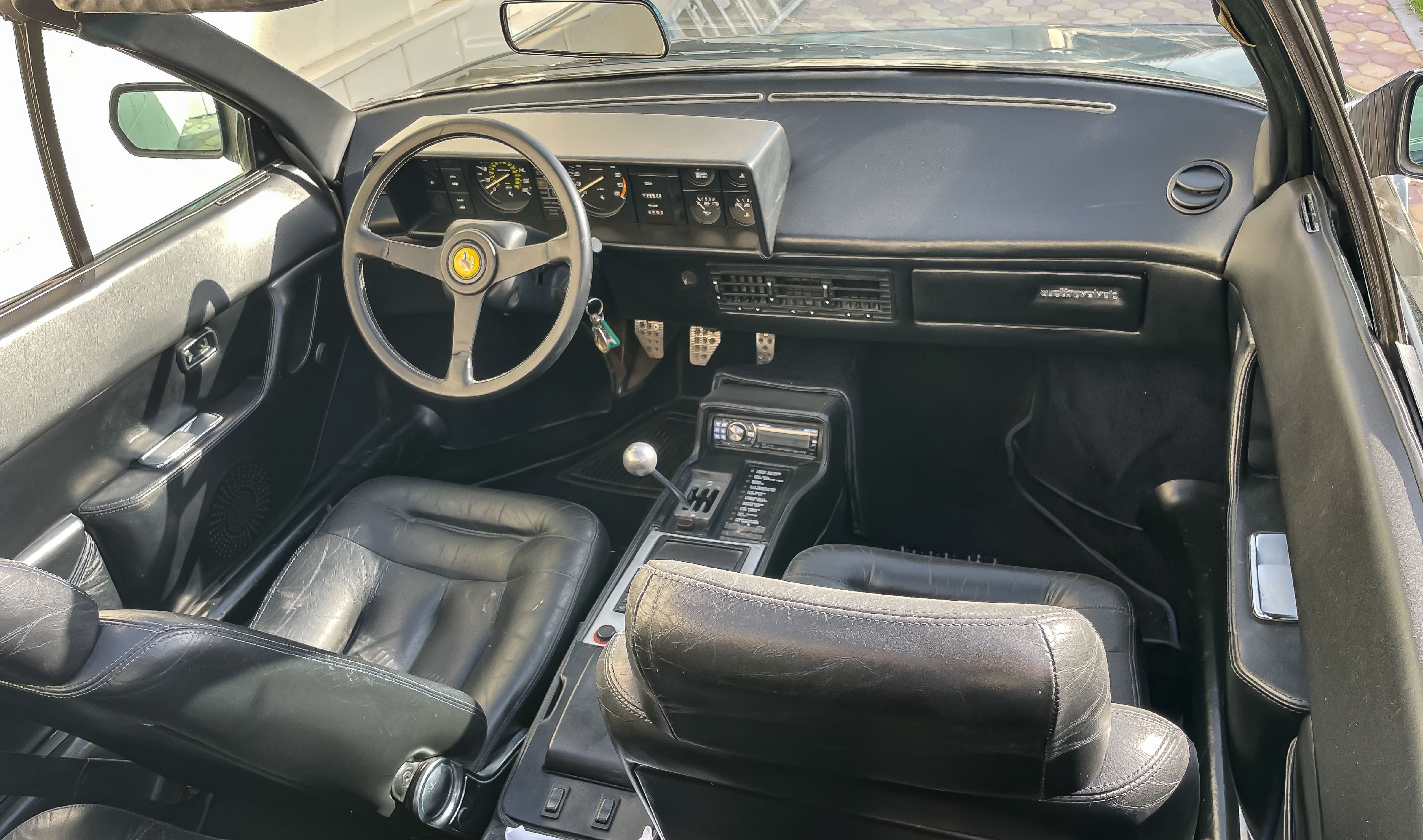 Inside, the black leather interior features a traditional gated manual shifter, three-spoke steering wheel, and analog instrumentation.  Signs of wear are present throughout the cabin and aftermarket speakers have been installed along with an Alpine head unit.  The gauges are said to be working properly and the air conditioning is currently inoperable. 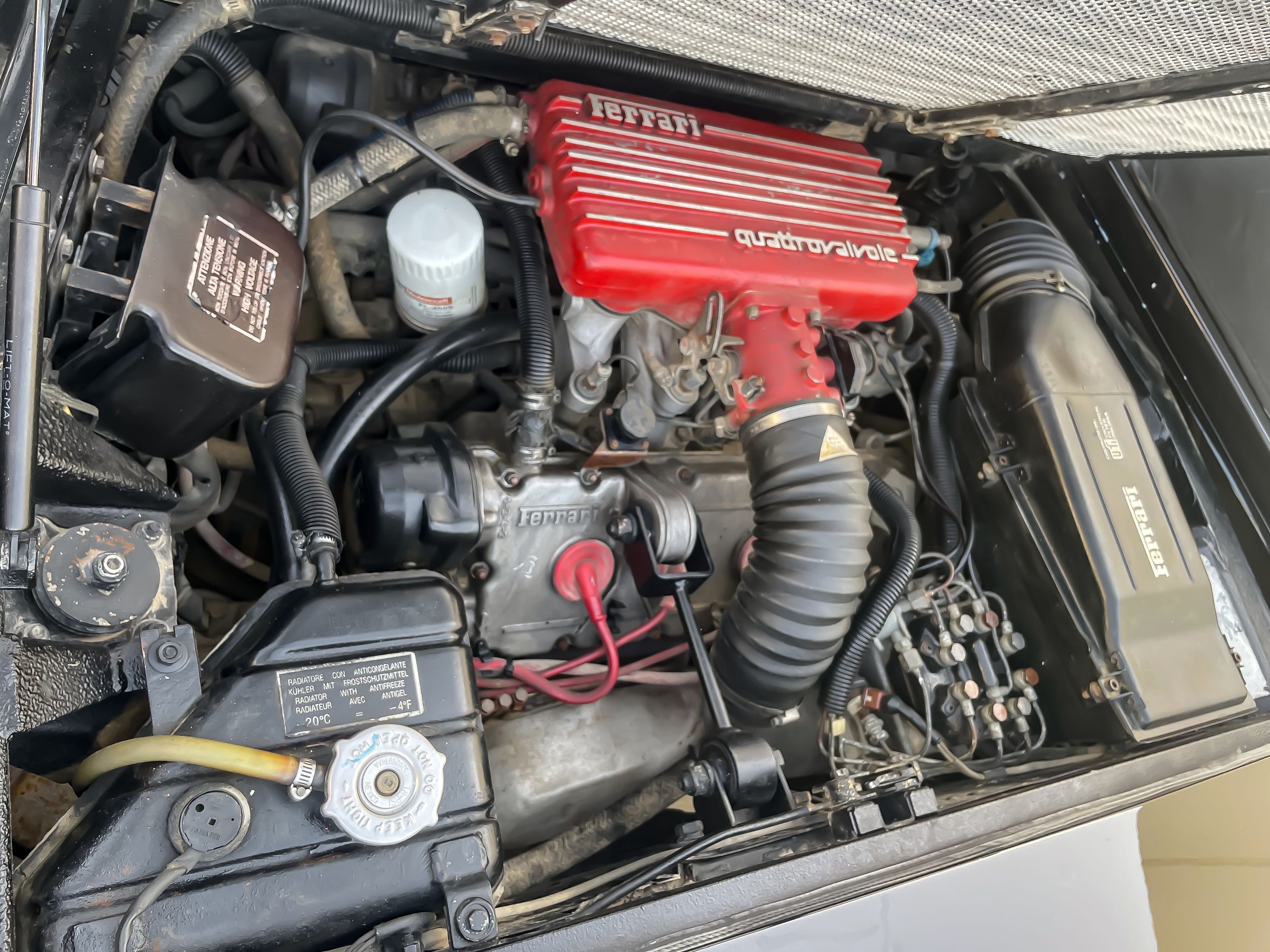 As part of a major update in 1982, the Ferrari Mondial received the same Tipo F105A 3.0L 32-valve engine used in the 308 GTB/GTS Quattrovalvole models.  As much as 240 HP is sent to the rear wheels through a 5-speed gated manual transmission.  After being imported to the U.A.E about four years ago, this Mondial received a new water pump, spark plugs, and fluids before being placed into storage where it has remained ever since. 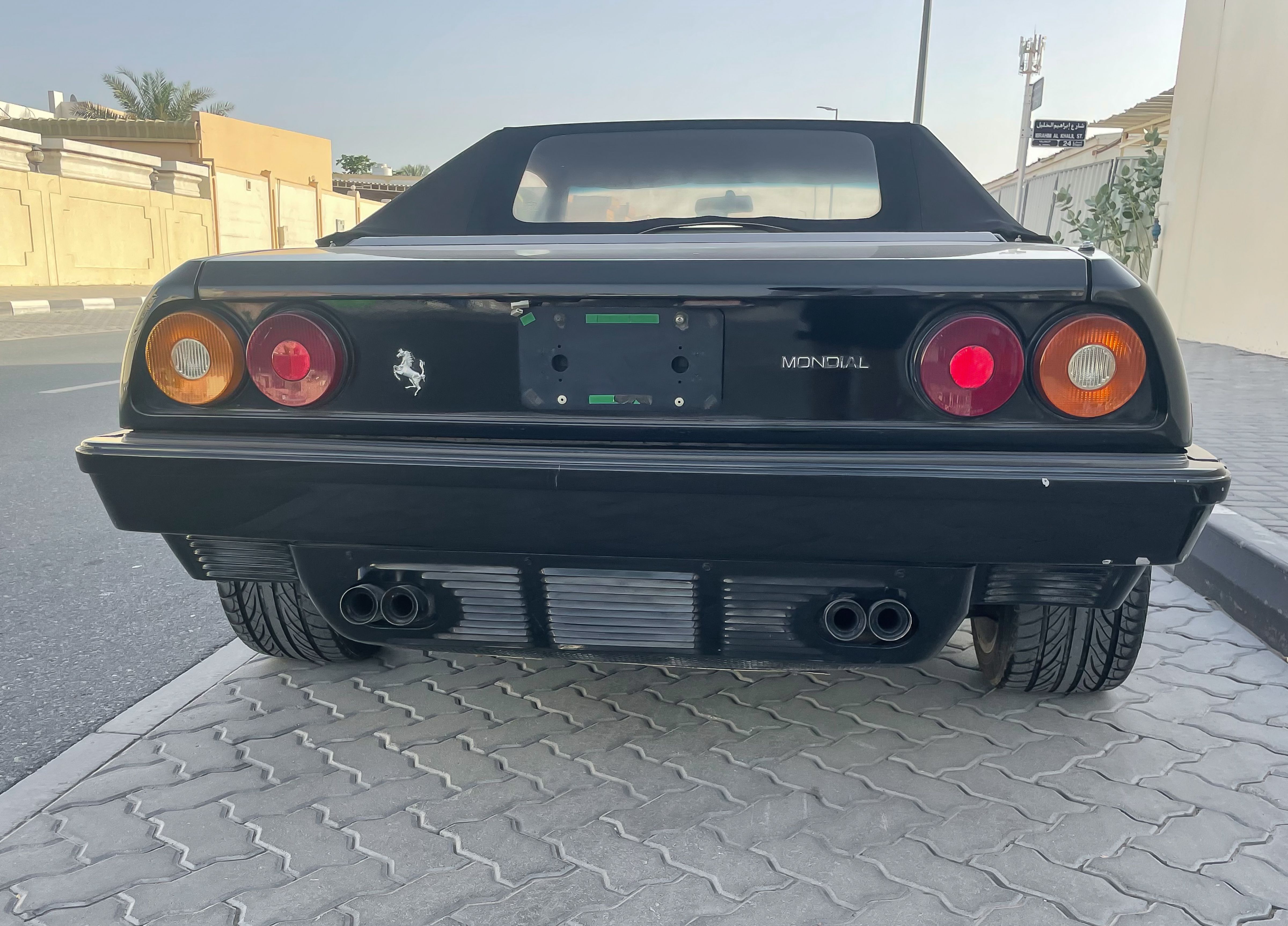 This sale will include one master key and a clean title.  Offered at no-reserve, this rare Mondial QV Cabriolet presents a truly incredible opportunity.