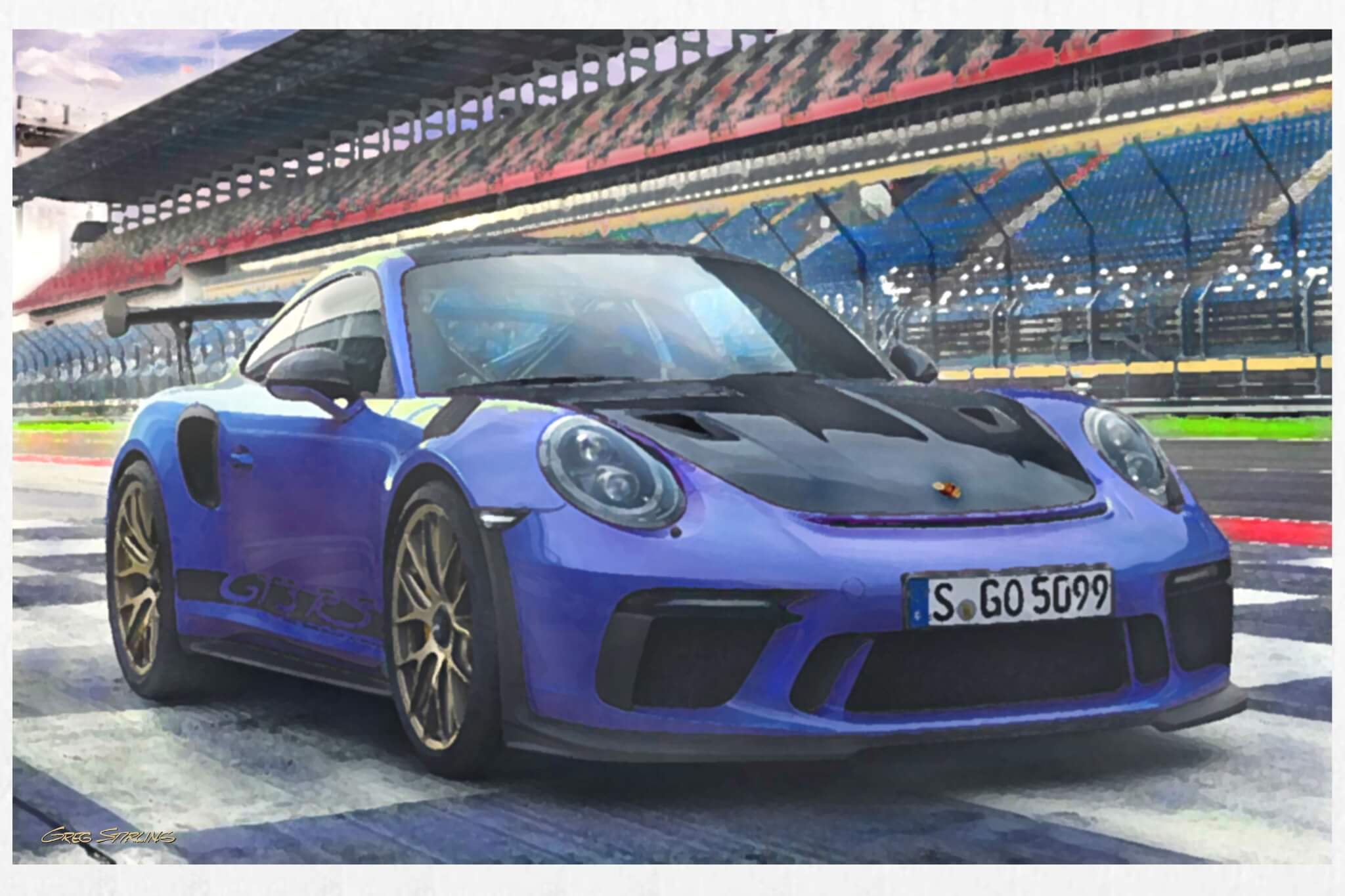 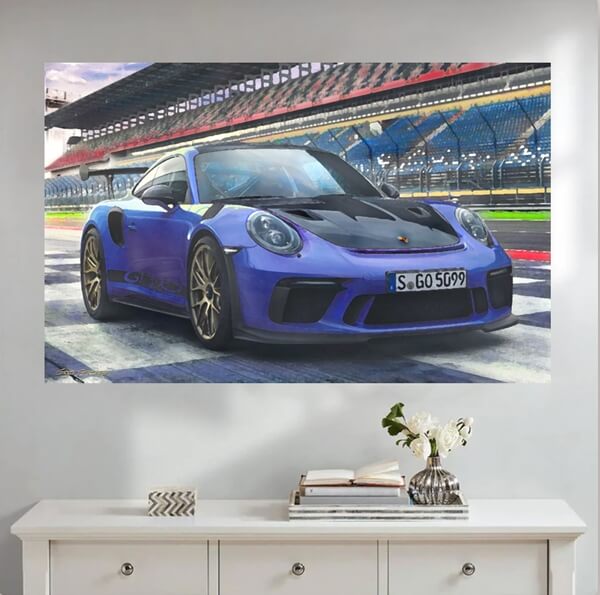 The GT3 RS gets 520 horsepower and 346 lb-ft of torque from the same flat-six engine in the GT3 (the redline set at 9000 rpm, making it the highest-revving GT3 RS ever). The whole car is heavily based on the GT3 with lots of shared stuff. But it’s the engine that sets the RS apart thanks to an extra 20 horsepower, as well as the fact that you can’t get it with a manual transmission. The chassis setup is also different, so the RS is quicker on the race track. The GT3 RS is 0.1 seconds quicker than the old GT3 RS to 60 mph, which now happens in just three seconds. The car also gets front brake cooling and new ball joints inspired by the GT2 RS, and a tweaked rear-steering system. If you think of the GT3 RS as a GT3 with more downforce, more power, and more grip then you are pretty close to the money. On April 18th, 2018 the 991.2 GT3 RS set a lap time of 6:56.4 around the infamous Nürburgring Nordschleife race track. It is the third Porsche production car to break the 7-minute barrier around the track, the first being the 918 Spyder. 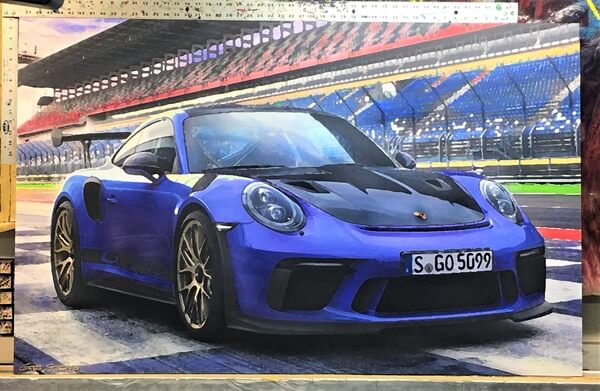 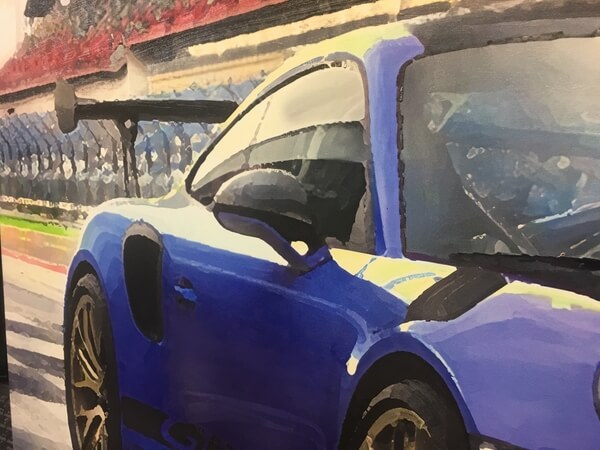 A message from the seller: "This Porsche 911 GT3 RS 991.2 was given a deep blue color. I also decided to create an impressionist race track background to complement this amazing vehicle. This extra-large piece measures 54 x 34 inches. The photos shown on the wall are to scale. A portion of the proceeds from this auction will be donated to the victims of hurricane Ian" 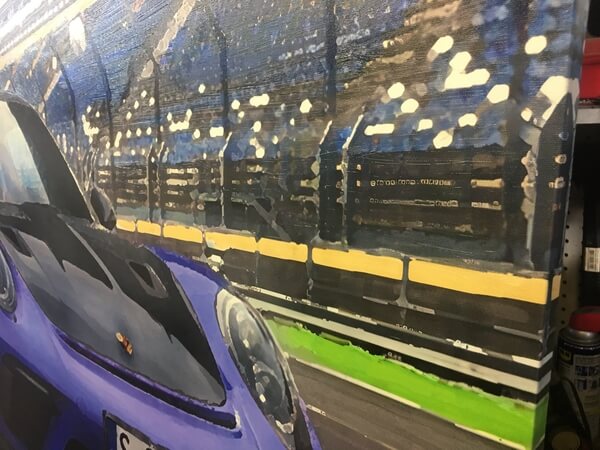