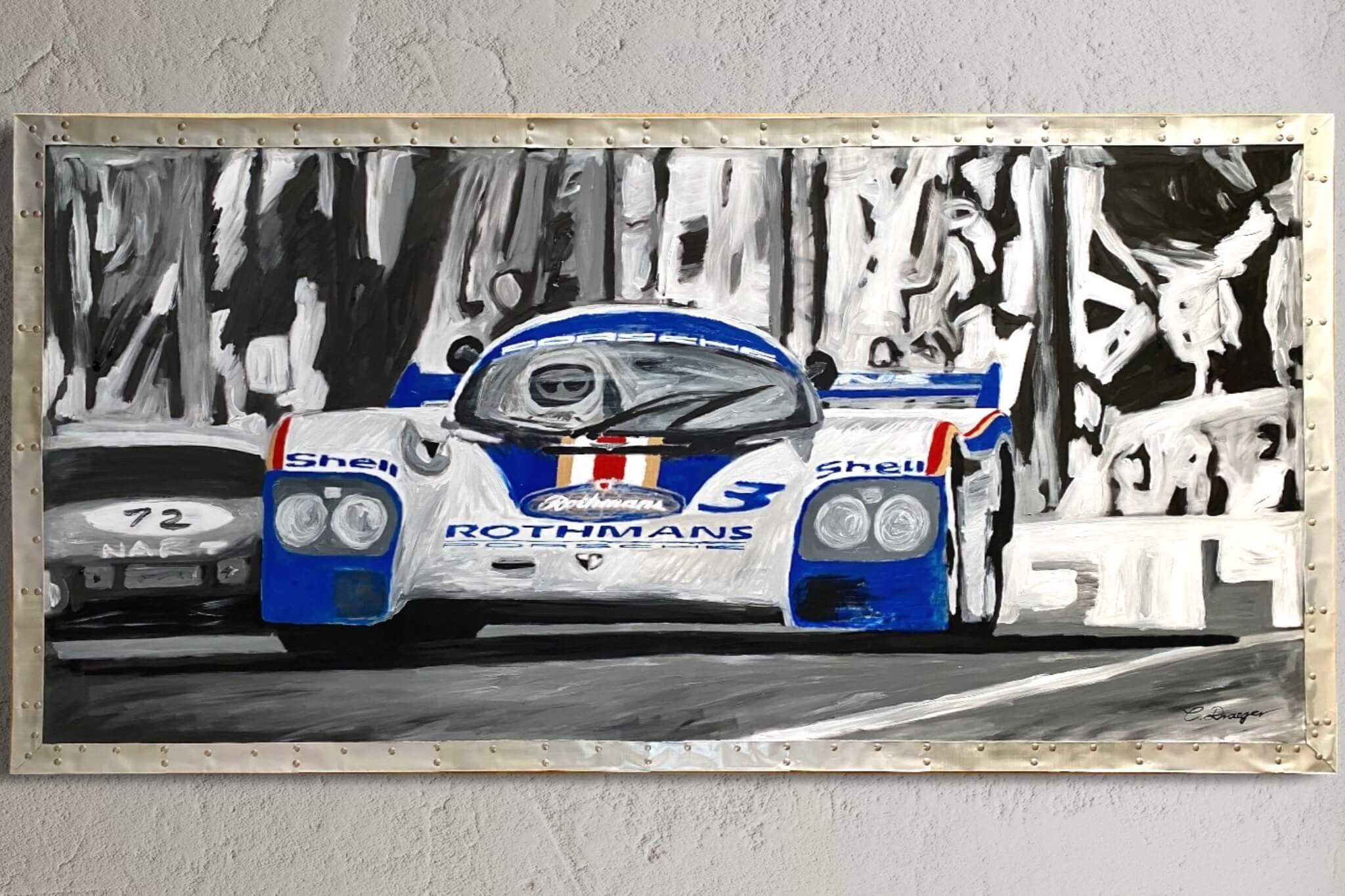 Available for auction is a painting by DCart depicting the Porsche 956 LH (long tail), chassis number 956.004 which was piloted by Hurley Haywood, Al Holbert, and Jürgen Barth as it fights for 3rd place at the 24-hour race in Le Mans 1982. The painting is a very large 71” x 36” finished on a premium canvas. The entire painting was kept in black and white - only the three well-known Rothmans colors blue, red and gold were highlighted using Marabu colors. The place on the circuit that represents the 956 is just before the very long Hunaudières straight, which in 1982 still had no chicanes. The painting's frame is made of handcrafted aluminum honoring the riveted chassis of the 956. 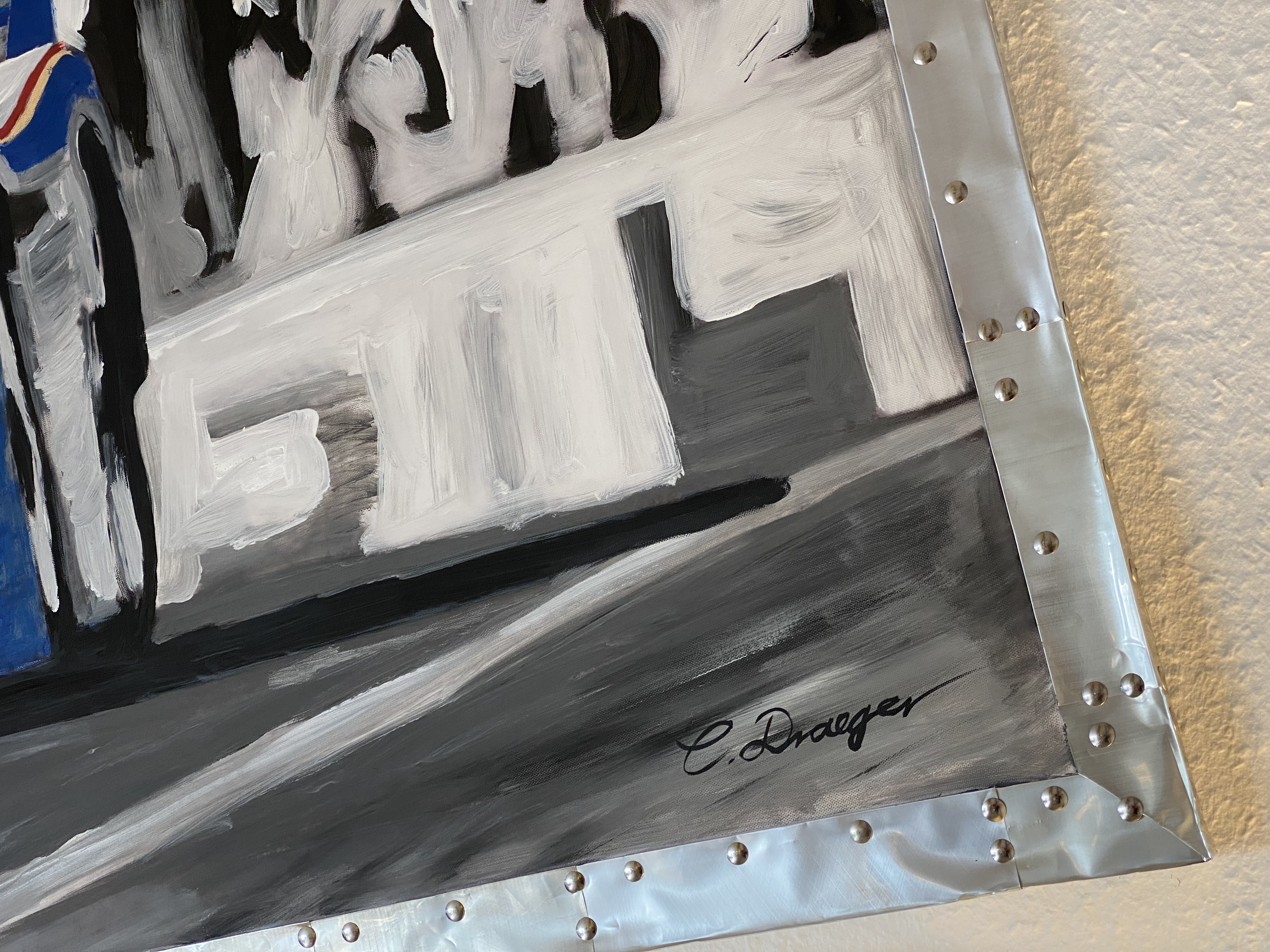 Few racers from the Porsche pantheon are as universally recognized as the 956. The car is a brilliantly engineered aesthetic marvel. It was the result of another round of FISA rule changes that ultimately led to the birth of several brand innovations. The 956 was the first Porsche racing car with a monocoque design, in which even the engine served as a supporting element. The 956 was also the first racing car with so-called ground effects, i. H. Aerodynamically channeling body panels to maximize cornering power. Developed from Indy racing, the turbocharged flat-plane 935/76 engine was tuned to meet new Group C regulations that limited fuel consumption during races. 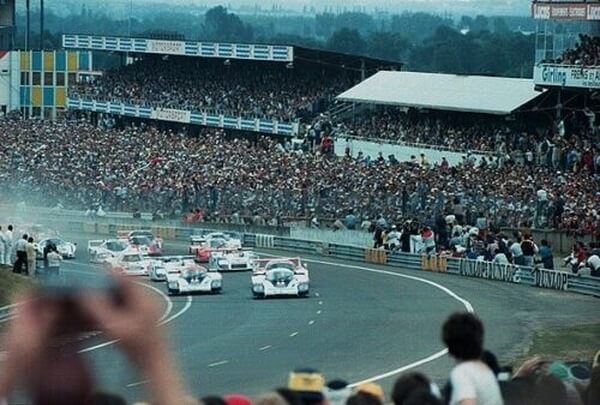 The 956 was an early winner, taking a 3-1 win in just its second race at the 1982 24 Hours of Le Mans. In the years that followed, the model dominated events: in 1983, the Porsche factory team sponsored by Rothmans again won the Le Mans race, in 1984 and 1985 the 956 was used by private drivers. After four consecutive wins by the 956 at La Sarthe, FISA changed the rules of Group C again, apparently to put an end to the unbeatable car. Despite these measures, the modified evolution of the 956, and the 962, was able to perform equally impressively in Group C and in the IMSA GT series in the United States. Altogether, the 956 and its derivative dominated prototype racing for over 10 years, during which time remarkably few changes were made, which is a true testament to the success of its design. 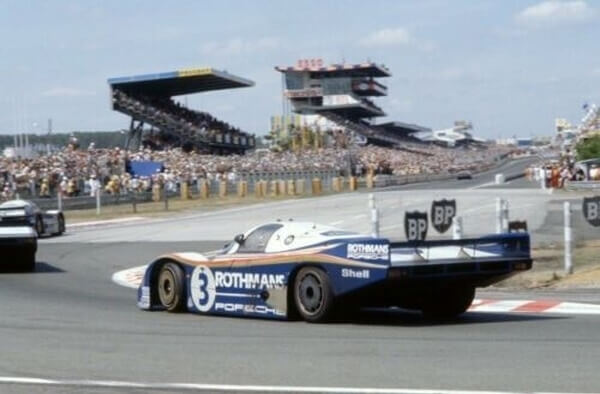 Chassis 956-004 is the fourth of just ten examples produced in the 956's first year. The car was completed on June 18, 1982, and set off for Le Mans the next morning. The #3 car featured a long tailgate (to improve stability on the Mulsanne Straight) and was driven by Hurley Haywood and Al Holbert, with factory test driver (and now-Porsche guru) Jürgen Barth filling in for Haywood when he got sick. At 4:00 am Sunday morning the car was in 9th place and within six hours was climbing up to 4th place to achieve Porsche's famous 1:3 victory. 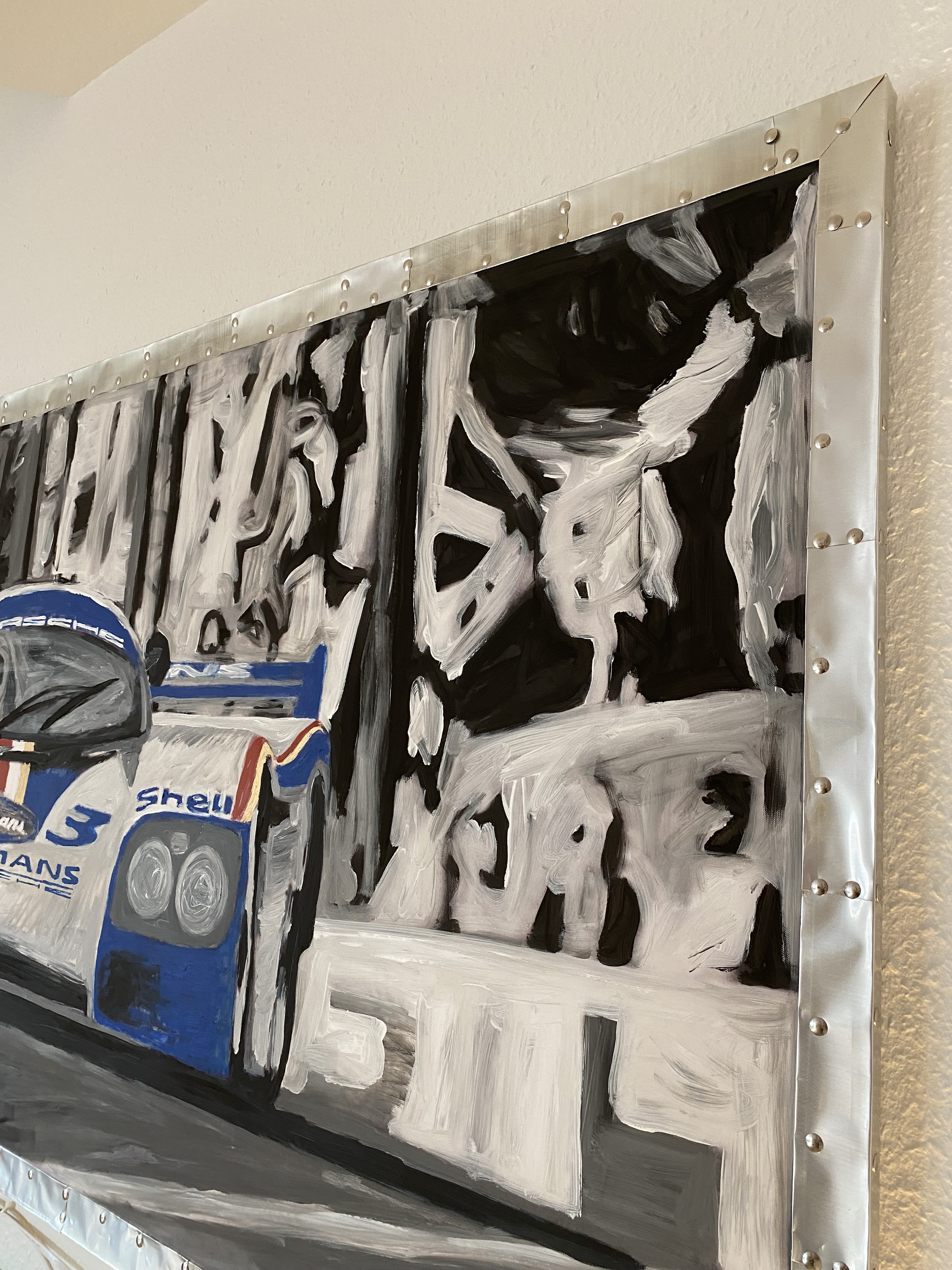 Behind the synonym DCart is Christopher Draeger, born in the 1980s in Friedrichshafen, Germany at Lake Constance. Due to the early entry into active motorsport and stations at the renowned German car magazine "auto motor und sport" and Porsche, there is more than enough petrol in his head. But since early childhood, art and creative work have been the second great passion in his life. Thanks to his mother, a studied art teacher, professionalism came more and more into his work, which now includes several hundred individual pieces and inspires sports car and motorsport fans worldwide. Customers now include the Arabian royal family, Porsche 918 customers, and Mercedes 300SL Gullwing owners, as well as customers on all continents of the world. 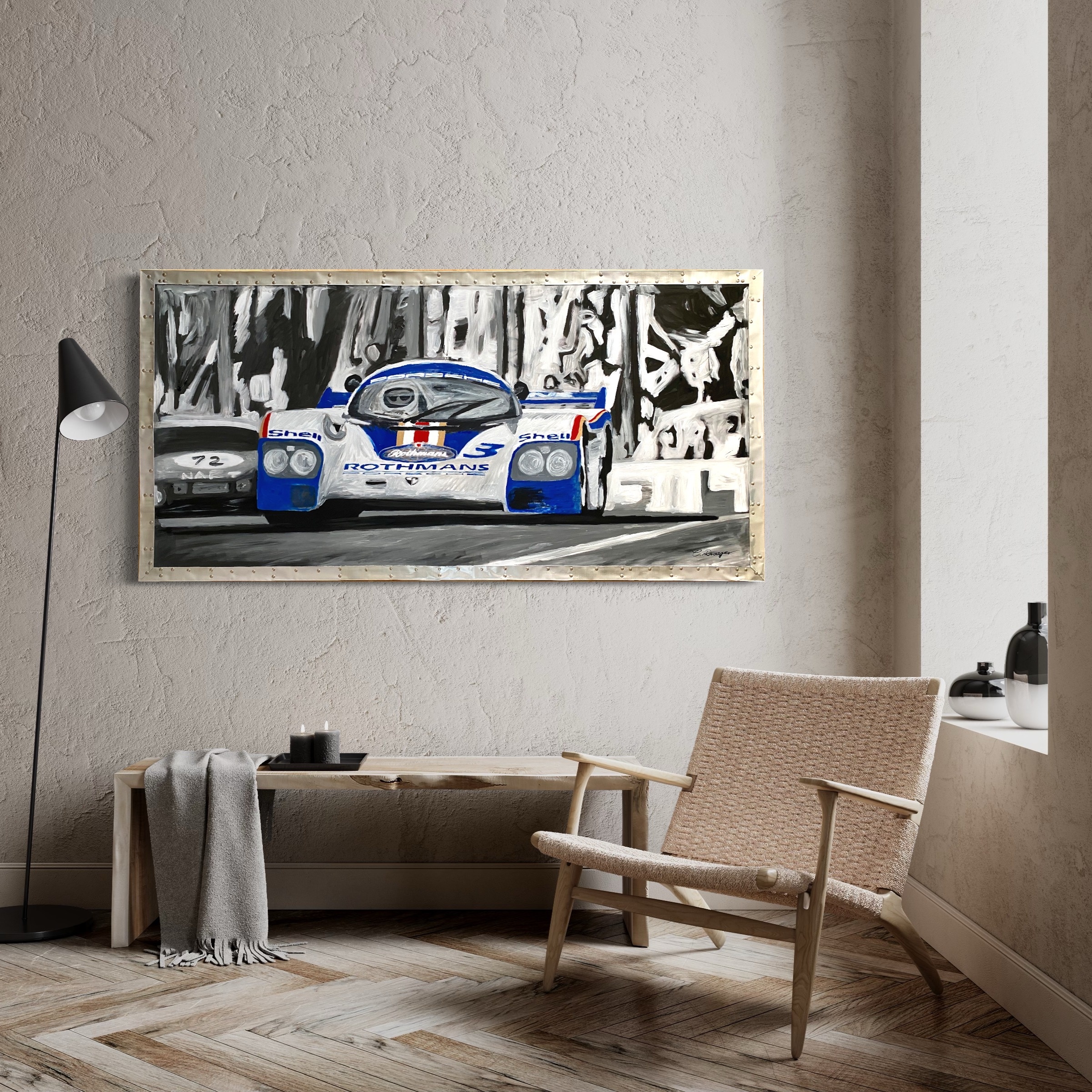 Included with the work is a certificate of authenticity with all details about the work of art. The shipment of the works of art is always very well secured, protected, and always insured. The buyer is responsible for shipping, handling, and fees.