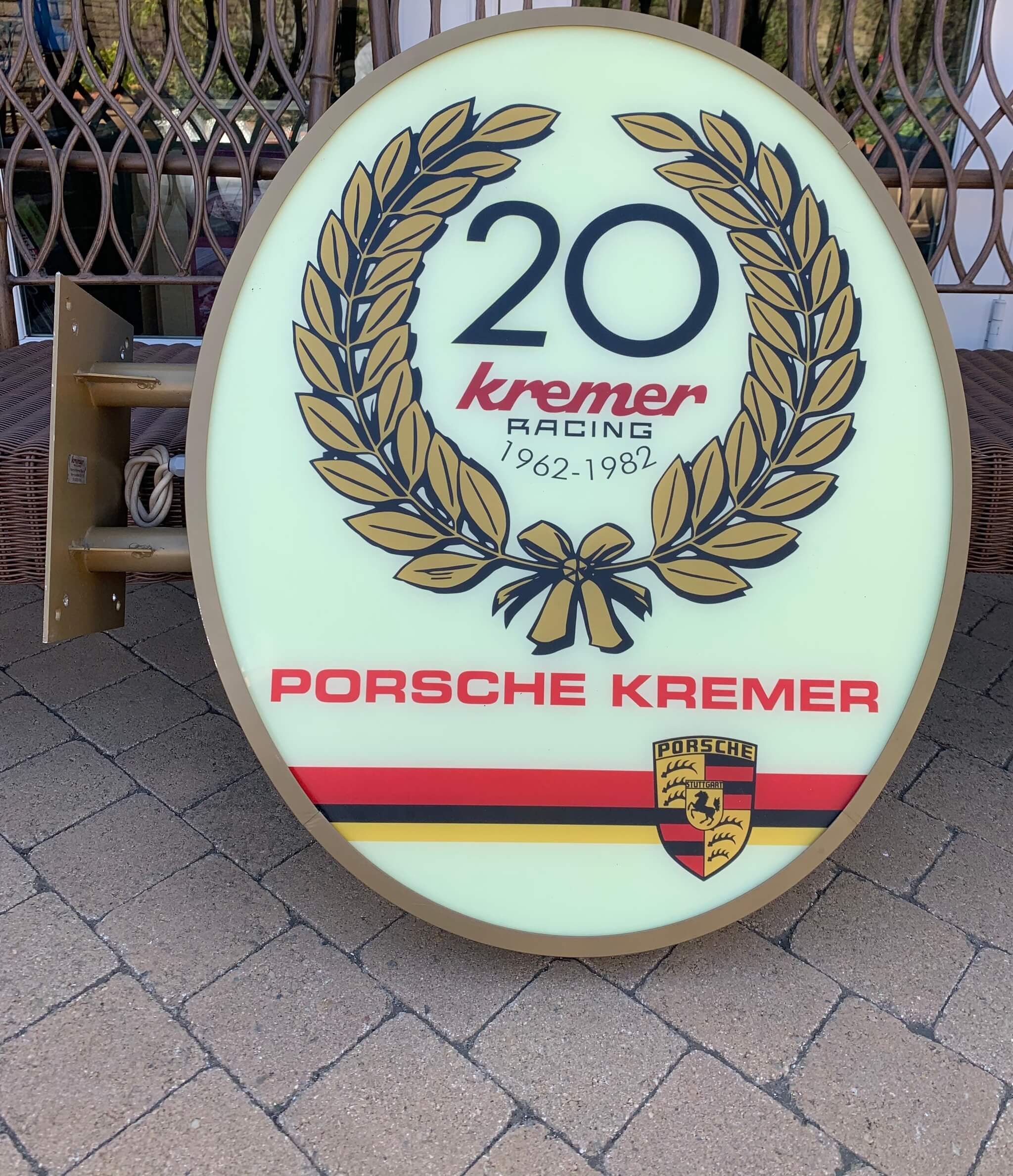 Up for auction is this double-sided Porsche Kremer Racing 20th Anniversary sign. This 1980s illuminated sign was imported from Germany and is currently wired for 220v. This sign measures 39" x 29" x 3.25" and is stated to be in great condition. The buyer is responsible for shipping and handling charges.

Kremer Racing was a motorsports team that defined Porsche’s racing success in the ’70s and ’80s as a factory-backed outfit as well as an independent. Erwin and Manfred Kremer, two brothers born in Cologne Germany, founded Kremer Racing in 1962 after strong careers of their own as international racing drivers who were already modifying Porsches. Kremer Racing started with the use of the 911, 914-6 GT, and 934, modified by the brothers to different specs using only the best equipment and partners. After finding major success with their own vehicles, the Kremer brothers decided to not only develop and race those creations under their own banner but made their legendary cars available to other teams with less technical capability.